Accessibility links
Movie Review: 'The Notebook' | What begins as a World War II weepie quickly morphs into a dark story of separation, brutality and parenting that's far from the current nurturing American model. 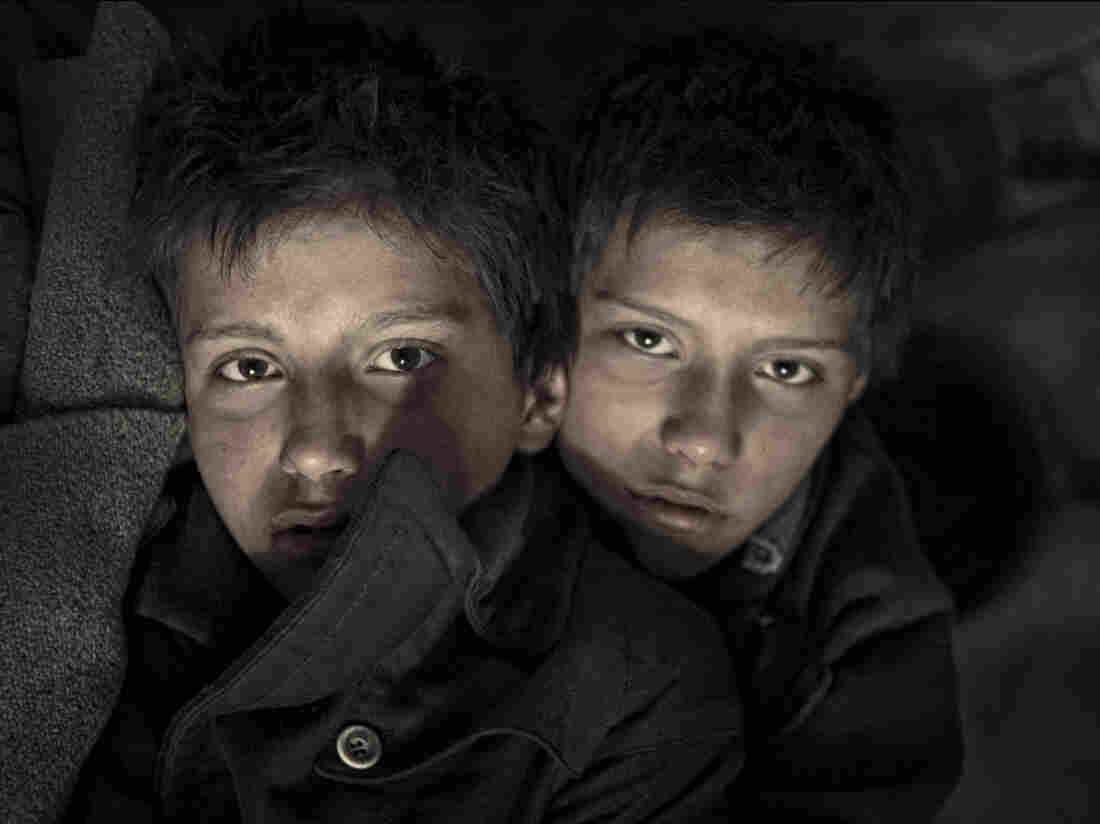 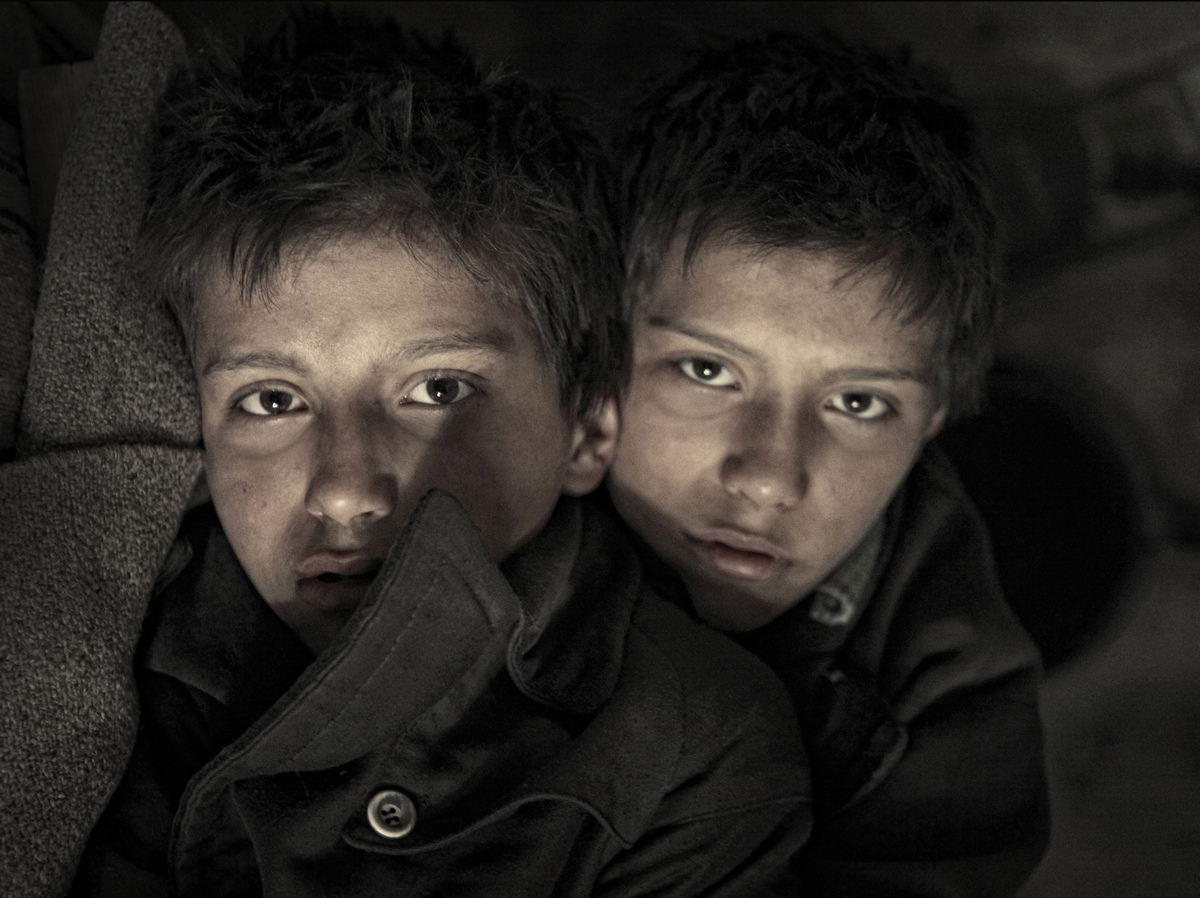 At first blush, the Hungarian film The Notebook (no relation, trust me, to that other Notebook) seems to be gearing up as a standard World War II weepie with clumsy plotting. It's 1944; the war is almost done; a father returns home on leave; brief scenes of domestic bliss follow. Then, out of the blue, Dad (Ulrich Matthes), seemingly worried that his twin sons would be "too conspicuous in wartime," packs them off to live with their grandmother in the countryside. Handing them a notebook, he tells them to record everything that happens to them.

In short order and against the grain of its bucolic naturalism, The Notebook slyly morphs into a grim fable of progressive human degradation. Either that or, if you've read your Brothers Grimm, it's a Calvinist fairy tale of extreme character-building. Grandma (a terrific Piroska Molnar) turns out to be a lush, a nasty witch and possibly a poisoner. She calls the boys "bastards," sets them to work chopping wood, and withholds tender letters from their mother (Gyongyver Bognar). The Nazi officer billeted in her barn (Danish actor Ulrich Thomsen, from The Celebration), who's either a predator or a protector, or both, proclaims himself the boys' "friend."

Joining forces with a village girl thief they call Hare Lip, the boys (played by twins Laszlo and Andras Gyemant) take on the hypocritical priest and his sexually abusive maid. They try to protect a kindly Jewish cobbler from a Nazi roundup. They bring food and blankets to an AWOL soldier.

Note that none of this is done out of fellow feeling. Note also that the handsome twins acquire a mean zombie stare to match their own increasingly savage behavior. They slap one another around, devise savage endurance tests for themselves, practice random acts of cruelty. Indeed, the boys seem to be fulfilling, in its purest form, the task allotted to every Grimm child: to toughen up in preparation for life's adversities in and out of wartime. Fear-based discipline, that's the ticket!

So what exactly is The Notebook, which is based on an acclaimed novel by Hungarian writer Agota Kristof and directed with panache by Janos Szasz? For sure, it's more than a picaresque wartime action adventure, or even a cautionary tale of Protestant spine-stiffening and abstract ethics. Maybe it's a parable of Freudian individuation and separation from mom and dad?

Possibly, but there's more to this than coming of age, though it may surprise you to learn who finally equips the boys with what they need to grow up and begin to live as adults. And that one of the boys walks over the corpse of a close relative whom the twins have essentially sent to that person's death.

Straddling nihilism and a moral fastidiousness so "pure" it flirts with the very fascism it means to critique, The Notebook cedes not one solitary inch to humanism. That is a time-honored strategy in the theater of cruelty, which is predicated on pushing an argument as far as it will go. It's a gambit that allows the artist to examine questions of good and evil without gumming up the works with easy sentimentality.

As moral and intellectual inquiry, though, it's also a blunt instrument that flattens crucial distinctions between degrees and kinds of wrongdoing. Should we equate Nazi genocide with the rape and beatings practiced by Russian liberators? Is innocence of its nature evil? Is the cruelty of children equivalent to that of adults?

If nothing else, The Notebook runs exuberantly counter to American melioration, optimism and the horticultural view of nurturant parenting that dominates our culture. Which may be why, in 2013, having made it to the long list of foreign language films up for an Oscar, the film stayed right there. I wouldn't bet on its prospects as mommy-blog click bait either.