Accessibility links
Raising A Birthday Glass To Comics King Jack Kirby This Thursday is comics legend Jack Kirby's birthday; the creator of Captain America would have been 97. Comics stores and creators all over the country are hosting celebrations in his honor. 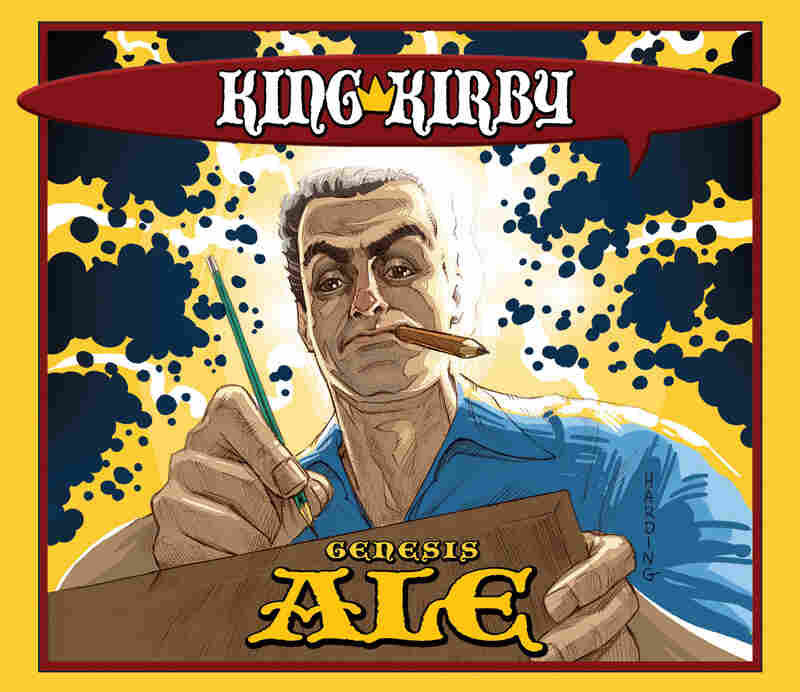 Artist Paul Harding's take on Jack "The King" Kirby, which is featured on the special-edition beer brewed for a Kirby Day celebration at Schmaltz Brewery in Clifton Park, N.Y. Paul Harding hide caption 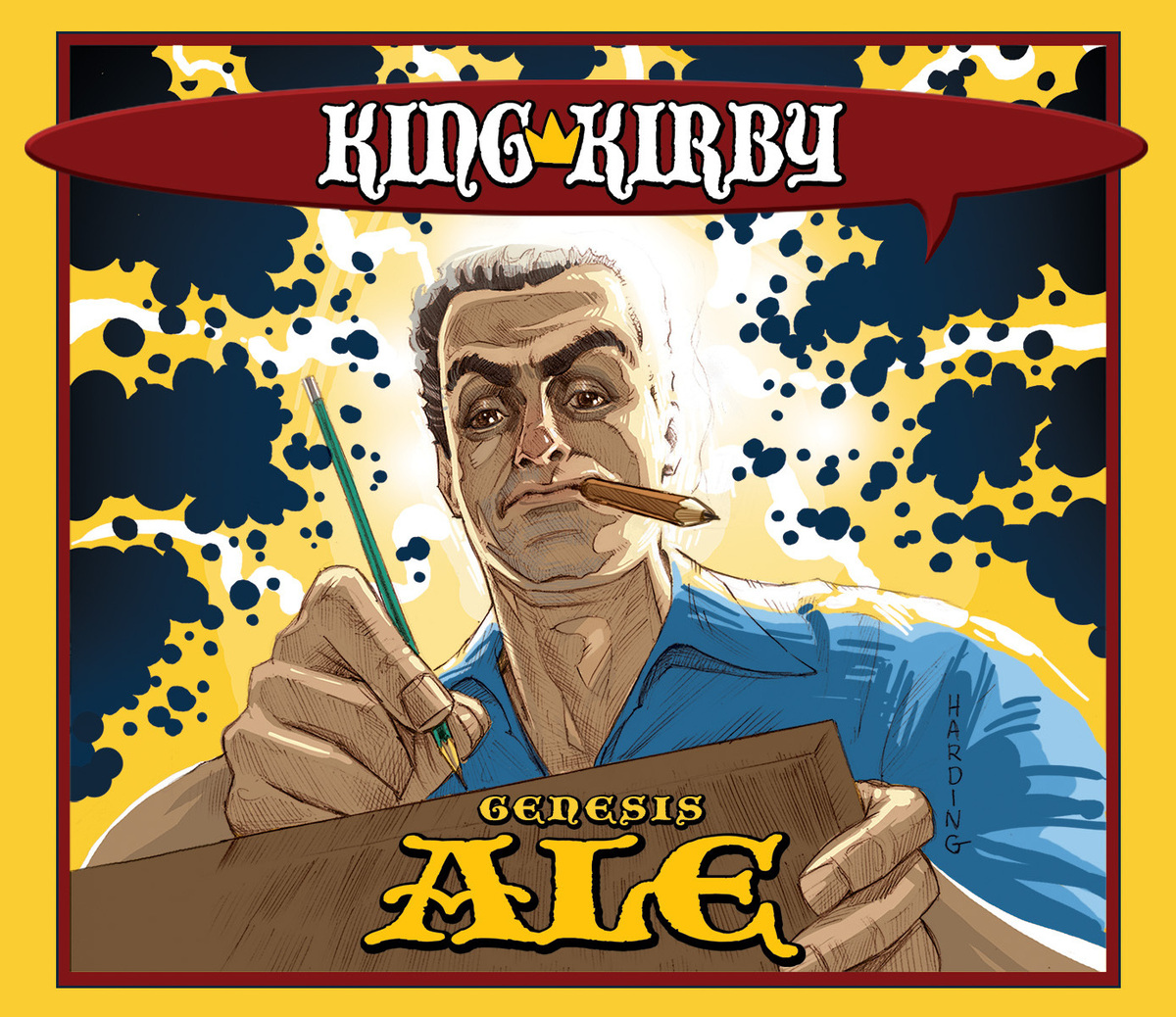 Artist Paul Harding's take on Jack "The King" Kirby, which is featured on the special-edition beer brewed for a Kirby Day celebration at Schmaltz Brewery in Clifton Park, N.Y.

If you've seen Guardians of the Galaxy, you know Groot — the singing, dancing, crime-fighting tree. Groot was created by comics legend Jack Kirby, who's also responsible for Captain America and was the co-creator of the Avengers and the X-Men. Kirby died in 1994, but his birthday on Aug. 28 has become something of a national celebration for comic book fans.

In the back room of a brewery just outside Albany, a small group of comic shop owners and comics creators gathers around a sketch of Kirby. The likeness peers intensely out from the page, inking pen in one hand, pencil clenched in his lips. But it's not in a comic book. It's the label on a bottle of beer.

"I just wanted to capture sort of his artistic power," says artist Paul Harding. "Sort of an extreme view looking up from his drawing surface." Harding is the sculptor behind a lot of the action figures you see in stores. He drew the image of Kirby. The group is slapping it on limited-edition beer bottles in preparation for Kirby Day. As they work, they trade tales of the legendary Jack "The King" Kirby.

Anybody working in the industry now, whether you're a writer or an artist, stands on Jack Kirby's shoulders.

Fellow party organizer Ron Marz says Kirby's artwork scared him as a kid. "I was really kind of weirded out by the square fingers and the tortured poses on all the characters. But I couldn't look away from it either."

Marz has written for Silver Surfer, Green Lantern and Witchblade, as well as the famous DC vs. Marvel Comics crossover series of the mid-1990s. "Anybody working in the industry now, whether you're a writer or an artist, stands on Jack Kirby's shoulders," he says.

But if you don't know comics, you may not know Kirby. You probably know his more media-friendly partner, Stan Lee, who tends to get more credit from both fans and publishers for creating the Marvel Universe. Kirby preferred the introspective quiet of his drawing board.

Comics shop owner John Belskis was lucky enough to meet Kirby once at a convention. The King was sitting in the artist's alley by himself, completely overlooked while conventiongoers flocked to celebrities like Lee and Image Comics founder Rob Liefeld. "I thought to myself, this is ridiculous. This is like, a comic legend, and there's nobody here," he says.

It was toward the end of Kirby's life, when he suffered from arthritis and would not sign his work for fans. But Kirby and his wife, Roz, made an exception. "Roz kind of told me, 'Give me the pages,' and they went behind a curtain and when they came back out, the pages were signed," he recalls. "Did she sign them, did he, I don't know — it didn't matter at that point."

Belskis and company wanted to make sure Kirby and his contribution to pop culture were remembered. Their celebration springboards off a small national movement to celebrate his birthday started by Kirby's granddaughter in 2012. "The comic community at large understands and cares. Fandom, guys with shops, creators, everybody," Belskis says.

Once all the labeling is done, the crew will pack the bottles into cases, ready for the birthday bash. Notable comics creators will be there, and they plan to auction off one-of-a-kind items like a statue of Groot. All proceeds will go to the Hero Initiative, a fund that helps provide a financial safety net for struggling comic book creators.