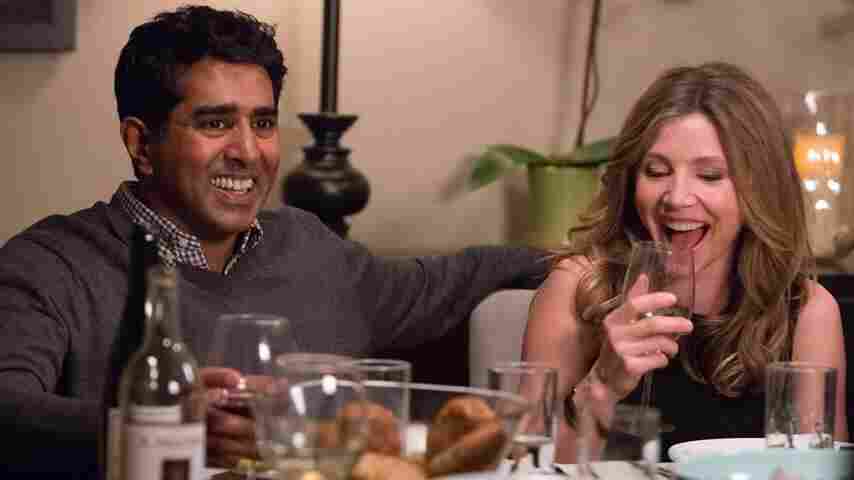 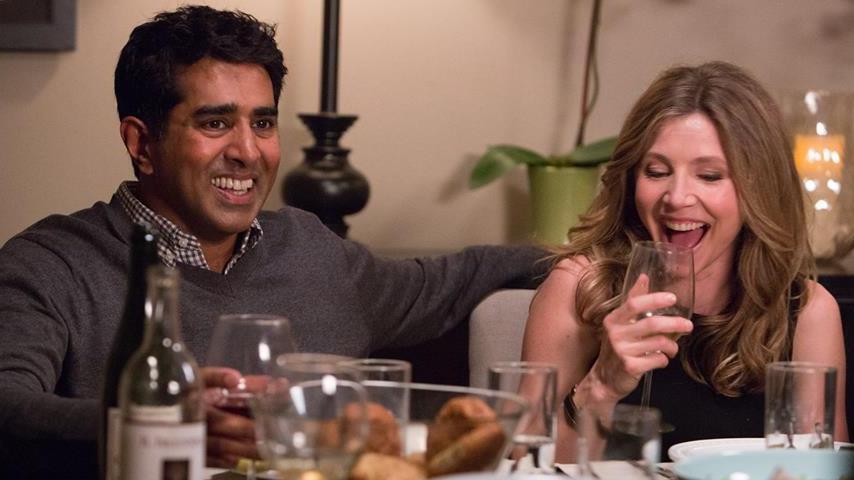 Jay Chandrasekhar and Sarah Chalke are a married couple in the new Amazon Studios pilot Really.

When it comes to original TV series, it's tough to understand exactly where Amazon is going.

At first, its strategy seemed simple: It went where big-ticket competitors like Netflix and HBO didn't, greenlighting comedies like Garry Trudeau's political satire Alpha House and the Silicon Valley series Betas, along with a raft of kids' shows.

But then it picked up four drama series, including Transparent, a show starring Jeffrey Tambor as a father who shocks his family by coming out as transgender (10 episodes of that show will be released at once on Amazon Prime Sept. 26). All these decisions to go to series, the company said, were influenced by Amazon customers who weighed in on the pilots.

Now the company has asked customers for feedback on five new pilots — three dramas and two comedies — and the question arises again: What exactly are these guys trying to accomplish here?

The new pilots cover a lot of ground, from a contemporary dramedy about middle-aged married couples to a thriller about a mysterious illness connected to social media and a hardcore drama about a hallucinating judge who believes God is speaking to him through his comatose son.

What they have in common: high production values, performers you've seen before and a sense that they exist as passion projects for the creative minds behind them.

To be honest, it's tough to imagine any of these pilots earning a spot on HBO, Showtime, Netflix or any of the other, traditional homes of quality TV these days. They feel more like well-crafted shots in the dark — interesting ideas that a platform looking to make a name might bankroll, in hopes one of them becomes a surprise, attention-getting hit.

It's also difficult to know if the customer feedback portion of all of this is a gimmick or something more. Amazon's pilot decisions so far have mostly been no-brainers — when X-Files creator Chris Carter, novelist Michael Connelly or Doonesbury's Trudeau offer to make a show for your upstart original series effort, you're gonna say yes.

But this group of pilots is tougher to judge. Most of them unfold slowly, with twists at the end that redefine the series premise — which can leave viewers feeling like they spent quite a long time watching one show that ended up turning into something else. And then there's the nudity and f-bombs that even standard cable series don't dare show yet.

At the risk of affecting Amazon's own public feedback, here's my best-to-worst ranking of their latest pilots, along with my thoughts on which shows have much of a chance as a series. Click here to check them out for yourself.

No. 1: Really -- This dramedy about a group of mostly married, middle-aged couples was written, directed by and co-stars comedy director Jay Chandrasekhar. It's baldly honest about life in a longtime marriage — one scene features his wife, played by Scrubs alum Sarah Chalke, surprising him, um, pleasuring himself — and the dynamic among a bunch of couples who have known each other awhile. But things get odd when Chandrasekhar's character learns two others from his group have had an affair (Selma Blair plays one of them), threatening the connections among all his friends. I may just like this because I'm a middle-aged guy who has been married, but it felt like the most realistic and consistently entertaining pilot of the five.

No. 2: Red Oaks — It's a story we've seen many times before — college-bound kid takes a summer job at a country club and comes of age — but this time it's from Sundance award winner David Gordon Green (Pineapple Express) and executive producer Steven Soderbergh. The kid is an assistant tennis pro at a mid-'80s-era country club, dating an aerobics instructor but drawn to the mysterious daughter of a jerky corporate raider. Paul Reiser is enjoying himself as the raider, and Richard Kind is the kid's nebbishy dad. The key question here is whether they can create a series that's more than an updated mashup of Porky's and Dirty Dancing.

No. 3: Hand of God -- Sons of Anarchy alum Ron Perlman is a judge who's losing his grip after his son shoots himself in the head and lands in a coma. The judge becomes convinced that God is speaking to him through his son, sending him on a bizarre, bloody quest. This pilot has a bit of star power, with Dana Delany playing the judge's wife and Garret Dillahunt (Raising Hope) as a born-again Christian and violent sociopath. Despite all the talent here, the twist at the pilot's end was the only thing that kept me engaged in this depressing, sometimes predictable story. 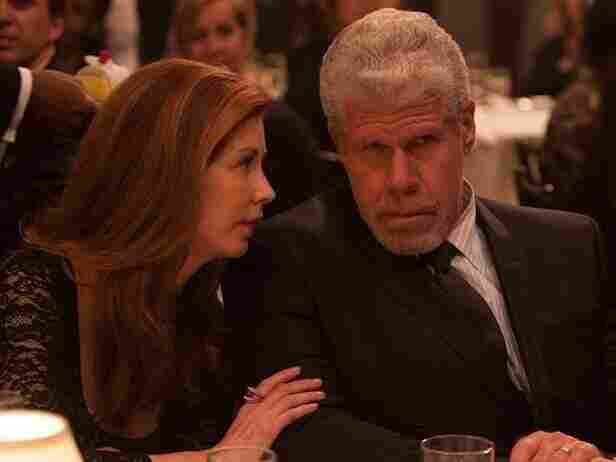 Dana Delany and Ron Perlman star as a judge and his wife in the Amazon Studios pilot Hand of God. Karen Ballard/Amazon Studios hide caption 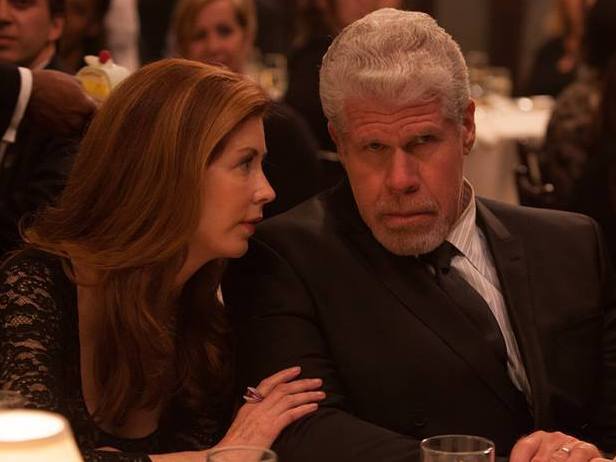 Dana Delany and Ron Perlman star as a judge and his wife in the Amazon Studios pilot Hand of God.

No. 4: Hysteria — Former teen heartthrob Shaun Cassidy wrote this meandering thriller about a neurologist trying to understand an odd, quickly-spreading illness that causes violent spasms and fits. Mena Suvari is the doctor, with a checkered past of her own; other stars include NYPD Blue alum James McDaniel, ex-Grey's Anatomy star T.R. Knight and former Just Shoot Me cast member Laura San Giacomo. The pilot feels a bit overstuffed and the premise implausible; mostly, it's tough to care about any of these characters.

No. 5: The Cosmopolitans — Young American expatriates look for love and friendship in one of the most complicated European cities to find either one in: Paris. Sharper minds may see something of value here, but I felt like I was watching a long, badly written Saturday Night Live parody, with Adam Brody talking way too much and Chloe Sevigny not appearing nearly often enough. Watch only if you're drawn to the prospect of spending a half-hour watching five people go to a party and then get kicked out of it.