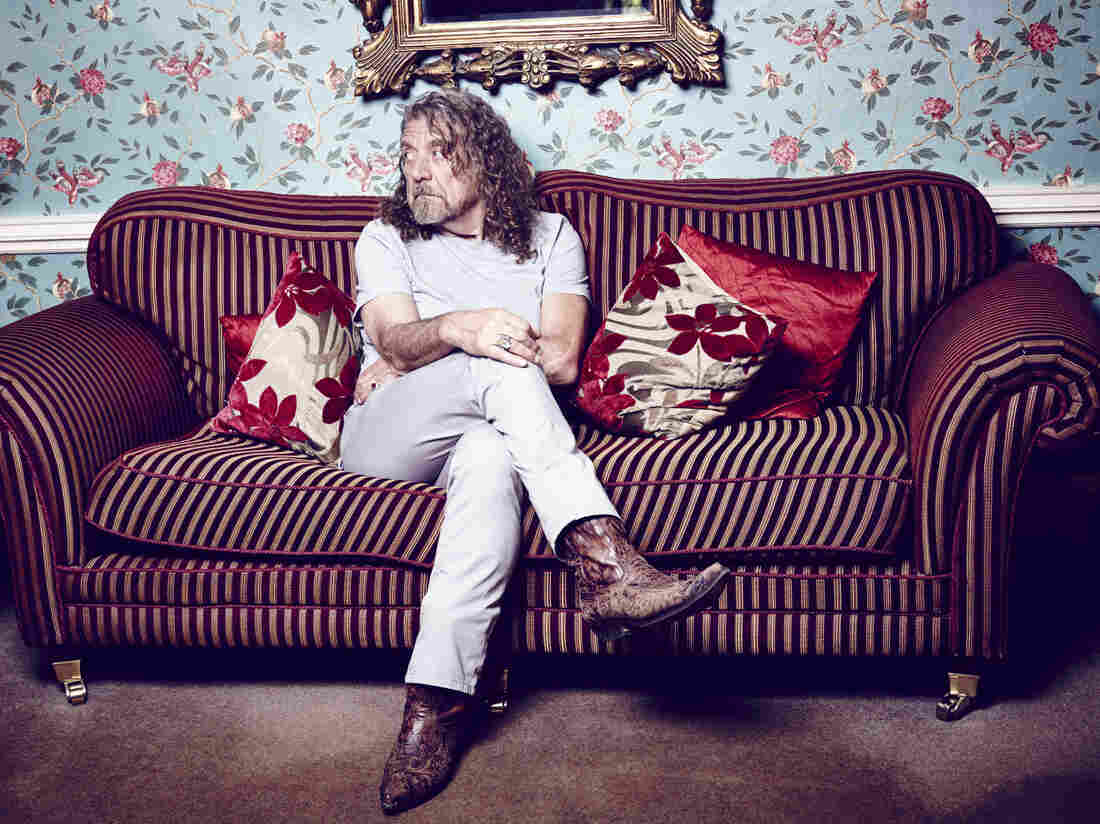 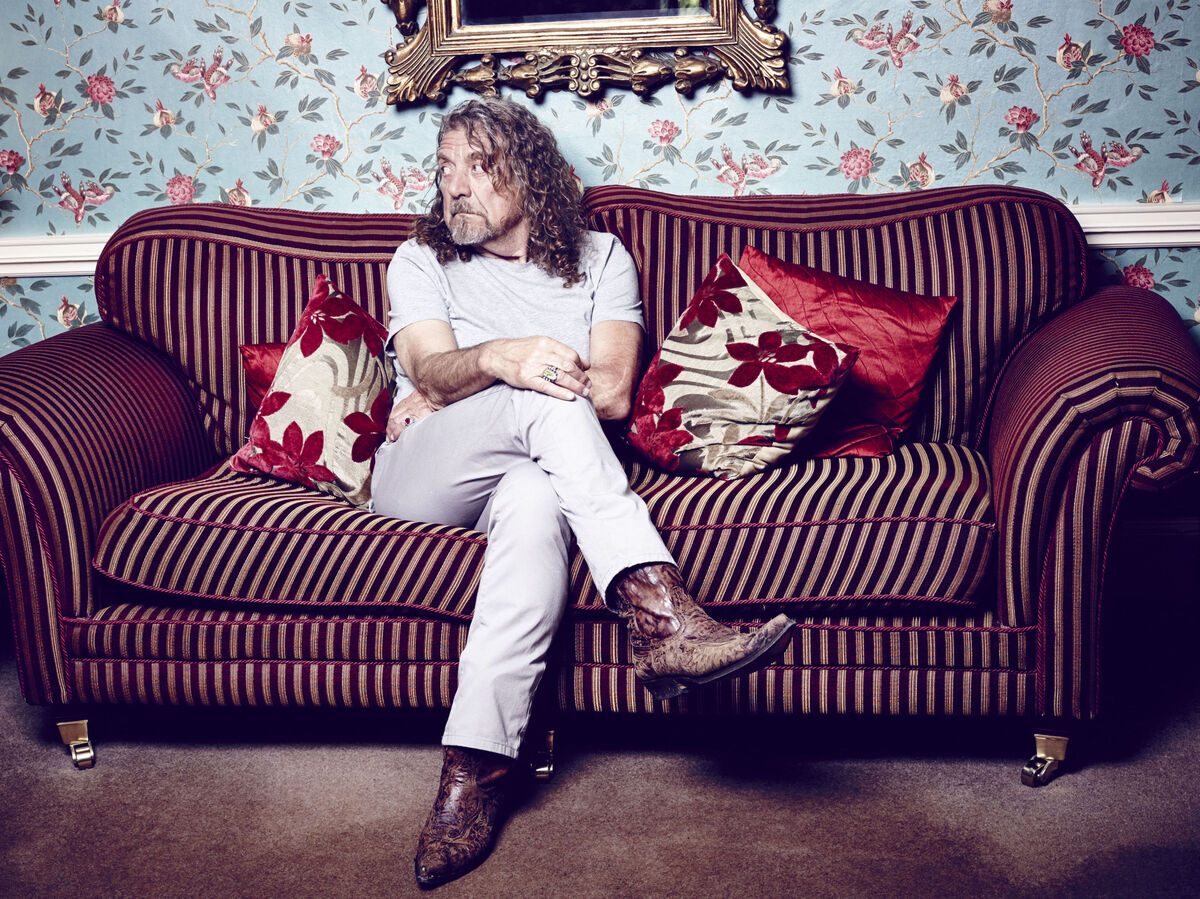 lullaby and... The Ceaseless Roar

The Irish poet William Butler Yeats once famously evoked the drift of time through the image of old men gazing at their own watery reflections. "Everything alters, and one by one we drop away," Yeats' elders say as they themselves sit solidly at the shore. Robert Plant is hardly the gnarled specimen Yeats described — at 66, the singer is still a majestic rock presence, at peace with the legacy of his hard-rock-defining band Led Zeppelin, while remaining relentlessly creative in his solo work. But on his 10th solo album, Plant does pause by those waters to consider the aesthetic, emotional and spiritual currents that have shaped his illustrious life. He finds himself, characteristically, not saddened but renewed.

lullaby and... The Ceaseless Roar is an expression of many kinds of rich, autumnal love: of the English countryside to which Plant recently returned after several years living and working in Nashville and Texas; of the musical diaspora he's been exploring since Led Zeppelin first connected its American-inspired blues to North Africa in "Kashmir"; of the Celtic and Romantic literary lines he's always favored; and of a woman, whom the songs' narrator treasures but, for reasons upon which at least half of the album dwells, leaves behind. (Presumably, that's Patty Griffin, with whom Plant recently parted after a long relationship. Her answer record ought to be amazing.) More than anything, the album waxes gorgeous about music itself — the force that enlightens Plant, allows him to speak to his absent beloved, and helps him through his now more solitary life.

That existence is far from lonely, however, because Plant has built a band that's attuned to his focused eclecticism. He's worked with many of the Sensational Space Shifters before, on the solo efforts that preceded his plunge into Americana with Alison Krauss in 2007, and the six-piece group represents Plant's breadth of interests, with past experience in trip-hop, Britpop, Gambian music and jazz. The guitarist Justin Adams, Plant's right-hand man, has worked with both the desert blues band Tinariwen and post-punk British mainstay Jah Wobble; between those influences lies the big, lush field where Plant now resides. When the voice of the Welsh singer Julie Murphy surfaces in one song, it's a call from Plant's spiritual home of the British Isles, but it also sounds like it might have traveled through the deserts of Morocco.

The Ceaseless Roar begins with the sound of a kologo, an African relative of the banjo, within an arrangement of the folk song "Little Maggie"; the album concludes with a return to that song, featuring vocals by Shape Shifters member Juldeh Camara in the Fulani language. With such gestures, Plant draws the circle that contains his wide-open sound. Elsewhere, Plant invokes Leadbelly (the source of the frenetic "Poor Howard"), Roy Orbison (in the hard-to-resist ex-lover's mea culpa "House of Love"), U2 ("Turn It Up" recalls the Bono and Edge of "Bad"), Celtic traditionalism ("Stolen Kiss" strips that style to its essence) and, in "Embrace Another Fall," the rich, jazz-tinged soundtracks of Dimitri Tiomkin and Lalo Schifrin. No one of these songs sounds precisely like its source; that's the genius of this album. It lovingly layers elements in ways that mirror memory, creating new constructs from floating shards of the musical past.

Throughout The Ceaseless Roar, Plant creates himself as a character in songs that, like the music itself, borrow from a past well-studied and well-lived. He quotes Led Zeppelin; in his more hippie-ish moments, he declares himself a rainbow (among male rockers, only Robert Plant could call himself a rainbow and still come off as sexy) and a wanderer with "pockets full of golden," behaving like a Romantic pastoralist who's ingested a few psychedelics in his time. Alternately, like the Southern bluesmen and early rockers who've always been at the foundation of his persona, he sings of packing his suitcase and burning down the house of love. The imagery Plant confidently claims would seem corny coming from a lesser synthesist, but he and the Space Shifters bring it to life in settings so vividly constructed, the familiar phrases gain new life.

Plant's voice runs through these songs like a body of water, elemental and remarkably flexible. There are no mighty, wind-on-down-the-road yowls; one thing Plant has learned from studying both African music and Delta blues is that intensity can come through authoritative quietude. As a producer, he's found effective middle ground between the almost ambient sheen T-Bone Burnett brought to the Krauss collaborations and the raw edge of his favorite influences, like Tinariwen. Plant takes advantage of the balm of reverb, but he doesn't overdo it. His phrasings still sound personal.

In the joyful "Somebody There," which sounds like the softer side of the Led Zeppelin Jack White likes, Plant places himself within a memory of wandering the English countryside as a boy. "Below the world's unfolding, unrattled and exploding," he sings, sweetly. "It was always so." Everything drops away, Plant knows, but this music makes clear that he also believes in rejuvenation. On lullaby and... The Ceaseless Roar, he shows what that sounds like.