Accessibility links
Tony Stewart's Return To Racing After Fatal Incident Ends Early In his first event since his sprint car struck and killed a fellow driver, Stewart slammed the wall twice and settled for a dismal 41st-place finish at Atlanta Motor Speedway on Sunday. 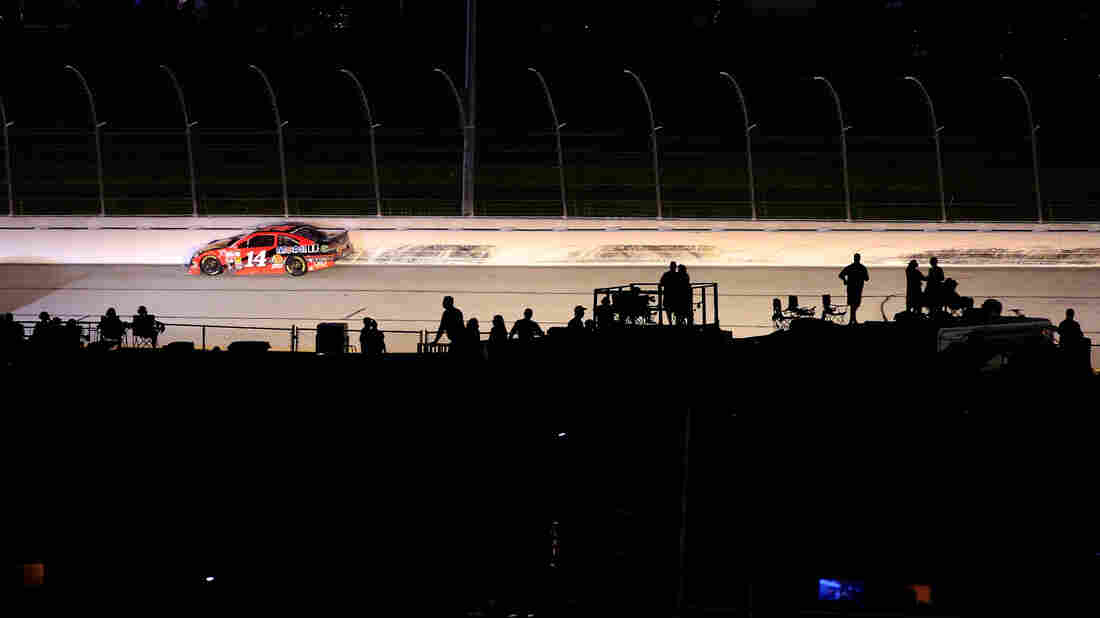 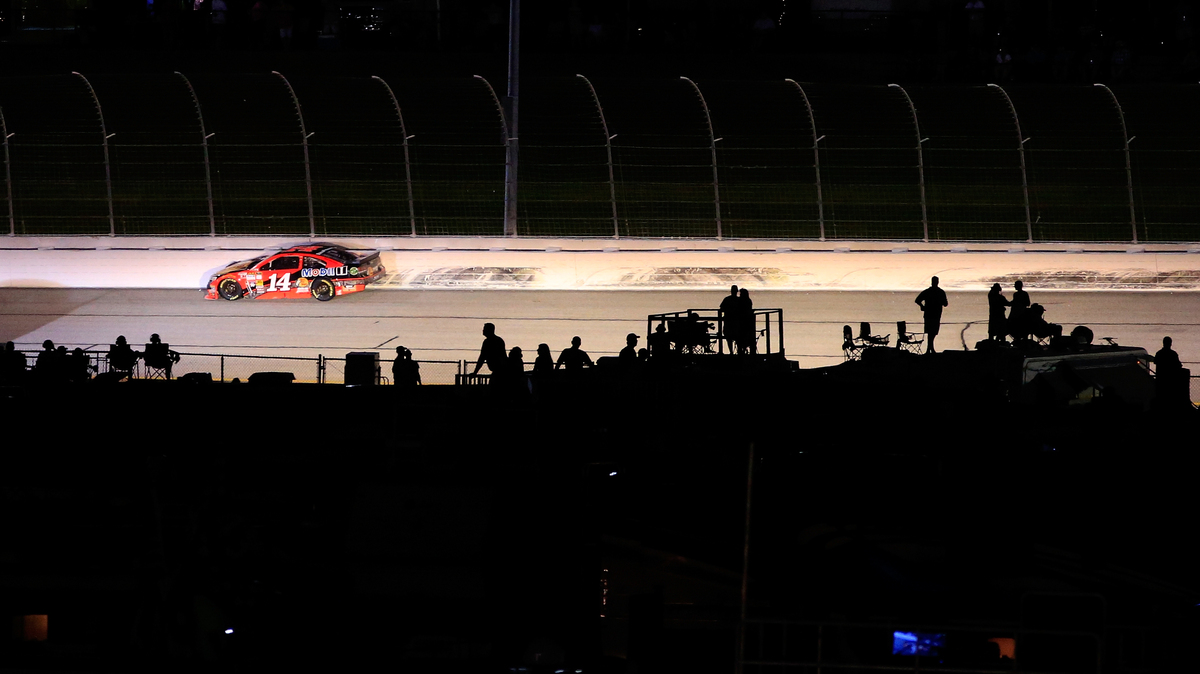 Tony Stewart, driver of the #14 Bass Pro Shops / Mobil 1 Chevrolet, hits the wall on the backstretch during the NASCAR Sprint Cup Series Oral-B USA 500 at Atlanta Motor Speedway on Sunday in Hampton, Ga.

Tony Stewart climbed from his battered car, took a big gulp of water, and surveyed the damage.

His night was done.

Not the way he wanted to come back to racing.

In his first event since his sprint car struck and killed a fellow driver, Stewart slammed the wall twice and settled for a dismal 41st-place finish at the Atlanta Motor Speedway in Hampton, Ga., on Sunday, leaving him in a must-win situation next weekend at Richmond to make NASCAR's Chase for the Sprint Cup championship.

"I wish we could have had a better effort and a better finish for him," crew chief Chad Johnston said. "We'll go on to Richmond and hope we can do better there."

When Stewart pulled his No. 14 car into the garage, he stayed behind the wheel while his crew jacked it up and went to work. A few minutes later, he climbed out, chatted briefly with Johnston, and looked under the hood.

When he realized nothing could be done, Stewart headed through the garage to his hauler parked on the other side. He showed no emotion and didn't say anything as he was trailed by reporters.

"I went into today with some pretty good hopes of finishing well," Johnston said. "It just didn't work out."

Stewart first went into the wall on lap 122 through no fault of his own. Kyle Busch's car drifted high coming out of turn 2 on a restart, catching the front end of Stewart's machine and sending them both into the wall.

The No. 14 headed to the pits for work to the right side, then rolled back onto the track in 21st place.

Fifty laps after the initial problem, Stewart blew a right front tire and slammed into the wall even harder. With sparks flying from the damaged car, he eased it back to the pit lane and went straight to the garage.

It didn't take long to determine the car was beyond repair. He barely made it past the halfway point of the race.

"It was good to see him back," said Mike Arning, a spokesman for Stewart-Haas Racing. "Part of that healing process for him was getting back in the race car. This is what he's done since he was 8 years old. This is his family. He's 43 years old. He's not married. He doesn't have children. It's who he is and what he knows."

Having skipped the last three Sprint Cup races, his team saying he needed time to grieve, Stewart received a big cheer from the crowd when he was introduced in Atlanta. Many fans wrote notes of encouragement on the pavement at the entrance to his garage stall.

Starting 12th, Stewart ran in the top 10 through the early stages of the race, getting as high as fourth though he never seriously challenged for the lead.

"I thought he was pretty strong all weekend," fellow driver Kyle Larson said. "It was cool to see Tony back on the track. ... He's a tough competitor and really fun to race with."

He wound up beating only two other cars in the 43-driver field. The No. 14 was loaded onto the hauler and the crew changed out of their suits, long looks on their faces as their focus shifted to Richmond. Stewart, his racing suit pulled halfway down, headed to his motor home surrounded by security officers and wasn't seen again.

Stewart went into seclusion after his car struck 20-year-old Kevin Ward Jr. at a dirt-track race in upstate New York, a case that is still under investigation by law enforcement authorities.

Normally, drivers must compete in every event to be eligible for the championship, but NASCAR granted a waiver to Stewart under a rule intended for primarily for medical issues. Even so, the only way for the three-time Cup champion to qualify for the playoff was to win at either Atlanta or Richmond.

He's down to his final shot.

Whether Stewart makes the Chase or not, he felt like he needed to be with his team to help him cope with Ward's death. In his only comments of the weekend, he said "this is something that will definitely affect my life forever."

"This is a sadness and a pain I hope no one has to experience in their life," he added.

"Hopefully this is the step in the right direction for what he needs to get better," said Denny Hamlin, who finished third in Atlanta.

Ward was struck after he stepped onto the track to confront Stewart, angry over a collision with the NASCAR star that knocked Ward out of the race. Authorities said Friday that the probe into Ward's death will last at least another two weeks. No decision has been made about whether Stewart will face charges.

But for now, it's on to Richmond.

"We're just taking it one day at a time, one week at a time," Arning said. "This is uncharted territory for all of us."