Accessibility links
The Business Of Halloween Means You Can Buy An Arm And A Leg Americans spend billions on the fall holiday — especially for elaborate costumes and decorations. And companies that specialize in Hollywood horror props also make them for Halloween enthusiasts. 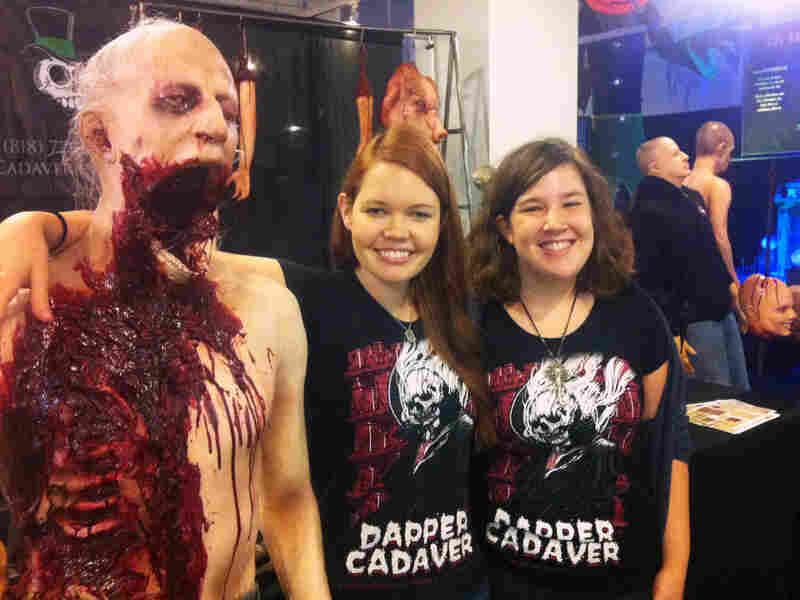 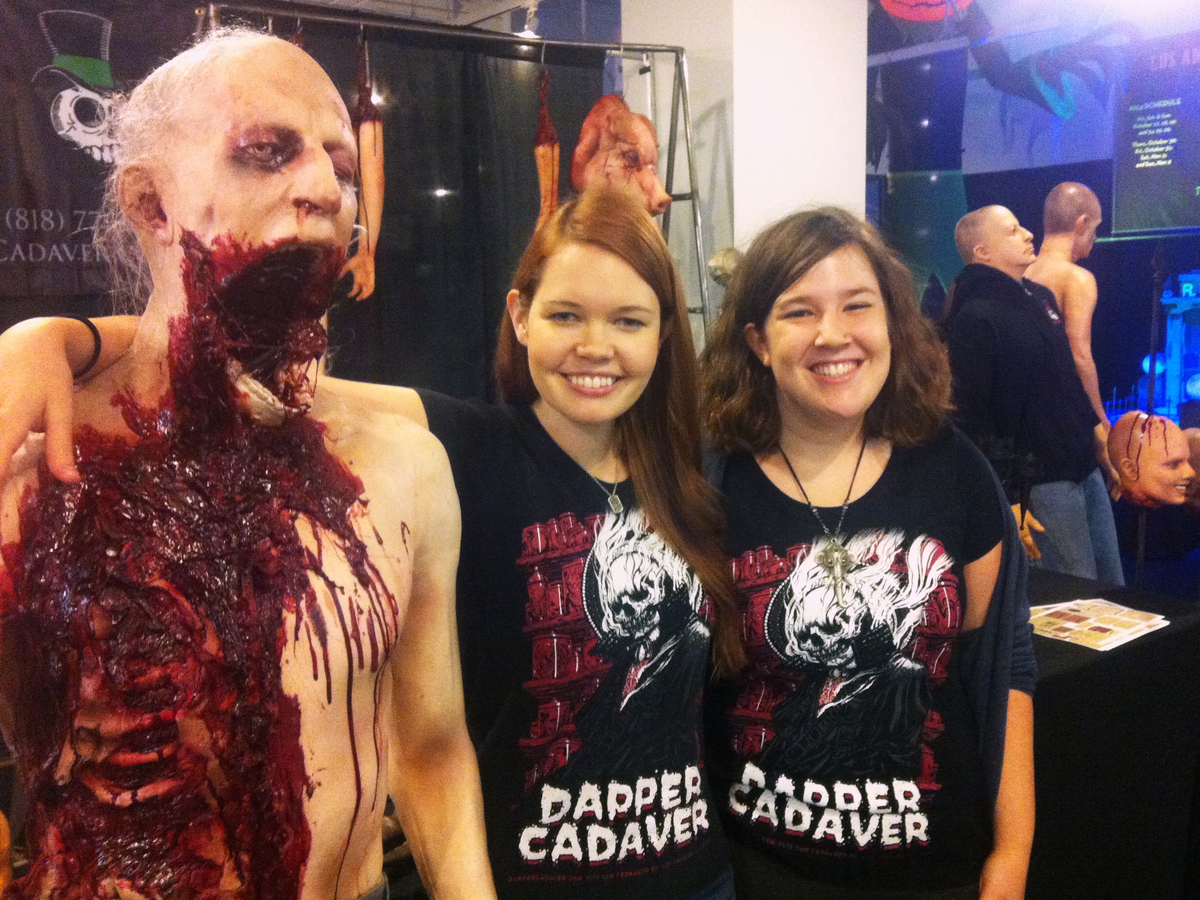 Grace Feigh and Melissa Sack of Dapper Cadaver, a Hollywood-based company that specializes in horror props for movies, television and Halloween enthusiasts.

Though Halloween is still two months away, ghouls are already starting to haunt the shelves of retailers. Spending on decorations is second only to Christmas. Last year Americans spent nearly $7 billion on Halloween — especially for elaborate costumes and home decorations.

"You can get a leg for about $100 or an arm for $60," says Grace Feigh of Dapper Cadaver, a Hollywood-based company that specializes in horror props for movies, television and Halloween enthusiasts. "This year we've started a new line of body parts that we call danglers, where we make them with the rope insides so they can hang easily from hooks and you can hang them up over hallways and people can run into them as they are going through a haunted house."

"The other day I had a guy call in and order, and he got like tons of big huge props and he's just like, 'I need this guy to float in the swimming pool, and I need this guy to hang out outside.' This is his home haunt," Sack says.

We just saw a study where scent is the No. 1 sense that is triggered in memory. Your zombie doesn't want to smell like Febreze. He wants to smell like a zombie.

A home haunt is a haunted attraction that people put on in their home, front yard or backyard, says Brian Jorgensen, who attended ScareLA, a Halloween convention in Los Angeles, where Dapper Cadaver was selling its arms and legs. Jorgensen and his friend Donald Julson attended panels and classes including one taught by a professional haunter. "He taught us about liabilities, all this other stuff, the fire marshal, what they are looking out for and everything," Julson says.

Liability? Fire marshals? Most folks don't go to those lengths, but nearly three-quarters of Americans do say they celebrate Halloween, according to Kathy Grannis, a spokeswoman for the National Retail Federation.

"It is easily one of the most celebrated and most beloved holidays of the year. There is really no question that just in recent years Halloween has completely changed from even 15, 20 years ago. And we think a lot of that is being driven by the fact that adult costumes are more popular than ever before. Halloween today is really just as much of an adult holiday as it is a children's holiday," Grannis says.

At An Abandoned Philadelphia Prison, All Hell Breaks Loose

So if Dad wants to dress up as Leatherface, Jennifer Smith of Savage Productions, a company that caters to the needs of the haunt industry, has just the right accessory.

If you're going to spend that much on a prop, you certainly don't want to skimp on makeup.

So if you don't want to drop $400 on a chain saw, you can get something that conjures up the chain saw — the scent of gasoline. Scott Lynd works for Froggy's Fog, which sells fog machines and makes a fluid for every effect.

"We just saw a study where scent is the No. 1 sense that is triggered in memory. Your zombie doesn't want to smell like Febreze. He wants to smell like a zombie," Lynd says.

So what's a zombie scent called? "It's called Rotting Decay. If that one's not good enough for you, I have an awful one called Slaughterhouse," he says.

"Not only do people buy it for their costumes, but they buy it to prank their office workers and spray their desk chair or their wife's pillow with it," he says.

So now you can enjoy the sweet smell of Halloween all year round.