Accessibility links
In Market Basket's Win, Did Workers Change The Game? Thousands of workers for the supermarket chain forced the company to back down and restore its CEO. One expert says the labor movement needs to be as creative as those workers to win the next fight. 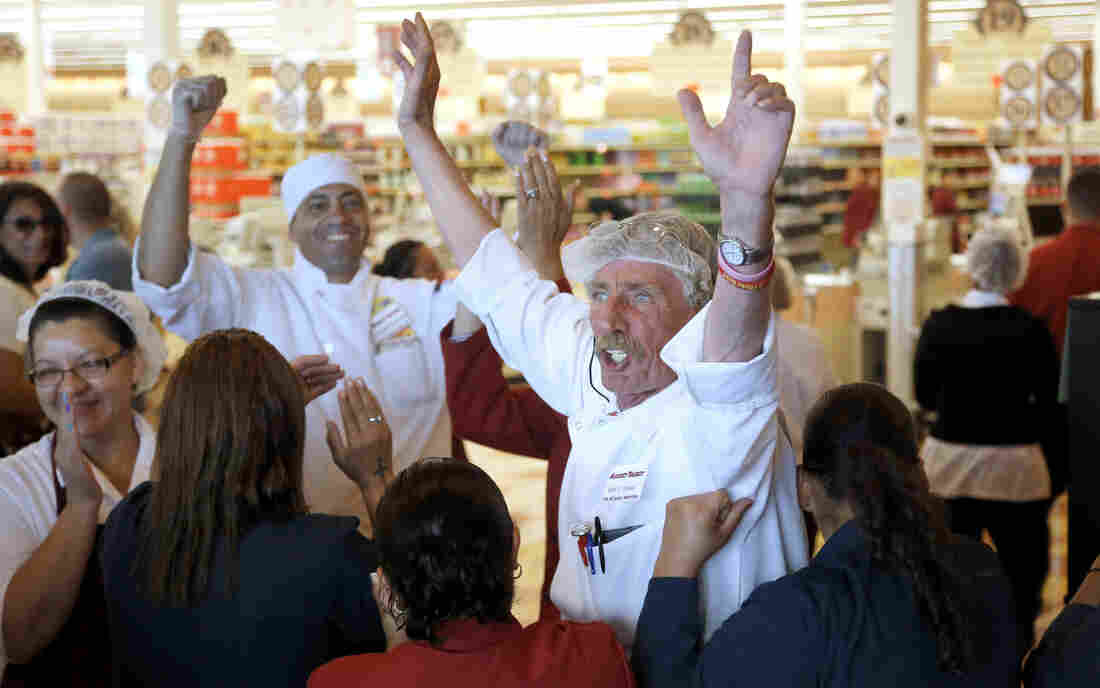 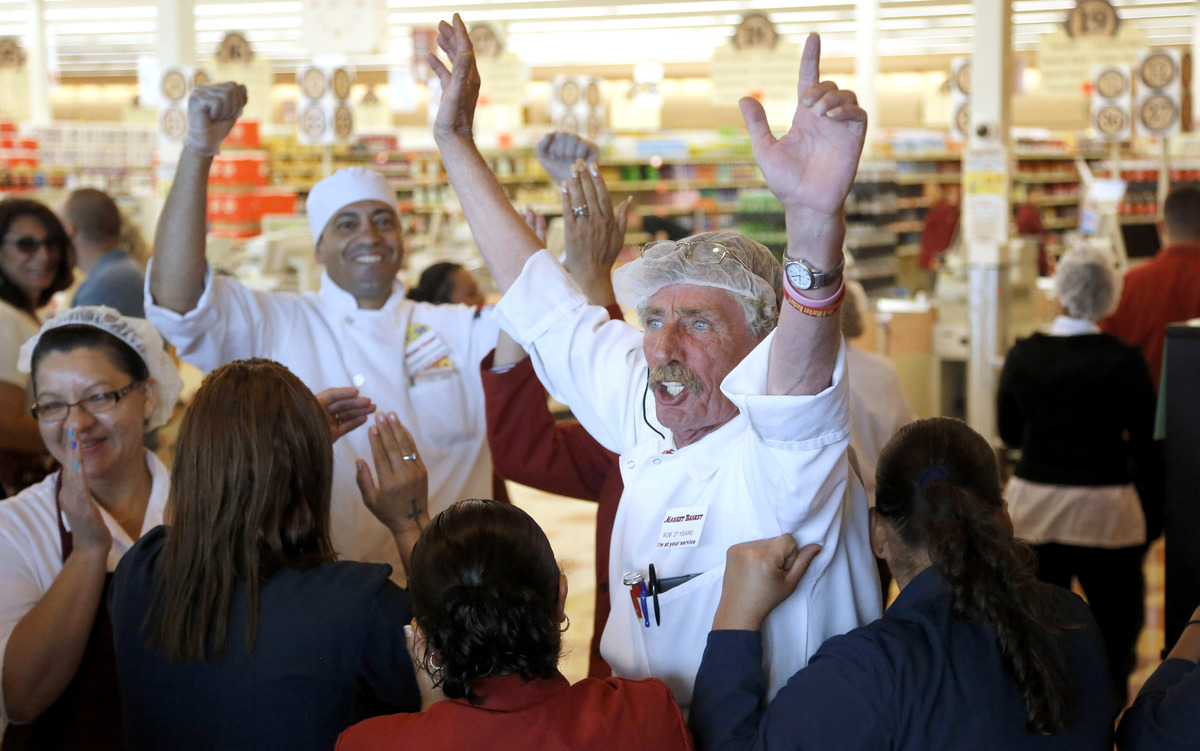 Labor unions are looking for lessons in the recent worker victory at New England supermarket chain Market Basket. By using Internet technology to rapidly coalesce around a single demand, nonunion workers forced a sale of the company to their beloved CEO.

"I've never seen anything like it, that's for sure. And they prevailed, which is even stranger. They took on this and forced these people to sell their shares to this one guy," says Dennis Irvin with United Steelworkers Local 12012. "It's amazing, totally amazing!"

At the annual Labor Day breakfast in Boston, Market Basket was the one thing all Irvin and other union members were talking about. Irvin says Market Basket would rank as one of the great victories in union history here — a long history lined with progressive milestones for child labor, the eight-hour workday and safer workplace standards. But Market Basket is not making union history. Its workers are nonunion. Many are anti-union.

"This company never needed or never will need a union. We're far stronger than that," says Joe Schmidt, a Market Basket operations supervisor. He and other managers led the truckers and warehouse workers who walked off the job and brought the company to a standstill.

"Just think of it: There's no union dues or union fees. And look what has been accomplished," Schmidt says.

"There is one thing that we can learn from the Market Basket saga: Solidarity works, brothers and sisters. The secret to our ingredient is solidarity. It worked for them, and it will work for us," Tolman told them.

These companies are becoming so rich. This discrepancy, this gap, has gotten so bad that even supervisors and managerial employees are saying, 'We want our fair share, too.'

But privately, union members are bothered by how effective Market Basket workers were without their leadership. The supermarket workers used social media to rapidly plan rallies and protests. And instead of asking for the usual strike demands like better benefits or working conditions, they were just asking to get back their fired CEO.

"That is something that is not covered by the National Labor Relations Act," says Kate Bronfenbrenner, who teaches labor relations at Cornell University.

She says Market Basket shows the power of managers teaming up with rank-and-file workers. With experienced supervisors walking off the job at the grocery store chain, the replacement workers brought in by company executives didn't really know what to do, and the business flailed.

Bronfenbrenner expects that unions across the country will increasingly ally with managers to fight company executives and shareholders.

"These companies are becoming so rich. This discrepancy, this gap, has gotten so bad that even supervisors and managerial employees are saying, 'We want our fair share, too,' " she says.

The organized protests by fast-food workers nationwide are another example of changing dynamics in labor relations. The workers targeting franchise restaurants are doing so under a national labor law written more than a half-century ago that never anticipated workers across an industry banding together in a job action.

So Bronfenbrenner does not think Market Basket has created a new model for organizing labor without unions. She says the supermarket worker victory just shows how the playbook is being rewritten. Bronfenbrenner says the labor movement needs to be just as creative and strategic as Market Basket workers were to be able to win the next fight.