Accessibility links
Cruising Attitude: Recliner Rebellion Building In The Sky With the airlines packing more people into planes, "recliner rage" is on the rise. Is it a problem of entitled passengers, or just too many of us squeezed into small spaces? 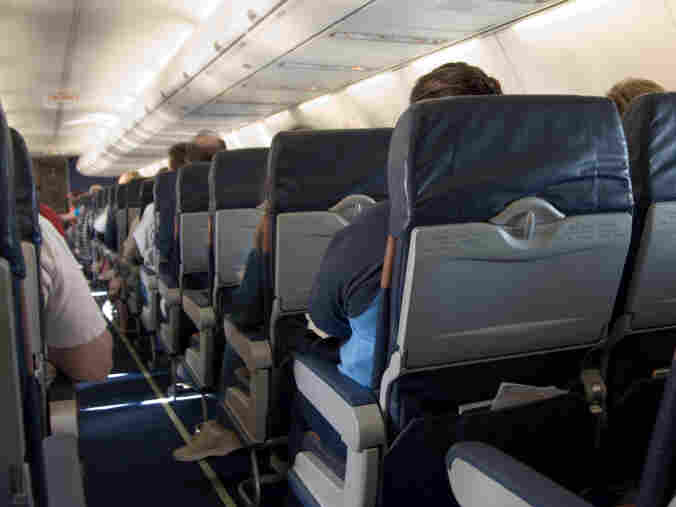 On packed flights, space is at a premium and tempers sometimes flare. iStockphoto.com hide caption 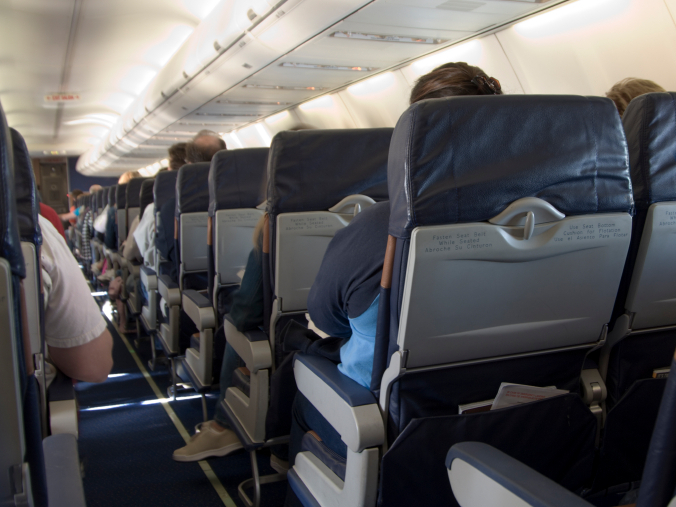 On packed flights, space is at a premium and tempers sometimes flare.

At least three flights have been grounded in little more than a week after passengers had disputes over reclining their seats, or not being able to. On most airlines these days, passengers are packed so close that — insert your favorite Joan Rivers joke here.

The questions set off by these recliner uproars can sound almost philosophical:

If a man has paid for his seat, does that give him the right to recline if it puts his head practically under the chin of the person just behind? Does that space between the back of your head and the nose of the man behind you belong to you or him?

Fliers often trade complaints about how annoying, uncomfortable and even nasty air travel has become, with longer lines, less personal comfort and even less breathing space.

Maybe we should remind ourselves: Airplanes take off every few seconds in the United States, and — for the most part — land safely on the other side of the world. Passengers even get to see a movie. Not so long ago, such routine coming-and-going across the planet would be considered a miracle.

U.S. airlines are flush with cash right now. The major U.S. carriers have reported record profits for the second quarter, and they haven't prospered by adding flights, staff and inflight service, but by cutting back on all of that. Then by raising fares and making fliers pay extra for what used to be part of regular service, from luggage to snacks, to when you get to board the airplane.

It's tempting for disgruntled fliers — who sit with their knees in their chins, and have to swipe their credit cards again and again to buy a small cold snack or a few more inches of space, or an earlier slot to board so they can stow a bag or coat before it can be crushed — to call airlines greedy.

But if you own stock in an airline — and if you invest in a pension plan, mutual fund or retirement account, you might — you may only be glad. How many people would want to invest in an airline that's willing to make less money?

But these recent passenger melees over man's right to recline versus man's right to breathe free might be a kind of signal flare. Organizations tend to reach maximum efficiency and profits when they're stretched thin. But that's also when they can begin to break down. The peril isn't so much that people won't buy tickets to fly anymore, but that they'll get on board feeling tapped out, trapped and angry.

And how many stressed-out people do you really want to pack into an airplane?