Accessibility links
Cuomo Gets More Of An Opponent Than He Bargained For New York Gov. Andrew Cuomo was expected to cruise to victory in next Tuesday's Democratic primary. But he faces a surprisingly vigorous challenge from the left. 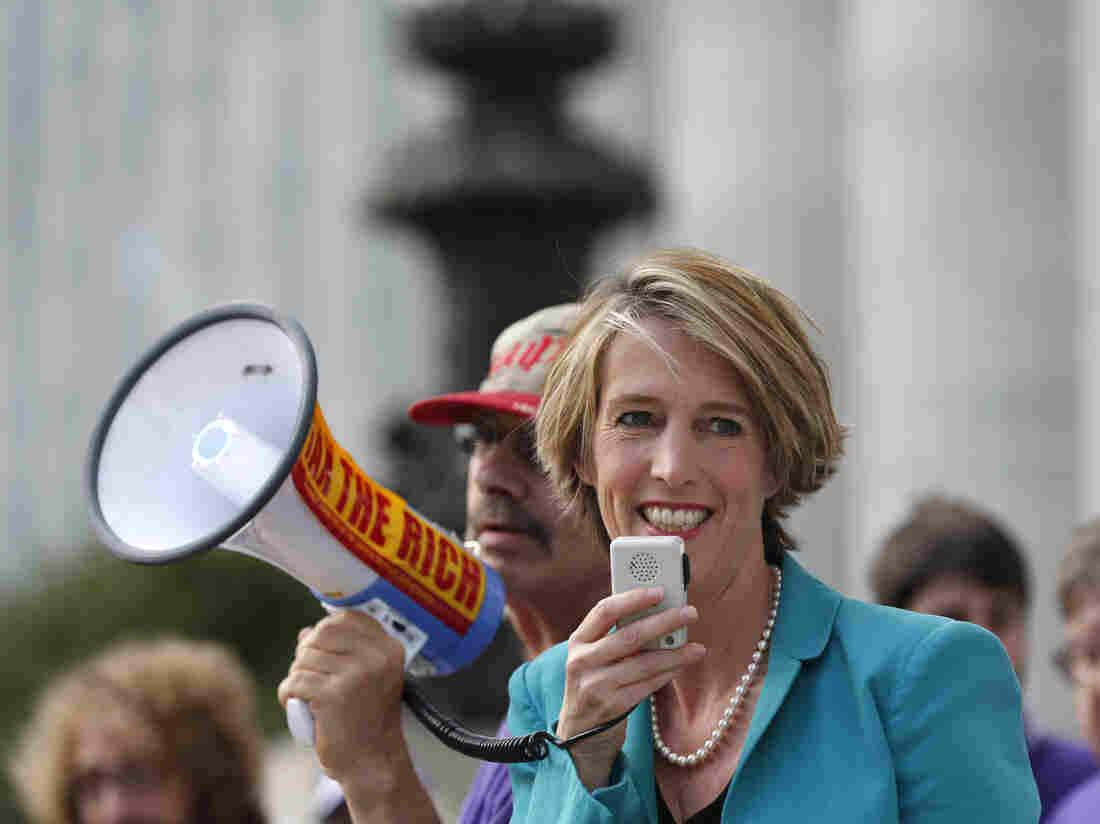 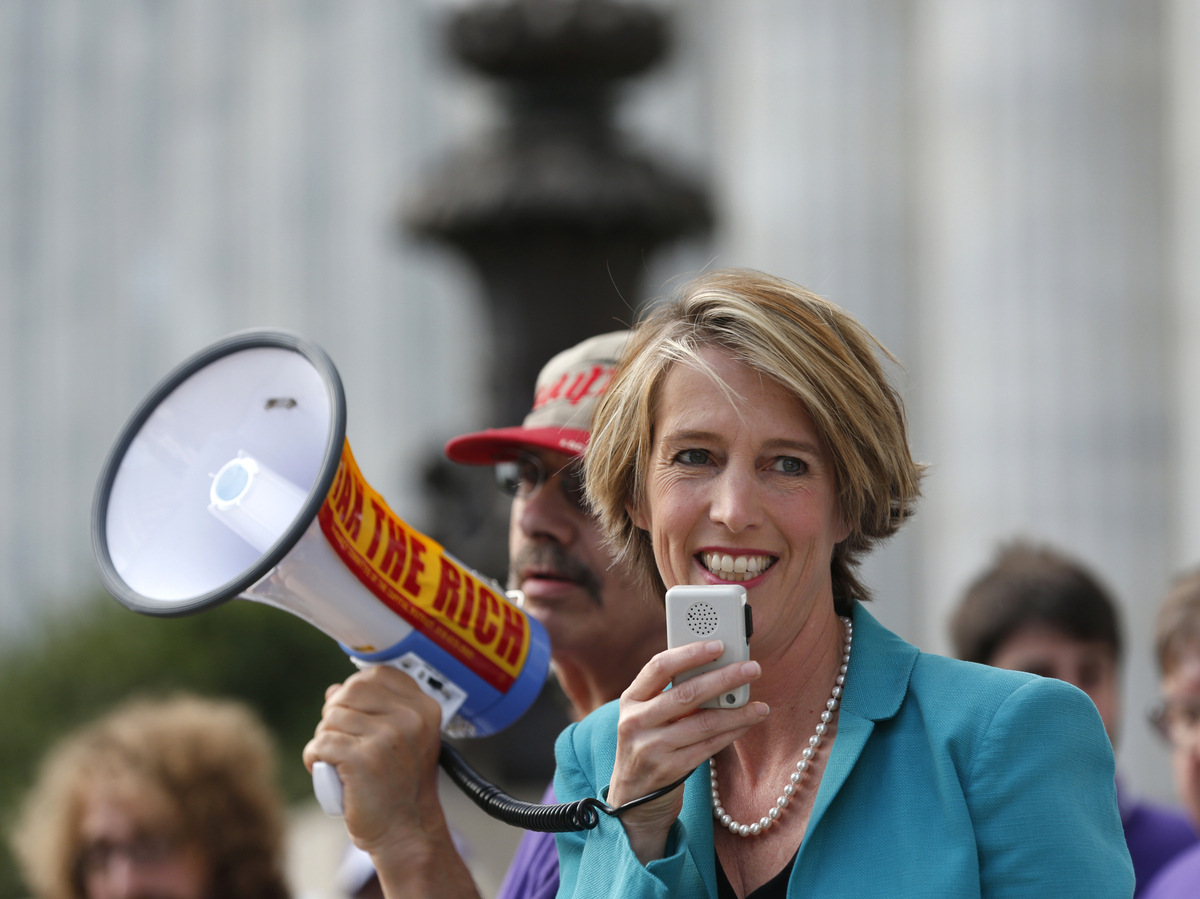 Gubernatorial candidate Zephyr Teachout been hammering Gov. Andrew Cuomo for allegedly interfering with the work of his own anti-corruption commission earlier this year.

Gov. Andrew Cuomo was supposed to cruise past next Tuesday's primary election in New York on his way to a second term.

But the powerful Democratic incumbent may have more trouble than many expected. For one thing, his main opponent, a little-known law professor named Zephyr Teachout, is mounting a respectable challenge from the left. For another, Cuomo could potentially wind up with a running mate he doesn't want.

This week, the local cable news channel NY1 tried to host a debate between Cuomo and Teachout. Teachout was the only one to show up.

A veteran of Howard Dean's presidential campaign, Cuomo's challenger is also a distinguished legal scholar with a recent book, Corruption in America. 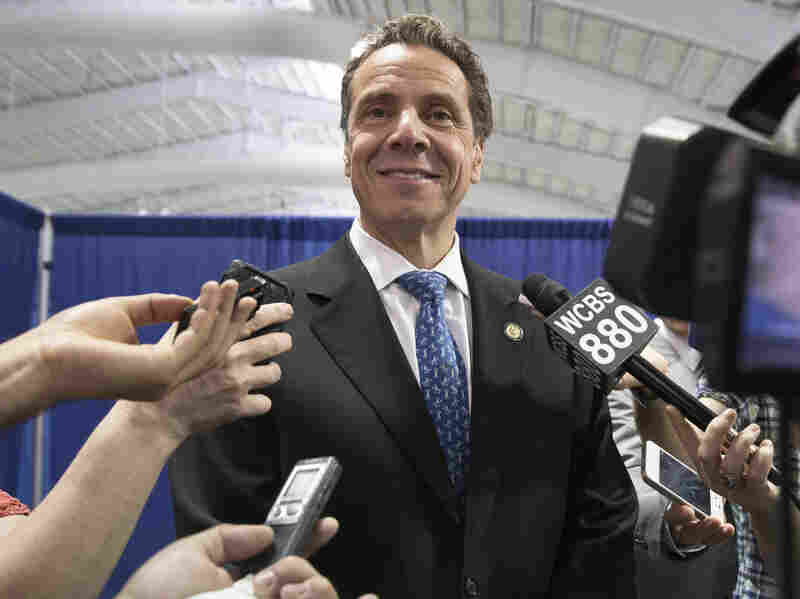 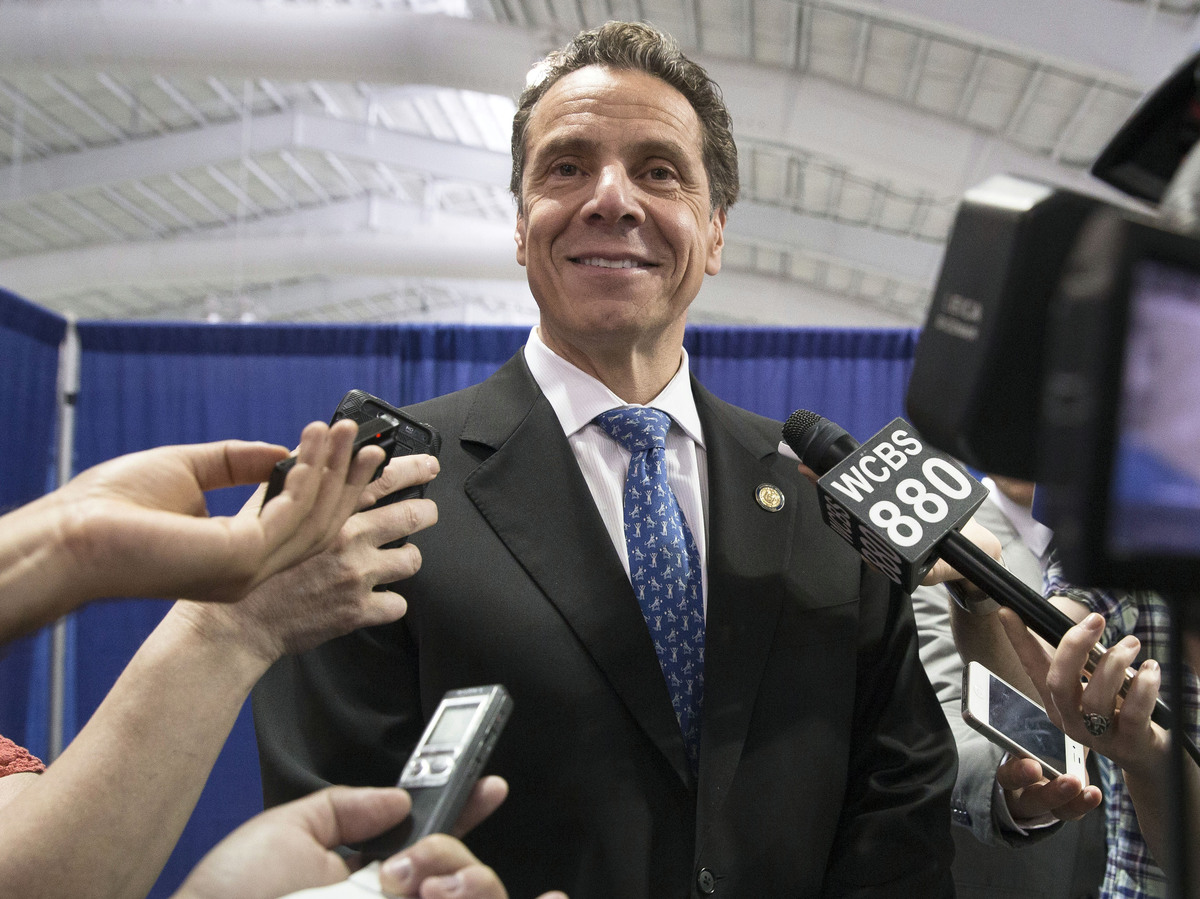 Corruption has been Teachout's top issue. For months, she's been hammering Cuomo for allegedly interfering with the work of his own anti-corruption commission earlier this year.

"Voters will forgive a lot of things," she said. "But they won't forgive a politician who's self-serving or serving their donors. And increasingly, that's what Democratic primary voters are thinking, is that Cuomo is out for himself."

Cuomo denies interfering with the commission. The Justice Department is investigating, but no charges have been filed.

While Teachout has campaigned vigorously, Cuomo has all but disappeared. He's made few public appearances in recent weeks.

It's a classic front-runner strategy — especially when the opponent has a bit of a name-recognition problem.

Teachout's name recognition, however, may be higher with the kind of people who vote in Democratic primaries. Jeanne Zaino, political science professor at Iona College, says she doesn't think Cuomo is going to lose, but if Teachout does well, Zaino says, it could hurt Cuomo's standing as a possible presidential candidate down the road. 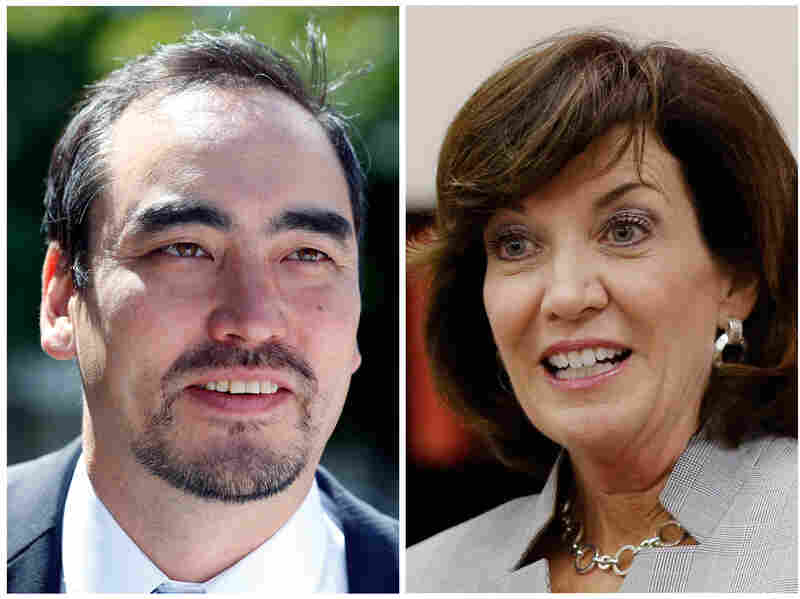 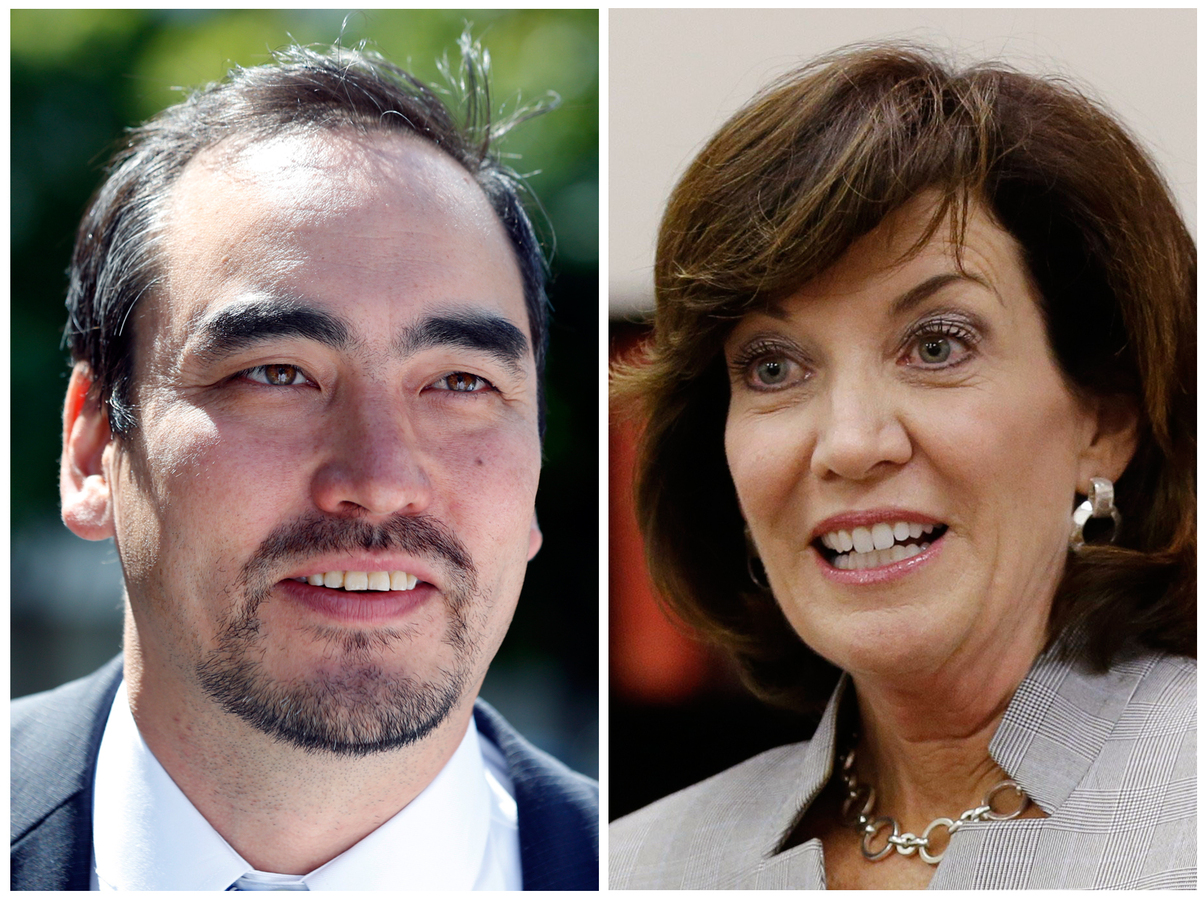 Columbia University professor Tim Wu and former Rep. Kathy Hochul are running against each other for the the lieutenant governor nomination.

"It is something that I think could potentially weaken him," she says. "It's probably not going to throw him out of the primary, certainly, or the general election. But it could certainly make him look less attractive to Democrats, and that's something that's going to matter to the governor."

Another way Tuesday's outcome could matter to Cuomo: Under a quirk in New York law, the governor and lieutenant governor run on separate ballot lines, and Cuomo's running-mate may be vulnerable. Former U.S. Rep. Kathy Hochul comes from western New York, the only part of the state where Cuomo under-performed in his first campaign four years ago. But Hochul's relatively conservative record on issues like guns, the environment and immigration suddenly looks like a liability.

Hochul tried to shore up her liberal credentials this week as she picked up the endorsement of Mayor Bill de Blasio and other New York politicians.

"I'm so proud to be standing here with New York City's prominent, progressive leaders," she said. "You call me anti-immigrant at your own peril. That is not true. I have a history of being in this arena and fighting for people all my life."

Hochul is locked in a surprising primary battle with political newcomer Tim Wu. A Columbia University law professor, Wu was best known for coining the phrase "net neutrality," until Teachout tapped him as her running mate.

Wu has picked up the endorsement of The New York Times, and he's been a quick study in the art of politics.

"Kathy Hochul's positions are really far out of line with the Democrats who vote in a Democratic primary," Wu says. "She's in a really difficult position."

Wu says he wants to reinvent the role of the lieutenant governor as an independent voice inside the administration. That would be a big change for a job that critics describe as little more than a cheerleader for the governor's agenda — and possibly the last thing Cuomo had in mind when he imagined his second term.