Accessibility links
Nightmares And Darkness Follow Marine Home From Iraq War Jeff Lucey deployed to Iraq with the Marines in 2003. He returned home later that year, and initially, all seemed well. But it slowly became apparent that Lucey was struggling with invisible wounds. 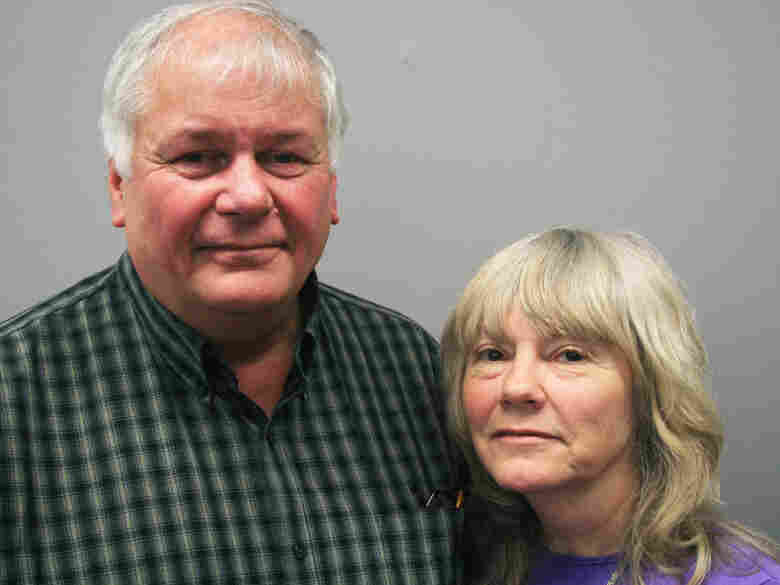 Kevin and Joyce Lucey remembered their son, Jeff, in an interview with StoryCorps in Wellesley, Mass. Jeff, a U.S. Marine, took his own life months after returning from a deployment in Iraq. StoryCorps hide caption 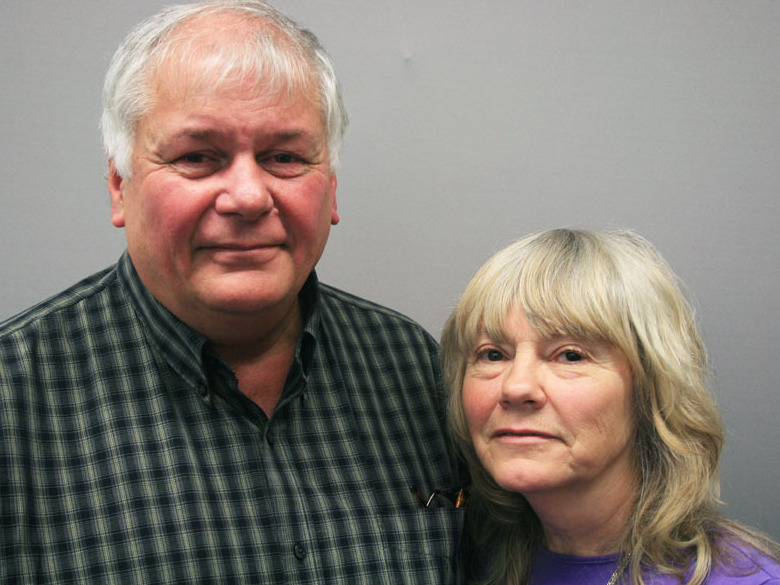 Kevin and Joyce Lucey remembered their son, Jeff, in an interview with StoryCorps in Wellesley, Mass. Jeff, a U.S. Marine, took his own life months after returning from a deployment in Iraq.

Marine Cpl. Jeff Lucey deployed to Iraq, where he was a convoy driver, in 2003. His parents, Joyce and Kevin Lucey, drove him to the deployment point in the early hours of the morning.

It was dark, but eerily lit up by the headlights of all the cars dropping off Marines, Kevin recalls with his wife in a StoryCorps interview in Wellesley, Mass.

Jeff returned to the U.S. later that year, and though he appeared to be well, something inside him had changed.

Jeff's homecoming was "magnificent," Joyce says, with balloons and a police escort. "But on Christmas Eve, we went to my mom's. He didn't come. His sister went home to see him, and when she got there, he threw his dog tags at her and said, 'Don't you know your brother's nothing but a murderer?' "

Jeff started having nightmares. He kept a flashlight under the bed, and would search his room at night for spiders because he said he could hear them, Joyce says.

He started staying in the house, Kevin says, "and sometimes he would stay just within his room. It was like the perfect storm converged."

The next day, "when I came back from work, I saw the cellar door open," Kevin continues. "And I saw Jeff hanging from the beam. I went under him and pushed him up, and he was in my lap for the last time."

"He was very social and outgoing, always smiling," Joyce says. "So you just didn't think Jeff would have any problems, you know, dealing with [the] emotional side of war."

"We never saw," Kevin says, "that he was mortally wounded within his spirit."