Accessibility links
First Listen: GOAT, 'Commune' The Swedish collective makes irresistible trance/dance music that doubles as hypnotic hippie hoodoo. Along the way, GOAT captures the spirit of the '60s in its guitar meanderings and acid tones. 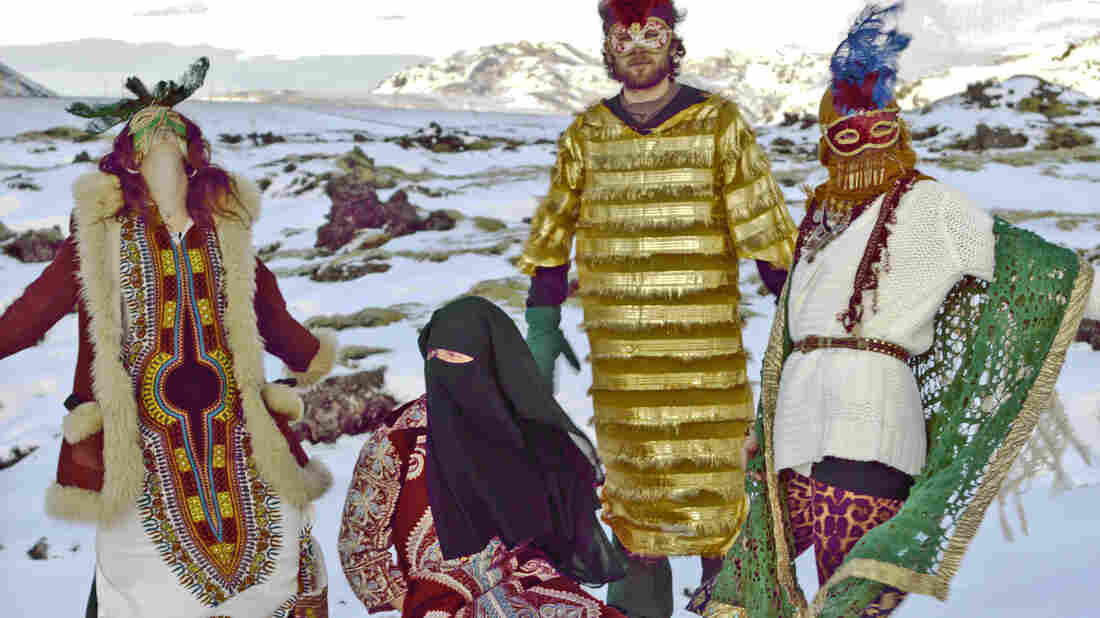 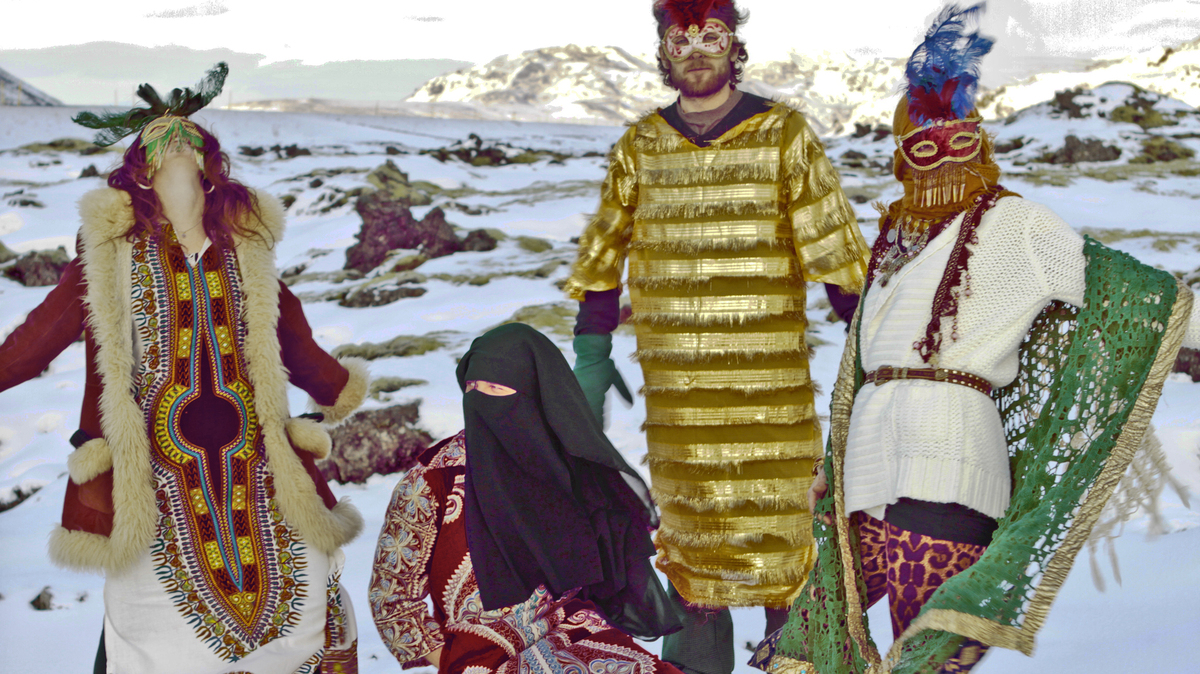 Tammy Karlsson/Courtesy of the artist

If someone said that the band GOAT took its name from the initials for "Get Out A Tambourine," it'd be easy to believe. The Swedish collective makes irresistible trance/dance music that doubles as hypnotic hippie hoodoo. GOAT captures the spirit of the '60s in its guitar meanderings and acid tones; its rhythms feel inspired by rave culture and electronic music, but are made with hands instead of machines. Oh, and the band members wear masks, hit cowbells, and sing in unison a lot.

Commune, GOAT's second album, balances all that joy with the darkness of krautrock: The band Can and its minimalist excursions come to mind, but then there are also moments that would fit comfortably as an artifact from the first psychedelic era circa 1968. The song titles on Commune ("Talk To God," "Goatchild," "Goatslaves," "Gathering Of Ancient Tribes") tell a story, even when it's hard to make out the words. Throughout, the album's strong, clear vibe positively calls out for listeners to don face paint and grab a cowbell — or even a tambourine.