Accessibility links
First Listen: Perfume Genius, 'Too Bright' After two solid albums, Too Bright is something shockingly new for Perfume Genius: a set of muscular, magnificently controlled songs that explore darkness inside and out. 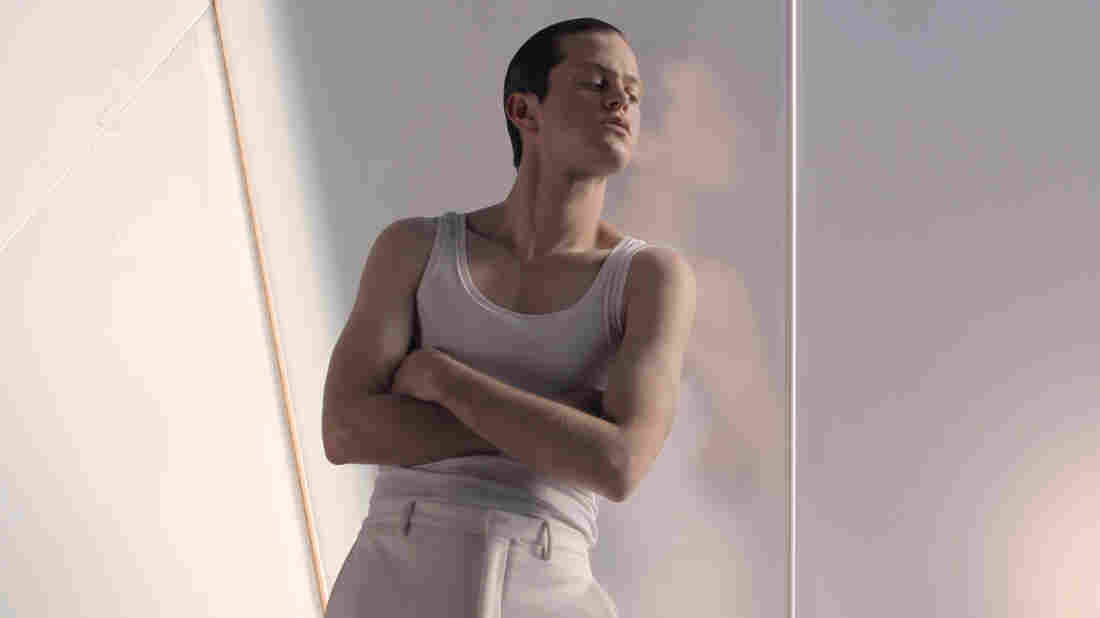 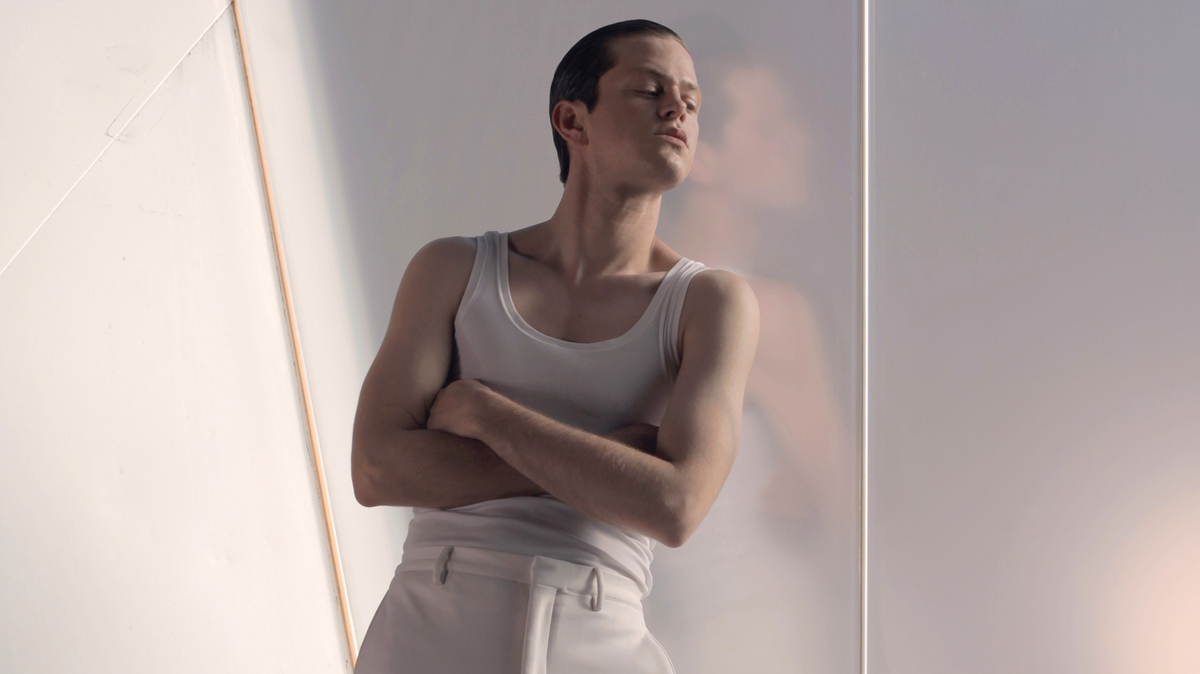 Luke Gilford/Courtesy of the artist

For two albums, the essence of a great Perfume Genius song has been musical simplicity and lyrical depth. Mike Hadreas, the Seattle songwriter behind the project, excels at writing memorable but sparely arranged melodies designed to highlight his compact, hard-hitting phrases. His topics are often isolation and estrangement — from society, as a gay man, and from his own body, as a sufferer of Crohn's disesase — and his brief, touching songs tend to act more like photographs than stories.

Too Bright, Hadreas' third album as Perfume Genius, opens with one of these perfect miniatures. "I can see for miles / the same old line / no thanks ... I decline," Hadreas sings with resigned sweetness over slow, ringing piano chords and vapor trails of harmonics. The music is richly recorded, stirring and beautiful. Hadreas lets the theme linger rather than building a crescendo, and the song is over in just two minutes. This is a familiar accomplishment in his young career: a slender slice of humanity that refuses to be less than realistically complex.

But in the next song, "Queen," Too Bright turns a corner, and Hadreas sheds his humanity altogether. Over a grinding, glam-inspired bass line and a glittering synth, Hadreas snarls, "Don't you know your Queen? / ripped, heaving, flowers bloom at my feet" — and, later, "rank, ragged, skin sewn on in sheets." It's a theme song for a gay supervillain; the gruesome, imagined offspring of Miss Havisham and Buffalo Bill from The Silence Of The Lambs as a haggard demigod on the prowl.

Hadreas has said that the song is his response to feeling like he couldn't walk down the street without feeling like the target of pointed fingers; that it's his embrace of the way he'd felt painted as a freak or a monster. Last week on All Things Considered, the journalist dream hampton spoke about the way her old friend, the late rapper the Notorious B.I.G., occasionally played the role of gangster or "predator" in his songs because he couldn't ignore the fact that, as a young, heavyset, African-American man, some people braced for violence the moment they saw him. As a young, slight, gay man, Hadreas knows some people will see him as an alien, a predator. There might not be a line this year that does its job better than his showstopping, "No family is safe when I sashay."

"Queen" is full of scathing, sarcastic fury, but it unfolds patiently, at a surprisingly slow tempo. Hadreas recorded the album in Bristol, with Adrian Utley of Portishead and the engineer and producer Ali Chant. And, though the arrangements are clean and unstuffed, it feels designed to overwhelm; it sounds amazing played loud out of good speakers. In almost every song, bass is an anchor that allows Hadreas to experiment with form (many songs feature gorgeous or terrifying interludes) or sound. There are more sonic surprises on Too Bright than on previous Perfume Genius albums, from finger-snapping street-corner harmonies in "Fool" to the mechanical pulse and harpy-like screams in "Grid" to the way the second half of "All Along" opens up into a country shuffle.

Let him explore his options; Hadreas never loses his ability to focus on several things at a time. Musical and lyrical themes repeat through the album's 11 songs: "Don't Let Them In" takes the otherness of "Queen" and re-imagines that song's ferocious empowerment calcified into isolating armor. "My Body" matches "Queen" for grotesque self-description and bass-heavy menace. An angel offers Hadreas deliverance in "I Decline"; in "Grid," that same angel is erased from existence. "No Good" and the closing "All Along" are heart-tugging laments for love's fragility.

There's a remarkable confidence here that doesn't feel remotely at odds with Hadreas' penchant for self-evisceration. The album closes with the words, "I don't need your love / I don't need you to understand / I need you to listen." If you're a musician, that attention is the only thing worth asking for, and on Too Bright, Hadreas' awe-inspiring, magnificent arrival, he earns it with every note.