'Broken Monsters' Hits Horror Out Of The Park

'Broken Monsters' Hits Horror Out Of The Park 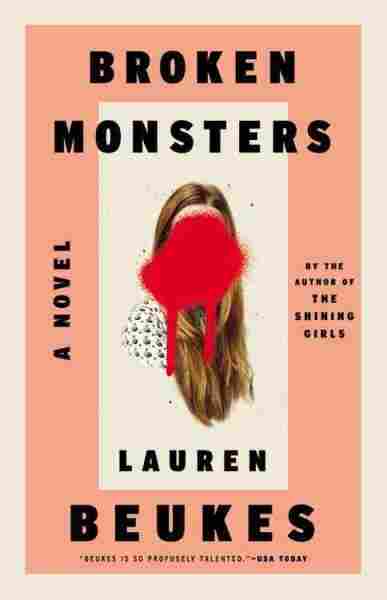 The world has become hard to shock. It's not because evil is a new thing — that's been around since the beginning of time, and it definitely wasn't created by movies, video games and every other popular scapegoat for the decline of society. But it's undeniable that we've all become a little inured to things that might have been considered unspeakably horrifying 50 years ago.

That's made the job of artists working in horror and suspense a little more difficult. In the age of Saw, Boris Karloff's movies, for example, are bound to look more campy than chilling. The best works of horror, though, don't depend just on shock value, but on careful plotting, realistic characters and a kind of atmospheric creepiness. In Broken Monsters, South African writer Lauren Beukes hits all three of those elements out of the park.

The novel begins with the discovery of a body in a Detroit tunnel. More precisely, two bodies: the head and torso of a young African-American boy, and the rear half of a deer, fused together. The police, who have seen more than their fair share of bodies, are sickened and completely bewildered. The lead officer, Detective Gabriella Versado, becomes obsessed with the case, to the point of worrying about neglecting her daughter Layla, a precocious, nerdy high school student. Layla, meanwhile — along with her friend Cas — has taken up the dangerous hobby of baiting online pedophiles and threatening to expose their identities.

Broken Monsters switches between multiple points of view, so we also meet Jonno, an aging hipster and failed writer who's come to Detroit as something of a disaster tourist, hoping to write about how "real" and "edgy" the beleaguered city is. Then there's TK, a homeless man who inadvertently gets caught up in the case, and Clayton, an artist who has largely fallen out of the Detroit art scene's good graces. As the investigation continues, and it becomes clear that the murder isn't an isolated incident, all of these individual stories get caught up with one another in surprising, awful ways.

As a horror and suspense novel, Broken Monsters is flawless — I haven't read a scarier, more tense book in years. But Beukes brings so much more to the table: There's a huge amount of bitter social satire here, especially when she writes about Jonno, the journalist who resents pretentious hipsters but doesn't seem to realize he is one. He has resorted to writing vapid articles for click-bait sites, though he claims to hate it: "It's all chum to pull in the likes. ... He should be writing a post-post-modern Moby-Dick, not trying to come up with smarmy listicles faster than everyone else. But try getting paid for that."

Broken Monsters is very much a novel of the present. The city of Detroit is a major, tragic character in the novel — "Some people have ghost towns, we have a whole ghost city," as one local artist puts it. Beukes doesn't shy away from the social issues that have plagued Detroit; she mentions the city's corrupt former mayor, Kwame Kilpatrick, as well as Renisha McBride, a black woman who was shot to death after knocking on the door of a white homeowner.

You could say that she's as edgy as James Ellroy, as creepy as Stephen King and as darkly funny as Kurt Vonnegut, but Beukes is an author whose work is resistant to easy comparisons.

Beukes is an insanely gifted horror writer, and her descriptions of the crime scenes and the accompanying chalk-outlined "ghost doors" are profoundly terrifying. (They have made frequent cameos in my dreams lately, which I guess counts as an occupational hazard.) But she's also very funny — the interactions between Internet-challenged Detective Versado and plugged-in Layla are both hilarious and sweet. And her depiction of the semi-underground hipster art scene is satisfyingly droll. (One artist is excited about his "improv-jam based on the hieroglyphs," which is both absurd and sadly familiar to anyone who has been forced to sit through an evening of amateur performance art.)

It's hard to overstate how ambitious Broken Monsters is, maybe because Beukes somehow manages to make it look easy. Her prose is unhindered, exuberant and something like addictive — you can tell yourself you're just going to read one chapter, but before you know it, you've gone through 100 pages. You could say that she's as edgy as James Ellroy, as creepy as Stephen King and as darkly funny as Kurt Vonnegut, but Beukes is an author whose work is resistant to easy comparisons. Broken Monsters is one of the most remarkable books of the year, and one of the best suspense novels you'll read in quite some time.