Accessibility links
Islamic State Planned Killing In Australia, PM Says After Raids Fifteen people were arrested across Sydney in the counterterrorism operation, which one official said was the largest in the country's history. 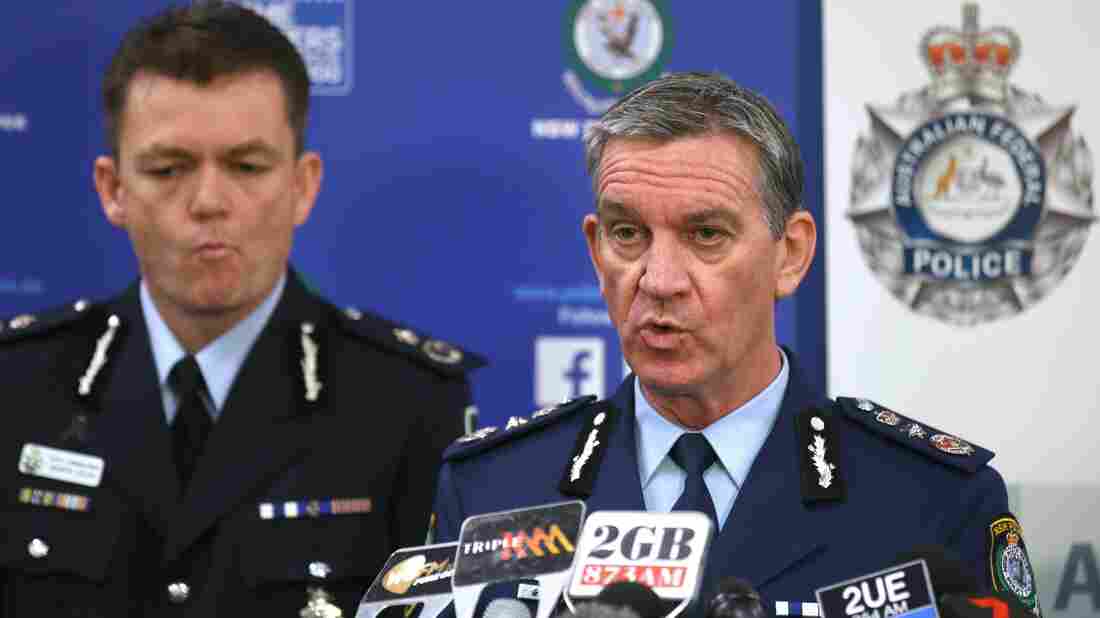 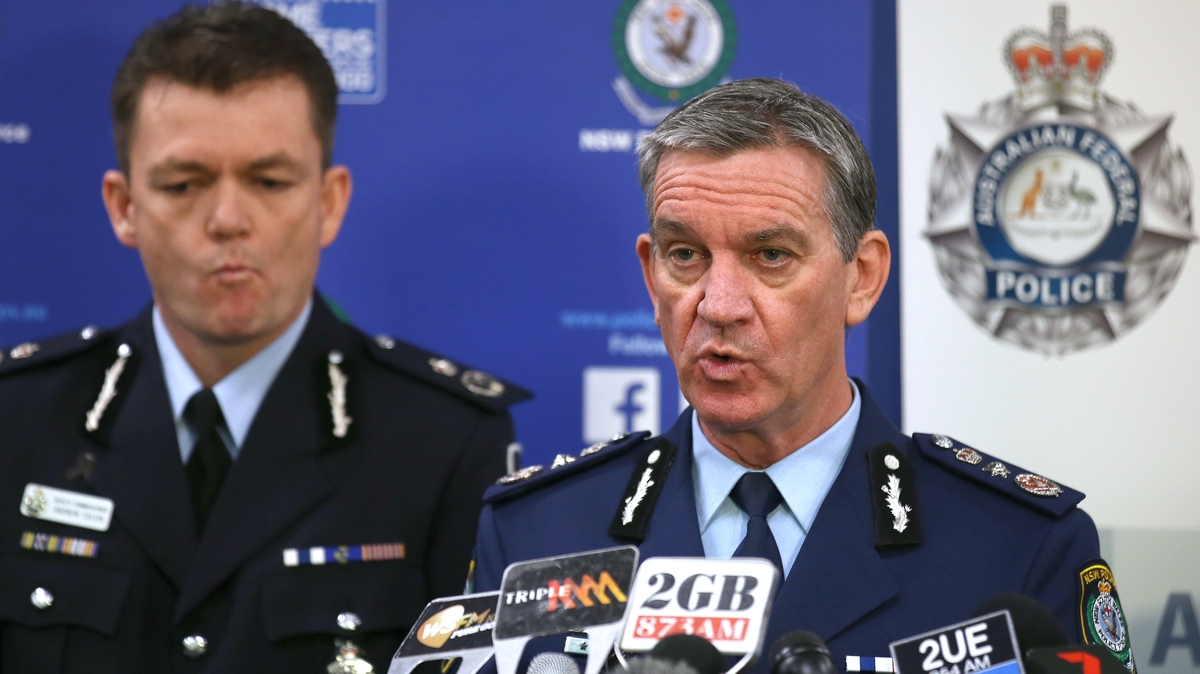 Australia's prime minister, Tony Abbott, says intelligence that Islamic State supporters were planning to carry out a killing to demonstrate its abilities led to counterterrorism raids in Sydney.

About 800 federal and state police officers raided more than a dozen properties across Sydney as part of the operation — the largest in Australian history, Australian Federal Police Deputy Commissioner Andrew Colvin said. Separate raids in the eastern cities of Brisbane and Logan were also conducted.

One person was charged with serious terrorism-related offenses and was scheduled to appear in court later Thursday. Colvin declined to detail the exact nature of the charges.

The arrests come just days after the country raised its terror warning to the second-highest level in response to the domestic threat posed by supporters of the group calling itself the Islamic State (also known as ISIS or ISIL).

"Police believe that this group that we have executed this operation on today had the intention and had started to carry out planning to commit violent acts here in Australia," Colvin said. "Those violent acts particularly related to random acts against members of the public. So what we saw today and the operation that continues was very much about police disrupting the potential for violence against the Australian community at the earliest possible opportunity."

Police declined to reveal exact details of the attack they believe was being plotted. New South Wales Police Commissioner Andrew Scipione said only that it was to be carried out against a member of the public on the street and was at "a very high level."

"Right now is a time for calm," Scipione said. "We need to let people know that they are safe, and certainly from our perspective, we know that the work this morning will ensure that all of those plans that may have been on foot have been thwarted."

Colvin said the raids conducted on Thursday were a follow-up to that operation. It was not yet clear how the investigations in Sydney and Brisbane were linked, he said.

Police said raids were conducted in a dozen suburbs of Sydney and in three suburbs across Brisbane and adjoining Logan.

A Muslim book shop and community center in Logan was at the center of counterterrorism raids on several properties last week.

Police said at the time there was no terrorist threat to the Group of 20 leaders' summit to be hosted by Brisbane in November, which will bring President Obama and other leaders of the world's 20 biggest economies to the Queensland state capital.

Australia has estimated that about 60 of its citizens are fighting for the Islamic State group and the Nusra Front in Iraq and Syria. Another 15 Australian fighters have been killed, including two young suicide bombers.

The government also has said it thinks about 100 Australians are actively supporting extremist groups from within Australia, recruiting fighters and grooming suicide bomber candidates as well as providing funds and equipment.