Accessibility links
Movie Review: 'This Is Where I Leave You' | The new comedy-drama brings four siblings — and one strong cast — together to mourn, but it rarely manages to rise above the ordinary, with one exception. 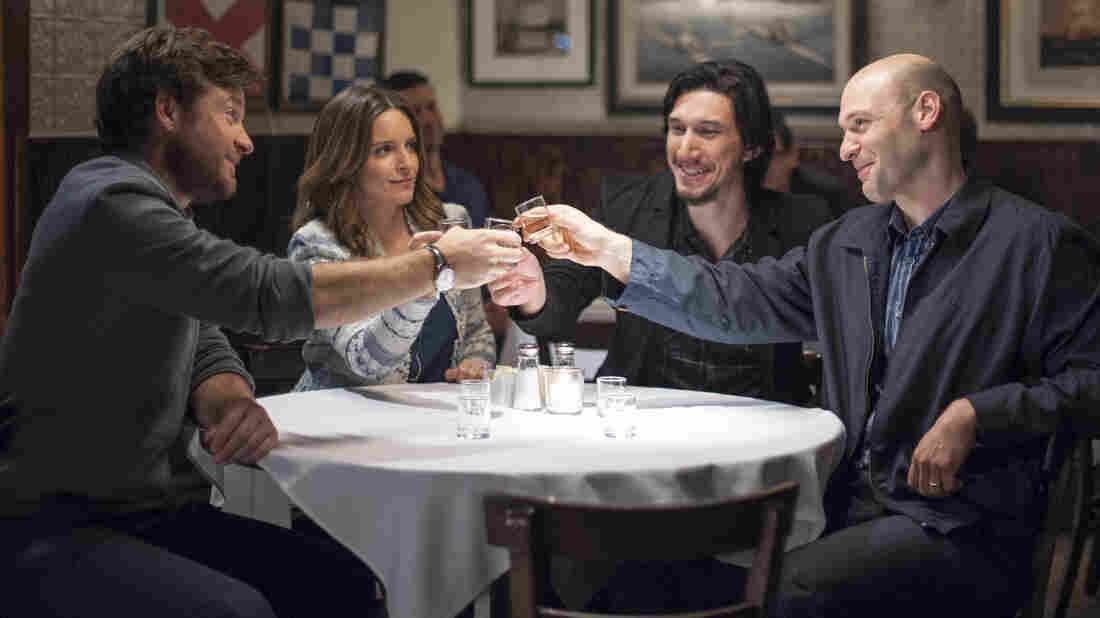 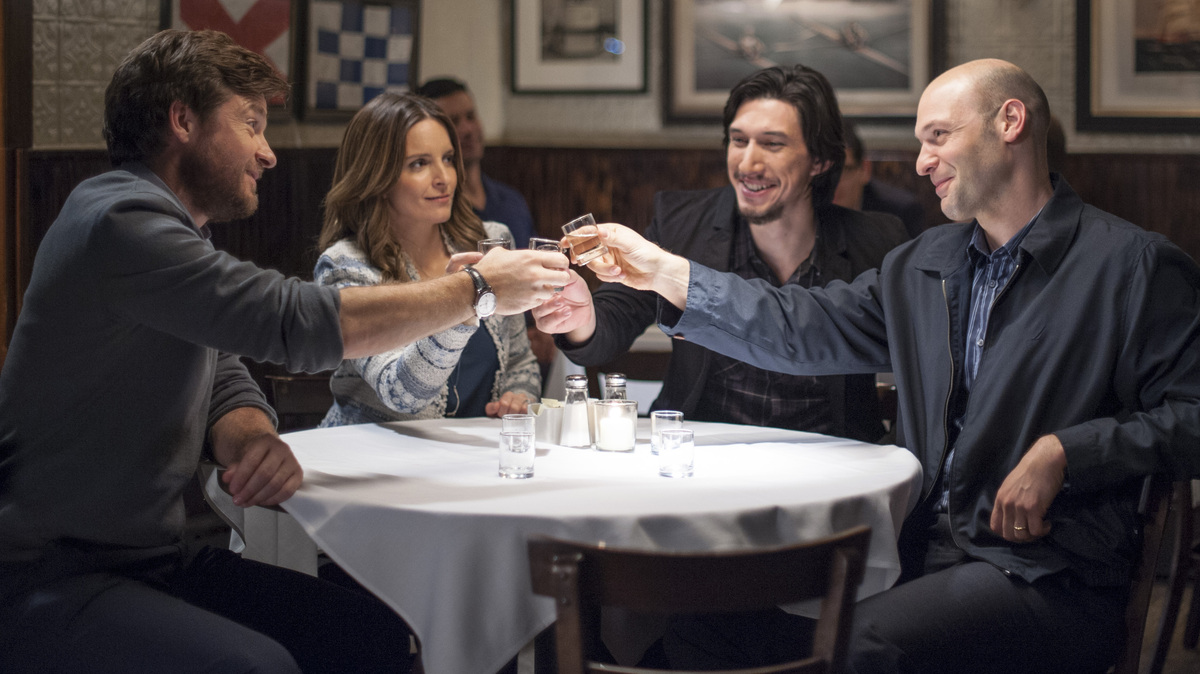 Jason Bateman, Tina Fey, Adam Driver and Corey Stoll play the quarrelsome Altman siblings, each with their own share of emotional baggage.

Ordinariness is a quality in movies that likely bothers critics and enthusiasts more than it does other people. The more films you see, the more the enemy becomes not just poor quality but familiarity, simply because even an inoffensive cliche becomes a cinematic earworm after a while — something that makes your brain flinch simply at the "this again!" of it all. This Is Where I Leave You, a family comedy-drama adapted by Jonathan Tropper from his 2009 novel, is unfortunately a very ordinary film, particularly for one adapted from such a thoughtful and tonally tricky book.

The story is of the Altmans (their surname, like some others, is changed from the book, where it was Foxman), a clan of four adult children brought together to sit shiva after the death of their father. Mom Hillary (Jane Fonda) is defined in large part (so to speak) by a recent breast enlargement her kids find mortifying, but their cringes are nothing new, given that she's a therapist who has been writing successful books about the family for decades.

Her kids have scattered, and they only reluctantly return: Judd (Jason Bateman) is just off a bruising separation from his wife and the loss of his job as the producer to a horrible shock jock (Dax Shepard). His brother Paul (Corey Stoll) is, together with his wife (Kathryn Hahn) — who also happens to be a former girlfriend of Judd's — is trying to have a baby. Sister Wendy (Tina Fey) is grudgingly married to a distant mate always known in the movies as Phone-Wielding Suit Guy, and spends a good bit of her time chasing her little kids around. And brother Phillip (Adam Driver) is the one everybody loves even though he's pretty much a disaster. He comes toting Tracy, his gorgeous, older girlfriend played by Connie Britton and every inch of her perfect hair.

That's a lot of people, and we haven't even gotten into the next-door neighbor Wendy once dated, played here by Timothy Olyphant, or Penny (Rose Byrne), the hometown girl with whom Judd meets up and begins a flirtation in between shiva sessions. In the novel, we wander from story to story as each builds in pieces, in the rhythm of days as the mourning process wears on. In the film, though, there's just not time for that. What is sacrificed in adaptations of novels, very often, is connective tissue, and here, the loss of the connective tissue is very hard on the story. There is only time to hit the high-impact moments in each of these threads, and that means you are constantly being asked to reset yourself emotionally for another important thing that's about to happen.

It's the reason other people's vacation slides are boring: Without the day-to-day, you lose the sense of importance that otherwise exists in the climactic sunset or the one perfect view. Similarly, without a novel's ability to provide the fuller perspective of a narrator's voice (which in the book comes from Judd, who's the central character in the film as well), it's very hard to make a series of heavy and important emotional turns seem like anything other than a very long trailer for a better-developed movie.

Those are the challenges that may have been baked into this project from the beginning; they are not necessarily problems with the execution. There are, however, problems with the execution. Director Shawn Levy is probably best known for the A Night at the Museum movies, though he also made the robot boxing movie Real Steel and Date Night, which also featured Fey and was actually quite charming. His habits are painfully conventional, and every scene in the film is shot in the most obvious way it could possibly be approached — he seems almost determined to film everything in a way that doesn't project anything except determined neutrality (excepting the distraction that comes from one overhead shot that certainly looks to be shamelessly lifted from Eternal Sunshine of the Spotless Mind).

Moreover, while the music is provided by Michael Giacchino, a fine composer who has worked on projects including Lost and Up, it's used entirely too heavily. It is relentless in its cueing of story beats, as if the audience cannot be trusted with the simplest emotional task. The songs chosen for various sequences, too, are too identically drawn from the same snooze-indie subgenre, and it begins to feel like we are taking one very long pottery class at a Starbucks on a misty weekend morning. There is a brief moment — a simple but crucial conversation — shared by Bateman and Britton on the doorstep of the house, that is blissfully and briefly unaccompanied by music. It is only in that moment that you see the quieter, less adorned piece this could have been in the hands of these really talented actors.

The performances, while fine, don't really elevate the film, with one rocket-fueled exception: Adam Driver, who almost manages — who may in fact manage — to make this otherwise underpowered project worth seeing. He is fantastic in this role, making Phillip exhausting but lovable and intelligent but hopeless, a man Tracy could conceivably, understandably fall in love with and should definitely not stay with. His instincts in every line reading are so on point that the bad-boy younger brother — such a trope that it can be a trap --gets a genuine glimmer of warmth and decency that makes his eternal childishness even a little sadder, if a little less intractable.

Despite its weaknesses, this remains a sweet story with some good lines, carried off by good actors. Its ordinariness may matter much less to people who don't spend all their time at the movies, who don't know they'll see 20 in a given year that follow the same basic templates. Between Driver and the backbone of Tropper's story, there's enough here that even the goopy direction and overbearing score doesn't quite rob it of all its charm. Less would have been more, but more could have been a lot worse.