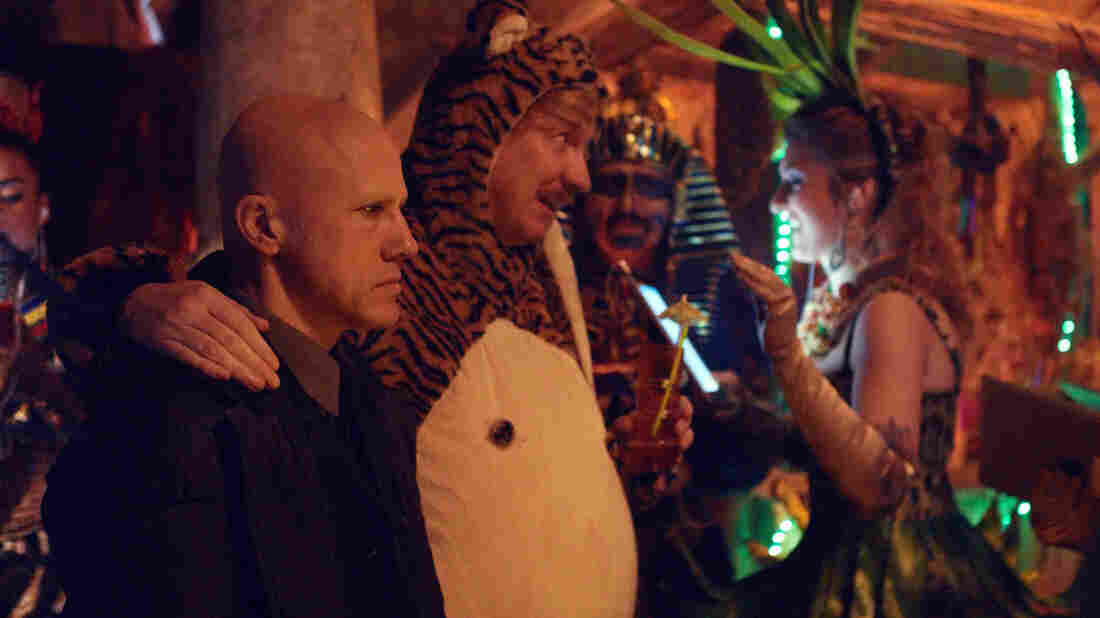 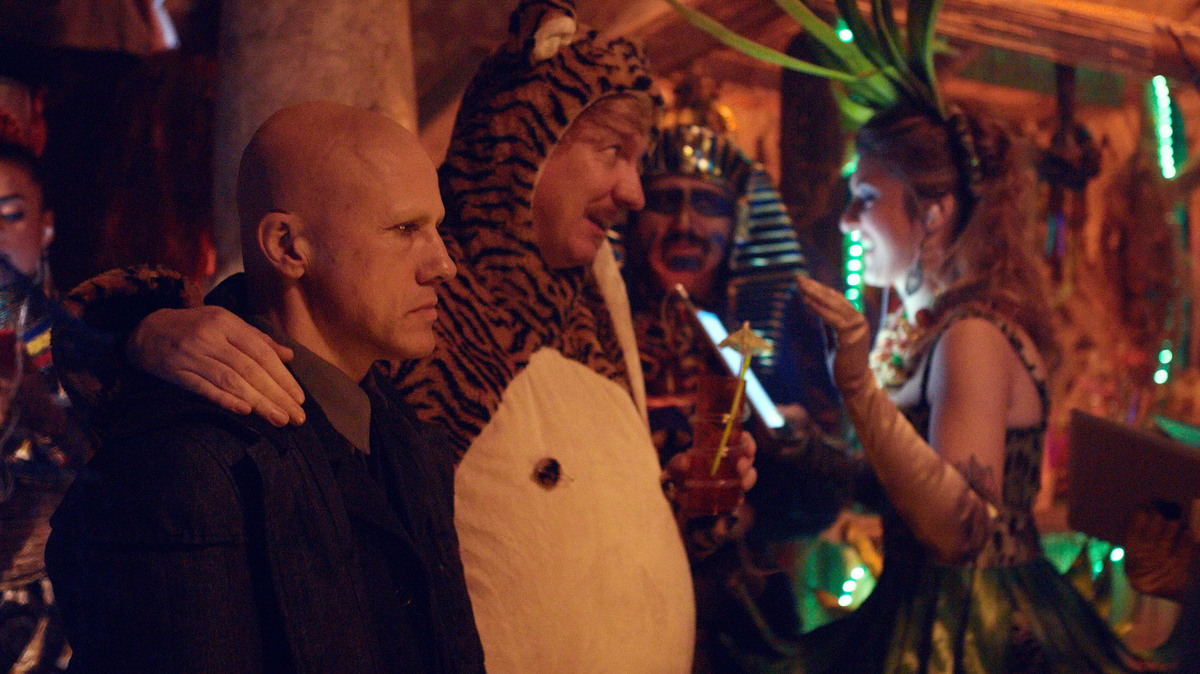 Christoph Waltz plays a genius programmer in The Zero Theorem.

Given that Terry Gilliam's The Zero Theorem first screened at the Venice Film Festival last year, it's absolutely coincidental that it's getting a theatrical release in the same season as the Stephen Hawking biopic, The Theory of Everything. Nevertheless, the confluence works well. Both are films about searches for a mathematical theory that will explain all existence — from its beginning in a big bang to, in Zero Theorem at least, its return to a black hole.

There are differences, of course: In Theory of Everything, the pursuit obsesses Hawking, whereas it brings Zero Theorem's Qohen (Christoph Waltz) only existential anguish about the meaninglessness of life. And while Theory of Everything stuffs the high-concept theorizing into a biopic form, where themes of love and family displace science and intellect, Zero Theorem attempts, at least, to place it in an equally thought-provoking dystopian scenario. Neither, however, avoids turning the search for the meaning of life, the universe and everything into a stale affair.

Zero Theorem is of a piece with the dystopian style of Gilliam's Brazil and 12 Monkeys. Qohen crunches "entities" (the next evolution of numbers, it seems) at a company called Mancom under the careful watch of a peppy supervisor (David Thewlis) and a CEO-of-sorts called Management (Matt Damon). Because he's a neurotic mess and has been waiting for years on a potentially life-changing phone call, Qohen requests to work from home, and Management eventually allows him the privilege once he realizes that Qohen is the perfect man to continue the search for his theory of existence.

Zero Theorem sticks closely to Qohen throughout. When he spends a year indoors working on Management's project — escapades into virtual reality with the flirtatious Bainsley (Mélanie Thierry) notwithstanding — we don't leave his home either. In such confinements, Gilliam's often disorienting, tilted shots serve to get us into Qohen's own discombobulated mindset.

But for the most part, Gilliam's visual eye drowns out his actor's performances, and in this case the effect is marred by a distinct familiarity to his imagined world. Two thugs who occasionally come by Qohen's house seem fashioned after Jumanji's Van Pelt, while Tilda Swinton, playing Qohen's therapist, puts on a near-identical performance to her recent turn in Snowpiercer.

That film, in fact, offers a telling contrast to Zero Theorem since, despite a flawed script, it succeeded at creating a series of varied and dazzling visual set pieces. Zero Theorem offers what by now is the standard cultural vision of an unappealing future: a mix of futuristic lights and screens (every street looks like Times Square) and preserved remnants of the past (Qohen lives in a dazzling abandoned church); a contrast between pristine, expensive technology and dirty, cluttered streets.

Similarly, much of Gilliam's social commentary amounts to, for better or worse, a common sort of foreshadowing. There's an irony to that, of course, and it sinks in by the end of Zero Theorem as Gilliam hammers home his points. Over-commodification, the overreaching powers of corporations, the isolation engendered by technology — all these remain real causes for concern. Yet a film like Zero Theorem makes you consider that, if things ever get as bad as Gilliam envisions, we will have grown numb to the warnings.

We originally said The Fifth Element where we meant 12 Monkeys. We are sending this apology from the future.