Amid NFL Scandals, A Novel About America's Love Of The Sport

Amid NFL Scandals, A Novel About America's Love Of The Sport 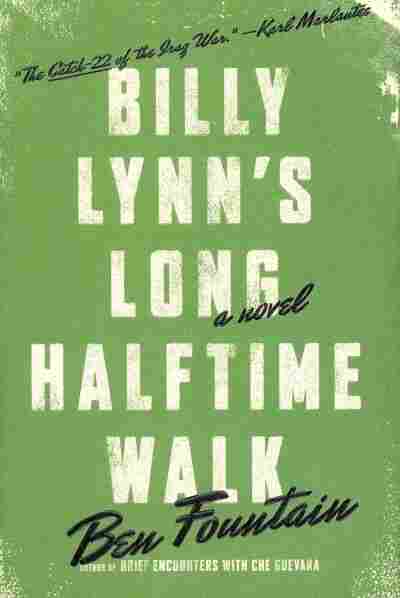 This was not the way America wanted the NFL season to start. The separate scandals of Adrian Peterson and Ray Rice have come on the heels of football's ongoing concussion revelations, the travails of its leaders, renewed uproars over insensitive team names and the league's tax-exempt status. Politicians have written letters. Whether or not any of this will convince viewers to switch off their televisions (the evidence so far seems to be that it won't), football news lately reads like a collage of American discontents.

As the news gets worse, I'm reminded of Ben Fountain's novel, Billy Lynn's Long Halftime Walk, which follows Billy and his fellow Bravo squad soldiers as they are honored over the course of a day at Texas Stadium, that recently demolished temple to the Dallas Cowboys, "America's Team."

Fresh from the Iraqi battlefield, where the squad's efforts to save a killed-in-action comrade were caught on tape by a Fox News team and subsequently broadcast around the nation, Billy faces the lesser but more knowable challenges of a final day on civilian victory-lap leave. Come morning, he'll be packing his bags.

The war, of course, hangs heavily over the novel, but the book's literal subject is football, and through football Fountain excavates the issues of 21st century homefront American life.

Over the course of his day as guest of honor at the Cowboys-Bears contest (Cowboys lose, for those keeping score), Billy encounters the 1 percent in the owner's box, and the 99 percent deep in the bowels of the stadium. He meets persistent religion in the guise of a pastor who texts things like, "He who honors me, I will honor." He gets onstage with Beyonce, kisses a cheerleader, navigates a fruitless Hollywood movie deal, meets lots of very wealthy white people, and converses with the players themselves, those behemoth, almost unbelievably hulking specimens, who want to know all about the guns that Bravo carries and can't picture a future away from the gridiron. There is a brawl shortly after the national anthem. Did I mention that it's Thanksgiving?

It's more common for baseball to be the national pastime of choice in literature, but reading Billy Lynn, it's hard to imagine an America outside of Texas Stadium. Then again, perhaps you don't need to. Maybe the 21st century, with all it's problems and glories, is just a football type of time.

Mark Chiusano is the author of the book of stories Marine Park.