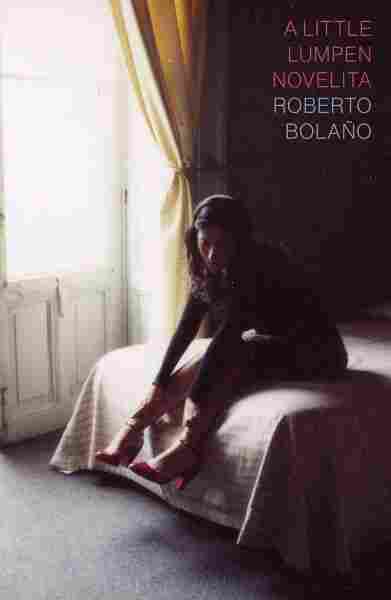 by Roberto Bolaño and Natasha Wimmer

When Roberto Bolaño died in 2003, he left behind a body of work that would later distinguish him as the most commanding writer to have emerged from Latin America in the last few decades. Although he gained international acclaim for epics like The Savage Detectives and 2666, his novellas and short stories have been equally provocative. Bolaño managed to pack in all the angst, detail, and disillusionment that make his longer book such a permeating force into works of one or two hundred pages.

In A Little Lumpen Novelita, we meet Bianca: "Now I'm a mother and a married woman, but not long ago I led a life of crime," she says. Told in 16 brief chapters, it's the tale of a teenage girl and her younger brother, who become orphans when their parents die in an automobile accident.

Alone and directionless, the two drop out of school and pass the time watching talk shows and X-rated movies. They also settle on a couple of jobs: Bianca at a salon washing hair and her brother sweeping and doing menial work at a local gym. There, at the gym, the boy befriends two men — a Bolognan and a Libyan — who end up moving in with him and his sister. The men cook and clean and are courteous.

Soon, as is characteristic of many a Bolaño story, things take a shift. Bianca begins sleeping with the men interchangeably, night after night, the room too dark to reveal which of them it is. Her sense of waiting, of anticipating some event that will alter her life forever, remains central: "A catastrophe. A visit from the police or the social worker. The approach of a meteorite, darkening the sky." Bianca is in a constant state of unrest and dissatisfaction, imagining another life in a different place; even imagining death, "in my parents' bed, a bed that I would have liked to hear creak, like an ocean liner as it goes down, but that instead was silent as a tomb."

"I didn't like my life," Bianca divulges at a point. She had come to the realization that where she was headed no doubt involved a life of crime. As economic instability becomes too much, and the four struggle to stay afloat, the housemates think up a scheme. The group will befriend a blind and aging ex-bodybuilder known as Maciste; Bianca will work at his home, cleaning and functioning as something of a glorified prostitute; she'll keep an eye out for a safe containing riches that can provide the culprits a life of happiness.

Bolaño likes to puts his characters in positions where they must choose between what's right and utter depravity. And they usually choose the latter — as does Bianca — even when given countless opportunities to back out of the caper. After repeatedly failing to locate the safe, she starts to wonder whether it exists or if it is in fact something imaginary thought up by her brother and his friends. She looks everywhere, coming up with only dust and bits of crumbling wall.

In time, the feelings Bianca develops for Maciste become something else entirely; and those feelings begin to govern her actions. As their relationship turns romantic — and as each finds a familiar beauty in the other's despair — Bianca and Maciste provide a fleeting sort of freedom for one another. In the end, the girl proves to be somewhat stronger than the dread always weighing her down.

A Little Lumpen Novelita, while short, is among Bolaño's most intoxicating works. Obsessive and ambiguous, its open-ended nature is reflective not only of the protagonist but of the author himself. And it further cements him as a master of the form, of any form.