Accessibility links
My Little Zebra: It Might Be Legal. That Doesn't Make It A Good Idea An estimated 3,000 zebras are grazing in American backyards. But would-be owners beware: they're not domesticated, and most can't easily be ridden. Plus, they can kick with lion-killing force.

My Little Zebra: It Might Be Legal. That Doesn't Make It A Good Idea

My Little Zebra: It Might Be Legal. That Doesn't Make It A Good Idea 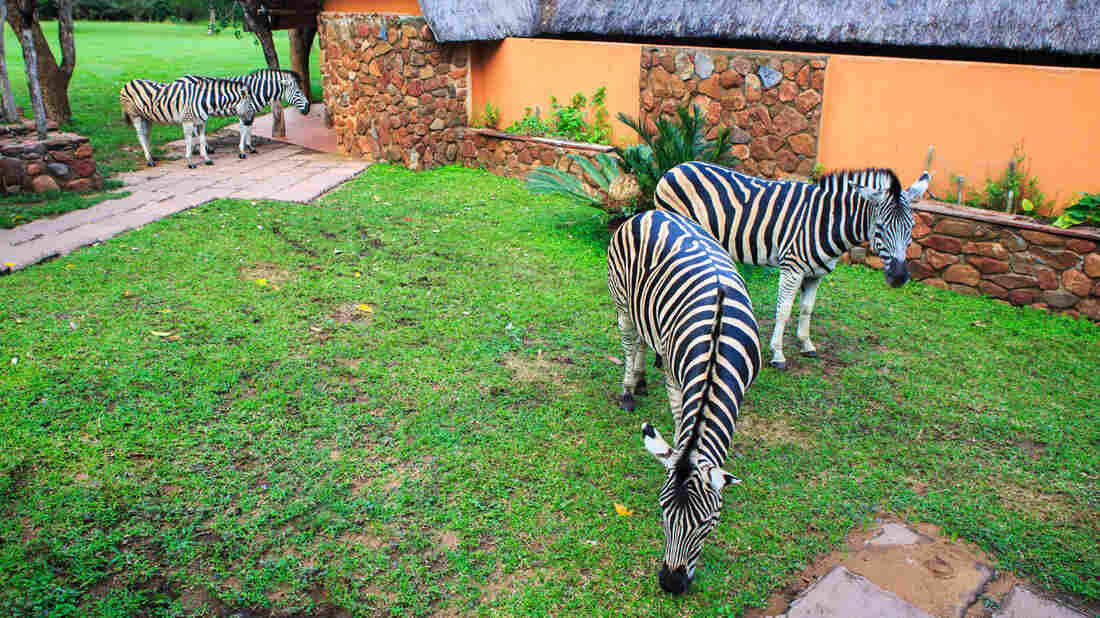 Sure, they're cute. And owning them is legal in more places than you might think. That doesn't mean buying a zebra is a good idea. Ozy.com hide caption 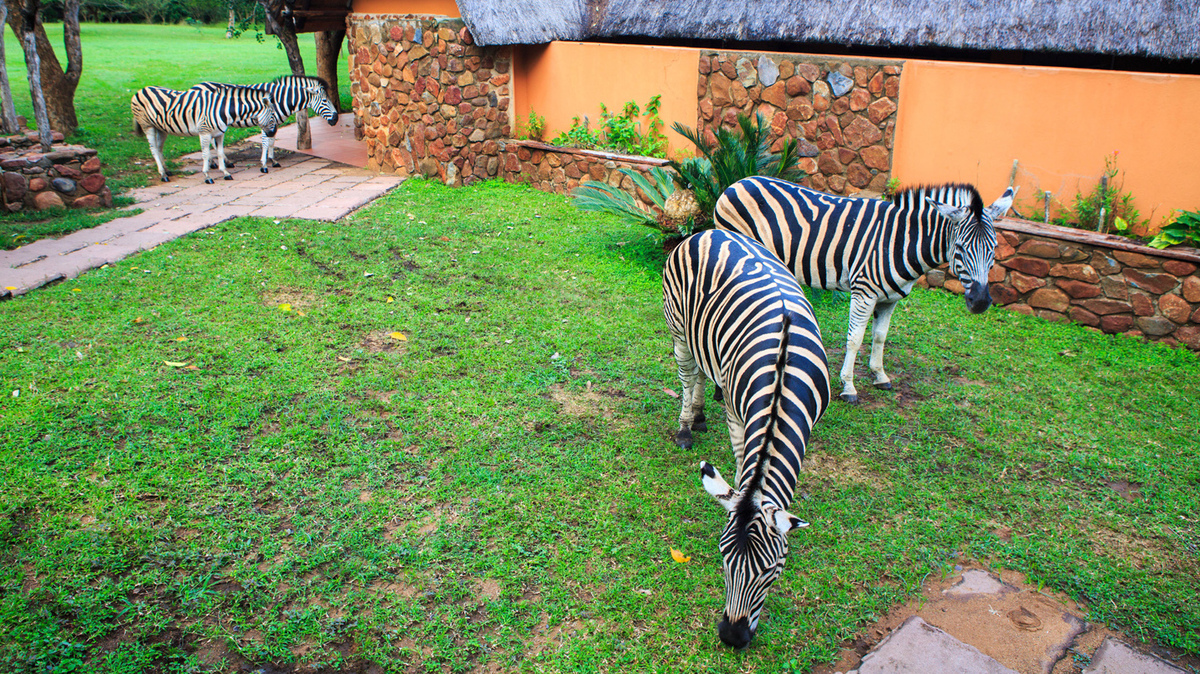 Sure, they're cute. And owning them is legal in more places than you might think. That doesn't mean buying a zebra is a good idea.

It's a hot, dry day in Kerrville, Texas, and more than a hundred people have gathered in a small circular barn. The crowd is mostly men, tan and weathered from working outdoors, but three little girls perch on a bench in the front. The littlest, who wears a Frozen T-shirt emblazoned with Elsa's face, leans forward, her eyes wide, and announces to her friends: "I really want a zebra!"

You'd be forgiven for not taking her seriously — except that we're at Raz Livestock Sales, where, at a monthly exotic animal auction, zebras regularly go for $4,000.

Owning a zebra is perfectly legal in most of the United States. Nancy Nunke, who 10 years ago founded the International Zebra-Zorse-Zonkey Association (IZZZA), estimates that 3,000 zebras roam, kick and graze in American backyards. (IZZZA itself has registered about 300 zebras, 22 zonkeys — zebra-donkey hybrids — and 13 zorses — the offspring of zebras and horses.) But it's hard to say for sure how many there are. Many states don't require zebra owners to file paperwork, and neither the American Association of Equine Practitioners nor the American Veterinary Medical Association tracks zebra ownership.

And while the thought of zebra ownership might make you smile like that little girl in the Frozen T-shirt, it's not an easy trot. Zebra owners must regularly contend with anti-exotic legislation, such as a January 2014 bill in West Virginia attempting to ban exotic animal ownership. Then there are the zebras themselves: Beautiful as they are, horsey as they seem, they're not domesticated like horses. And their kick can kill a lion.

Nunke runs training sessions for novice zebra owners at her California ranch, where she practices equine acupuncture and reiki on zebras with broken bones. She says business spiked in 2005. That's when the Hollywood movie Racing Stripes, starring Hayden Panettiere, inspired a gazillion little girls to exotify their equine fantasies.

"I got a lot of calls," Nunke said. "It was an opportunity to educate them about what owning a zebra means. We need buyers to realize they have different needs than horses."

While a zebra might just seem an exotic substitute for a horse, most can't be ridden, unlike Panettiere's creature. At least not easily. "You can train a horse in 30 days, but it took three years to train Rarity," says Timianne Sebright, 28, referring to the pet zebra she regularly rides. Sebright helps run the Rarity Acres horse ranch in Michigan, and for her, zebra ownership is a childhood dream come true. Her father wouldn't buy her one, as they were too expensive, so she raised money for Rarity by working at the local stables.

But Rarity was not the tame animal she'd been promised. He had been abused and had trust issues: "It took months of sitting with a bucket of grain for him to come up to me. Over the years I was slowly able to do more; he taught me so much, especially patience," says Sebright.

Even well-treated animals can be hard to break in, zebra owners say. Twenty-year-old Shea Inman broke her first horse when she was 14, but Joey, the zebra she bought from a Texas ranch, severely tested her confidence. "I thought it was going to be a piece of cake," she said ruefully. Cue the training montage: months of Inman gaining Joey's trust with carrots, slowly leading him around the field, and then the glory moment of saddling him, straddling him, and riding down the road, blond hair streaming behind her.

Inman sold Joey before she went to college — "I couldn't have taken him to Virginia Tech with me," she says — and has changed her view on zebras as pets: They shouldn't be kept in stalls, she argues.

Then there are the zebra horror stories. Lila Tatar was 18 when she got her zebra, and she struggled. She posted on Instagram, "Tbt to the day that I got this little bugger and was actually nice #stripes #pet zebra #evilzebra." Evil Zebra was sold in 2012.

Historical evidence of zebras as pets is rare. Pictures exist of Baron Walter Rothschild's zebras pulling his carriage through 19th-century London and Dr. Rosendo Ribeiro visiting patients atop a zebra in 1903. But they are exceptions, not the norm.

Of course, that's part of the allure — the zebras are exotic and wild, and the stripes stand out in a Disney-ish sort of way. Is that enough to justify owning one? Animal rights activists say no. "It's not necessary to pursue animals that are rare as pets," says Kate Dylewsky of Born Free USA. The organization opposes keeping any wild animal as a pet.

And while Sebright's "My Little Zebra" dream came true, don't expect yours to.

"Zebras aren't afraid to bite or kick if pushed," she says. "But a zebra who trusts his owner will have an extremely strong bond, and can be a joy to work with."

Zara Stone is a D.C.-based journalist and videographer who specializes in reporting on the intersection of technology and culture. Follow her on Twitter: @almostzara.