Accessibility links
Finding A Voice — Again — In The Pages Of A Comic Book David Rector was a long-time NPR producer — and comic book geek — before being felled by a terrible brain injury. Now, his fiancee is spearheading the creation of a comic book based on Rector's story. 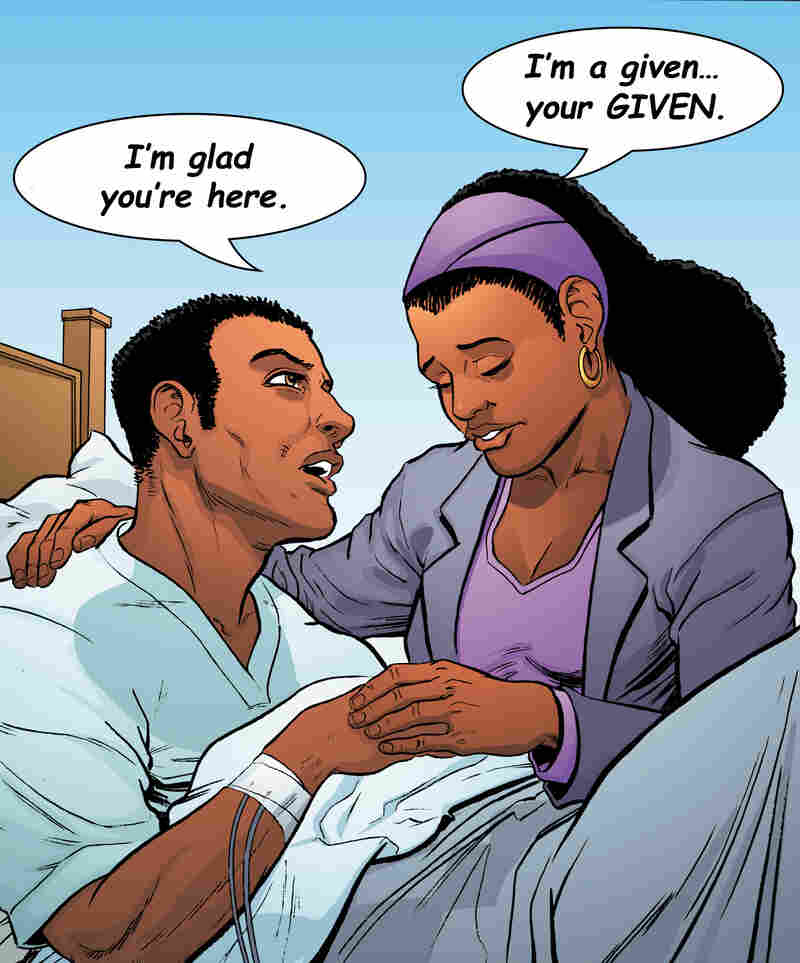 The voice belonged to David Rector, who was a producer here at NPR, going all the way back to the days of magnetic tape and razor blades. David left NPR in 2008 and moved to California to be with his fiancee and pursue his dreams of on-air work — but it didn't happen. He suffered an aortic dissection — a tear in a major blood vessel — then a series of crises in the hospital that ultimately left him unable to speak or walk. Now his fiancee, Roz Alexander-Kasparik, is helping give him a voice again, in the pages of an autobiographical superhero comic called Recall and Given.

David was a quiet guy, but he had an encyclopedic knowledge of movies, pop culture and especially comic books. "I tended to be a Marvel comics person, he was a DC guy," recalls Bob Malesky — David's boss for many years at Weekend Edition. "We tended to get into rather detailed arguments."

So naturally, he timed his arrival in California to coincide with San Diego Comic-Con — one of the biggest comics conventions in the country. Roz says they had a blast. "He saw the Incredible Hulk. We went to all the panels, he knew all the people, I don't know any of these people." But they didn't make it back the next year: Eight months later, David got sick. "So he went one day, from basically being on his treadmill while I was in dance class, to not being able to move or speak."

The man who wanted to make a living with his voice suddenly had no voice — in more ways than one. He could only use his thumb. He was given a court-appointed conservator. He no longer had the right to vote. Miserable, he stopped responding to his therapists. Roz fought an acrimonious legal battle to get him out of a series of nursing homes. 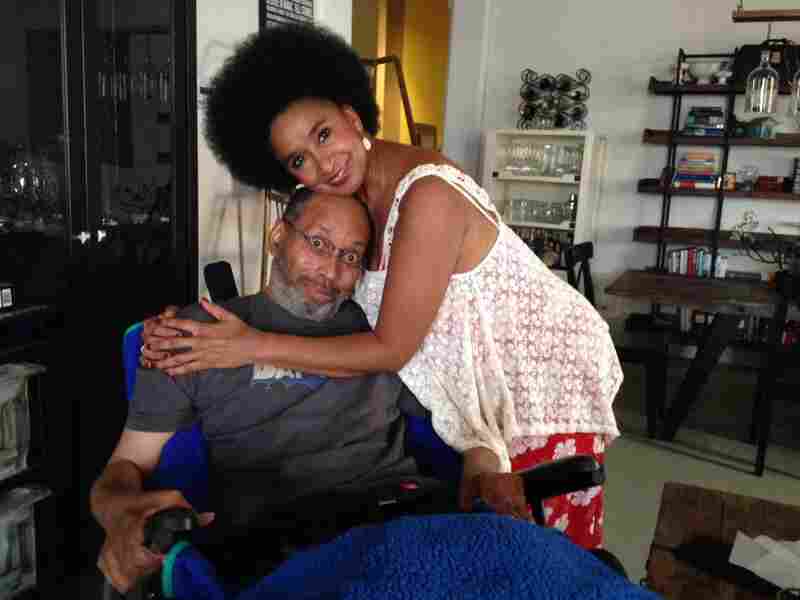 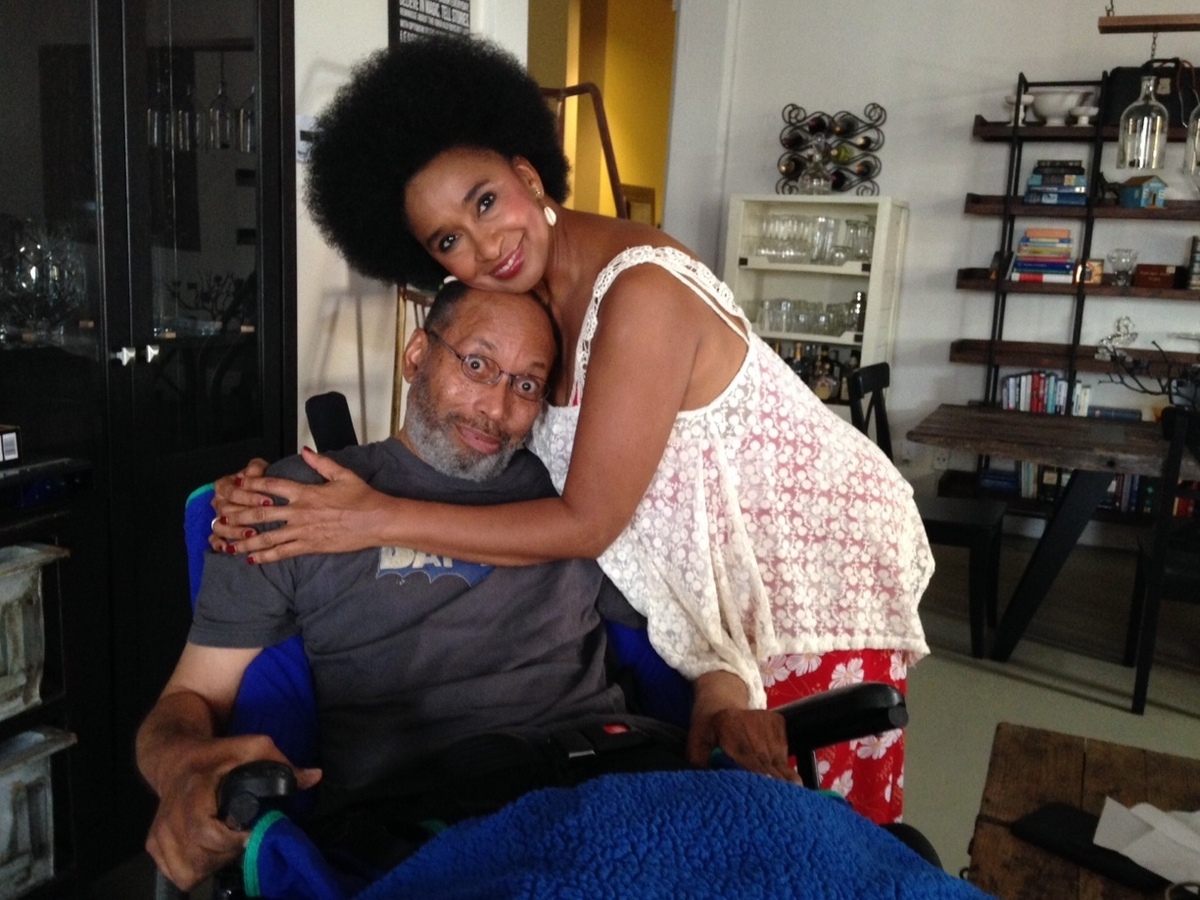 Through it all, she kept notes, and she wrote to anyone who could help. One person who did help was their comics industry friend Batton Lash — creator of a long running strip called Supernatural Law.

"Just one day last year, she just said, Batton, I have this idea — David and I want to do a comic book," he says. "And it was like the light bulb going over her head, because David loves comics — it's almost like therapy! Why not, let's do it."

Lash helped Roz find an artist, a mutual friend named Trevor Nielson. He walked her through the steps of creating a comic based on David's experiences. Roz herself says she knew it had to be a superhero comic, because of David's love of Batman and Superman.

And that's the origin story — because every superhero needs an origin story — of the character Recall. Roz describes him as "part specter and part very underground human, who imparts memories, seeds memory in others that's karmic."

Recall is almost like an astral projection: While his body lies stricken in a hospital bed, his spirit roams around, dispensing karmic justice by projecting memories into your mind — do good and you get a dose of good memories, do bad and, well, you get the idea. At his side is Given, who's based on Roz — and she's called that because her love for Recall is a given. Roz says David approves all the story and art choices, and he relishes his editorial role.

"The one thing that brought him back, was the comic," she says. "He would wake up, he would do his little finger things, he would make himself known, he would make his voice heard with regard to the comic that would bear his story."

And while Recall and Given is still looking for a publisher, in one sense it's already a success: David Rector can't speak right now, but his voice is there, on paper, in the curves of pen and ink and the careful lettering of a superhero comic book.

Read An Excerpt: Recall And Given 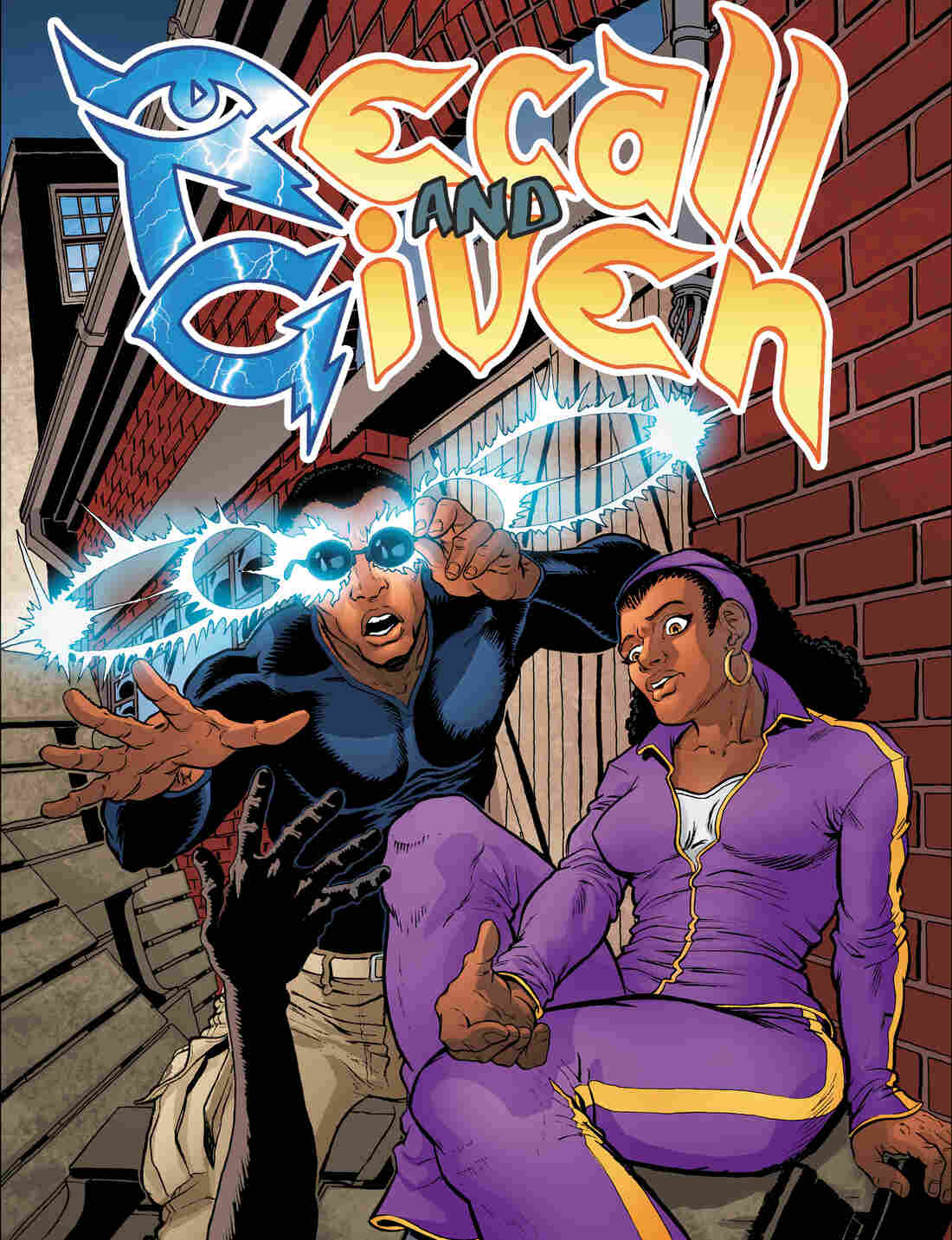 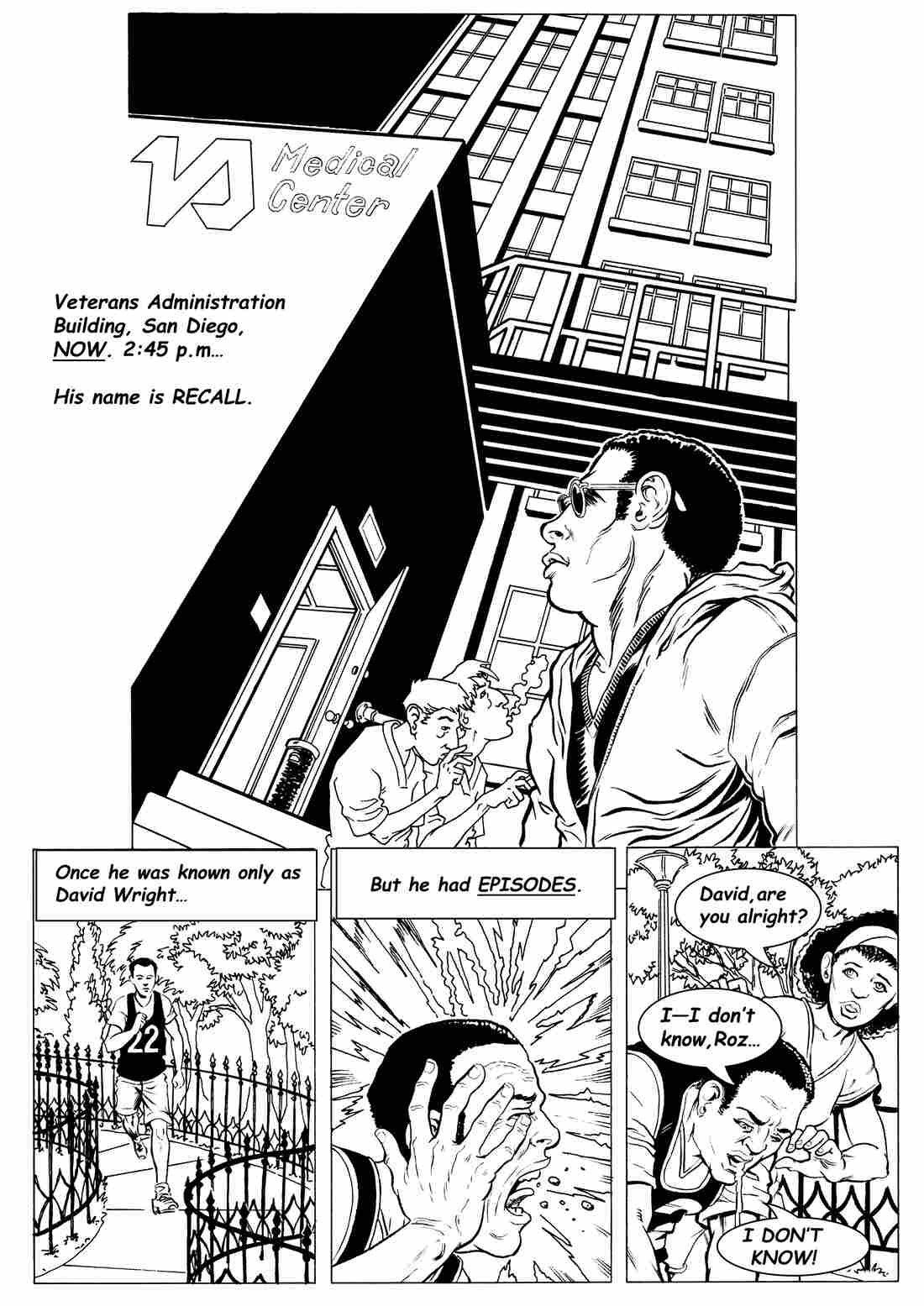 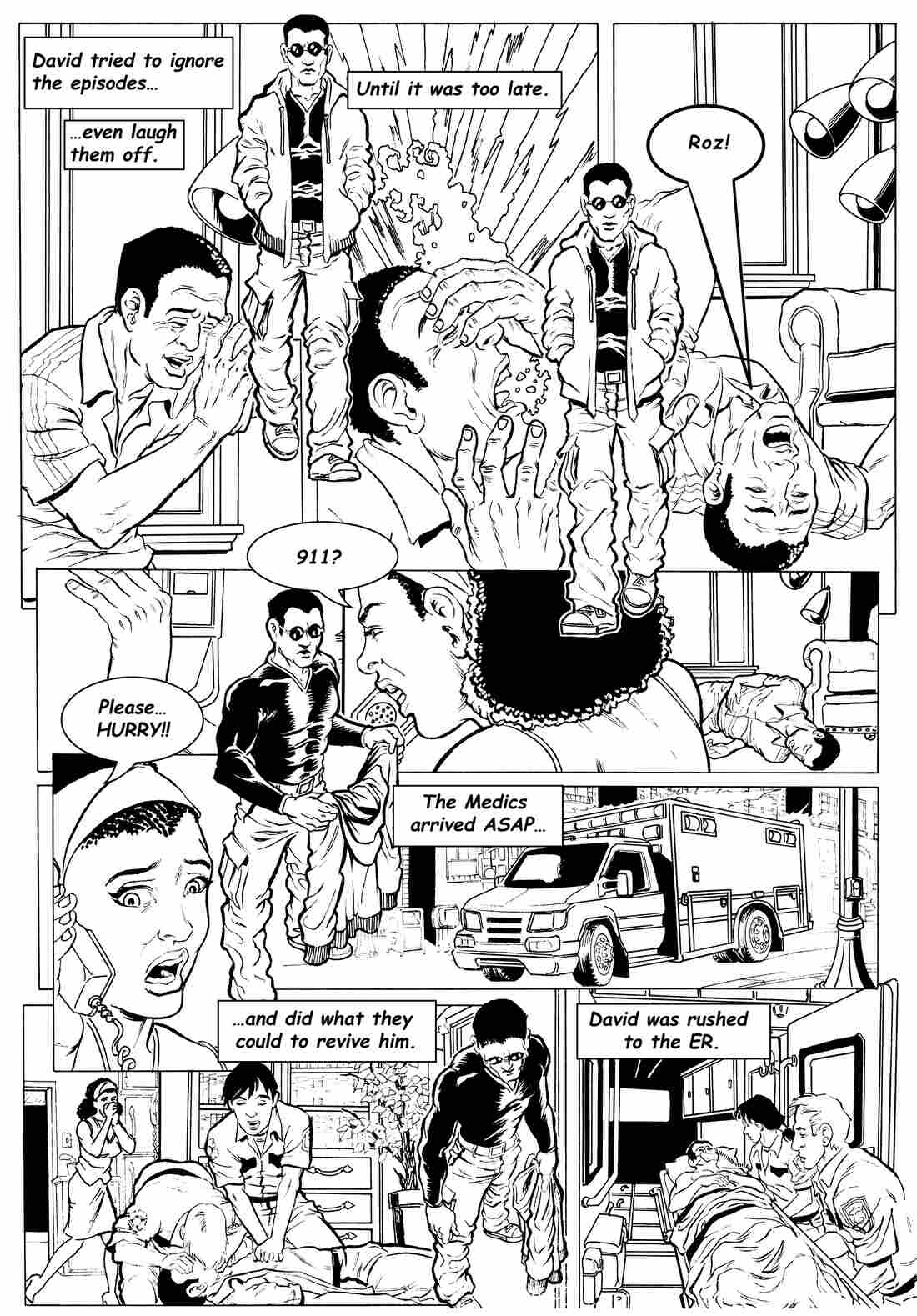 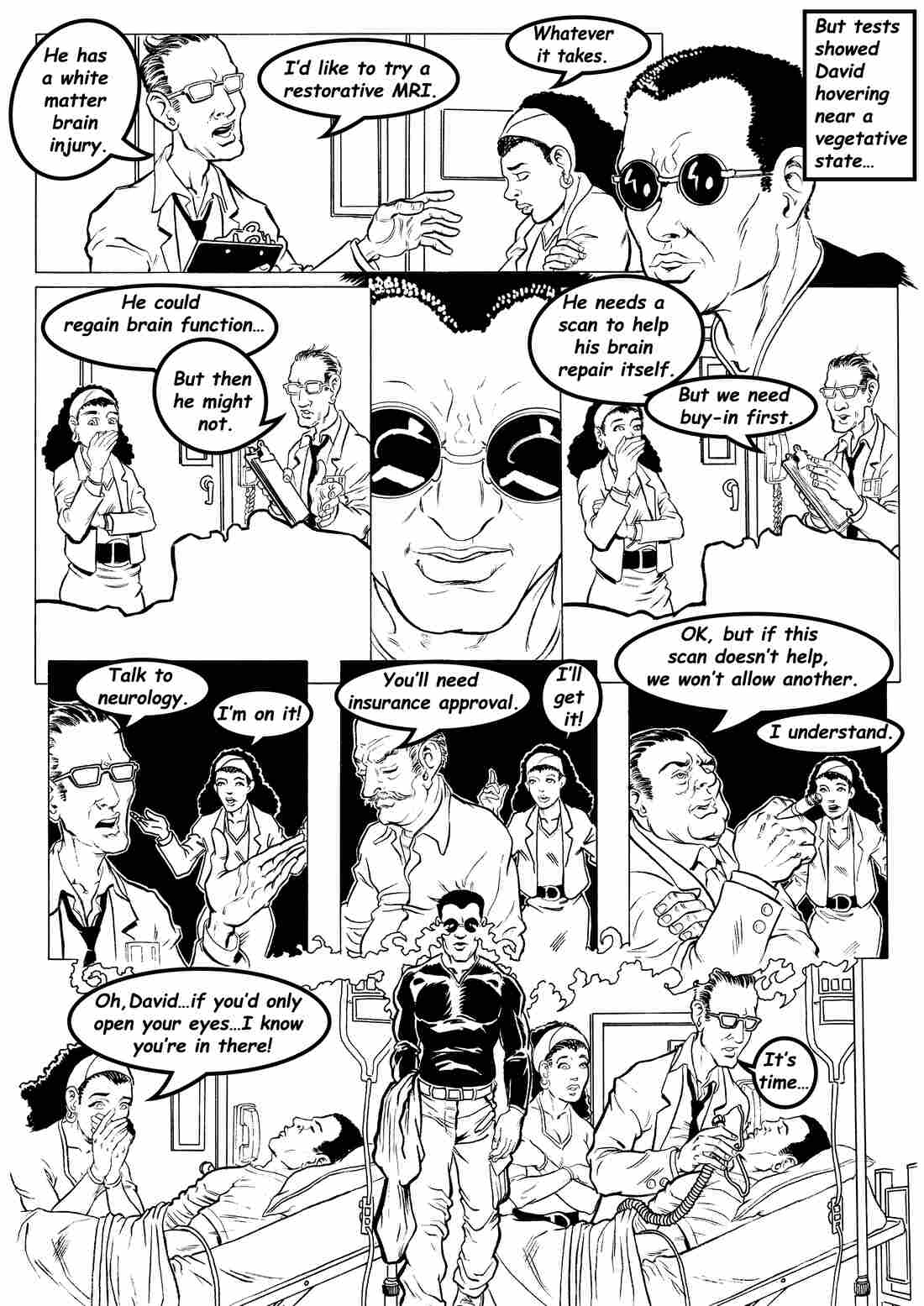 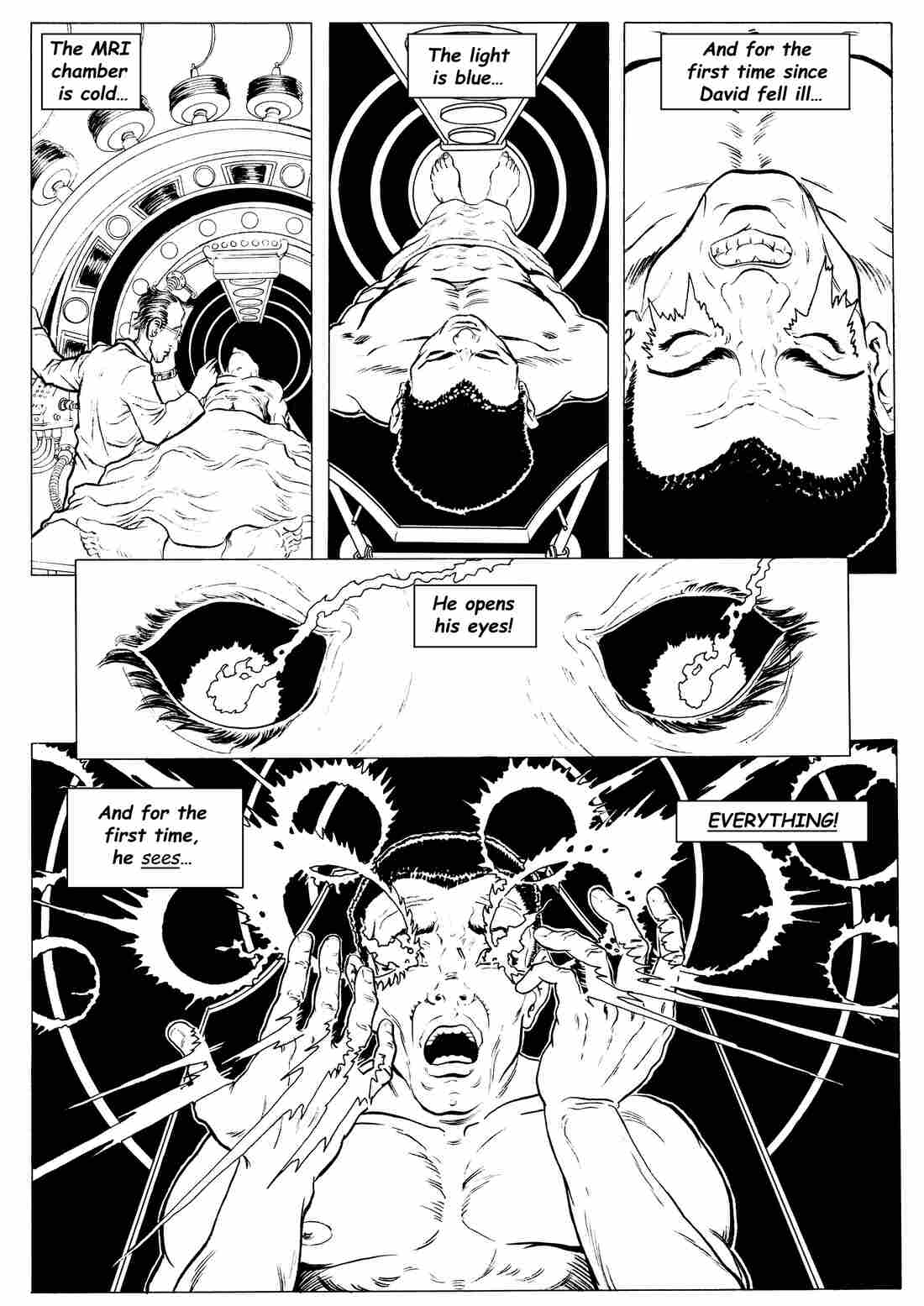