Accessibility links
Bill Simmons' NFL Talk Gets Him Three Weeks On The Sidelines Earlier this week on his podcast, ESPN's Bill Simmons called NFL commissioner Roger Goodell a "liar" and dared the network to come after him for it. And then it did.

Bill Simmons' NFL Talk Gets Him Three Weeks On The Sidelines

Bill Simmons' NFL Talk Gets Him Three Weeks On The Sidelines 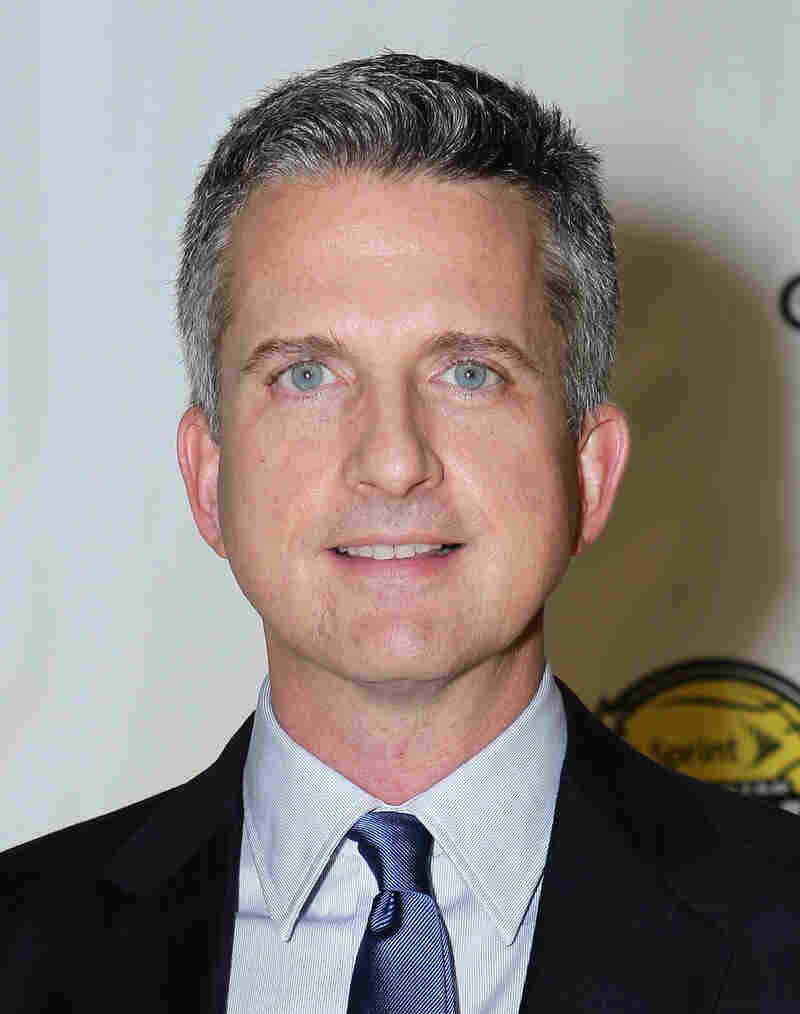 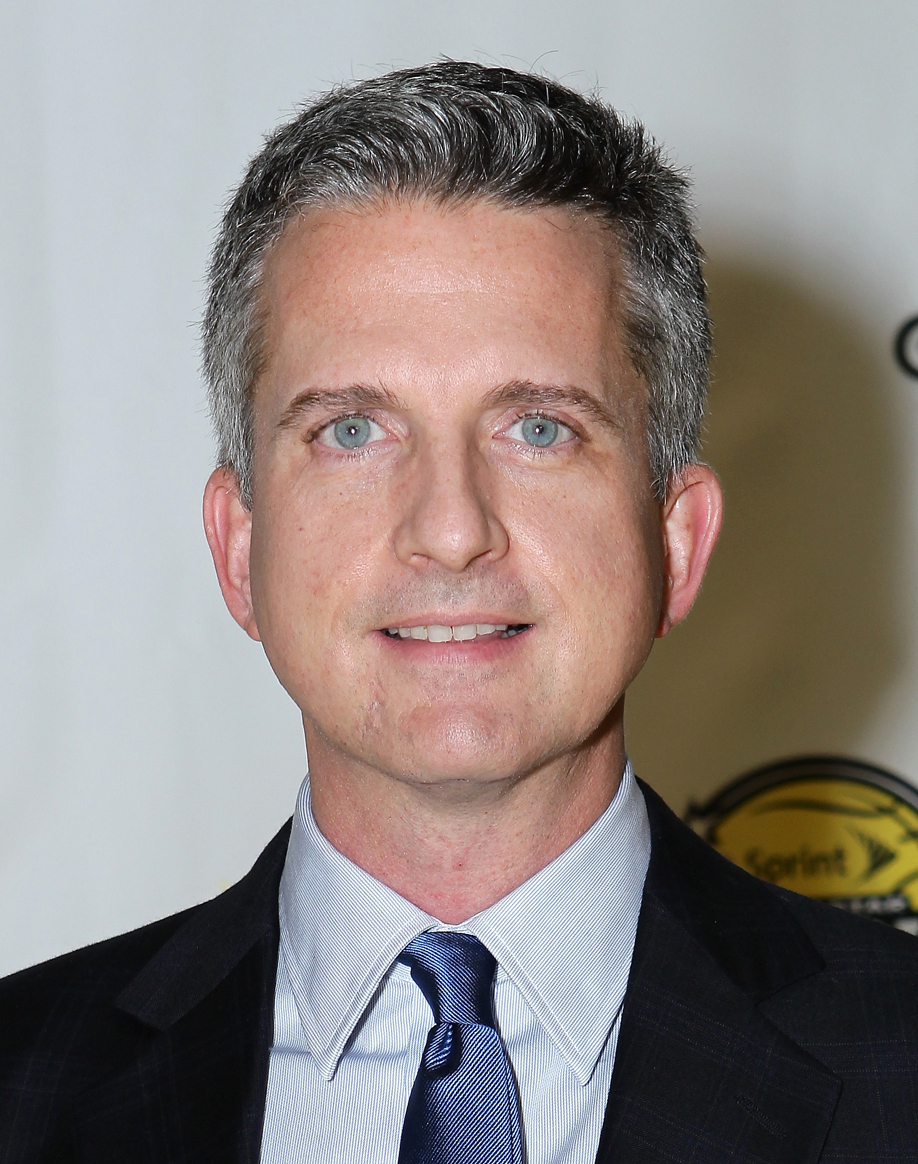 Bill Simmons, the ESPN commentator whose Twitter bio reads in part "Grantland boss + columnist, @30for30 co-creator, NBA Countdown co-host, BS Report host," will not be doing most of those jobs for three weeks after using the last of them — host of the podcast The BS Report — to call NFL Commissioner Roger Goodell a liar, and to dare ESPN to discipline him.

ESPN has removed the relevant podcast from its site, but Slate still has the audio clip, in which Simmons says (the profanity is bleeped in the audio):

He's referring there to the videotape of Ray Rice punching his then-fiancee, which Goodell has said no one in the NFL saw before the initial decision to suspend Rice for two games.

Simmons went on to anticipate that calling the NFL commissioner a liar might not go over well at work:

"I really hope somebody calls me or emails me and says I'm in trouble for anything I say about Roger Goodell. Because if one person says that to me, I'm going public. You leave me alone. The commissioner's a liar, and I get to talk about that on my podcast. Thank you. ... Please call me and say I'm in trouble. I dare you."

A statement from ESPN last night explained the suspension — which applies to all outlets where Simmons communicates, including Twitter and Facebook — this way:

"Every employee must be accountable to ESPN, and those engaged in our editorial operations must also operate within ESPN's journalistic standards. We have worked hard to ensure that our recent NFL coverage has met that criteria. Bill Simmons did not meet those obligations in a recent podcast, and as a result we have suspended him for three weeks."

There's a sense in which it's hard to be surprised that saying "I dare you" to the people you work for would tick them off, but running his mouth is the Simmons brand, for good or for ill, and people yakking about their personal opinions as loudly as they possibly can is a big part of the ESPN brand. If the network had a mascot, it would be a four-headed chicken that spent all day clucking at itself.

Furthermore, ESPN has an obvious tension, brought up by its own ombudsman this week in praising the network's recent NFL coverage, between its role reporting on the league and its role partnering with the NFL in carrying games, which makes suspending a commentator for these kinds of comments, even when they are accompanied by the bluster of "come and get me," a lot more eyebrow-raising.

In all honesty, had he not been suspended, these comments from Simmons, who has all kinds of opinions about all kinds of things, might have passed largely unnoticed. It's entirely possible that by suspending him for three weeks, ESPN guaranteed that the comments would reach many, many more people than they ordinarily would have.

It also provokes the obvious forehead-crinkling over what exactly Simmons means by "I'm going public." It could very easily be a statement made in a sort of blustery jest (with Simmons silenced, it's hard to know), but taken at face value, it's a threat to talk more about something more than he thinks they want him to. Maybe it's a joking threat. Maybe it's an empty threat. Presumably they know what they think it is, and there's undoubtedly more to his history with them on this issue than what he said on his show and what ESPN said in its statement.

But it's hard to avoid the comparisons that began making the rounds almost immediately when the suspension was announced: Simmons got a three-week suspension for this, compared to a one-week suspension for the network's Stephen A. Smith after he responded to the NFL's suspension of Ray Rice for domestic abuse in part by noting that it's important to teach women not to "provoke wrong actions." And, of course, Rice initially only got a two-week suspension for striking his then-fiancee, though it was later made indefinite when TMZ released the video of him punching her.

Even with so much incomplete information flying around, to a lot of people — including the ones who made the hashtag #FreeSimmons trend on Wednesday night — it looks bad. Whether or not the suspension can be justified, the optics are terrible and not what the network or the league needs, especially given the thrashing ESPN took last year when it removed its branding from League of Denial, a documentary about concussions, and found itself accused of bowing to league pressure. (Again, its actions on the documentary were something its own ombudsman said made ESPN appear "sloppy, naive or compromised.")

Suspending Simmons is only going to increase the chatter about the conflicts the network's own ombudsman worries about in public, and what might have just seemed like Bill Simmons Spouting Off, Part One Billion, now looks to his supporters and even to some of his foes like Bill Simmons, a guy paid to have opinions, being shut down for expressing the wrong one with the wrong attitude. This is the up and the down of hiring loudmouth commentators: The more you react to what they say, the more important and courageous you potentially make them look.

One side note: I wrote in this space Wednesday about the Steve Almond book Against Football. In it, Almond makes a specific plea to Simmons to be more straightforward about the problems with the league and sport, calling on him as one of the few commentators from whom a shift in position might actually affect public opinion. This is an unhappy coda.