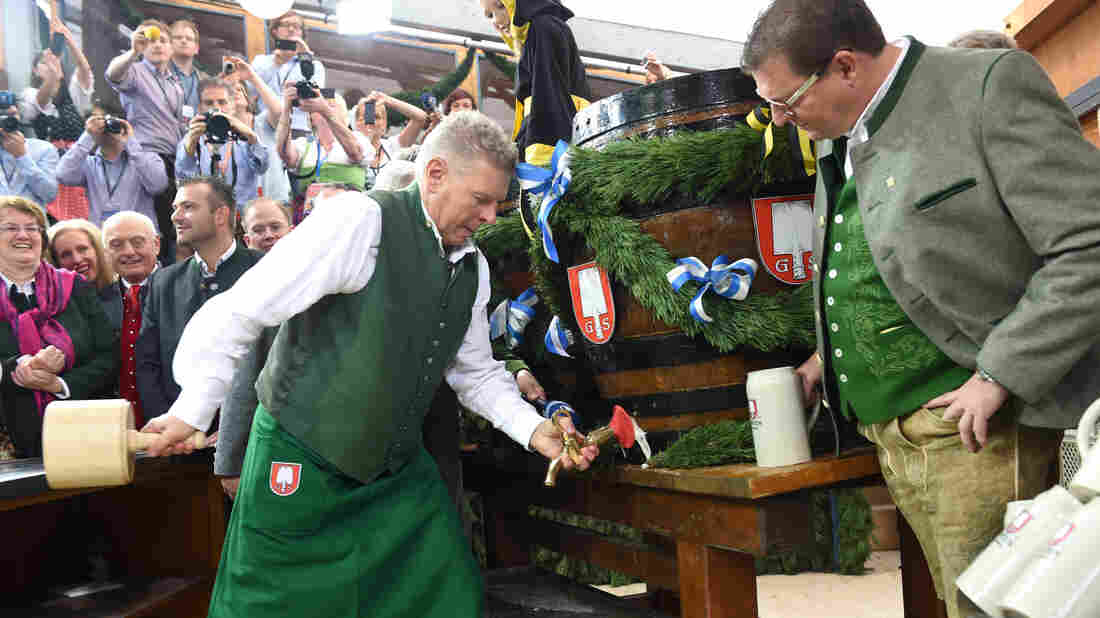 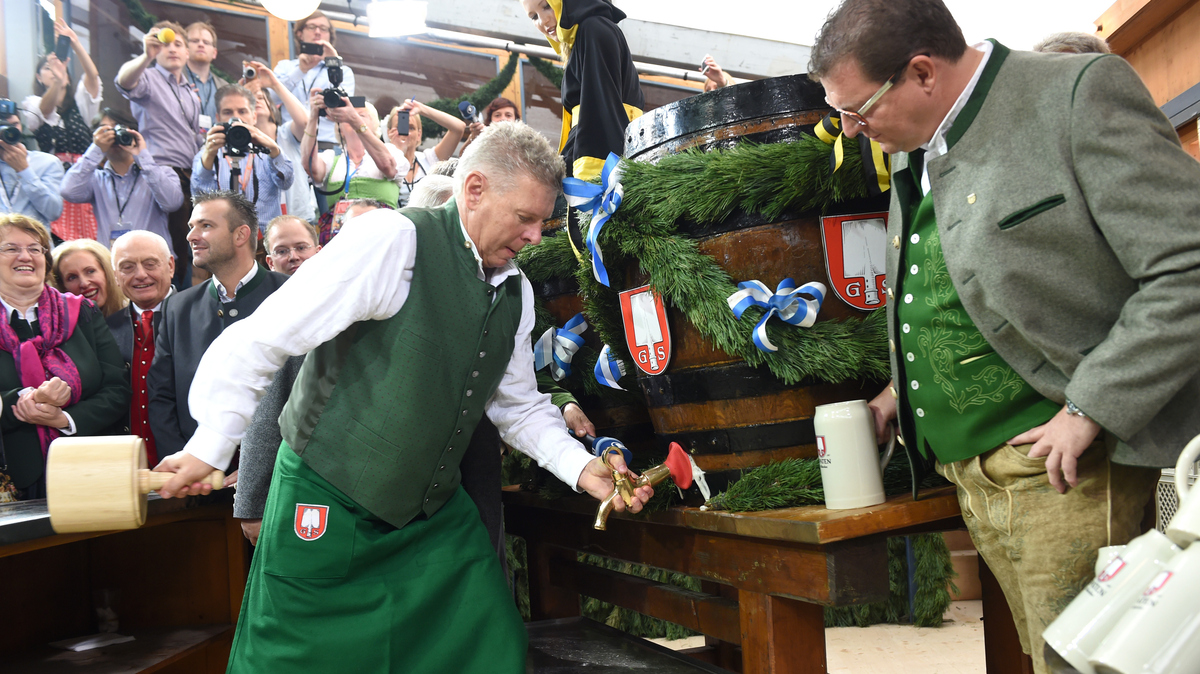 Munich's Mayor Dieter Reiter uses a wooden hammer to pound a tap into the first Oktoberfest beer barrel. "It is not most important mayoral job, but it is the most watched," says Christoph Deumling.

Every big-city mayor has a few key responsibilities, like making sure trash gets picked up properly, keeping the buses running on time and paying cops and firefighters.

The mayor of Munich, Germany, has one more big job: tapping the ceremonial first keg at Oktoberfest.

The annual festival celebrating Bavarian culture, carnival rides and liter-sized glasses of beer is currently underway in Munich, and runs through Oct. 5.

As always, this year's festival began with the mayor taking a wooden hammer, driving a metal tap into the first barrel and declaring live on television "O'Zapft is," or "it is tapped!"

The question facing every mayor is this: how many hammer blows will it take to successfully tap the keg?

For Oktoberfest-Goers In Munich, A Parade And A Party

"It is not most important mayoral job, but it is the most watched," says Christoph Deumling, a host with the Bavarian public radio and TV broadcaster Bayerischer Rundfunk. Deumling has broadcast live from the Oktoberfest opening ceremonies for 24 years, and watched the tapping up close for the previous 10 years.

The apocalypse could strike Munich, Deumling jokes, "but if the mayor can tap the keg with two or three blows, than everything is OK."

For the last two decades, Munich's mayor has been Christian Ude, who has become a bit of an expert. He's managed to consistently tap the keg with just two blows.

The consistency made the whole event "extremely boring," says Deumling.

It wasn't always so easy. According to the Sueddeutsche Zeitung, Munich's mayor in 1950, Thomas Wimmer, took 17 attempts before he could successfully tap the keg.

But four months ago, Dieter Reiter entered office as Munich's new mayor, and as Oktoberfest approached, the excitement and tension began to rise.

"[Reiter] knew that if he needed more than, I don't know, five or six blows, it would have been a disgrace," says Deumling.

If he needed more than, I don't know, five or six blows, it would have been a disgrace.

Christoph Deumling, radio and TV host who broadcasts live from the tapping

In the days leading up to Oktoberfest, the local TZ newspaper reported that Reiter had begun a secret training regimen to prepare.

Deumling says that three days before the opening ceremonies, the mayor even tapped 40 kegs in preparation.

In the end, Reiter managed his first tapping with four blows, or three-and-a-half, depending on whom you ask. (Three solid hammer blows, and one more for safety.)

Reiter managed a respectable number, but still left himself some room for improvement next year.

Plus, in the end, the beer still flowed on time.