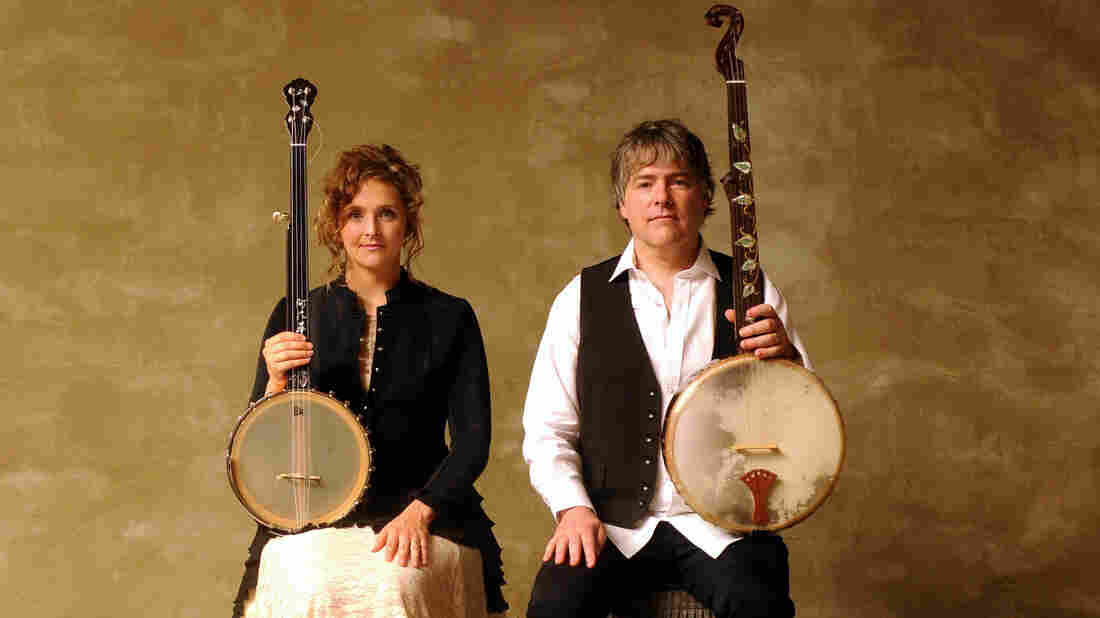 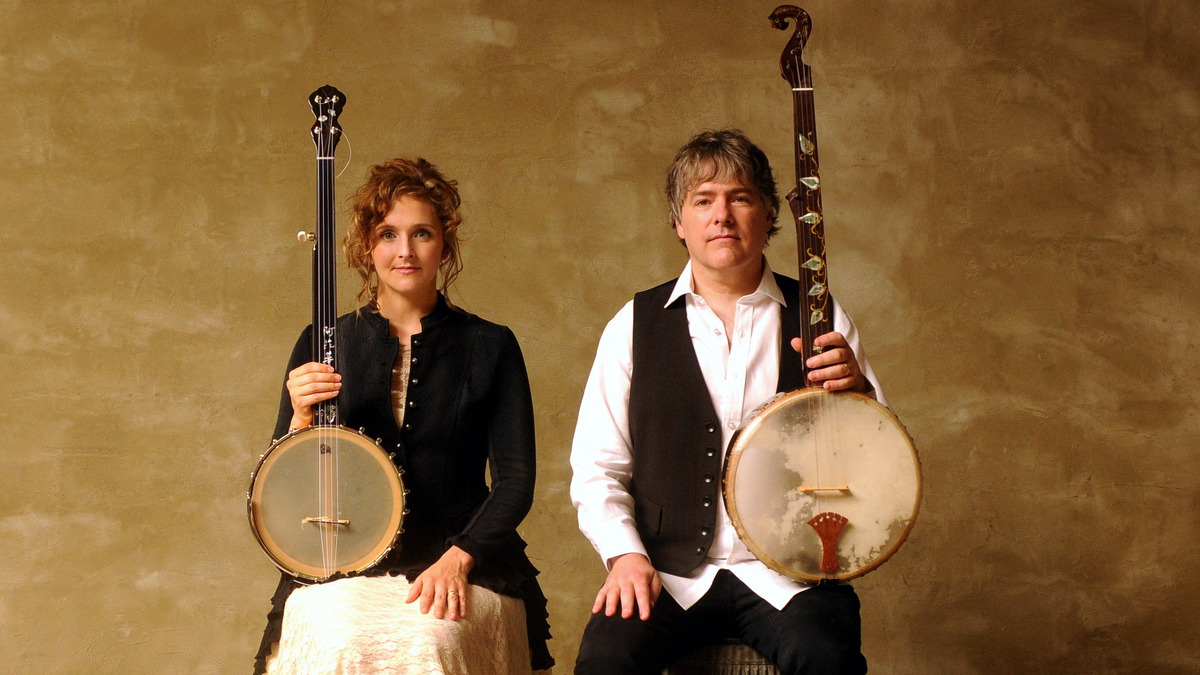 This is not Dueling Banjos: The Married Couple Edition. You won't find the careening energy of the mano-a-mano from the Deliverance soundtrack, or of the Flatt and Scruggs classic "Foggy Mountain Breakdown." Outbreaks of dazzling, speed-demon technique are few.

Instead, the first duo recording from Bela Fleck and Abigail Washburn — husband-and-wife banjo adventurers with divergent areas of specialty — is notable for its understated, welcoming calm. Across 11 short, carefully arranged slivers of Americana, Fleck and Washburn explore roots music using the tones and coloration options that arise when two banjos join in conversation. Sometimes the focus is on basic timekeeping, via the intricate arpeggios and latticework rhythm patterns associated with scores of banjo classics. Sometimes the two seek out moodier realms, among them the unique, entrancing drones common in rural blues.

And sometimes, as in the Flecktones-era original "New South Africa," they trade ad-libbed lines like jazz veterans, sparring with enviable crispness. What's striking about these instrumental passages is not the virtuosity — there's plenty on display — but the way these two cultivate and sustain dialog. A challenge of the duo setting involves listening and knowing when to respond; as they trade variations on a theme, it's possible to hear each treading lightly, curious to hear where the other might nudge the piece next. Both are inclined to let the conversation unfold naturally, and that requires constant shifting between foreground and background, solo and accompanist roles. They do this with such ease, at times it sounds like there are four or more banjos in the mix. (In fact, seven different instruments, including a baritone banjo, were used; Fleck also takes a rare turn as a background vocalist in spots.)

Alive and in constant motion, the banjo discourse provides a wondrously open backdrop for Washburn's vocals. It takes some doing to revitalize a warhorse like "I've Been Working On The Railroad," but Washburn does it. She emphasizes the work-song cadence while glancing gently at the blues, and at the same time somehow conjures a wide-eyed sense of wanderlust — a feeling ported directly from that long-gone age when the railroad inspired reverence. She's so uncontrived and uncomplicated and entirely believable, she could be from that era. She's believable when singing in a more modern folk idiom, too: In Fleck's dystopian "What'cha Gonna Do," her voice — which a wine snob might describe as bearing notes of honey and vinegar, bourbon and bluegrass — asks a hypothetical question about an end-times scenario in which the "land goes into the water." Her intention changes line by line: One minute she could be castigating corporate polluters, the next minute she sounds dismayed about humanity's chances, and the next she's singing with fierce yet intimate urgency, as if trying to rouse someone who's been sleeping for too long.

The material on this self-titled set, recorded shortly after the birth of the couple's son Juno, covers an impressive range. There are wistful, singer-songwriterly originals (Washburn's "Ride To You") and old Appalachian classics ("Pretty Polly"), murder ballads and songs about the afterlife. What is it about the banjo that makes it such suitable accompaniment for tales of dire and untimely ends? The duo takes full advantage of that grim legacy in a delightful song called "Shotgun Blues." Singing in a barely contained rage, like she's got a shotgun in her hand, Washburn goes out to seek revenge against a no-good lover: "If I thought you felt bad for what you done to me," she sings with a steely resolve, "I'd let you go, but you're just too mean." It's a harsh and dramatic performance, and to highlight its extreme nature, the picking party carries on serenely behind her. Fleck scampers through a series of increasingly tricky lines as if running for his life through thick woods, trying to avoid capture. It's not the Deliverance story, exactly, but it's got the hunter-and-hunted dynamic down cold.