Accessibility links
Japan Police: More Than 30 People Believed Dead At Volcano Rescuers found the bodies near the peak of an erupting volcano. 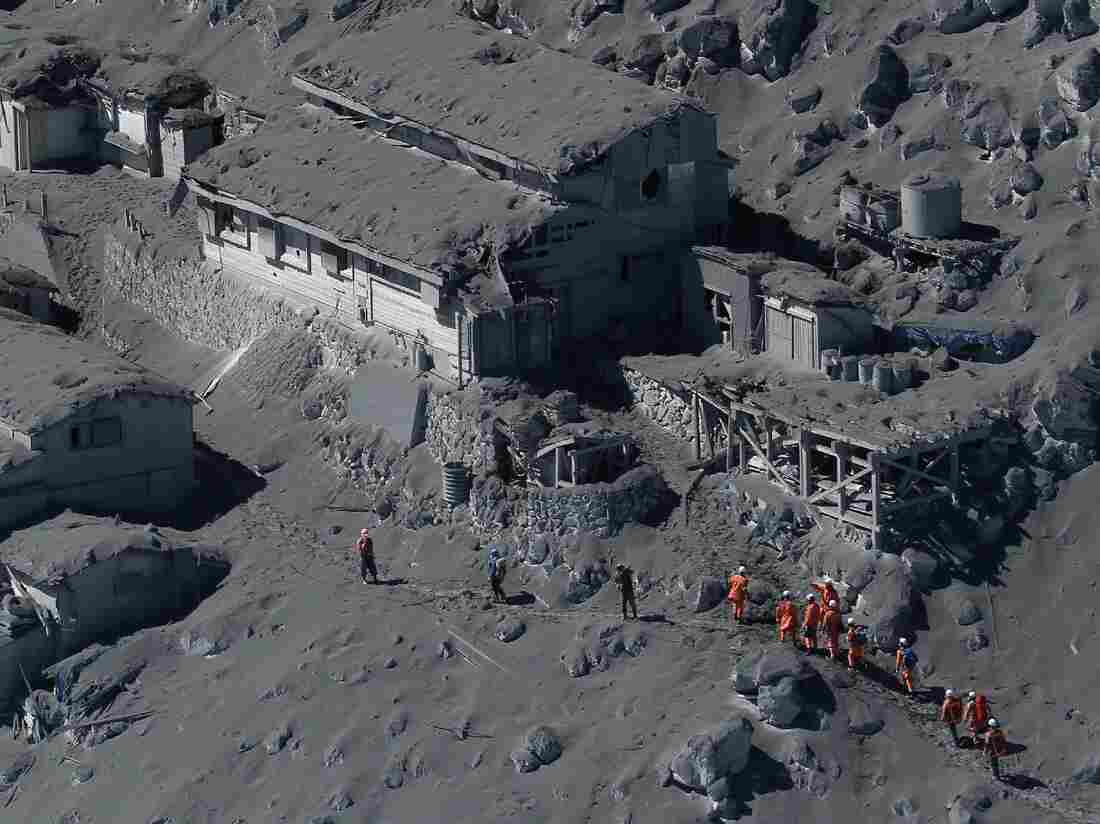 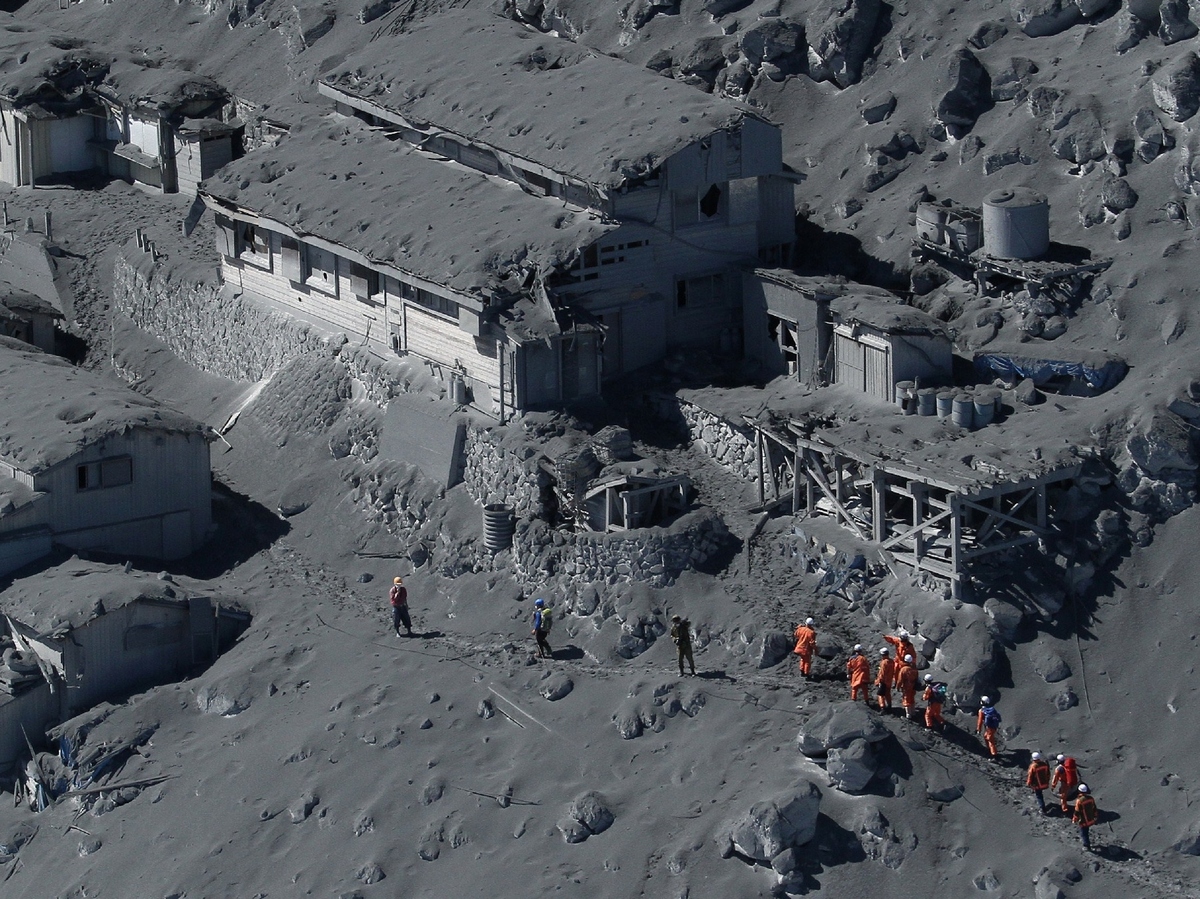 Rescue workers and Self Defence Force soldiers search for missing climbers among ash-covered cottages on Mount Ontake on Saturday.

Rescue workers on Sunday found more than 30 people unconscious and believed to be dead near the peak of an erupting volcano, a Japanese police official said.

The victims have been described as not breathing and their hearts have stopped, which is the customary way for Japanese authorities to describe a body until police doctors can examine it.

Hiker Catches Volcano's Eruption On Video, And Is Overtaken By Ash

The official from Nagano prefecture police said details of where the bodies were found and their identities were not immediately known. He spoke on condition of anonymity because he wasn't authorized to speak publicly.

Mount Ontake in central Japan erupted shortly before noon Saturday, spewing large white plumes of gas and ash high into the sky and blanketing the surrounding area in ash. At least 250 people were initially trapped on the slopes, but most made their way down by Saturday night.

Keita Ushimaru, an official in nearby Kiso town, said that Nagano prefecture crisis management officials had informed the town that at four people were being brought down with heart and lung failures, and that there were others in the same condition.

Rescue workers were also trying to bring down the injured who were stranded on the mountain overnight. Military helicopters plucked seven people off the mountainside earlier Sunday, and workers on foot were also helping others make their way down.