'Rooms' Is Haunted By People (And Ghosts) That Can't Let Go

'Rooms' Is Haunted By People (And Ghosts) That Can't Let Go 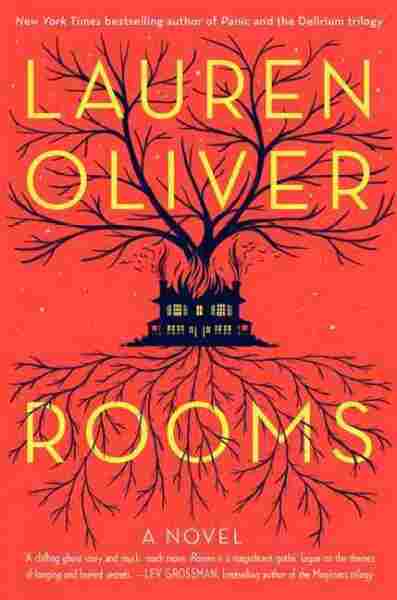 I have a friend whose parents died when she was a teenager, leaving her the house. They had been sick for a long time, and so the accumulation of stuff that generally accompanies any suburban existence was traumatically amplified: the dining room had two sets of furniture, the living room had three. The basement was an impassible labyrinth; the offices were layered with geologic strata that recorded, in yellowed hotel receipts and birthday cards and middle school art projects, the entirety of her life with them — until the receipts became insurance reports and nursing bills and then, as abruptly as a landslide, nothing at all.

They left her the wreckage in the shape of a house, so that cleaning and organizing became disinterring and exorcising, and demanded relentless bravery. Every dusty shoebox or pile of unsorted mail carried the threat of a memory. The old clothes that she couldn't wear, the rusting BMW in the driveway her father always meant to fix, the peeling wallpaper in the bathroom that no one had ever liked — she was being haunted by a house.

Rooms, bestselling YA author Lauren Oliver's debut for adults, features an old mansion overstuffed with memories and a family failing to avoid them; it also features ghosts of the most literal kind, but leaves open the question of who precisely is doing the haunting. The narration is pleasingly circumscribed by the physical limits of the house: all the action takes place within its rooms. It's a construct that makes the story feel at times cozy, like we're trailing behind Poirot in a country retreat, and occasionally panicked and claustrophobic.

That last is no accident. The family, after all, can leave the house. The ghosts, on the other hand, seem to be trapped there forever. Says the ghost Alice, with a straightforward wink beyond the fourth wall:

In fiction, ghosts remain because of some entanglement with the living world, something they must do, resolve, or achieve.

I assure you that isn't the case for me. The world has nothing to offer me, no single shred of interest. I'm a woman trapped on a balcony, watching a passing parade, a blur of noise and motion that eventually turns to a single point on the horizon, a gutter full of trampled and muddy cups, and the sense of wasting an afternoon.

And the stories of Alice and Sandra, the house's spectral inhabitants, do not appear at first have much to do with the memories that haunt the living descendants of Richard Walker. His ex-wife, his two children and his granddaughter have returned after his death to the rural upstate New York mansion to clear it out in preparation for a sale. And with every room breached, with every box filled, the family reopens the wounds left by this difficult, controlling, narcissistic, deeply loving man. It's an interesting choice, in a novel of a literal haunting, to create such a stark space around a metaphorical one.

Richard Walker has left a hole in the house he used to dominate with his terrible charisma. He has left secrets (because what country house mystery — let alone ghost story — would be complete without them), and he has left a family on the edge of self-destruction. Trenton, his teenage son who barely knew him, has planned to kill himself before the funeral. Minna, his 20-something daughter, is a sex addict who's desperation for the act has started to destroy her few genuine relationships. Caroline, his ex-wife, is an alcoholic who refuses to acknowledge the pain consuming her own children.

Oliver jumps nimbly between these points of view, alternating a first-person present tense (the ghosts) and a third-person past (the family) that neatly separates their ontological categories and narrative concerns. More impressive is Oliver's clear differentiation of voice between the ghostly narrators Alice and Sandra. They would be unmistakable even without the chapter labels — a technical mastery of diction, sentence structure and worldview that is a pleasure to read.

"I'm sick of Sandra," Alice says at one point, "sick of the way she acts and has always acted — as though everything, all of life, is there to be shrugged off, shaved away, ridiculed and minimized. She's like a person looking through the wrong end of a telescope, complaining that everything looks small."

Which is not to say that Sandra hasn't made her own, unflattering judgments: "That's another thing that drives me crazy about Alice: no sense of humor at all. I can feel her, wound up tight, like a soda about to explode, like clenched butt cheeks. So I ask you: What's she holding in?"

The tense odd couple dynamic that bonds these two unwilling partners in their afterlife is in many ways the heart of the novel; their process of self-discovery echoes and influences the Walkers's more mundane self-excavation. Why, after all, are they stuck in the house? They're not the only ones who have died there or who have had important ties to it. The clue lies in Sandra's judgment of Alice, and in Minna's judgment of herself:

She couldn't remember the last time she'd truly laughed. She couldn't even come anymore. She could get close, and did, as often as possible--pushing against the deep darkness inside her, stretching toward that warmth, the break in the wall — but it never happened; she couldn't get through.

Rooms is populated with women deeply repressed who can no longer find their way to release. Everyone has something to hide. For Minna, that struggle has become explicitly sexual. But even without their corporeal bodies, Alice and Sandra live and relive those moments during their lives that gave them the best hope of letting go. Moments that seem inextricably tied to their own sexuality.

"That's what a broken heart looks like," says Sandra's mother in an old memory. "Like a haunting." And these ghosts are haunted, in their own turn, by the men who broke their hearts. Four women in this novel face serious consequences for being the other party of a man's infidelity. All of these women face years alone and their desperation in the face of that doesn't come from some internal weakness so much as the relentless pressure of a patriarchal society that has consistently, from Alice's time of the mid-20th century to Minna's time of the present day, made it clear to them that their personal value and physical safety can only come from a man. These themes help to make sense of the thread that ties Minna and Sandra and Alice: they are all struggling to learn how to let go, to learn how to come.

However, I wished for a few moments that broke the oppressively heteronormative worldview, especially given the importance Oliver gives to female sexuality and gender relations. I also wondered why she felt the need to deploy the n-word, particularly in a novel without any characters of color. Trenton's story grew more interesting as it developed, but his narration lacked the depth and power of Sandra and Alice. He at times read like a visitor from a YA novel — not a bad one, but not a particularly profound one, either.

But Rooms is, overall, a very successful work, and an impressive demonstration of Oliver's craft.

I know what I looked like: a devoted wife, despite everything, and then a cautious, solitary widow; a mother, perhaps too strict, perhaps too careful in her loving. A dry, dusty, throwaway woman, like many others: a woman made to fade, and dry out, and die shaking in her hollow skin.

This is the map I left. I know this. I knew it even before I became old.

Sandra explicitly references Jefferson Airplane's "White Rabbit," yet one can't help but hear the resonances to "Eleanor Rigby" in Alice's precise, heartbreaking descriptions of a life worn out and denied love. Is this the future Caroline and Minna will face unless they can find a way through? Do Sandra and Alice hate each other, or understand each other far too well? This is Rooms at its best, taking the stories of Alice and Sandra and the Walkers and fitting what seemed so separate together like a puzzle ring. Because in the end her point is clear: the rooms of the Walker house aren't haunted, but haunting.