Accessibility links
Book Review: 'The Ploughmen,' By Kim Zupan | Kim Zupan's debut novel is about the relationship between a deputy sheriff and a hardened killer. This book explores the line between good and evil in a manner that's as honest as it is unsettling.

In A Desolate Montana, 'The Ploughmen' Unearths Dark Truths

In A Desolate Montana, 'The Ploughmen' Unearths Dark Truths 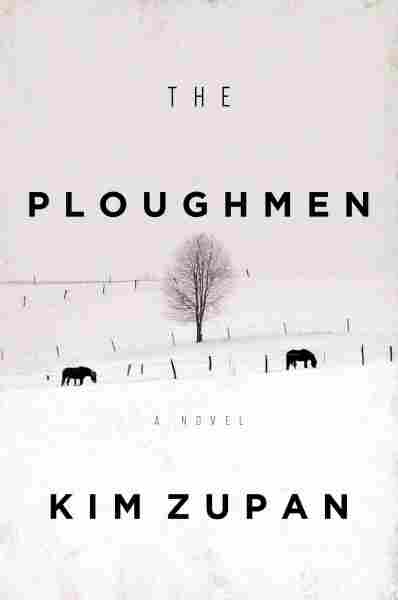 Valentine Millimaki, a sheriff's deputy in central Montana, is the officer who's called upon whenever someone goes missing. In the past, he has found people either safe or clinging to life, if barely. But for over a year, he's only found corpses, dead of exposure or suicide or murder. "Valentine Millimaki did not bring back angels," writes novelist Kim Zupan in The Ploughmen, "No, I did not, he thought. Souls did not aspire on his watch to safety or heaven but came trestled roughly from the dark woods, trapped in the alabaster statuary of rigid flesh."

Millimaki's job is coming close to costing him his sanity and his marriage, and it gets worse when he's assigned to a new detail: the night shift at the jail, where a hardened killer named John Gload is being held during his trial. "Gload seemed capable of kindness, but it may have been just a kind of vestigial feature," writes Zupan. But he's something like kind to Millimaki, and the deputy and the murderer forge an uneasy relationship, approaching warmth, even as snow blankets the whole county, producing even more bodies, unable to escape the freeze.

The Ploughmen isn't an easy book to read. That's not because of Zupan's prose, which is self-assured and beautiful. It's because it explores the line between good and evil in a manner that's as honest as it is unsettling.

Zupan's novel begins with a scene from Millimaki's childhood. He sees a note in his family's kitchen, written by his mother and intended for his father. "Darling — Come alone to the shed," it reads. The young boy, frightened and confused, finds his mother hanging from a noose. Later, Gload will confide in the deputy that he also lost his father at a young age; he was caught in a snowstorm, frozen to death before he could find help.

Both men suffer from insomnia, both have troubled relationships. But there aren't many other similarities between the two. While Millimaki dedicates his life to saving the living, or, when he can't, recovering their bodies, Gload has dedicated his to murder — killing people and selling their belongings. When Gload starts engaging Millimaki in long conversations at night, the killer in his cell and the deputy outside, Millimaki is too enervated to resist.

The Ploughmen is a remarkable novel, beautifully executed and dark as pitch. It's almost hard to believe that it's a debut — Zupan is a carpentry teacher who has previously worked as a fisherman and rodeo rider. He grew up in central Montana, and it's clear he knows the landscape well. His descriptions of the country are stunning: "It was dark among the trees ... the snow lay deep and untrammeled, lit softly blue from the quarter moon and the stars swarming in the cloudless vault above the peaks."

He's equally gifted at considering the uneasy relationship that lies at the novel's core. There's no logical reason that a young straight-laced sheriff's deputy and an elderly killer would confide in each other, develop something approaching a friendship. Unless there is: In a sparse, barely populated part of the country, maybe there aren't many other options. "It's hard to be alone," thinks Millimaki at one point. "In this country, it's just hard to be alone."

The Ploughmen is an intensely Western novel, though not in the Zane Grey/Louis L'Amour sense of the word. There are no white and black hats, no good guys chasing bad guys on horseback. It's a portrait of the West as a sometimes desolate and cold place, full of possibility, maybe, but also full of danger from every corner. It's a modern West, caught between the romance of the frontier and the mundane, harsh realities of living in the present-day United States.

And it's absolutely beautiful, from its tragic opening scene to its tough, necessary end. Zupan is an unsparing writer, but also a generous, deeply compassionate one, and the relationship between Millimaki and Gload is one of the most troubling, truest ones in recent American fiction. The Ploughmen is, finally, a novel about the fine line between fight and surrender — which is sometimes the same line between life and death.

Read an excerpt of The Ploughmen