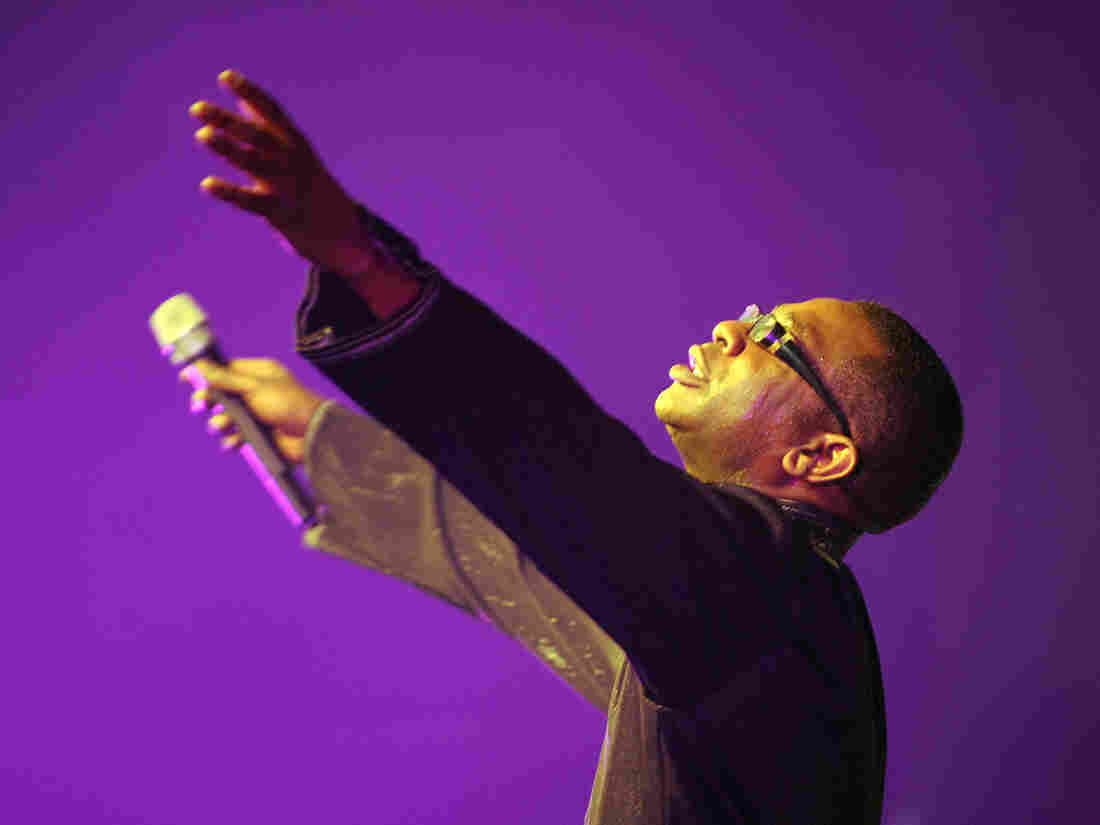 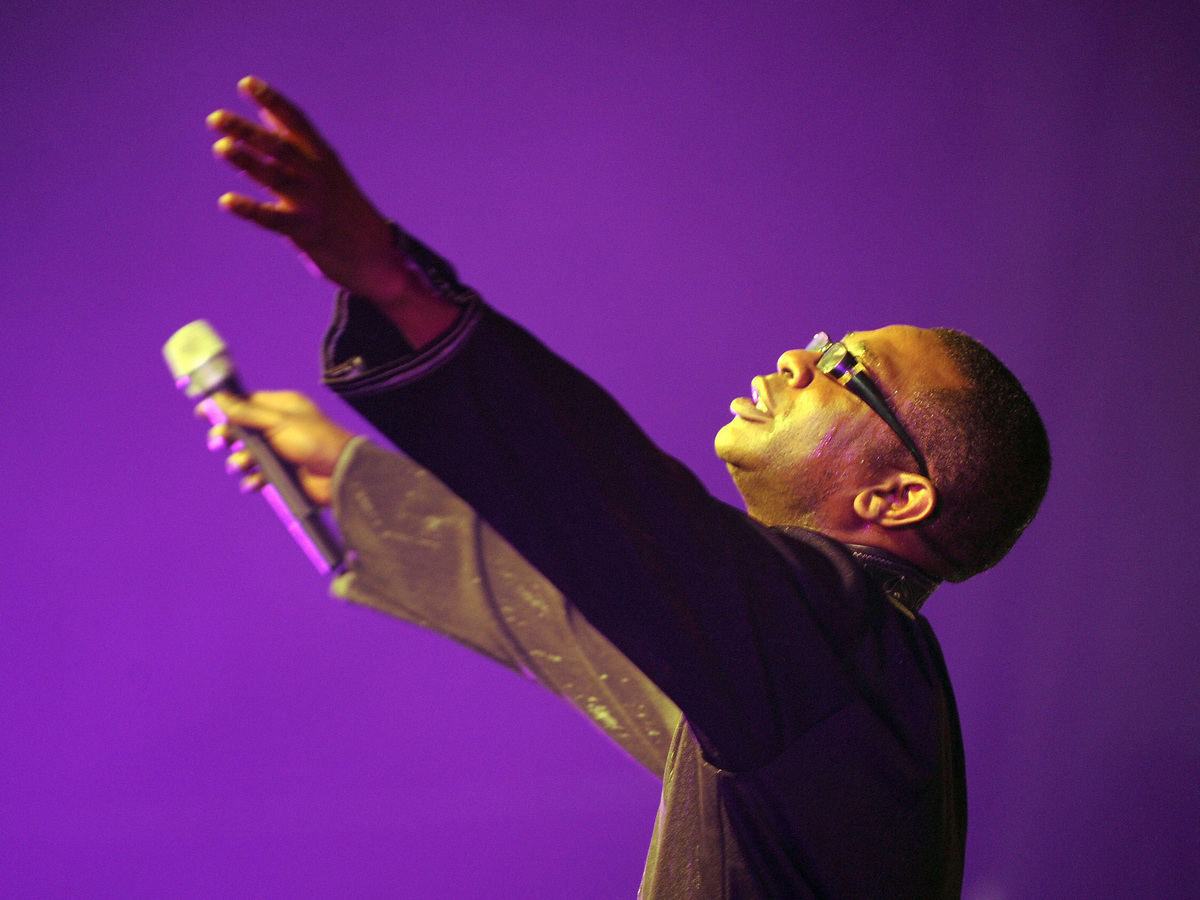 Usually, the Latitudes feature is devoted to five new discoveries from the previous month. For September, I'm taking a different tack.

The Brooklyn Academy of Music (BAM) recently wrapped up a three-week festival devoted to celebrating the legacy of the Nonesuch record label, which is celebrating its 50th anniversary this year. Looking over the "Nonesuch Records at BAM" offerings — including concerts by Senegal's Youssou N'Dour, the globe-circling Kronos Quartet, Mali's Rokia Traore and Brazilian legend Caetano Veloso — got me thinking about how much I've learned from the label over the years, in both the realms of contemporary classical music and what's come to be known as "world music."

The first time I heard the intensely rhythmic "monkey chant" of Bali — more accurately, scenes from the Hindu religious epic The Ramayana -- it was thanks to Music From The Morning Of The World. Otherworldly Bulgarian polyphonic singing: Le Mystere De Voix Bulgares (The Mystery Of Bulgarian Voices). The hypnotic thumb piano of Zimbabwe: Shona Mbira Music. As I heard each, sonic horizons unfolded for me exponentially. My ears got a lot bigger after I discovered the Nonesuch catalog in high school and college.

It's not just me: In talking to many musicians and fans over the past couple of decades, I've learned just how much Nonesuch has been a portal for discovering artists from beyond the English-speaking world. (The proselytizing extends beyond Planet Earth, actually: Nonesuch recordings were cherry-picked to go up on the spacecraft Voyager in 1977 to help represent life on Earth to extra-terrestrials; the selections include court music from Java and shakuhachi flute music from Japan.)

Nonesuch was far from the first American label to venture to foreign ports, of course. The archives of powerhouse labels like RCA Victor and Columbia teem with logs of recordings that engineers made in cities from Buenos Aires to St. Petersburg as early as the 1910s, not to mention all the recordings made in the U.S. by immigrant artists, expressly meant to be sold to their respective, newly arrived ethnic communities. By the end of WWII, however, that tradition had largely died out, and there were very few releases from American record companies of traditional or popular music from other cultures.

Beginning in 1967, Nonesuch paved a new path with its Explorer series. Label director Teresa Sterne took recordings from ethnomusicologists, musicians and producers who fanned out around the globe to record music across Africa, Latin America, Asia and Europe — and created a visually distinct, sonically exciting series aimed at adventurous listeners.

Ninety-two albums were released under the Nonesuch Explorer aegis, from an album of Chinese zither music to fiesta music from Oaxaca and recordings of Irish hornpipes and reels. It was all fair game — and generations of American music lovers found their footing in a larger world of sound through these LPs.

Though the Explorer series was shuttered in 1984 (five years after Sterne was dismissed from the label), Nonesuch continued its tradition of releasing world music — now helping to shape its roster's artists into international stars. Both through its own signings and by becoming the U.S. distributor for the highly influential British label World Circuit (which signed a host of stellar African and Cuban musicians such as Ali Farka Touré and Toumani Diabaté, as well as the Buena Vista Social Club and all of its individual offshoot projects), Nonesuch took the Explorer legacy and helped artists like Amadou & Mariam, Taraf De Haïdouks and Bombino find and expand their audiences in the U.S.

It wasn't easy whittling my personal Nonesuch favorites down to just 10 recordings — I could have doubled the length of this list without thinking twice. What have I missed among your favorites? Tell me in the comments, on Twitter or on Facebook. 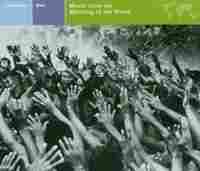 'Music From The Morning Of The World': 'Ketjak Dance'

The first album released on Nonesuch Explorer proved to be one of its most influential: field recordings from the island of Bali, marketed as entertainment. This track, of a Hindu theatrical performance of scenes from The Ramayana — which in the 1930s and '40s had already been turned into a tourist spectacle — turned out to be especially exciting to Western ears. Its crowds of men chattering in percussive syncopation became iconic. 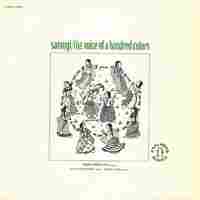 Ram Narayan: 'Sarangi: The Voice Of A Hundred Colors'

In the early 2000s, Nonesuch set out to reissue the Explorer series in box sets. While box sets dedicated to the series' African and Indonesia/South Pacific offerings were realized, a fair number of Explorer LPs never made it onto CD — and among them, unfortunately, was this beautiful recording by Indian sarangi virtuoso Ram Narayan.

The bowed sarangi's throaty, soulful sound was once mostly used as accompaniment to other performers, but Ram Narayan transformed it into a gorgeous and deeply expressive solo instrument. On this LP, Narayan and tabla player Mahapurush Misra take listeners on a journey through three performances: Nand-Kedar (a combination of Ragas Nand and Kedar), a semi-classical thumri in Raga Jogia, and a folk song, or dhun, in Raga Khamaj That. 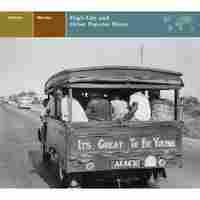 Though many of the Explorer releases focused on the traditional and classical music of the places its producers visited, there were occasional forays into regional pop music, too. This recording features a Renaissance man in Ghana called Saka Acquaye, a painter, sculptor, teacher and arts administrator who also had a healthy career leading a highlife band, mixing Afro-Cuban sounds and jazz into a West African setting. 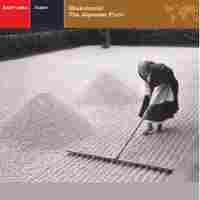 Recorded during a visit to the U.S. in 1976 by Miyata and the Ensemble Nipponia, this album is a beguiling introduction not just to the singular sound of the end-blown shakuhachi flute, but to the aesthetics of honkyoku music — the meditative, Zen music that alternates with introspective silence. The effect is magical. 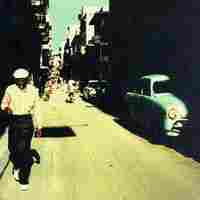 You can't talk about Nonesuch in more recent years without touching upon its runaway smash success: a group of Cuban singers and instrumentalists, mostly in their 70s and 80s, whose first album with guitarist Ry Cooder was produced by World Circuit chief Nick Gold. Their first release for World Circuit/Nonesuch, the eponymous Buena Vista Social Club, became Nonesuch's best-selling album of all time. 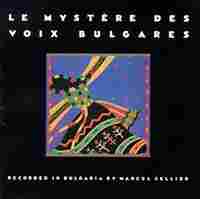 This Balkan group's recording name was far more poetic than its dreary official one: the Bulgarian State Radio & Television Female Vocal Choir. No matter; its performances proved beguiling, even to the most mainstream of American television hosts and his audience.

Singing Communist-era, large-scale arrangements of Bulgarian folk songs in supernatural, dissonant harmonies, the women were first recorded by Swiss producer Marcel Cellier, who first released their music on his own, tiny Disques Cellier label in the mid-1970s.

The power of their voices became stuff of legend among cognoscenti, and tapes of Cellier's efforts were swapped among friends. About 10 years after he first released it, Cellier's work caught the attention of British and American executives, and was re-released by 4AD in the U.K. and by Nonesuch in the U.S. 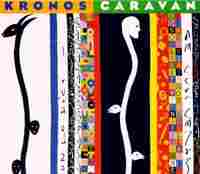 The Kronos Quartet has been a marquee artist for Nonesuch for decades now, and many of its recordings provide snapshots of exuberant collaborations with other acts from around the globe.

One of those projects, 2000's Caravan, included a track with the artists of Romania's Taraf De Haïdouks (Troupe Of Outlaws), a band of Romani musicians who match masterful chops with breakneck speed. 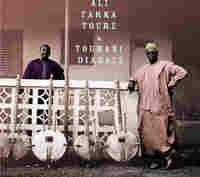 Thanks in large part to World Circuit's dedication, Nonesuch boasts an incredible roster of Malian artists, including vocalist Oumou Sangare and vocalist-guitarists Afel Bocoum and Fatoumata Diawara. Among their most famous musical ambassadors are the late guitarist Ali Farka Touré (who was born in 1939 and died in 2006) and kora master Toumani Diabaté, born in 1965 as the son of another legendary musician.

The pairing of these cross-generational dynamos was inspired, first on 2005's In The Heart Of The Moon and then on Ali Farka Touré & Toumani Diabaté -- released in 2010, four years after the elder musician's death. Recorded over three afternoons in London, the album strikes a perfect balance between sweet and playful. 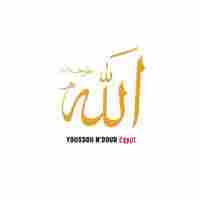 Framed by an Egyptian-style orchestra and West African instruments together in arrangements by Egyptian composer/conductor Fathy Salama, Egypt captured N'Dour at a new vocal peak, and in a different musical setting than his mbalax and Europop fans knew.

Singing in his native Wolof and Arabic, N'Dour's lyrics on this album are mostly in praise of the great Sufi Muslim saints of Senegal. This song, "Shukran Bamba," is a thank-you to Sheikh Amadou Bamba (1853-1927), a revered spiritual leader who founded Senegal's Murid brotherhood. 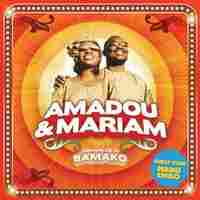 "Sundays in Bamako [the capital of Mali], it's the day for weddings," sing the married duo of husband/guitarist/vocalist Amadou Bagayoko and wife/vocalist Mariam Doumbia, who've been performers in their native country for decades but only emerged in most American listeners' consciousness on the 2005 Nonesuch album Beaux Dimanches (Beautiful Sundays), produced by the inventive Spanish-French artist Manu Chao.