Accessibility links
The Strange, Split 'Selfie' Pilot ABC's new comedy Selfie doesn't have a good pilot. It has half of a decent pilot, however, and it has intriguing signs that inside of it, trapped under the dumb parts, there might be a good show. 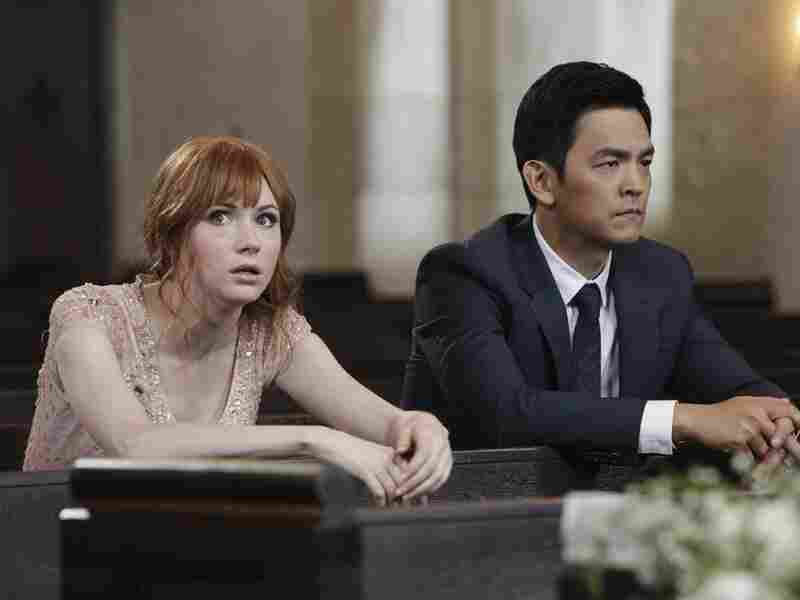 Social Media superstar Eliza Dooley has 263,000 followers who hang on to her every post, tweet and selfie. But she needs help from Henry (John Cho). Nicole Wilder/ABC hide caption 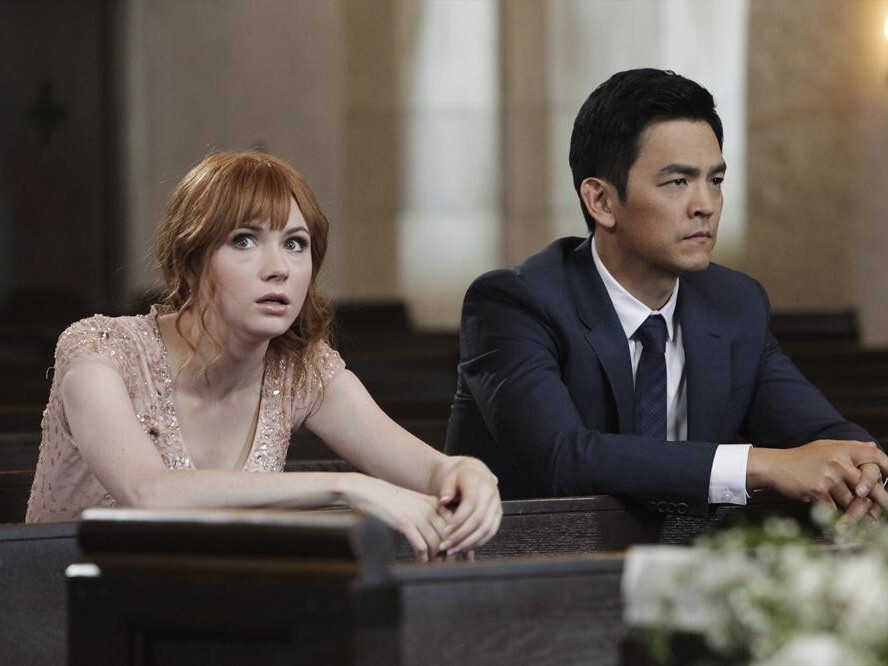 Social Media superstar Eliza Dooley has 263,000 followers who hang on to her every post, tweet and selfie. But she needs help from Henry (John Cho).

The pilot of the ABC show Selfie, starring Karen Gillan and John Cho in a Pygmalion update built on the notion that being obsessed with Twitter is the new Flawed But Fixable Personality Problem, is only about 22 minutes long — a little less. Given that pilots always have to contain a certain amount of pure exposition, that barely seems like enough time for the pilot to have both good parts and bad parts.

When we first meet Eliza Dooley (sigh), she is literally flight-y. She is traveling for work with a bunch of her colleagues, including disapproving stick in the mud Henry, who laments the fact that "her generation" (Cho, in fact, 15 years older than Gillan, though they don't really read that way) is obsessed with social media. Eliza explains to the audience that her embrace of online friends is the result of her difficulty making other friends, and that her desire for attention comes from deep loneliness — something the show could perhaps have drawn out rather than announced, but: bygones.

In part, the first half of the pilot fails because Eliza is an idiot and Henry is boring. Despite being played by two of the most charismatic and likable actors you're ever going to see in a show like this, the characters are both flat and dry as Saltine crackers. And speaking of Saltine crackers, I have no idea whose idea it was to practically lead off the pilot with a truly disgusting sequence centered around the bursting of (very full) airsick bags, but when you have yet to earn anyone's respect with actual jokes, it's much too soon to resort to bags of vomit for comedy.

But life is never entirely simple, and neither is Selfie. After the disastrous flight during which she utterly humiliated herself, and after a few other experiences that convince her that her life needs a do-over, Eliza asks Henry to coach her, to improve her personality, and for some reason (blah blah blah, put your fingers in your ears and pretend it makes sense), he agrees to help. And darn it, there begin to be moments of real fun and goofy satire, as when Eliza can't find anyone to give her advice because "all the girls I knew were either drunk or at SoulCycle."

It is one of the fundamental tensions in romantic comedy that it's not a lot of fun to follow one where one of the characters is stupid, but you can do very well where one of the characters is, for lack of a better word, daffy. It's hard to swallow that Henry actually has to teach her to ask other people how they're doing, but when Gillan wraps her voice around "How are you?" in the particular way she does, I will admit: it raises a smile.

This is not a good pilot, but it should be a good show. It really should be. The leads are funny and charming, they have great chemistry, and creator Emily Kapnek also made Suburgatory, a weird, warm little comedy that blended satire and good nature the way she's trying to do here. Inside of this, there is a good show that (1) can be found and (2) wants to exist. But to get out, they need a lot less speechifying about social media, a lot less barf, and a lot more of these two characters talking to each other outside the context of her being lectured for stupidity. That better show, I am telling you, is in there.

As the hashtag would say, #freeselfie.