Accessibility links
'Stalker' And Saying No To Second Chances CBS's new drama Stalker might one day rise above its violent, exploitative, unpleasant pilot, but with such a competitive landscape in television, why wait around?

'Stalker' And Saying No To Second Chances

'Stalker' And Saying No To Second Chances 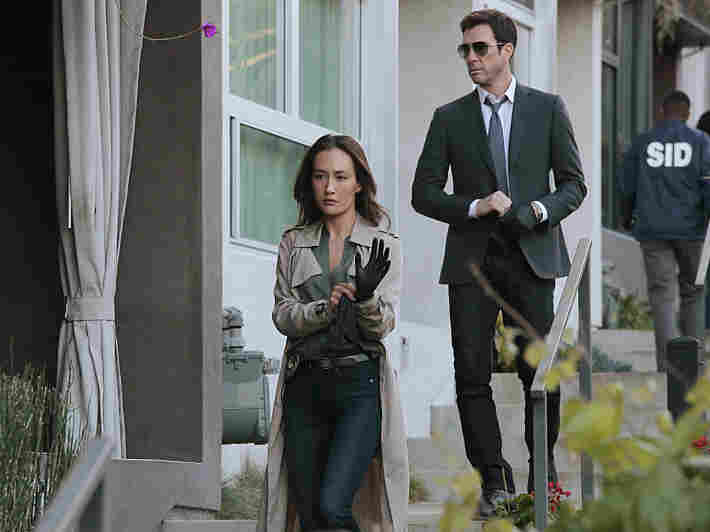 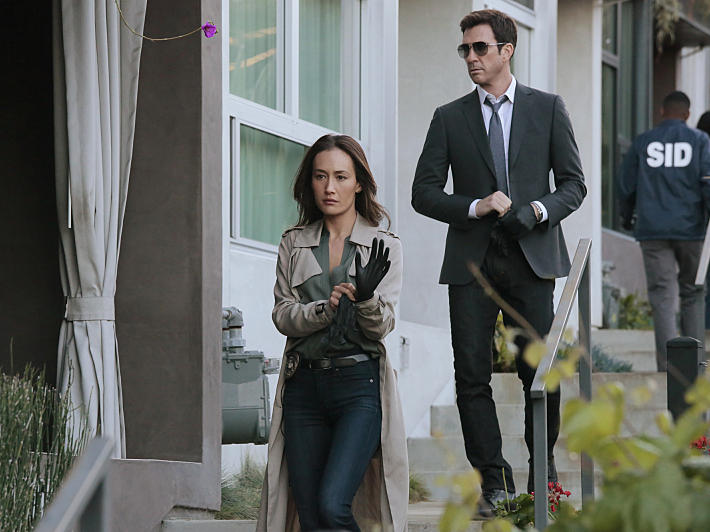 One of the luxuries of cultural abundance is the wonderful freedom of saying, "I could wait and see, but I don't have any reason to wait and see, because life is short, good things are plentiful, and your pilot makes me feel like I have food poisoning."

CBS has constructed a good part of its considerable strength on procedurals: NCIS and its offshoots, CSI and its offshoots — the network currently has at least 12 shows, depending on how you count, that would qualify as detectives and cops and amateurs handling crimes every week.

Its newest is Stalker, starring Maggie Q and Dylan McDermott as detectives who work on stalking cases for the LAPD. It comes from Kevin Williamson, who has a considerable history in darkly comic horror like the Scream movies and The Faculty, but who has recently shifted toward straight-up nightmare material like The Following on Fox — and now this.

It opens with a scene in which we watch as a terrified, desperate young woman repeatedly tries and ultimately fails to get away from a masked and hooded man who douses her with gasoline, traps her in her car, watches as she makes a few last-ditch efforts to save herself, and then burns her alive. This is not Law & Order, where the story always begins with the discovery of the body. This is an opening in which you get to watch along with this woman's stalker as she begs, screams, cries and is murdered.

This is all meant to be necessary setup for the detective story, in which Beth (Maggie Q), the skilled, professional detective, meets up with Jack (McDermott), the troublemaking, makes-his-own-rules detective who's just arrived from New York. They investigate the case, and their characters come into focus in that one night, we get to watch in an oblique reflection as Beth takes her shirt off, and then we get to watch her nervously close her blinds and lock her doors, because, of course, as is always the case with TV cops — especially the women — For Her It's Personal.

Jack, for his part, lectures her about the way she dresses, which he considers sexy and therefore aimed at provoking men, a character detail that is distasteful at best for someone working with female stalking victims. Moreover, he demonstrates an inability to take "no" for an answer from the women in his own life. That's not cute. It's not daring. It's not all that interesting. It's just revolting. He should be fired. And disciplined. He doesn't have the judgment to pull soft-serve ice cream at a diner unsupervised, let alone deal with crime victims.

Look, all crime procedurals have an element of voyeurism and sensationalism about violence. It would be silly to act like they don't. I've watched a lot of SVU; I'm not better than anybody. But not all of them declare themselves out of the gate by torturing and murdering a terrified woman and watching her die. Not all of them later repeat the attack on a different woman, who is also doused with gasoline and also shrieks in desperation and terror, but who manages to get away. Most of them spend more time with the cops and less time hanging around with the bad guys, watching their violence.

You could wonder whether the show might be less sadistic after the pilot. You could wonder whether they'll eventually develop Beth and Jack into more than Bookish Tormented Righteous Cop and Street Smart Bad Cop. You could focus on the legitimately unsettling way the attack sequences are shot and try to admire the work that went into making them hard to watch. It could get better. It could at least get interesting. You could choose to hang in, doggedly waiting to see whether at some point it will be less distasteful.

In fact, this isn't really a detective show at all; it's a horror show pretending to be a detective show, and worse, in some of the promos, it's selling itself as some sort of compassionate outreach to the stalking victims of the world, which is about as persuasive as selling Saw as a documentary about hardware stores.

As horror, it's really got nothing to say. It's not creepy or eerie or even all that scary, it's just mean and boring, and you have better things to do, no matter how little you have to do. Watch a better show. Go to the movies. Pick up a book. Polish your metal. Stare at a dog. Stare at the sun. You have everything to gain, compared to watching Stalker.