Accessibility links
Marty Stuart: Keeper Of Country Music's Cowboy Couture Out of love and necessity, Stuart has become a country-music historian. "People were throwing things away," he says. "I just took it as a family matter." 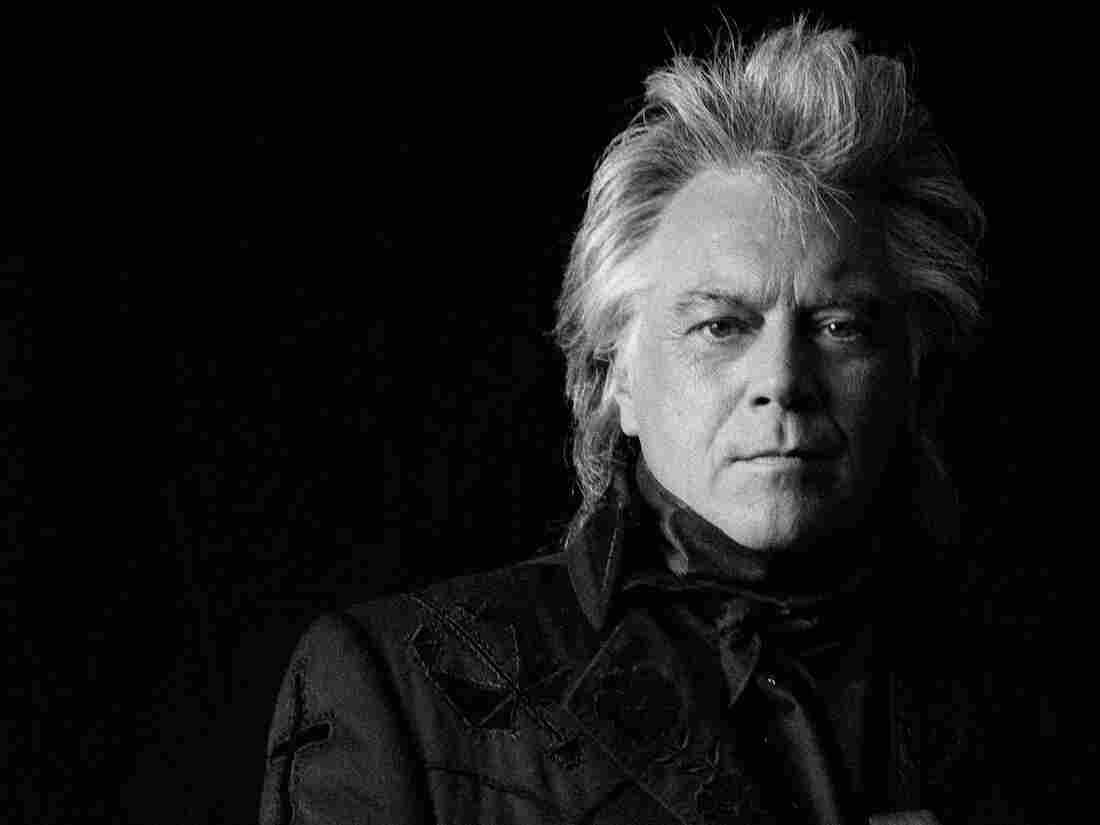 "I got kicked out of school a few weeks in, because I was caught reading a country-music song roundup book inside my history book," Marty Stuart says. David McClister/Courtesy of the artist hide caption 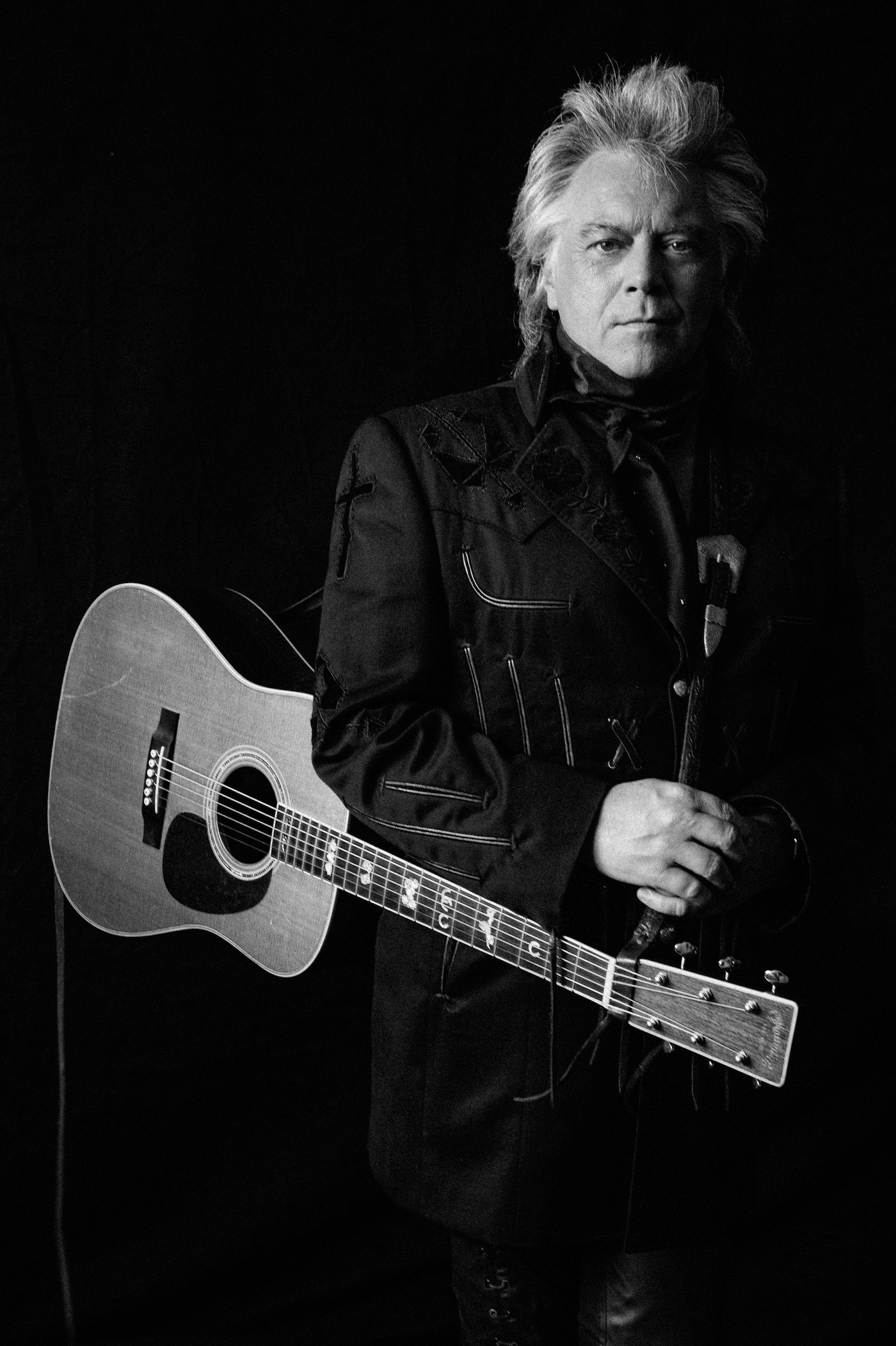 "I got kicked out of school a few weeks in, because I was caught reading a country-music song roundup book inside my history book," Marty Stuart says.

Out of love and necessity, Marty Stuart has become a country-music historian. His massive collection of country artifacts and memorabilia — guitars owned by Hank Williams and Johnny Cash, thousands of rhinestone and embroidered jackets designed for Porter Wagoner and Roy Rogers — began when trends in country music began to change in the late '70s and early '80s.

"People were throwing things away," Stuart tells Fresh Air's Terry Gross. "I just took it as a family matter."

The songwriter, singer, guitarist and mandolin player has five Grammys to his name, not to mention a photo exhibit currently at the Frist Center For The Visual Arts in Nashville; he's also got a companion book featuring his photos of country performers and fans. Here, he tells Gross about playing with Lester Flatt at 13 and recording with Mavis Staples, and he plays a few songs from a new double album — country on one side, gospel on the other — called Saturday Night, Sunday Morning.

On recording the gospel song 'Uncloudy Day' with Mavis Staples

I always loved the Southern gospel music and traditional hymnbook music. But the black gospel songs that touched me — I'm from the other Philadelphia, Philadelphia, Mississippi — and if you'll remember, in 1964 there was an awful murder there, the slaying of three civil rights workers, so all of a sudden social conscience changed down there. The song that I remember more than any other song during that particular time, The Staple Singers had "Uncloudy Day" and "Will The Circle Be Unbroken" — those two records seemed to always play in that part of the world. And that really opened my eyes to a completely different kind of gospel music.

Pops [Staples] was one of my dearest friends and I miss him very much, but that little recording of "Uncloudy Day" that he and his children made in the basement in Chicago still in my mind stands as one of the greatest songs in the American gospel songbook. It's such a precious recording. That was the first song that we actually recorded for this project nine years ago, and we built this entire project off of that one song and that one performance.

On starting his career in country music at age 12

When I was 12 years old, I went on the road for the first time with a Pentecostal gospel bluegrass group from the South called The Sullivan Family Gospel Singers. They were huge regional stars down in our part of the world, and they played Pentecostal churches, camp-meeting revivals, bluegrass festivals, and George Wallace campaign rallies, how's that?

And so I went on the road that summer and fell in love with the lifestyle of the road. I got to wear clothes the way I wanted to, I could wear my hair goofy, met cool people, stayed up late talking music 24 hours a day, and I got a little bit of money for it and fell in love with applause, and the spotlight charmed me just right on in. So when that summer was over, it was time to go back to school. The Sullivans dropped me off at the edge of Philadelphia, Mississippi, and I felt like the circus had dropped me off at the edge of town and gone on without me. It killed me.

On joining Lester Flatt's band when he was just 13

I got kicked out of school a few weeks in, because I was caught reading a country-music song roundup book inside my history book, and the teacher came up behind me and said, "If you get your mind off of that garbage and get it on to history, you might make something out of yourself." And the smart-aleck said, "Well, I'd rather make history than learn about it." They expelled me. I called a friend of mine who worked for Lester Flatt's band who had offered to have me come to Nashville and just ride the bus with him for a weekend. So he called Lester, and Lester gave his permission. My folks gave their permission — and that was Labor Day weekend of 1972 — and Lester heard me playing in the back of the bus, put me onstage and the crowd liked it. I loved it, and he offered me a job at the end of the weekend. It was kind of like that scene in The Wizard Of Oz where life goes from black and white to color all in one sweep, and that's what happened to me. 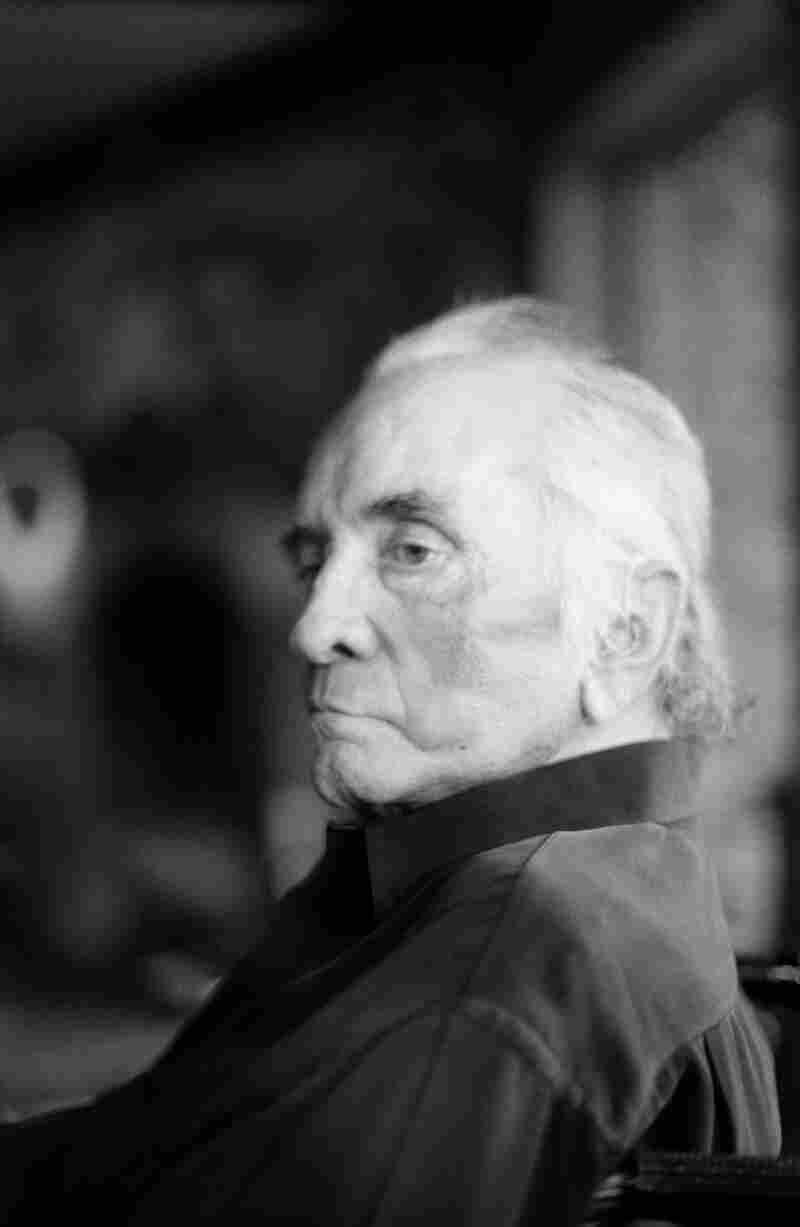 "On the third frame I said, 'JR!' and he sat up straight and pulled on that black collar and he became Johnny Cash. Four days later, he was gone," Marty Stuart says of his photograph. Marty Stuart/Courtesy of the artist hide caption 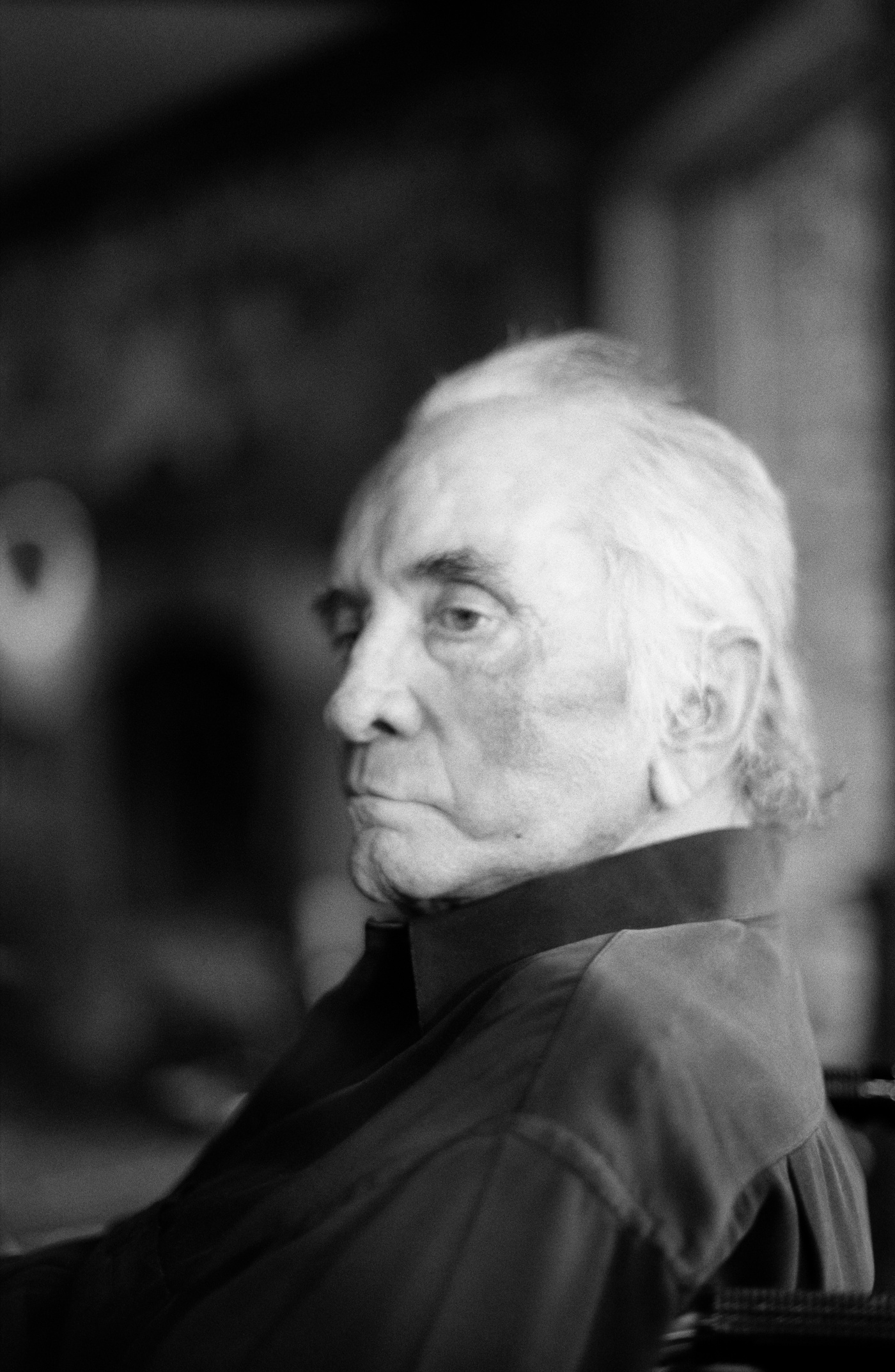 "On the third frame I said, 'JR!' and he sat up straight and pulled on that black collar and he became Johnny Cash. Four days later, he was gone," Marty Stuart says of his photograph.

Marty Stuart/Courtesy of the artist

On the last photo he ever took of his neighbor, Johnny Cash

I was over at his house and I had just been to Folsom, California. I had been given a gate pass to go to the prison to see where he made his Folsom Prison album, and at that point I was just looking for anything to talk to him about — we recorded, we talked, just anything to keep him entertained, because June had recently passed away. So I went next door to have a cup of coffee and just share with him my impressions of Folsom Prison.

I started a song and I took it next door to John, and we actually wrote this song called "Hangman" that we did on a record called Ghost Train, and it was the last song that he ever wrote. We just finished this song together. And he was sitting there in his chair looking so pretty in the light, the late-afternoon light was coming in from behind and I said, "JR, let me take your picture." I knew he didn't want to, but he let me. There were three frames. In the first two, he just kind of looked tired and weary, but on the third frame I said, "JR!" and he sat up straight and pulled on that black collar, and he became Johnny Cash. Four days later, he was gone.

On his collection of country-music artifacts

There came a time in the late '70s, early '80s when those suits and those guitars and those boots and those manuscripts kind of fell out of favor due to the changing of the times around the world of country music. I started seeing those artifacts come to sales and thrift shops around town. People were throwing things away. A lot of guitar buyers in Japan were buying our instruments. So I just took it as a family matter, like throwing away the family jewels. So when I started making more than $2 in a row, I went on a mission: the crusade to save our culture. The Country Music Hall Of Fame was doing a wonderful job of it, but as a private collector, that's what I went for. I feel good about it. It started in my bedroom, and I think it's the largest private collection of country-music artifacts in the world now, by 20,000 artifacts strong. But it was a job worthy of attention, because it touched my heart.