Accessibility links
Please Don't Judge John Mulaney By 'Mulaney' John Mulaney is an exceptional, intelligent stand-up comedian. His new show on Fox is unfortunately not a good way to encounter his work at all. 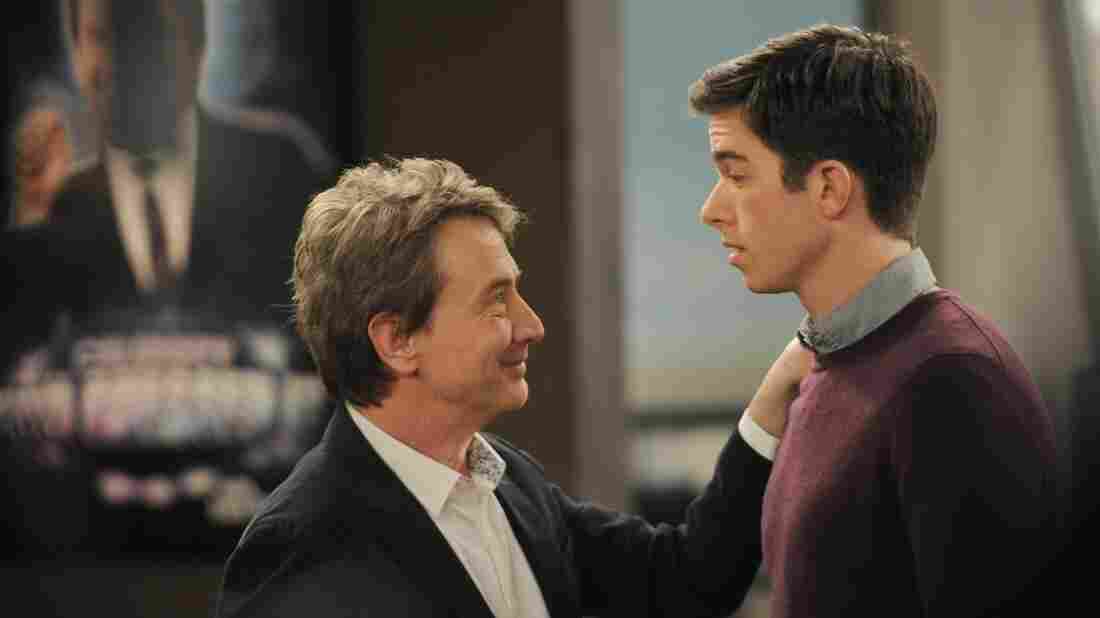 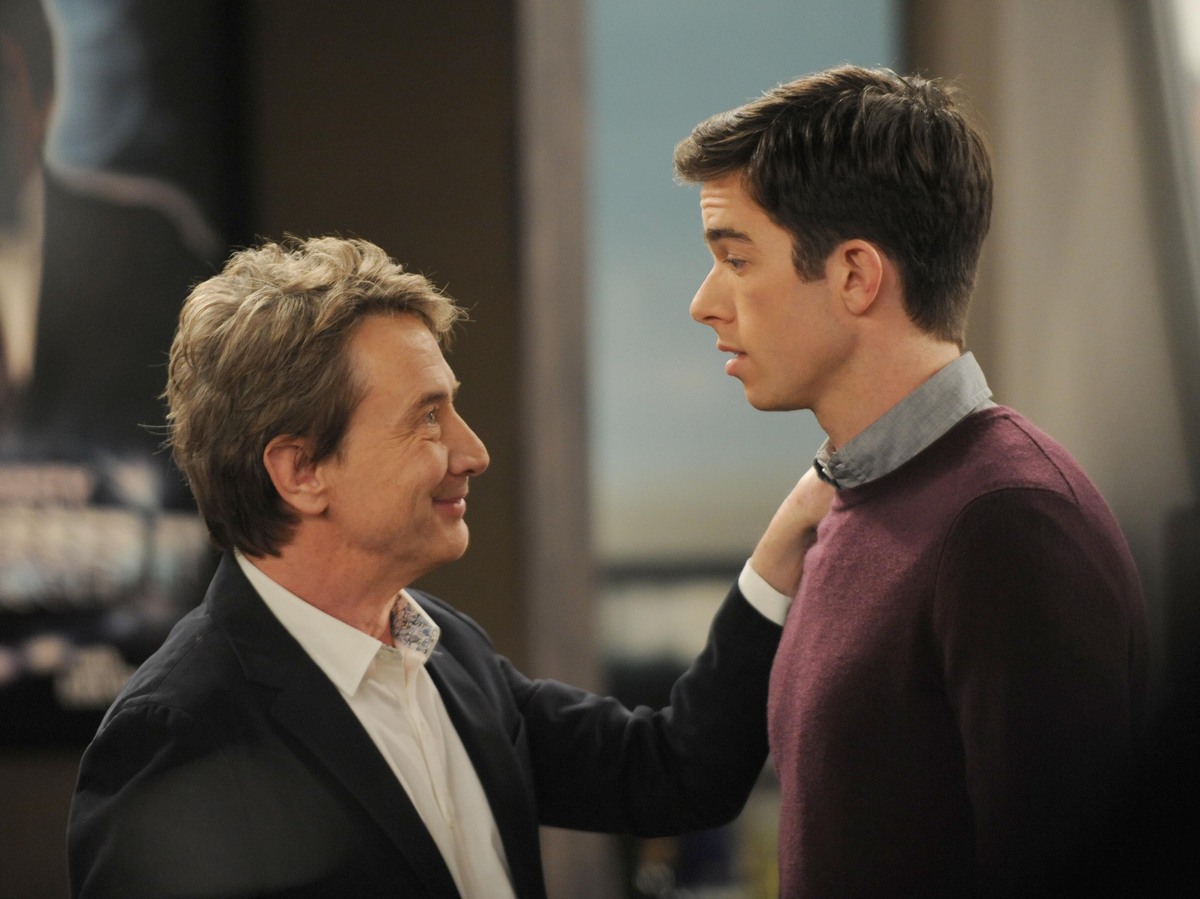 John Mulaney is probably my favorite stand-up comic currently working. Here's one of my favorite of his pieces, about Law & Order: SVU and the thespian stylings of one Ice-T.

Unlike a lot of stand-ups, Mulaney doesn't come on stage as a kind of person, and he doesn't talk very much about his own life. He doesn't do "my wife" jokes or "my kids" jokes, he's not giving you a window into how fat or thin or rich or poor or pretty or ugly people live. He is, in a lot of ways, a fairly impersonal comic: you don't get any particular sense of him from watching him work, except that (as he always points out) he looks young. Most of what he's doing is teasing out aspects of the ordinary that normally go uncommented-upon — certainly a long tradition in the field.

But from time to time, he slips in some pretty insightful stuff that is exactly about his life as someone who considers himself unremarkable, including a story he tells about going to the subway at 2:00 in the morning and scaring the heck out of a woman.

What makes this bit both really uncomfortable and really smart is that its target is his own abject stupidity about how it feels to be a woman alone in the subway at 2:00 in the morning. She is not the butt of this joke; he is. It would be a completely different thing if he were making fun of her for being afraid, but he's not. This is a sneaky piece of stand-up about privilege, and about the moment when you realize that you have been looking at things only from your own point of view. He understands perfectly, and does not have to say, that part of the reason he fails to realize that she's seeing this situation as threatening and he isn't is that she's a woman and he's a man, and it's easy for him to forget things that other people have to think about.

Mulaney's new eponymous sitcom, which premieres on Fox Sunday night, opens, in the style of Seinfeld, with Mulaney doing this bit, except for one major change. Instead of saying "adults rape each other, kind of a lot," he says "adults murder each other."

Look: It's perfectly understandable that the network might not, or Mulaney himself might not, want to open with a joke that references rape. It's probably wise, in fact. But by using this particular piece, only in a hugely watered-down form that could apply to any encounter between strangers, they take a really sharp, pointed piece of social commentary and make it something very generic and much less interesting.

And as it progresses, it becomes clear how much of a problem these sanded-off edges are for the show. Mulaney doesn't play a "character" in his stand-up, even as much as Jerry Seinfeld, with his unrelenting barrage of petty and entitled complaints, did. And the character he plays on the show — which, like Seinfeld's Seinfeld, is a John Mulaney that's not actually John Mulaney — is utterly undefined. You can make a show out of a guy's series of petty and entitled complaints — they did. Seinfeld wasn't just a show about nothing; it was a show about people who were constantly aggrieved about nothing. That's a point of view. It's harder to make a show out of Some Things A Smart Guy Noticed unless you play it as an anthology show rather than a traditional sitcom, and this is about as traditional as the sitcom gets.

It's not that they didn't try to get the stand-up to translate. In fact, much of what he's doing in the pilot, probably to try to keep his stand-up fans happy, is acting out stories he tells in his comedy. But they're robbed of what makes them funny when he pantomimes the story instead of telling it. For instance, in his act, when he tells a disastrous story about trying to get a doctor to prescribe him Xanax, he turns it into a tale of his own foolishness that he can bitterly see clearly in retrospect, and his regret is what makes it funny. When you just watch the doctor visit play out in front of you, the point of view in which he looked back on it is lost and you just get him doing something stupid, which is much less interesting and contains almost none of the comedy in the original piece. It was never the doctor visit that was all that funny; it was his chagrin in recounting it.

But as much as I'd like to blame the failure of the pilot entirely on the approach, and to believe that maybe it's a product of too much external meddling, there's another issue closer to home for those of us who are fans: Mulaney is a comic, but he is not an actor. He could in theory grow into one, but he seems very, very ill-suited to it in the early episodes, awkward and stiff reading lines instead of talking to an audience. This is not his wheelhouse, and the intrusive, old-timey-sounding audience laughter just makes it seem more weird and dated.

Worse, he spends a lot of time playing opposite Martin Short, in the role of the obnoxious game-show host for whom the show's John Mulaney becomes a joke writer. Short responds to Mulaney's weaknesses by playing bigger and bigger (and bigger), and they turn out to be an very problematic fit: Mulaney's stiffness looks even stiffer against Short's hamminess, and Short's hamminess looks even more manic against Mulaney's low energy.

Supporting performances from Seaton Smith and Nasim Pedrad as the friends (and Zack Pearlman as Weird Neighbor) add very little — not for lack of trying (in Pearlman's case, there's plenty of trying), but for lack of material.

The alchemy of comedy is weird. Extremely funny guy, funny supporting cast (Elliot Gould lives across the hall), skeleton based on great stand-up, and: nothing. Nothing. The good news is that this isn't all that important in the grand scheme of things. Sitcoms fail; people move on. There certainly ought to be great things ahead for Mulaney, beginning with the end of Mulaney. This is just not where he belongs. He's good at what he does, and he'll be fine. But oof, not with this.