Accessibility links
'Homeland' Regains Urgency With Twin Protagonists And Divided Loyalties Last year, the Showtime drama about a CIA agent with a bipolar disorder lost its way. But the show's intensity is back in Season 4 when the CIA accidentally bombs a wedding in Pakistan. 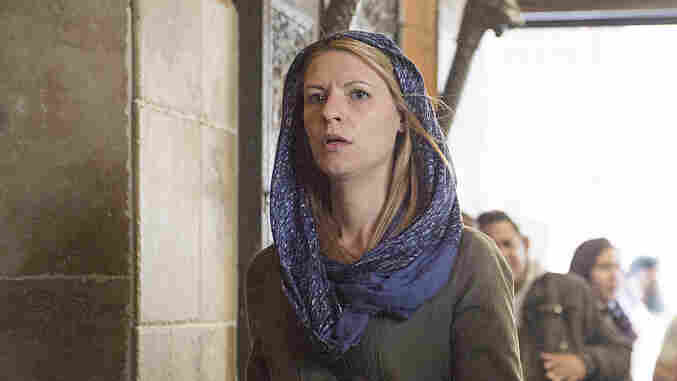 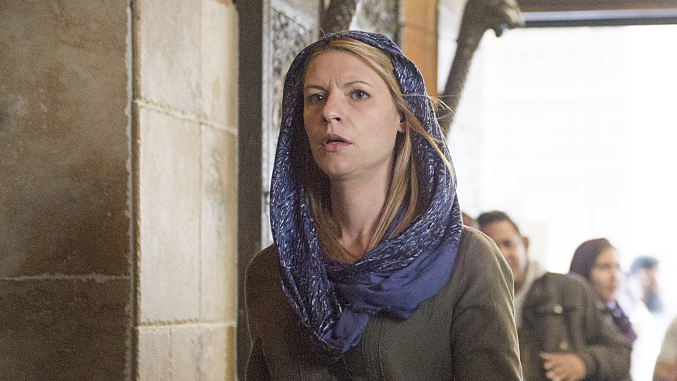 Season 4 of the Showtime drama Homeland begins Sunday — and it begins with a very significant change. Claire Danes is back as Carrie Mathison, the gifted but troubled CIA agent with bipolar disorder. But her co-star for the first three seasons, Damian Lewis, who played former prisoner-of-war and suspected traitor Nicholas Brody, is not.

When we left Homeland, at the end of what ultimately was a disappointing season, Brody and Carrie's dreams to escape politics and run off together had died — along with Brody, who was hanged in Tehran by an angry mob as Carrie watched helplessly. But Carrie was carrying his unborn child.

It's clear that Homeland, this many years in ... still has things to say, and ideas to explore, even if they're not always comfortable to absorb.

As Season 4 of Homeland begins, her baby is still around, but Carrie has found ways, most of the time, to keep an emotional and physical distance. She has pulled the same trick with her old CIA boss, Saul Berenson, played by Mandy Patinkin, who's now working for a private security firm. They haven't spoken in months. Yet when Saul shows up, attending a Pentagon briefing and unable to keep his thoughts to himself, it's clear that Homeland, this many years in, is just like Saul: It still has things to say, and ideas to explore, even if they're not always comfortable to absorb.

What made the first season of Homeland so distinctive, and so compelling, was that we had two equally strong characters on very different sides of the story, and we couldn't be sure, for quite a while, which one deserved our empathy and loyalty more. Season 1 of Homeland, if it had ended with that assassination attempt and its aftermath, could have been a stand-alone, one-season mini-masterpiece of television — but even back when Homeland began, TV wasn't making self-contained, one-season dramas, as it's since done so well with Fargo and True Detective. So Homeland kept going and eventually, last year, lost its way, and much of its urgency.

Fall TV's Returning Series: A Cause To Rejoice

But now it's back. The quickly developing central plot this season has Carrie overseeing a so-called "surgical strike" bombing of a site in Pakistan aimed at a highly placed name on the government's kill list. But thanks to some bad intelligence, the site is a wedding party, and the result is an international embarrassment for the U.S. military. One young man survives the carnage, and his smartphone contains a video showing the wedding festivities at the very moment the bomb goes off.

This makes Homeland, once again, the story of twin protagonists, who divide our loyalties as we watch. There's the young survivor, who has been given all the motivation to become a terrorist — but it may not be in his nature. And there's Carrie, who takes her laser focus and trains it on discovering why things went wrong, while alienating almost everyone around her along the way. Even while she's dealing with one of the few people she trusts — Peter Quinn, a black–ops assassin with a conscience, played by Rupert Friend — Carrie has a way of compartmentalizing that makes her hard to reach.

I've previewed the first three episodes of the new season — and each of them includes a sequence so intense, and so emotionally involving, I leaned forward while watching them. This Season 4 plotline doesn't paint Carrie as a good friend, and certainly not as a good mother — but as a spy, when she follows her instincts, she's the best. And Homeland, with an ultra-timely story about terrorism, could shape up again as one of TV's best, too.