Accessibility links
Interview: Actor Ben Affleck On 'Gone Girl' Ben Affleck says playing a character shrouded in suspicion was liberating, because "likability was sort of thrown out of the window." He also looks back on where his career began: Voyage of the Mimi. 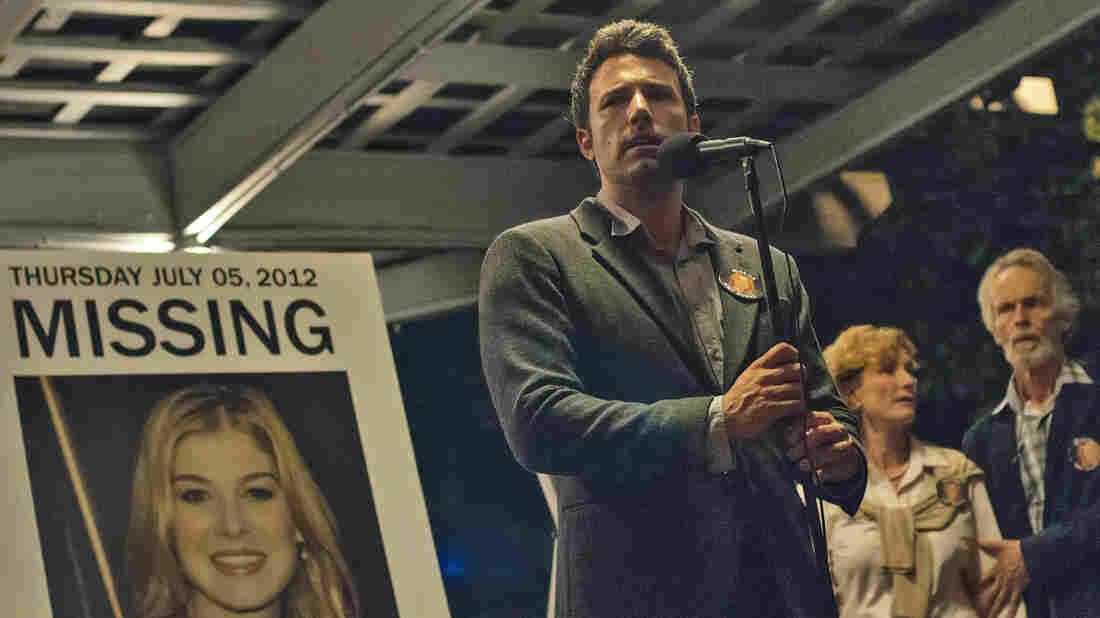 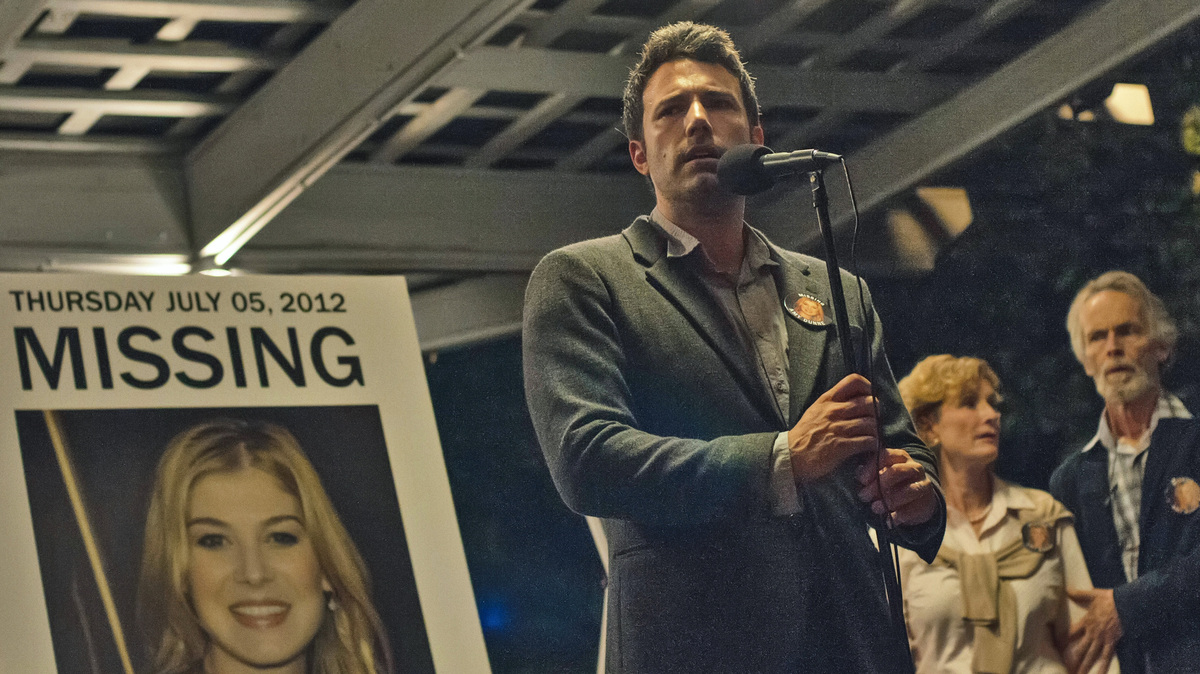 In Gone Girl, Ben Affleck stars as a husband under scrutiny following his wife's disappearance.

In Gone Girl, Ben Affleck's character might be a murderer — or he may be an innocent guy in a bad situation. In the new movie, based on the novel, he plays a man who finds himself at the center of a media circus after his wife disappears and suspicion falls on him.

Affleck, who directed, produced and starred in the Academy Award-winning film Argo, and will be taking on the role of Batman in 2016, has had a prolific 30-year career in acting. But he saysGone Girl demanded something new.

"Performance-wise it wasn't something that I've had to do, I don't think ever, as an actor," he tells NPR's Arun Rath. "I haven't done many movies where there was a sort of thriller component like this."

Affleck tells Rath it was freeing for him to play such a murky character, and that working with director David Fincher was an education. He also addresses the 2003 flop Daredevil, and gives a shout-out to public media.

On the freedom he had with his character in Gone Girl

And in this case, we weren't encumbered by that at all. The whole idea of likability was sort of thrown out of the window. And I thought that was really exciting and liberating as an actor because you didn't know where this guy was gonna go.

On the transition back to acting after directing his own films

When you're working with a director you really trust, who you really admire, it's actually quite relaxing. ... David [Fincher] is the sort of prime example of that because he really is a master. I mean, Social Network and Se7en — he's made movies that I think are really modern masterpieces. ... Not only did I trust David, but it was a chance for me to learn from him as a director and to steal some tools from his box.

On whether he has any trepidation about starring in the upcoming Batman, given his regrets about the 2003 film Daredevil

Indeed I have regrets about Daredevil. I have regrets about all the movies that I don't think were executed properly. ... Look, if I thought we were remaking Daredevil, I'd be out there picketing myself ... and that goes for other movies as well that I haven't been happy with. You know, I'm hard on myself and I have exacting standards and I want to do excellent work and I don't always succeed, but I think you have to start out with that drive.

[Batman] was written by Chris Terrio, who wrote Argo, who's not a comic guy. And it's directed by Zach Snyder, who's a incredibly magical sort of visual stylist who's steeped in the comic world. And you have this sandwich of talents. I felt very confident about it. ... I thought it would be nice to make one of these movies really, really good.

On getting his start in public broadcasting

I started at 7 years old working ... on a television show called Voyage of the Mimi, which is an educational show about math and science that was part documentary and part drama. And it was produced at WGBH in Boston and I did it when I was 7, then 9, then 10, then hosting the documentaries. ... It gave me my start ,and to this day people come up to me and go, "You know, I had to watch Voyage of the Mimi in sixth grade." I'm not sure they're grateful, exactly, but it is how I got going.