Accessibility links
First Listen: Neil Diamond, 'Melody Road' On his new album, the singer returns to grand arrangements that support his pungent wit and unwavering emotionalism. It's a warm and spirited outing throughout. 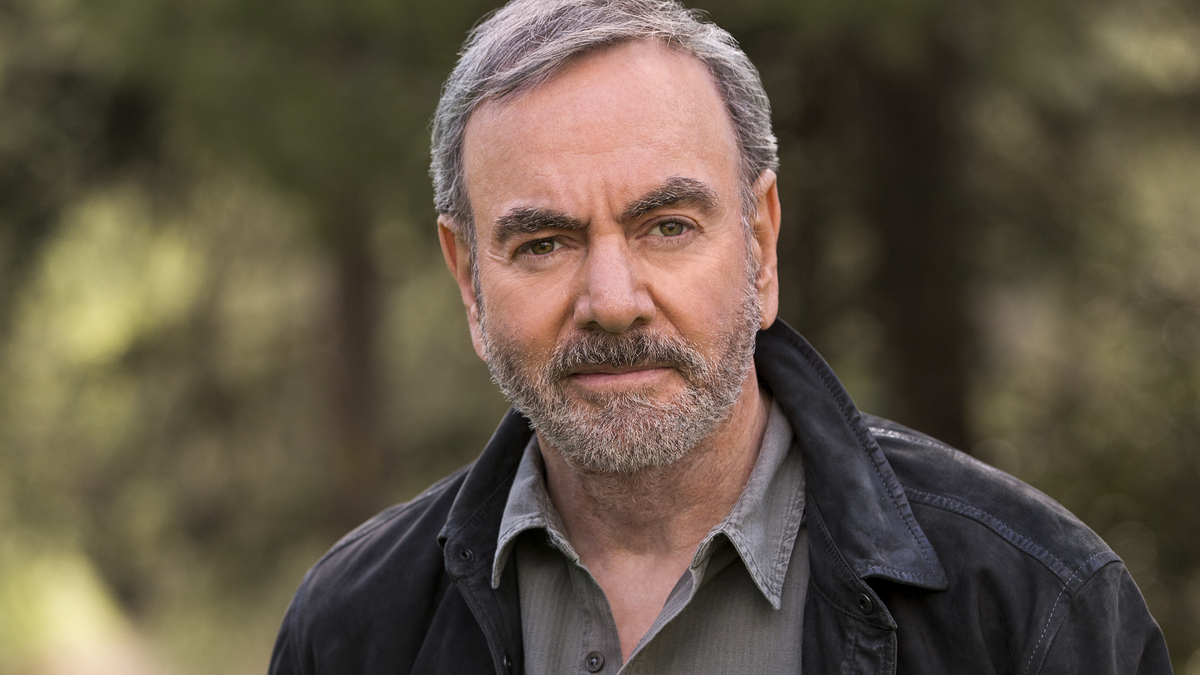 Micah Diamond/Courtesy of the artist

In 1989, the producer Don Was approached Neil Diamond about making a record. "'I called [him] and said, 'Neil, I think you're a rock 'n' roll artist, but you lost your way, and I know how to make it right,' " Was told a reporter in 2013. The two went into the studio but only ended up with one song that has been released. Was had discovered that Diamond was anything but lost. He just had other ideas about what made his warm-blooded blend of showbiz, rock bravado and singer-songwriter sensitivity come to life. Diamond didn't need to strip down or get precious to access the Real Neil. He just had to be true to his selectively sequined, amusedly swaggering self.

Fast-forward 25 years. Was and Diamond have finally collaborated on a whole album, and this time nobody's lost. The bard of central Brooklyn actually did explore the spare style Was had urged him to try, but with another producer, Rick Rubin, on two stripped-down discs that attracted critical accolades in the mid-2000s. Now, Diamond is back to big, fun arrangements that support his pungent wit and unwavering emotionalism. Melody Road is the Real Neil, with strings, horns, a bounty of rousing choruses and that ability to balance the sentimental and the profound that so many listeners admire. It's a warm and spirited outing, and Diamond sounds delighted.

If you're a fan who's been with the 73-year-old performer since his early days, Melody Road will satisfy: It's clearly aimed at the loyalists who still make Diamond a major hit on the road, singing along to chorus after chorus of "Sweet Caroline." The album's title track, a tribute to the musician's life, and the sweetly emphatic "Marry Me Now" bounce along like his classic "Song Sung Blue." The mordant "Nothing But a Heartache" does declarative introspection the way only Diamond can. "Seongah and Jimmy" is an epic with a storyline that sounds lifted from a Broadway musical — white Long Island boy and Korean immigrant girl find love in Greenpoint — but, in fact, is a true story about the singer's brother-in-law. "The Art of Love" is sexy in the way Diamond's classic "Play Me" is sexy: quietly intense, building slowly until the feeling goes gently over the top.

Was and his fellow producer, the equally notable hitmaker Jacknife Lee, find an effective balance throughout Melody Road, as they frame Diamond's compositions within settings that glisten but aren't too bombastically ornate. Top-notch session players, many of whom have worked with Diamond before, enrich the proceedings, including Benmont Tench on keyboards, Greg Leisz on pedal steel and Smokey Hormel on electric guitar. These veterans know how to work in dialogue with Diamond's gruff baritone, and the singer himself is admirably light on his feet — more weathered than he once was, but no less optimistic.

This is music with (as one song title says) a sunny disposition, expressing Diamond's resilient faith in the power of both romance and the balladry that enhances it. "Still remember the first word you wrote, in every single note that you play," he declares in "First Time," a joyful remembrance of musical beginnings that recalls one of the singer's own early hits, "I'm a Believer." Diamond's ability to do that, to be in the moment while knowing just what makes his long career special, keeps him vital. Few could navigate this road with so much panache.