Accessibility links
'Kill The Messenger' Incompletely Unravels A Complex Tale Based on the true story of journalist Gary Webb, Kill the Messenger spins a yarn of Washington intrigue, spy drama and investigative journalism. 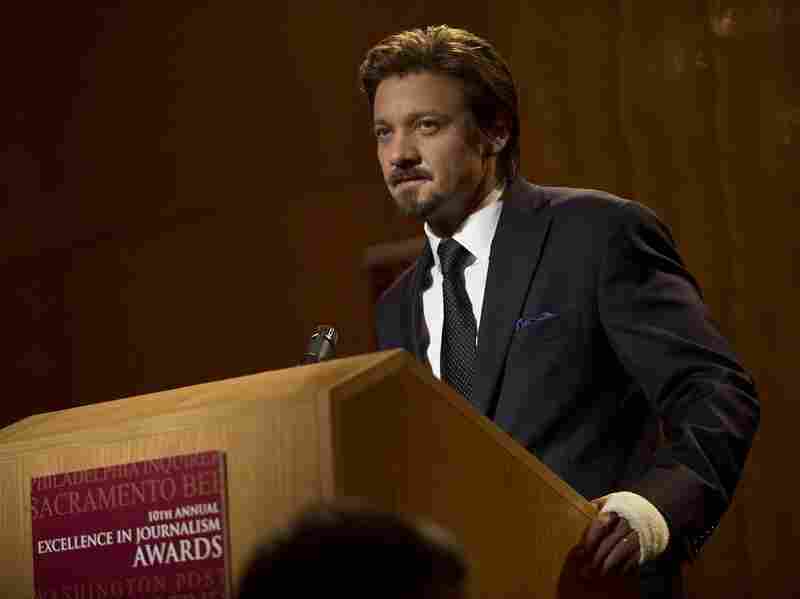 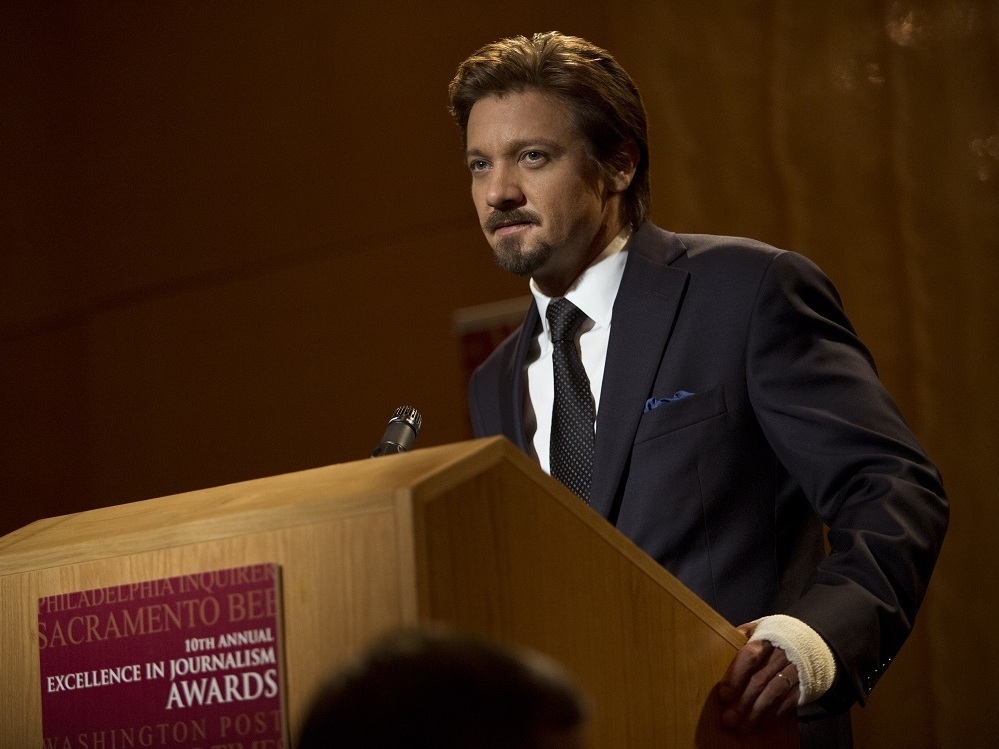 Which is the better story: a massive conspiracy to use CIA connections to import cocaine into the United States, or the efforts of one reporter to uncover that intrigue?

Gary Webb, the protagonist of Kill the Messenger, pursued the first topic, and rightly so — even if it did destroy him. Director Michael Cuesta went with the second, probably because it's more manageable.

The result is a taut, watchable thriller that sidesteps some of the more provocative aspects of Webb's mid-1990s reporting. Even viewers who enjoy the movie will probably imagine a half-dozen other, possibly better films that could be spun off from this one.

Peter Landesman adapted his script from Webb's own Dark Alliance and Nick Schou's Kill the Messenger. It follows the reporter, who worked at the San Jose Mercury-News, from a simple drug bust to revelations that shook the country. Well — parts of it, notably the African-American community, which was trying to make sense of the devastating crack epidemic that began in the late 1980s.

Webb's articles, which have been widely attacked but not substantially refuted in many respects, showed that the flow of cocaine was linked to the Reagan administration's search for off-the-books financing of the Contras' war on Nicaragua's leftist government. The mainstream press — notably the Los Angeles Times and the Washington Post — attempted to discredit Webb, basing its stories largely on anonymous intelligence agency sources. As his editors backpedaled, the reporter bailed. His 2004 death was ruled a suicide.

(One of the L.A. Times reporters who led the paper's attempts to discredit Webb's reporting later called his own efforts "overkill," and the Washington Post then-ombudsman Geneva Overholser accused that paper of "misdirected zeal" in its attack on Webb.)

The story essentially begins when Webb (Jeremy Renner) meets a drug dealer's sexy girlfriend (played by the unignorable Paz Vega). She beguiles him with a low-cut dress and a copy of a secret grand-jury transcript that mentions the dealer's CIA connections. For the accused, case closed; for Webb, a world opens.

Soon, he's off to a Nicaraguan prison to meet a former cocaine baron (Andy Garcia) who mentions his pal "Ollie" — Oliver North. Then to Washington, where he meets a National Security Council member (Michael Sheen) who warns him, "some stories are too good to tell."

Webb doesn't believe that, and neither, with some trepidation, do his editors (Mary Elizabeth Winstead and Oliver Platt). At home, Webb's wife (Rosemarie Dewitt) is mostly supportive, although also anxious. To show the spirit of his insurrection, the reporter pounds out his government-rocking 1996 story to the beat of the Clash's "Know Your Rights." (The film's use of music is not subtle.)

Then the counterattack begins, and the movie makes Webb's work seem more vulnerable than it really was. His chastened editors complain, for example, that he didn't record his interviews, but the real-life Webb posted recordings of some interviews online.

Kill the Messenger will be eye-opening for some, but also functions just as a great yarn. Renner delivers his hungriest performance in years, portraying Webb as a man fueled by outrage, but also ego and more than a little machismo. (He rides a motorcycle and is quick to reach for his gun.) The supporting cast, which includes many performers overqualified for their tiny roles, is excellent.

The director, whose credits include episodes of Homeland, is all too comfortable with the cliches of the new scary-Washington genre: When Webb and his NSC source chat, they do so with the U.S. Capitol as their backdrop.

Of course, it's hard to visualize stories about writing and reporting, secret documents and sealed transcripts. Kill the Messenger does a credible if not dazzling job. In fact, the movie is a lot like the reporting that inspired it: a good introduction to a diabolically tangled tale.