Accessibility links
In 'Listen Up Philip,' Literary Arrogance Stubbornly Refuses To Change In the new film starring Jonathan Pryce, Jason Schwartzman and Elisabeth Moss, two male writers prove far less clear-minded about their own behavior than the filmmaker is.

In 'Listen Up Philip,' Literary Arrogance Stubbornly Refuses To Change

In 'Listen Up Philip,' Literary Arrogance Stubbornly Refuses To Change 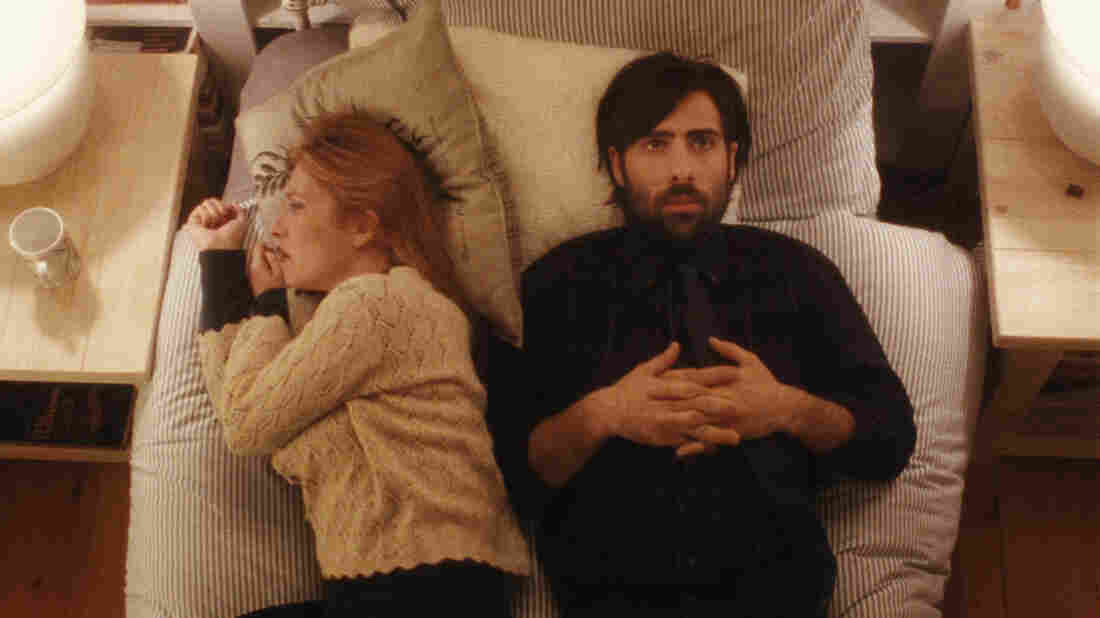 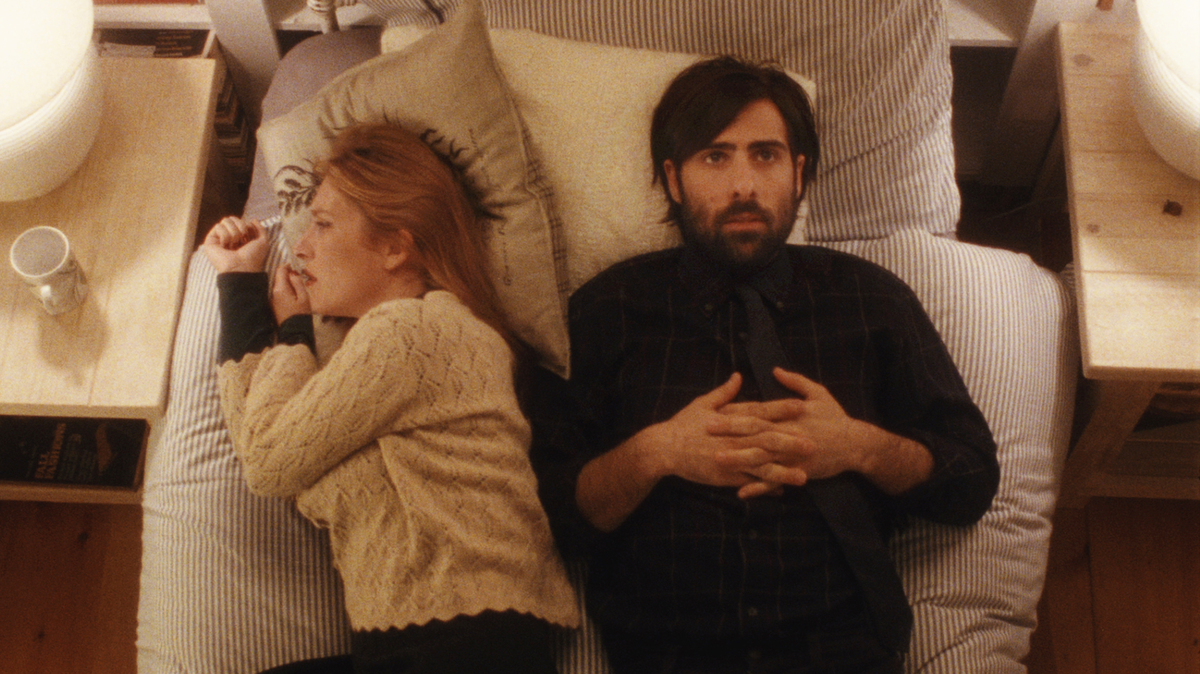 Alex Ross Perry has a knack for writing male characters with deep reservoirs of literary arrogance, and he has taken his talent to a new level with his intricately crafted film, Listen Up Philip.

In his 2011 sophomore feature The Color Wheel, Perry played Colin, who was a pathetic and ultimately forgivable version of this character type — literary only in aspiration, a jerk mostly due to lazy disposition. He's no match for Listen Up Philip's eponymous writer, played by Jason Schwartzman, nor for Philip's mentor, the older celebrity author Ike Zimmerman (Jonathan Pryce). These two are quintessential self-righteous bloviators.

The shift in characters is just one way in which Perry has taken a great step with Listen Up Philip. On nearly every plane — its winding story structure, its cinematography (courtesy, as in Perry's previous movies, of Sean Price Williams), and its thematic depth — Perry's third film leaps beyond The Color Wheel. That film used some radical brushstrokes to lightly distinguish itself from other films about artsy 20-somethings, but it nevertheless stuck largely to that genre's familiar trappings and certainly to its prevailing tone of wry sarcasm.

Listen Up Philip, meanwhile, begins with an immediately distinctive voice — that of the omniscient narrator (Eric Bogosian) who relates the story in a dense, intellectual and self-consciously expositional style. His tone is purposely but still irritatingly pompous. And at first that makes it easy to wonder, particularly once we're introduced to the equally grating Philip, what world Perry has dropped us into and what possible reason there could be to spend time there.

Philip has just published his second novel, an event that produces in him both a sense of superiority (he is suffering for his art, unlike his sellout friends) and a flood of self-pity (his work just isn't good enough; it's worthless, useless). The mix makes you wish Philip would begin writing his third novel straight away since, in his case, seeking out solitude would qualify as an act of generosity toward the world as well as a boon for his productivity.

Right on cue, Ike offers Philip just that kind of isolation when he invites him upstate to his cabin, where Ike's daughter, Melanie (Krysten Ritter), also lives. Moving up there for the summer means Philip has to leave his girlfriend, Ashley (Elisabeth Moss), with whom he shares an apartment and who he treats much like he treats his work: with a mix of envy (her success as a photographer intimidates him) and contempt (he feels like she has ceased to care adequately about him and his writing).

At this point, Listen Up Philip's narrative begins to surprise with sudden changes in itinerary. About a third of the way in, the film smoothly transitions from Philip's perspective to Ashley's, focusing on her as she recovers from Philip's sudden departure. A third act later shines the spotlight on Ike.

The plot's undulating movement offers a slow process of slackening and liberation. Both because of its tone and its heavy use of tight close-ups, the beginning of Listen Up Philip constrains us in a shallow bubble of a world. The plot's digressions, though, progressively create some much-needed breathing room.

Ashley's segment is particularly important in this respect because it offers a moment of respite from Philip and Ike — one that, because Ashley is so comparatively decent as a human being, only helps emphasize their arrogance. Ashley's gradual freedom from her relationship with Philip is ultimately a reminder to us as an audience not to take either him or Ike — who is just an older, reified version of Philip — too seriously.

That's not to say that Perry abandons Philip and Ike, or that he even sidelines them. We may realize that these are insufferable people, but Perry returns to both, largely to continue revealing their desperation and their bad behavior.

The worst of Ike and Philip's actions unintentionally recall Robyn Pennacchia's essay in Death and Taxes about the recent spate of sexual harassment accusations in American literary circles. What makes the latter events so seemingly surprising, Pennacchia writes, is the self-image of the communities in which they occurred, ones that are "primarily populated by men who think they are not 'bros.' Usually, they consider themselves intellectuals. ... They are always the first to lock arms with you and rail against sexism coming from these other types of men."

Philip and Ike never commit any similarly criminal acts, but they nevertheless fit into the phenomenon that Pennacchia describes: The delusion of their self-righteousness and the protective grandeur it engenders is the same, and the victims of their sense of self-worth are the women in their lives, toward whom both feel a despicable sense of entitlement.

Nevertheless, Perry pushes himself and us to understand both men intimately. And it's only through that process that the two, who start off merely as insufferable, become recognizable as villains.

Despite Philip and Ike's deep-set stubbornness, however, the experience of watching Listen Up Philip feels like a revelation. That's largely because, while telling a story about two characters who refuse to admit their wrongs and refuse to change, the film's structure assures that we're the ones — through our perspective and our feelings — who are shifting. In a film replete with magnificent achievements, this strikes as Perry's most subtly masterful touch.