Accessibility links
Interview: Diogo Mainardi, Author Of 'The Fall: A Father's Memoir in 424 Steps' A son with cerebral palsy inspires a new way to think about imperfection, exaltation and love in a new memoir by Brazilian novelist and screenwriter Diogo Mainardi. 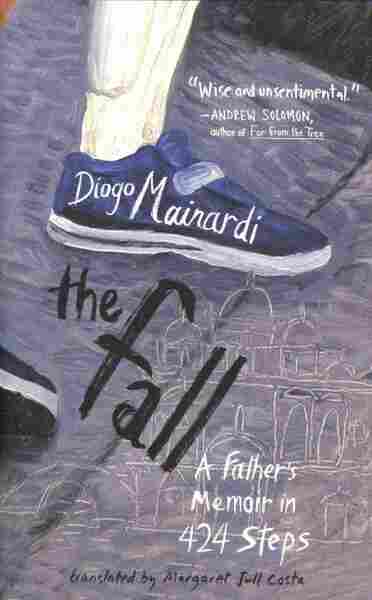 A Father's Memoir in 424 Steps

Tito is a delightful young man. The world would call him disabled; he's had cerebral palsy since birth, the result of a bungled medical procedure at a hospital in Venice.

Tito was born to Anna and Diogo Mainardi, who is one of Brazil's best-known columnists as well as a novelist and screenwriter.

Tito is dauntless and spirited. He can walk 424 steps before he falls — but he always falls.

Diogo Mainardi has written a memoir of a family who begins to see in their son a new way to think about imperfection, expectation, exaltation and love. His new book is called The Fall: A Father's Memoir in 424 Steps. It's translated from Portuguese by Margaret Jull Costa.

"I was a pretentious prick, and after him, I was a better person," he says.

On the medical mistake that injured Tito

They tried to hurry up delivery, because it was a Saturday. Our obstetrician surely wanted to have her pasta still hot on the table, so she tried to hurry up everything and bungled everything. My son, he remained without any oxygen for a while, and that caused his cerebral palsy.

We knew, right at the beginning, that he was almost dead. But after two weeks in an intensive care unit, he seemed to be all right. He survived everything, and we were relieved.

After six months we were told that he had cerebral palsy. We were not prepared. We felt fear, but that fear lasted for exactly a week. I was sitting on the sofa with my son on my lap, I was reading a newspaper. My wife was hurrying. She tripped, and when she fell down, Tito started laughing, and he laughed as an adult. It was an incredible, liberating laugh, and we started laughing with him. We knew we had a common vocabulary and common language with Tito, which was slapstick, which was comedy.

When you have a disabled child, you feel that he must do more and he must be able to win against his own disability, and he has to achieve. When we completed those 424 steps inside the hospital where he was born, we didn't [feel that way] any more. Years had passed, we had calmed down, we were a happy family trying to cross a bridge. Not anymore to cross the world, walking. We set less ambitious goals.

Read an excerpt of The Fall