Accessibility links
First Listen: Lily & Madeleine, 'Fumes' Lily and Madeleine Jurkiewicz spend their second album feeling and defining the contours of each other's voices, trading verses, lines and leads. They call it "blood harmony," which about sums it up. 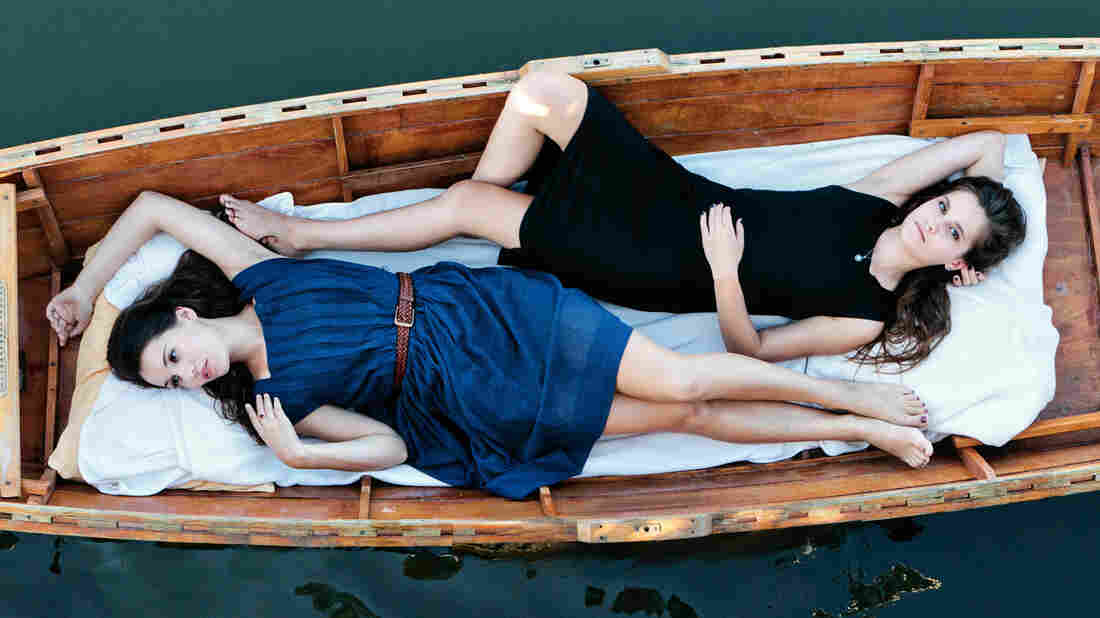 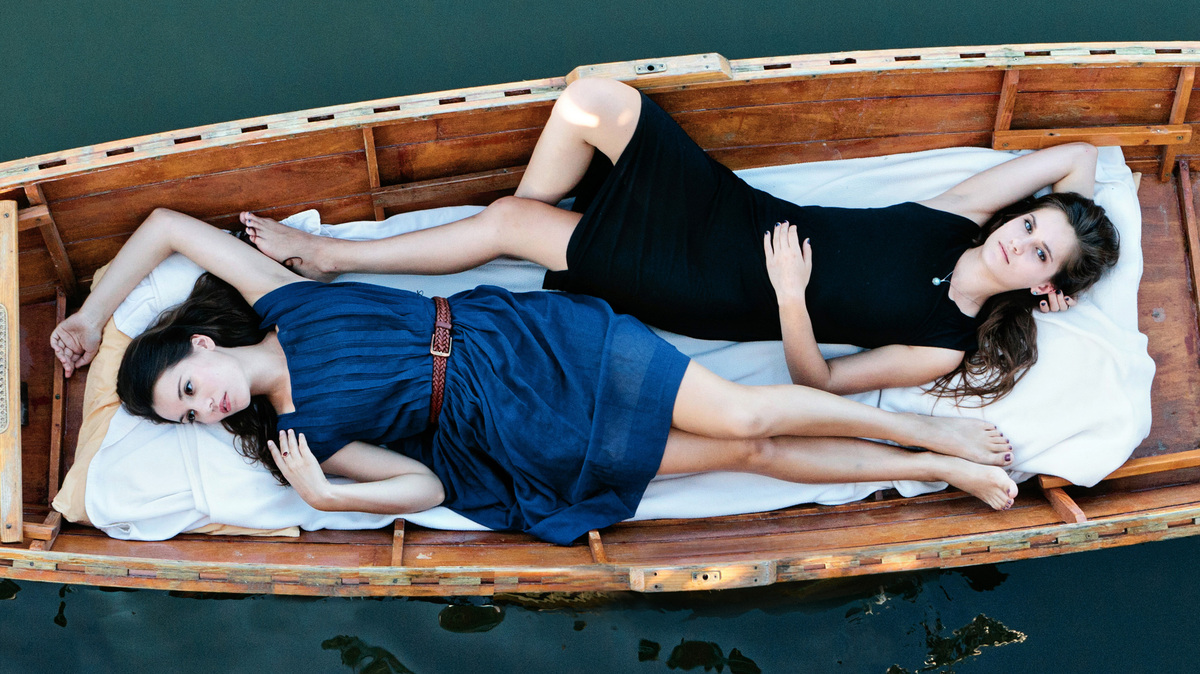 Sisterhood, novelist Marilynne Robinson writes in Housekeeping, "is like sitting at night in a lighted house. Those outside can watch you if they want, but you need not see them."

Few performers are more qualified to provide a soundtrack to their lighted house than folk-pop duo Lily and Madeleine Jurkiewicz, who record under their first names. On their second album, Fumes, Lily & Madeleine are the world unto themselves that siblings often are: They beckon and invite an audience while remaining perfectly, exquisitely self-contained. Not only do the two share DNA and sing together, but they also sing in close harmony. If ever there were a universal language to express the fundamentally human state of being alone together, it would be the raising up of two voices in collective but disparate song.

Fumes is a misleading record, the way a masterfully performed dance is misleading: It looks easy only because the complexities behind it are unfathomable to outsiders. There's a borderlessness to Lily & Madeleine that leans from seamlessly natural to mesmerizingly preternatural, hinting at deeper forces at work than skill and practice. The sisters call what they do "blood harmony," which feels closer to the truth of their appeal.

The foundation of Fumes, and of Lily & Madeleine's career overall, is clearly two intrinsically connected women sharing stories and bearing witness to each other. "Keeping me going" is the first phrase the two sing together here, three lines into the title track. "Fumes" functions as an edict on complacency and apathy, but the song's message of isolation is intriguingly complicated by the presence of two voices. A sister (or a voice in harmony) is discrete, but never wholly alone. That savvy use of harmony as statement presents another misleading fact of the sisters' music. Though both are still teenagers in possession of sweet, juvenescent voices, their lyrics are sharp and wielded skillfully. "The Wolf Is Free" and "Rabbit" possess Top 40-friendly instrumentation, but the former is undercut with deliciously creeping menace, while the latter features a biting perspective on breakups and perhaps the album's most powerful moment: the line "Oh my god," delivered without harmony and highlighted with echo.

The nature of performativity changes in close harmony compared to other duet styles. The notes being sung are less than an octave apart — that is, the range of available harmonies is smaller and more precise — so singers need to literally tune in to each other to a degree of closeness generally reserved for genetics. Lily & Madeleine spend the duration of Fumes feeling and defining the contours of each other's voices, trading verses, lines and leads. Madeleine's higher, airier voice is embroidered into the edges of Lily's lower, crunchier alto, such that the threads are inseparable. All vocal energy on this album is directed at making a whole out of filled lacunae instead of individual showcasing. These are inward-looking songs; secrets between siblings. There are windows into Fumes in the form of inviting pop sensibilities and instrumentation, but what's really on display is an audible bond between immensely talented sisters.