Accessibility links
9 Lives And Counting: Hello Kitty Turns 40 In the time since the first simple coin purse was sold in Japan back in 1974, Hello Kitty has become a multibillion-dollar empire. A retrospective in Los Angeles celebrates the beloved cartoon cat. 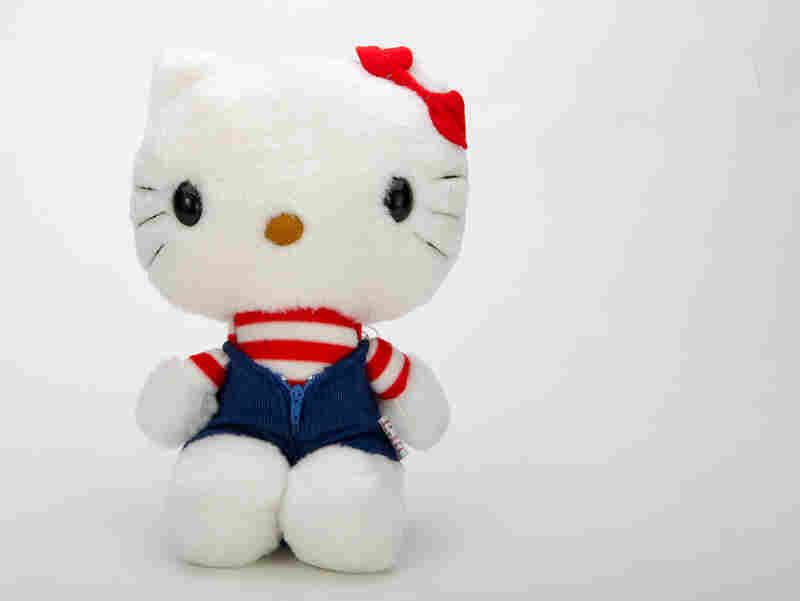 Hello Kitty got her start 40 years ago, in 1974. A plush doll from 1976 shows her in her early years. Japanese American National Museum hide caption 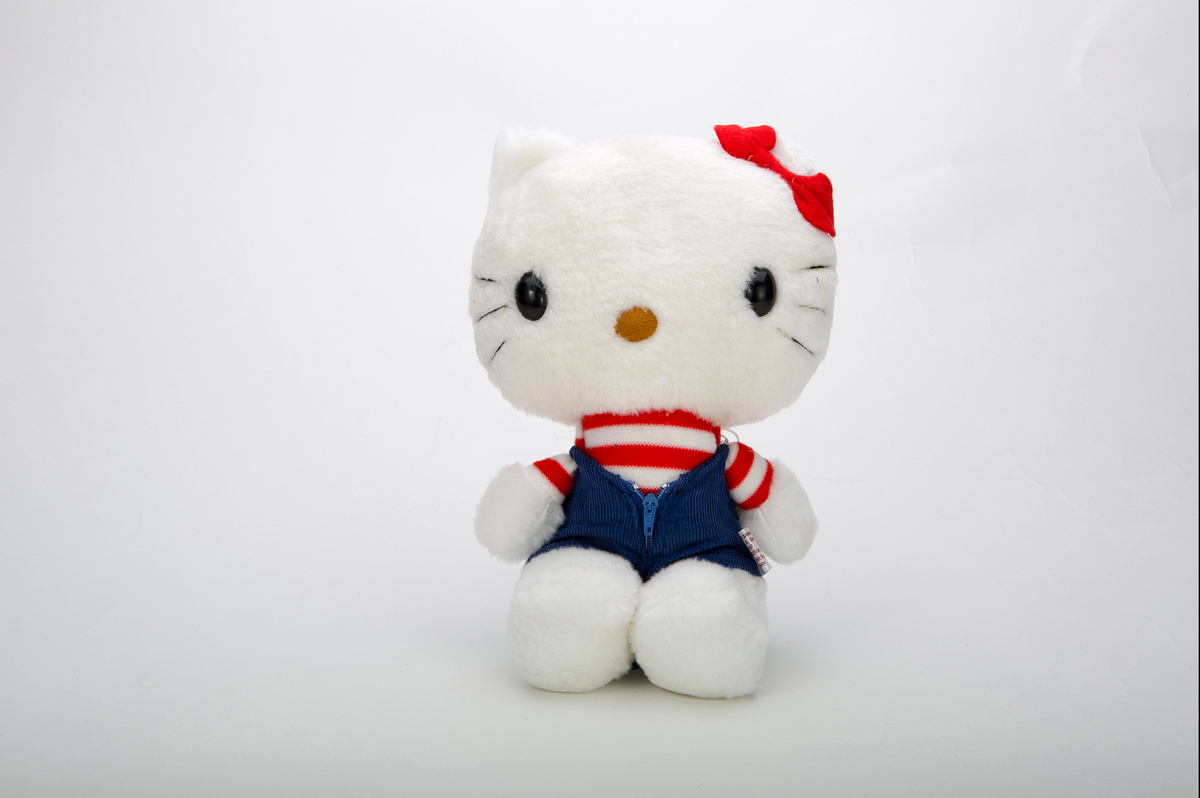 Hello Kitty is celebrating a big birthday this year. In the time since the first simple coin purse was sold in Japan back in 1974, Hello Kitty has become a multibillion-dollar empire — $8 billion worth of products bearing her image sold internationally in 2013. The Japanese company that created the cartoon cat now oversees the production of products ranging from backpacks to lunchboxes to picture books.

A carefully curated survey of goods from the last four decades — as well as Hello Kitty-inspired art — make up a Hello Kitty retrospective at the Japanese American National Museum in Los Angeles.

Lots of the women here say Hello Kitty conjures up fond childhood memories of happiness and cheer that they cling to today. But Hello Kitty isn't just about nostalgia; she has also played a serious role as an ambassador. 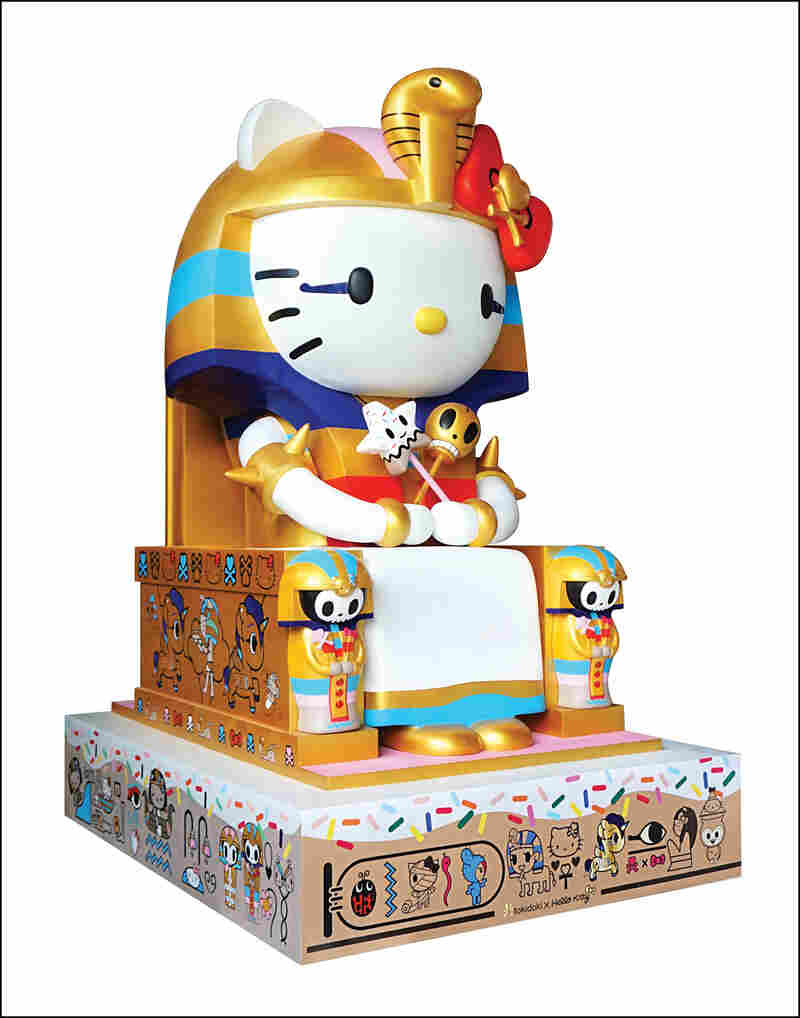 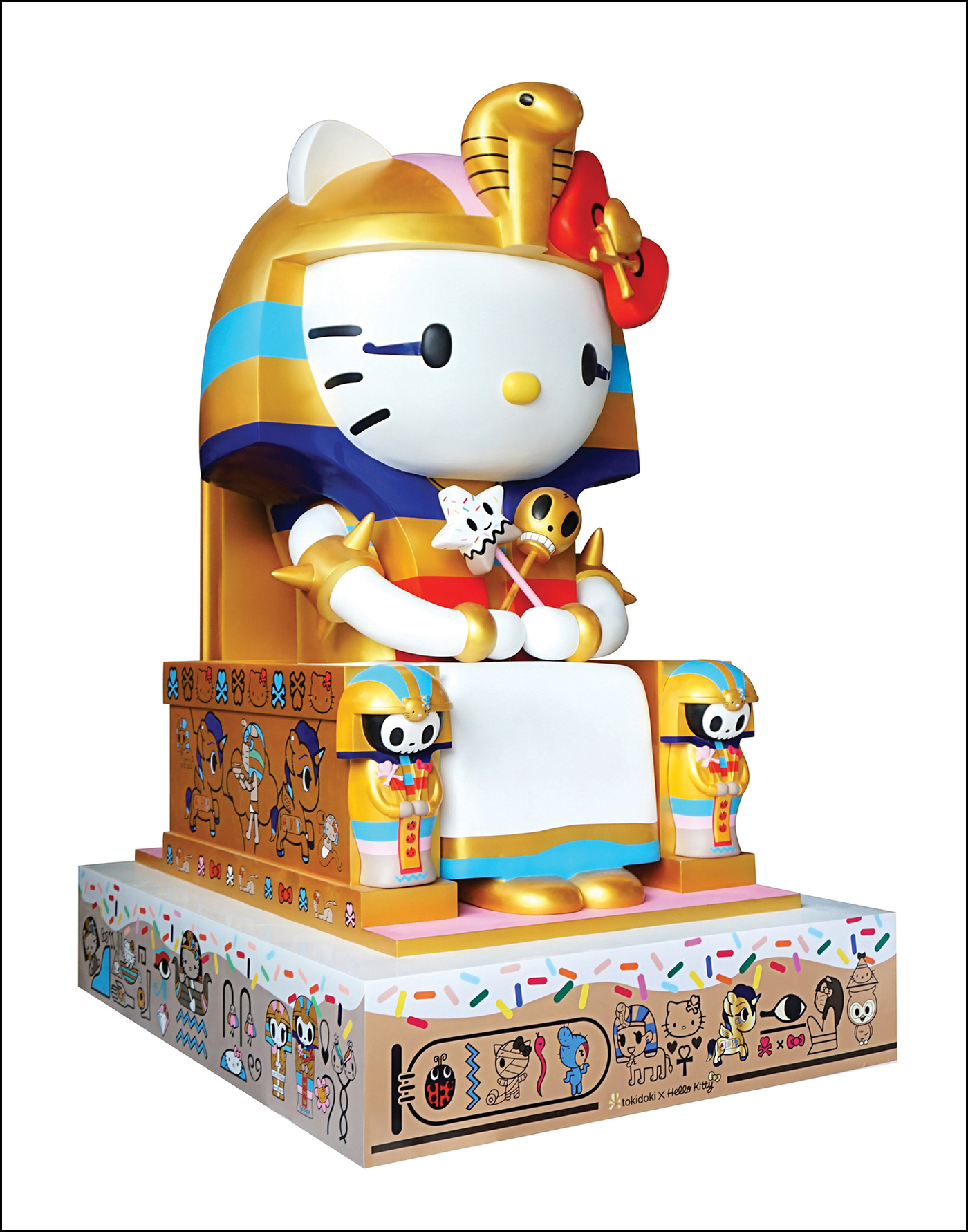 Simone Legno's 2014 sculpture Kittypatra is on display at the Hello Kitty exhibit at the Japanese American National Museum in Los Angeles.

"We have to think back to a period of time when things that were culturally Japanese were not cool — in fact, when there was a lot of anti-Japanese and anti-Asian sentiment," says Greg Kimura, director of the Japanese American National Museum. "... When Hello Kitty entered the scene, she was immediately adopted by young girls because they sensed in her this connection to Japanese and Asian cultural idiom."

Growing up in Southern California, Kristin Yamuchi was one of those girls. Today, she's enchanted by the Hello Kitty-inspired artworks on display. Standing beside a 12-foot-tall statue by depicting Hello Kitty as Cleopatra, she's in awe. When asked what she could take home from the exhibit if she could she replied: "Oh my gosh, everything, let's be real."

These enthusiasts don't anticipate their Hello Kitty appreciation will wane in the next 40 years, either.

"I really want the Hello Kitty tombstone for when I eventually depart this earth," says Boyd. "That would sum me up so perfectly. Even when I'm 80 years old, I'm going to like this stuff."

On Display At The Japanese American National Museum