Accessibility links
Book Review: 'Wonder Boys,' By Michael Chabon | It's literary awards season. The Nobel, the National Book Awards shortlists, and the Man Booker Prize were all recently announced. Author Jason Sheehan recommends some reading on all this reading. 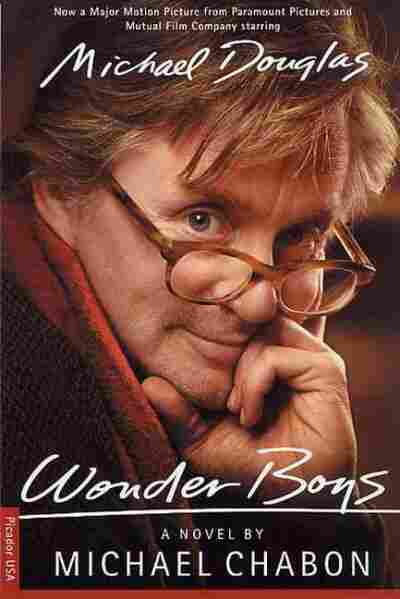 "Although it was only nine o'clock he had already gone once around the pharmacological wheel to which he'd strapped himself for the evening, stolen a tuba, and offended a transvestite; and now his companions were beginning, with delight and aplomb, to barf. It was definitely a Crabtree kind of night."

That, my friends, is one of those lines for which books were invented. For which awards were invented — to bestow temporary graces upon those lurching, bourbon-sodden romantics and idiots who believe that a life spent telling stories for nickels is worthwhile.

I am one of those idiots. And so is Michael Chabon, who wrote the lines above as a kind of mid-chapter mike-drop in his novel Wonder Boys. Lots of other lines surrounded it. Many of them were nearly as good because Chabon is a guy to whom, it sometimes seems, the good lines just come like gifts.

The book's main character is Grady Tripp. And it's professor Grady Tripp, actually, a one-time blazing, bright star of the book world now an old writer, perpetually stoned, teaching writing at some literarily perfect little liberal arts college in Pittsburgh and too scattered in a hundred different ways to finish his second book. His foil is, of course, a young writer. A student named James Leer. He's a mopey, damaged, proto-emo goof who speaks in a "choked little powder-soft voice," but is also a wickedly talented, capable of churning out brilliant short stories overnight and entire novels over the course of a couple months. And then there's Grady's editor, Crabtree, in town to get his hands on the manuscript of Grady's next book — a rambling mess of a thing currently clocking in at 2,611 pages.

And Wonder Boys is a book about precisely them — about old writers and young writers and people who care deeply about words and book awards even if their sadness lives in their suspicions that maybe no one else does.

In the long, deep and generally awful canon of writers writing books about writers and books, Wonder Boys is my favorite by a hard mile. And if that sounds like faint praise (Hey! You're the best of all the crap!), it isn't, because the genius of Wonder Boys is in the way it walks a knife-edge between being a serious meditation on the whiskey and weed filled, quietly lonely and sadly desperate lives of writers and Northeastern academics, and an out-and-out farce gut-ripping that same preciousness. Everyone is drunk in Wonder Boys. Or stoned. Or both. James shoots a dog. Crabtree steals that tuba. There's even a car chase. Of sorts.

And while it would be perfect to be able to say that Wonder Boys went on to win some heavy, important award, it wouldn't be true.

No, Michael Chabon would have to wait a few years for that. For The Amazing Adventures of Kavalier & Clay which won him the Pulitzer Prize for fiction in 2001.

A previous Web version of this story misspelled Kavalier as Cavalier in a book title.