Accessibility links
As Their Wells Run Dry, California Residents Blame Thirsty Farms Many rural residents rely on private wells for tap water. As the severe drought continues, many are wondering why farms seem to be getting water ahead of families.

Imagine flushing the toilet and watching sand come up. That's what happened to Pam Vieira, who lives south of Modesto, Calif. Her water well has slowed to a trickle, and you can see the sand in the tank of her toilet.

Vieira is one of as many as 2 million rural California residents who rely on private domestic wells for drinking water.

Some of those people are among the hardest hit by the state's severe drought, as wells across the state's Central Valley farm belt start to go dry. 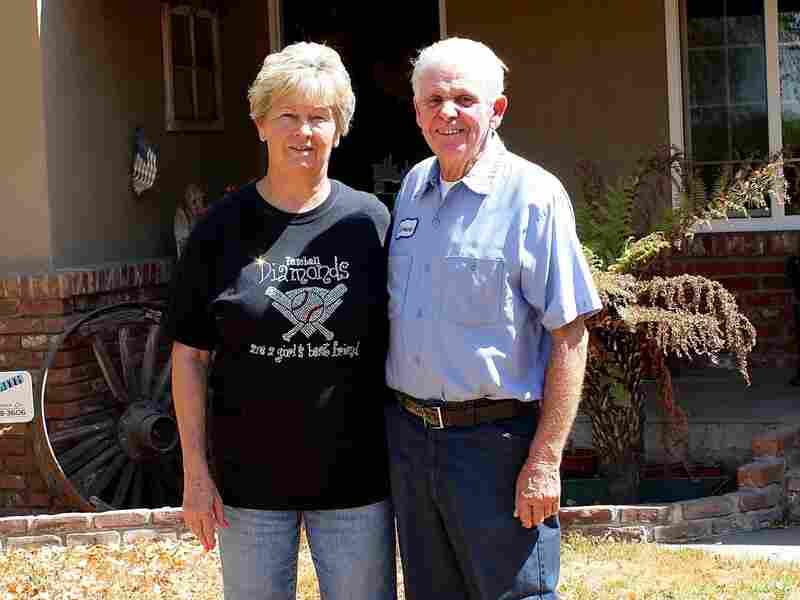 Pam and Lawrence Vieira have lived in their ranch house for nearly 40 years. During the drought, water from their well has slowed to a trickle. Sasha Khokha/NPR hide caption 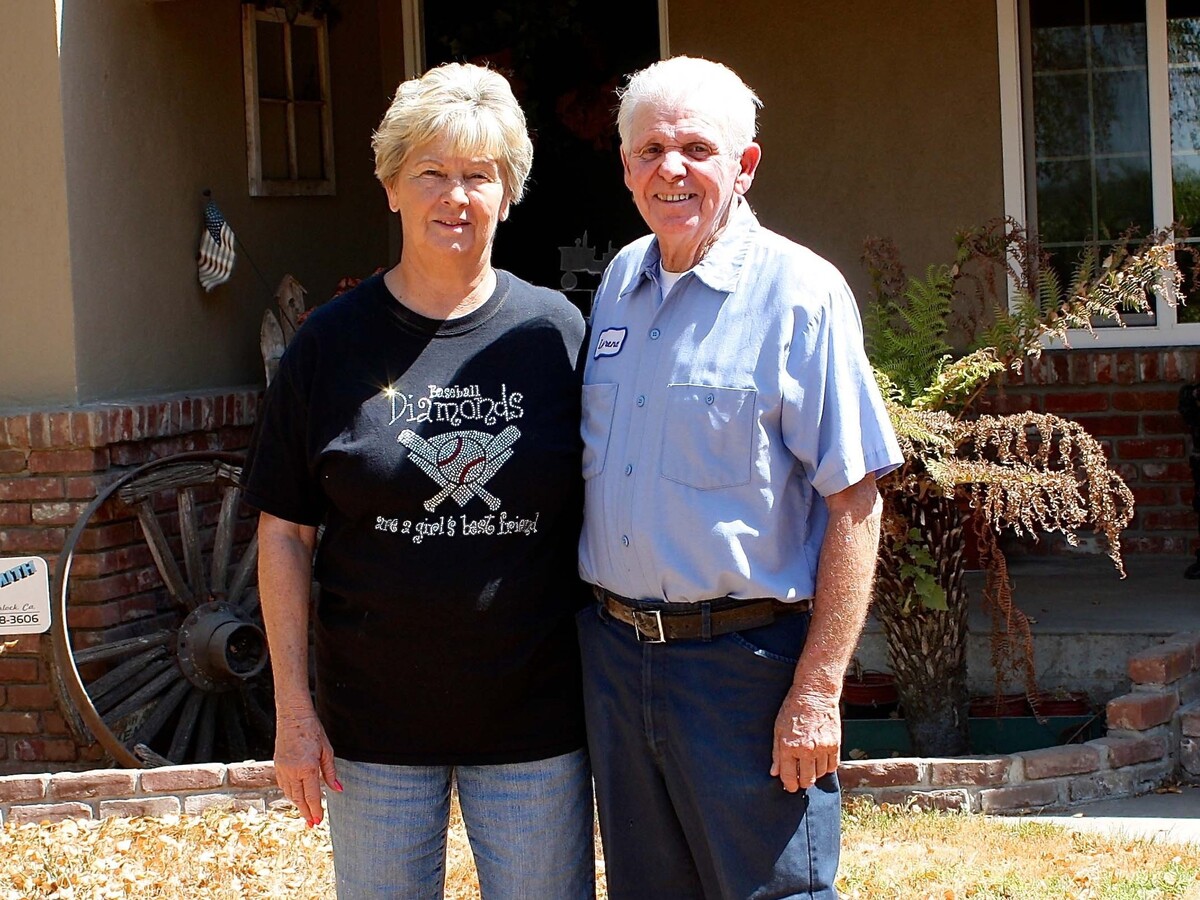 Pam and Lawrence Vieira have lived in their ranch house for nearly 40 years. During the drought, water from their well has slowed to a trickle.

Vieira and her husband have lived in this tan ranch house surrounded by almond and sweet potato farms for about 40 years. Like many in this community, they're too far from town to hook into a municipal water system. Their household well has always worked fine.

But now, Vieira has to wait for the well to pull enough water to take a bath. She recycles whatever water she can to try and save her 100-year-old hydrangea.

"This is my grandmother's, and it's just burned and dying," she says. "But I think it'll make it through. What I'm concerned about is, are we going to make it through?"

The Vieiras ran an auto repair shop for many years. Now they're retired, and have nowhere near the $20,000 it would take to drill a new well.

State and federal grants are available to help small towns that rely on wells to drill new ones, but almost no public funds are set aside for private property owners with failing water wells.

"No one has thought about domestic well owners, which is a real shame because there's thousands of us," Vieira says.

Some of them are middle-class well owners like the Vieiras, but others are farmworker families.

Gladys Colunga's well went completely dry this summer. She has six children and lots of laundry to wash and teeth to brush — but no water. 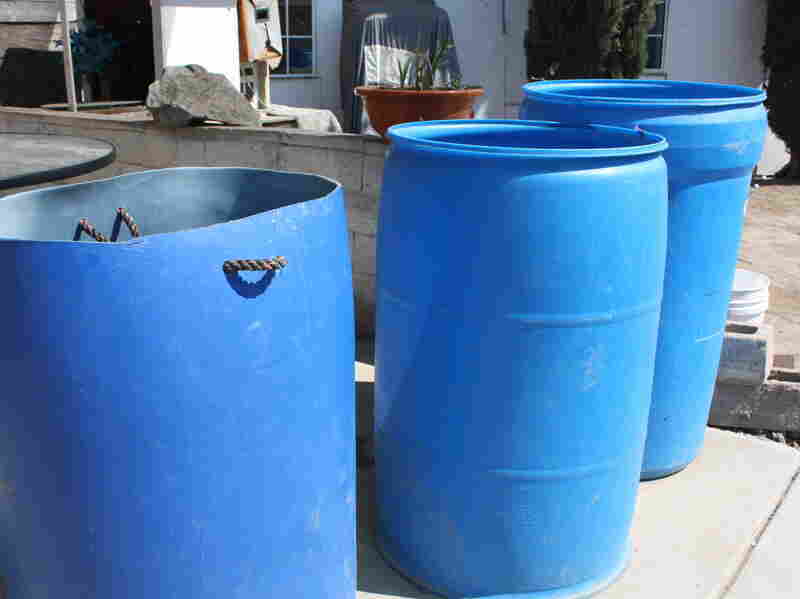 The Colunga family has been carrying water in barrels from neighbors and relatives to use for washing since their well went dry. Annabelle Beecher/NPR hide caption 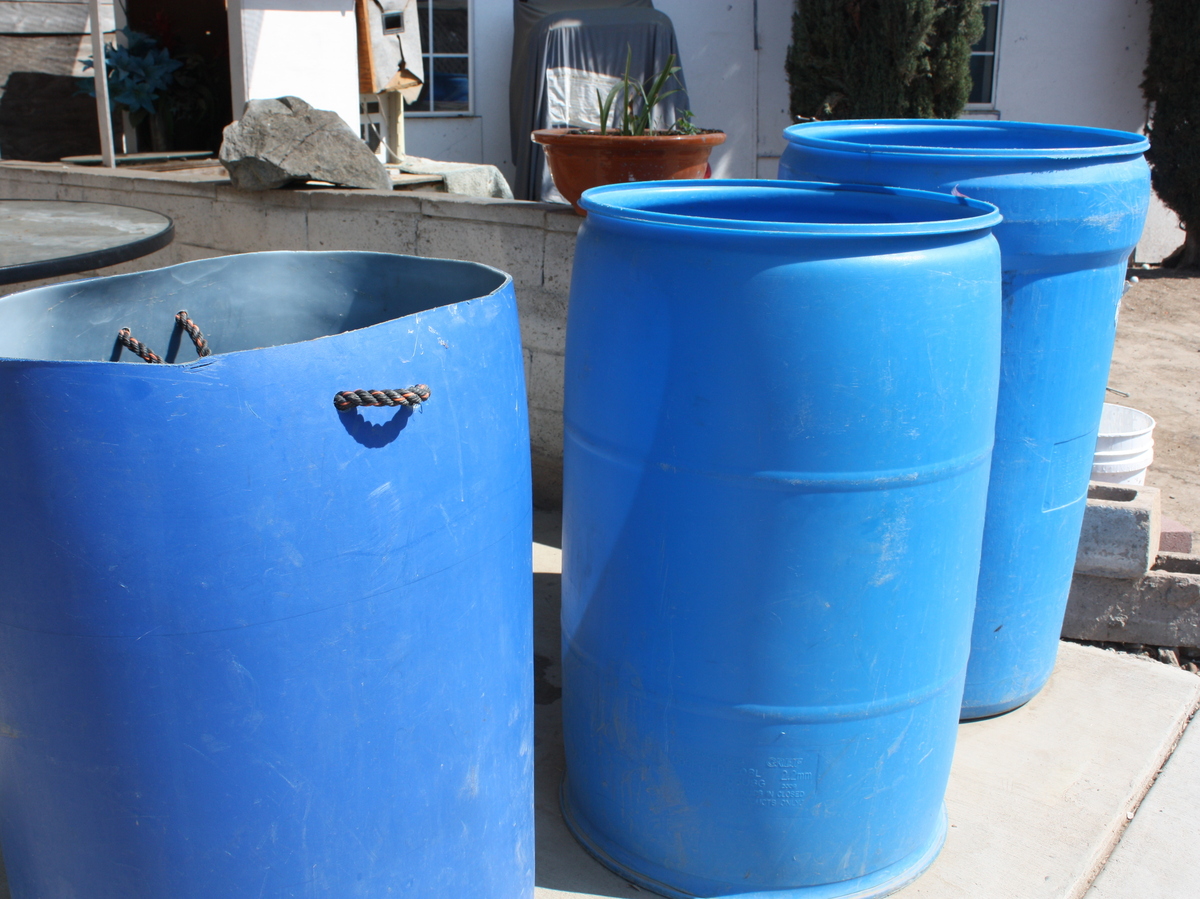 The Colunga family has been carrying water in barrels from neighbors and relatives to use for washing since their well went dry.

The family is making do with bottled drinking water. Meanwhile, Colunga's husband's field hours have been cut because of the drought, so they're making less money.

They have to haul water from neighbors and friends in barrels in the back of their pickup, then scoop it into buckets to wash dishes. They're trying to save enough for their swamp cooler, so they can cool down the house in the lingering heat.

"That's upsetting, because just here down the road there's orchards behind us," Colunga says of the neighboring almond farmers. "The orchards are drowning in water. I understand that they need to get their crops as well, but then we're a family, we have children and we need that water. ... We have the right to have that basic thing. It's water."

But groundwater levels are dropping fast.

"We can't really use public funds to help a private well owner," says Tulare County Supervisor Steve Worthly. "I really don't see a place for the government to come in and provide the funds for everybody's well ... There's going to be thousands and thousands of wells that are going to go out."

Most Of California Reported To Be In 'Extreme Drought'

Farm counties have issued a record number of permits to growers who want to drill wells to keep their crops watered. Worthley says farmers have that property right.

"We're not in a position to tell farmers, 'No, you can't have a permit to drill a well so you can keep your crop alive,' even though we know it has a collateral impact," he says.

California legislators recently passed rules that could eventually limit groundwater pumping, but those plans give local agencies until at least the year 2040 to meet goals for groundwater sustainability.

Meanwhile, most people with wells going dry right now are stuck. If they can't afford to drill new wells, they may be faced with trying to sell a homes that have no water.