Accessibility links
Some Millennials — And Their Parents — Are Slow To Cut The Cord Millennials get a lot of financial and emotional support from their parents, which critics say causes delayed adolescence. But actually this close relationship benefits both kids and parents.

Some Millennials — And Their Parents — Are Slow To Cut The Cord

Some Millennials — And Their Parents — Are Slow To Cut The Cord 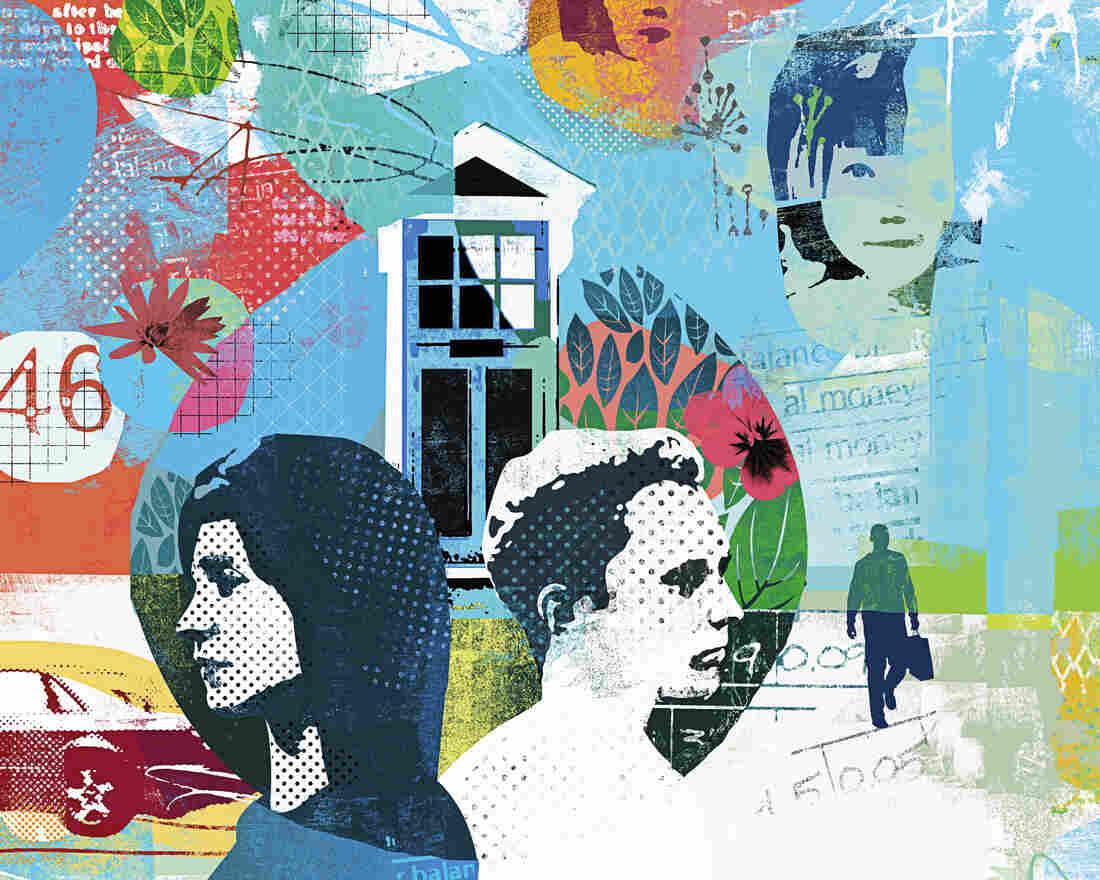 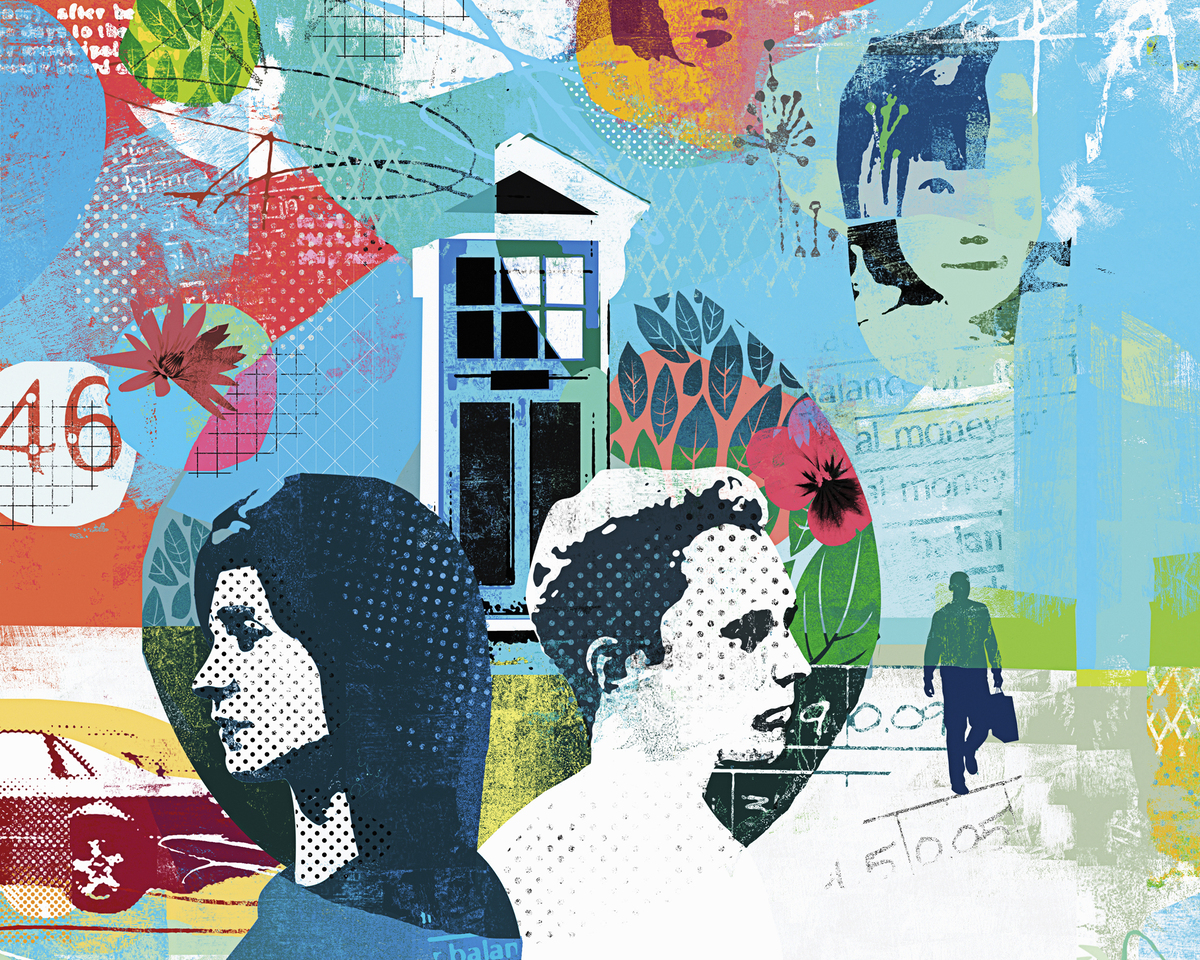 So your child moved back in with you after graduation, and it seems like she will never leave. Or worse, you're sending rent checks each month while she searches for jobs in the big city.

You often find yourself wondering if she will ever grow up. You're concerned that your child is suffering from delayed adolescence.

But research suggests there's no need to panic. Parental support during emerging adulthood does not necessarily inhibit young adults from becoming independent, experts say. This close relationship is actually beneficial to both kids and parents.

"I think it's a great thing overall that there's this wonderful closeness between parents and emerging adults today, and I really think it's unprecedented in human history," says Jeffrey Jensen Arnett, a research professor at Clark University in Massachusetts and director of the Clark Poll of Emerging Adults.

Arnett coined the term "emerging adulthood" — the life stage where young adults take time to find themselves in their 20s. He says this stage has brought a new closeness to the parent-child relationship.

The idea of the big American family doesn't exist so much anymore. Rather than having to divide time between multiple kids, parents today can plan their families more and focus on each kid, Arnett says.

"We've had this big change in our beliefs as a society about what's appropriate between parents and children," he says. "Parents no longer feel like they should be some stern authority figure."

Parental support ranges from having the child living at home to paying for living expenses to just talking to the child daily.

Experts say pursuing more education, delaying marriage and the sluggish economy are the main reasons why millennials live with their parents. As more young adults stay single longer — some 25 percent of them will never marry — a bond with a parent can become the most important relationship in their lives, says Karen Fingerman, a research professor at the University of Texas, Austin.

A recent Gallup poll found that only 14 percent of 24- to 34-year-olds are living at home, whereas about half of 18- to 23-year-olds — the majority of which are still in college — live with their parents.

While 14 percent seems like a small number, the number of young adults living at home post-graduation is on the rise. In 1968, only 10 percent of college graduates ages 25 to 34 were living at home, according to a Pew Research Center report. 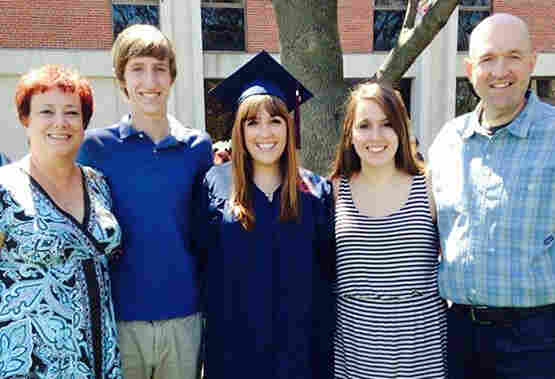 Maddy Berner with her family at her graduation from Syracuse University this past May. Berner moved back in with her parents in Arlington, Va., and is currently interning in Washington, D.C. Courtesy of Maddy Berner hide caption

About 61 percent of parents with grown kids at home find this experience mostly positive, according to the 2013 Clark University Poll of Parents of Emerging Adults. A 2008 study also found that parents showed fewer depressive symptoms when they felt involved in their grown children's lives.

After graduating from Syracuse University this past May, Maddy Berner moved back home to Arlington, Va., while interning and working a part-time job. She says her life at home is very positive so far.

"I knew from the beginning that I wasn't gonna be that child that just turned back into that 16-year-old that made my parents do everything," she says. "I told my parents I would pay for events out with my friends, I would try to make dinner, and I wanted to make clear that I was a 22-year-old and I had responsibilities."

"When it comes to being a millennial and living with your parents, I think it's all about being open with them," Berner adds.

Even if they don't live at home, a majority of today's emerging adults — about 74 percent — receive financial support from their parents, according to the 2013 Clark Poll.

"Virtually all 25-year-olds could support themselves if they really had to, but then they wouldn't be able to live a very nice life in their 20s," Clark University's Arnett says. "They could live on it, but they don't really want to, and when it comes right down to it, their parents don't want them to have to either."

Berner says her parents understand the tough job market she and many of her peers are entering.

"They're accepting of that, so they're all for me trying to save money so when I become independent, I become self-sufficient and ready to go," she says. "I'm not drowning in debt, depression and need more money."

But Arnett says young millennials are less likely to feel adult if they are still financially dependent on their parents.

"I graduated college, so I should now be self-sufficient," says Lauren Ruvo, a Harvard University graduate student. "I feel self-sufficient, I make daily decisions for myself, but yet the financial piece I still don't have."

Studies show that young adults who had more parental support did not score worse on indicators of independence, says Fingerman of the University of Texas. While there's a lot of anecdotal evidence to suggest that helicopter parents persist after college, she says those instances are few.

The majority of today's parents are so willing to support their grown kids because they invented the idea of striving for a career you really want, Arnett says.

"I think a lot of parents that can afford it will say, 'Well, I would really rather have this money for our own fun, but he needs it and they're trying hard, so we'll write the check,' " he says.

It's Not Just About The Money

Millennials who are financially independent still rely on their parents for emotional support.

Kim Parker, a researcher at Pew, says more young people look to their parents for advice because the generation gap is closing. In the 1960s, the young and the old were often at odds, she says.

In 1986, about half of parents reported that they spoke to their grown children once a week. Today, 67 percent of mothers and 51 percent of fathers say they have contact with their young adult child almost every day, according to the 2013 Clark Poll.

"Typically we talk every day, and we just talk about whatever's going on," Ruvo says. "I would value my parents' opinions more than probably the average 22-year-old, so when there are things that are going on, I call them for emotional support because I know that they won't sugarcoat anything."

Fingerman says the idea of young adults turning to their parents for advice wasn't always so common.

When I was young, "we were turning to other 19-year-olds and asking their advice, and now they're asking a 40-year-old with life experience," she says. "It's a smart thing to do."

But not all young adults have this kind of relationship with their parents. Leo Caldwell, 32, hasn't had a close relationship with his parents since he came out as a lesbian in college. He now identifies as transgender.

"To me, millennials are so invested in what their parents want and how their parents feel about their life," Caldwell says. "I've experienced people feeling very shocked about me not telling my parents things.

Use #newboom to join the conversation on social media.

"It's interesting to me to see that dynamic," he says, "to see their parents so involved, because I don't think Generation X feels that way or baby boomers feel that way."

The stigma around helicopter parenting leads both parents and young adult children to feel like this level of support is too much. According to the 2013 Clark Parents Poll, 61 percent of parents said their parents gave them little or no support when they were in their 20s. Only 26 percent of today's young adult children say that is true for them.

When Erica Deshpande, 22, was choosing which graduate school to attend, her parents told her they would pay and that money was no object. Columbia University gave her more money, but she chose Harvard because she went to Boston College for undergrad and liked the city.

"There was a lot of guilt associated with having my parents pay for me to just like my school better," she says. "My dad especially is the one who sat down with me and really tried to make me feel that what they want is for me to be where I'm happy. But to be honest, the nicer they are about it, the more guilty I feel sometimes."

"Even though we have this new norm, we don't feel entirely comfortable because we still have this old value that they should kind of be doing this themselves," he says.

While both parents and their grown children agree this type of support is positive now, it's hard to tell if it will prevent them from becoming sufficiently independent in the long run.

As emerging adults grow older, they are less likely to receive financial support from their parents because they want to make their own financial decisions, Arnett says. The 2012 Clark Poll of Emerging Adults reported that only 6 percent of 26- to 29-year-olds said they received regular financial support.

"It's really underestimated in all these negative stereotypes about them how much they want to move ahead with their lives," Arnett says, "and how much they prefer to be financially independent."