Accessibility links
Book Review: 'Limonov' By Emmanuel Carrere A new biography of the Russian political prankster/author/revolutionary Edward Limonov asks what turns out to be an unanswerable question: What's Limonov thinking, and what does he really want?

Who Is 'Limonov'? Not Even His Biographer Really Knows

Who Is 'Limonov'? Not Even His Biographer Really Knows 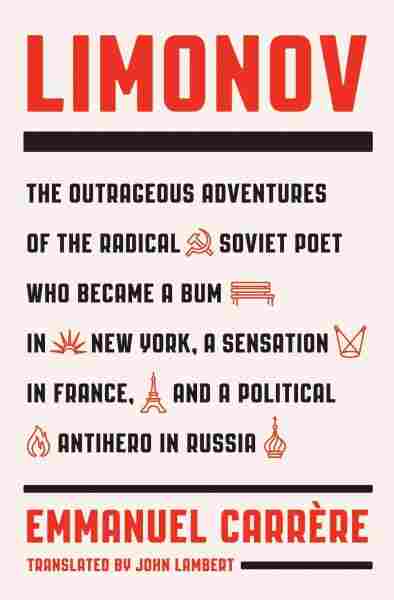 The Outrageous Adventures of the Radical Soviet Poet Who Became a Bum in New York, a Sensation in France, and a Political Antihero in Russia

by Emmanuel Carrere and John Lambert

Title
Limonov
Subtitle
The Outrageous Adventures of the Radical Soviet Poet Who Became a Bum in New York, a Sensation in France, and a Political Antihero in Russia
Author
Emmanuel Carrere and John Lambert

I had a typical first experience with famed Russian emigre-turned auteur-turned neo-fascist revolutionary Edward Limonov: I misunderstood him.

Everybody misunderstands Edward at least once. Usually, they underestimate this slight, bearded man with the mild manners.

I knew him in the late 1990s and early 2000s, when he wrote a column for the eXile, a punk/anarchist English-language paper Mark Ames and I edited in Moscow. (He'd been brought in by Ames, who was a fan.) Edward back then was the chief of an aesthetically cool but literarily tedious revolutionary rag called Limonka.

He was also the would-be leader of a would-be rightist revolutionary group called the National-Bolsheviki. His few hundred bomber-jacketed followers were known as the "Nats-Bols," which they gleefully pronounced "Nuts-Balls."

I had Edward figured wrong. I thought he was a clown-memoirist who was using real-world stunts to capture the attention of the literary community. But he ended up doing real time for his revolutionary "acts," which included a real takeover of a military base in Latvia using fake grenades (called, appropriately, "Limonki" in Russian). What was he up to? You could never tell with Edward.

Some of his books, like the stunning diary of his poverty-stricken youth in Ukraine, Podrostok Savenko ("Diary of a Russian Punk"), are full of gorgeously raw, painful, true writing that he clearly suffered over. Other books he just flat-out mailed in. And in the same way, sometimes he really was a revolutionary, and sometimes he appeared to be playing at it — it was hard to tell.

All of these thoughts came rushing back when I read the new biography of Edward, Limonov, by French author and filmmaker Emmanuel Carrere, translated by John Lambert.

It's a sweeping account of Edward's unmistakably epic life, from the cruelty and poverty of his youth in Ukraine, to his conquest of the Western literary scene as an emigre writer in the 1980s, and finally to his return to Russia first as the most minor of rightist revolutionaries, then as a prisoner (locked up in the worst Russian prisons for faux-fomenting real revolution, or really fomenting faux revolution — it's hard to explain). The last chapter involves his bizarre re-emergence as a mainstream political figure, playing at being a respectable supporter of peaceful change. 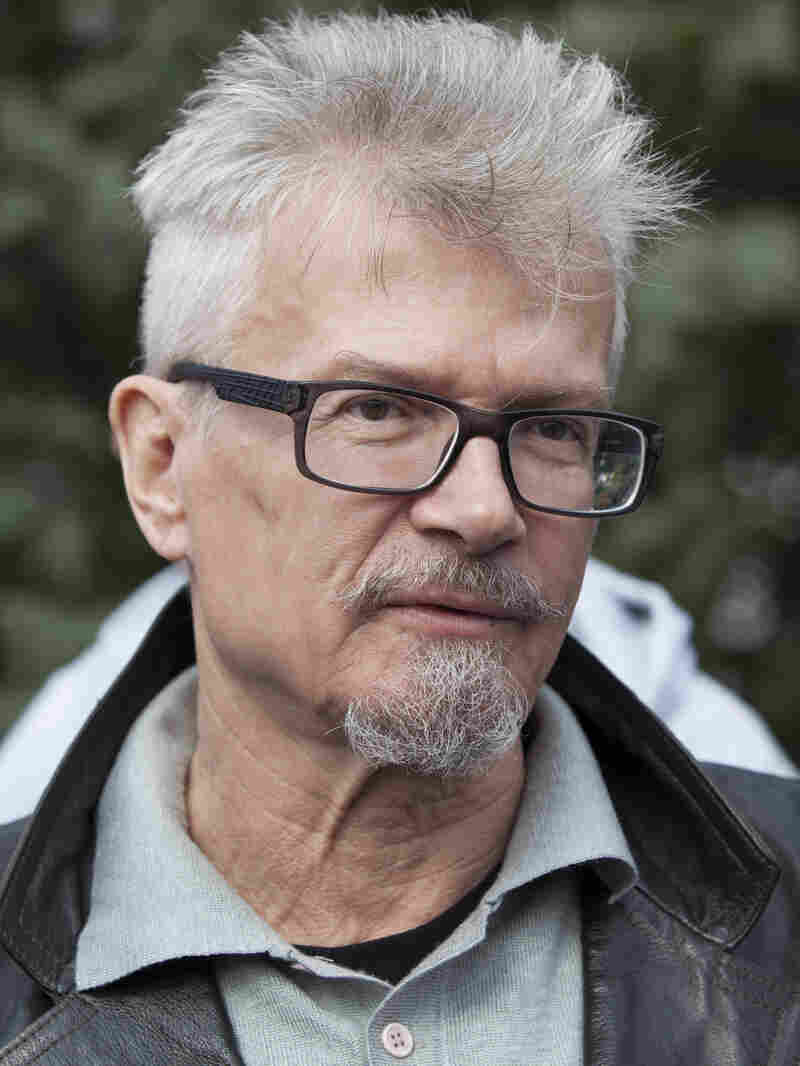 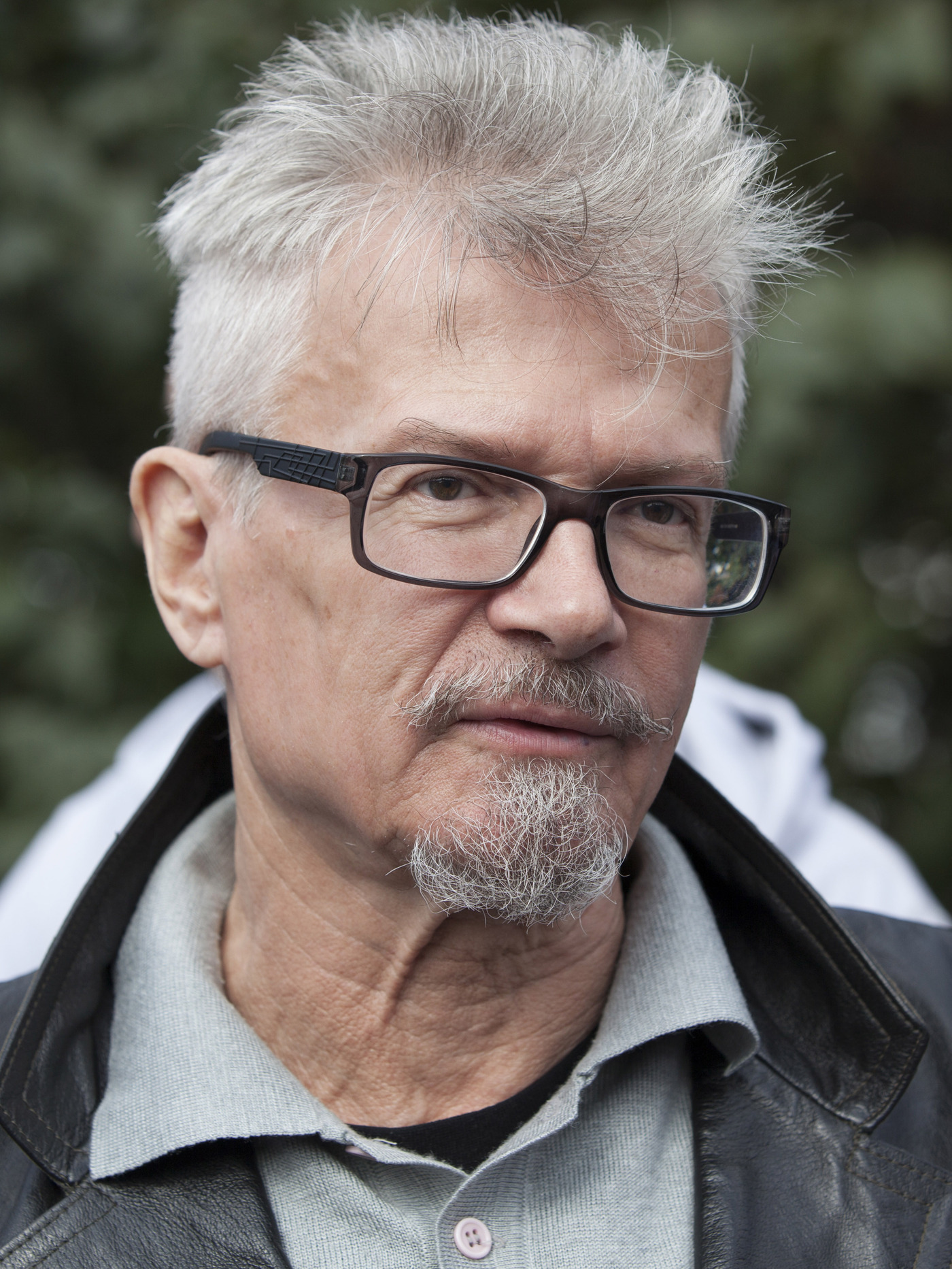 Russian writer and political dissident Edward Limonov was the founder of the National Bolshevik Front.

Carrere begins by being dazzled by the Limonov of the '80s, a self-styled punk writer who called Johnny Rotten a hero and "didn't think twice about calling Solzhenitsyn an old fart."

He ends up puzzled to see the punk hero sharing a stage with chess champion Garry Kasparov as a titular leader of "Drugaya Rossiya" (Another Russia), a polite, socially acceptable, Orange Revolution-style mainstream movement that the rhetorically bomb-tossing Edward of the '90s would have dismissed as a pathetic bourgeois affectation.

Carrere wonders: What could Limonov be thinking? "Does it amuse him," he writes, "the outlaw, the mad dog, to play the virtuous Democrat?" He spends the rest of the book trying to answer the question: Is this last part the act? Or was it the earlier part?

Carrere struggles with that theme throughout, and in the end toys with a horrifying surprise conclusion: Limonov is above all else a failure. "Edik" played his cards dramatically right at times (his truly steely, heroic endurance of Russian prison life made even his harshest critics take note), and very wrong at others. (Fighting and presumably killing with the Serbs in their ethnic massacres of the '90s? Really?)

But in the end, Limonov did not take over Russia. He became neither the next Lenin (his '90s ambition) nor the next Vaclav Havel (his 21st-century ambition), but is instead living out his days in his ultimate version of hell, if one goes by the punked-out ethos of his early books: approaching his senior years as a respectable quasi-celebrity and defender of virtue, sustained by the comforts of — of all things — family (well, his two children).

Edward Limonov is one of the most amazing people on Earth, the author of a few truly great books, a man who has lived a fuller life than any 10 of your most interesting friends combined. That would be more than enough, for someone who was only out to do just that. But for someone who sincerely wanted to rule over hundreds of millions, change the very lines on the map of the world, perhaps die gloriously in battle, and take a seat next to Tolstoy or Dostoyevsky upon his death — not so much.

Deep down, what does Edward want? We'll never know, and Carrere doesn't pretend to, either. Which makes his book as fascinating as its subject.

Matt Taibbi is the author of The Divide, Griftopia and The Great Derangement.

Read an excerpt of Limonov