Accessibility links
Millennials Continue Urbanization Of America, Leaving Small Towns Cheap real estate and widespread Wi-Fi haven't been enough to overcome the lure of the urban lifestyle. In fact, the number of millennials is growing fastest in some of the most expensive places. 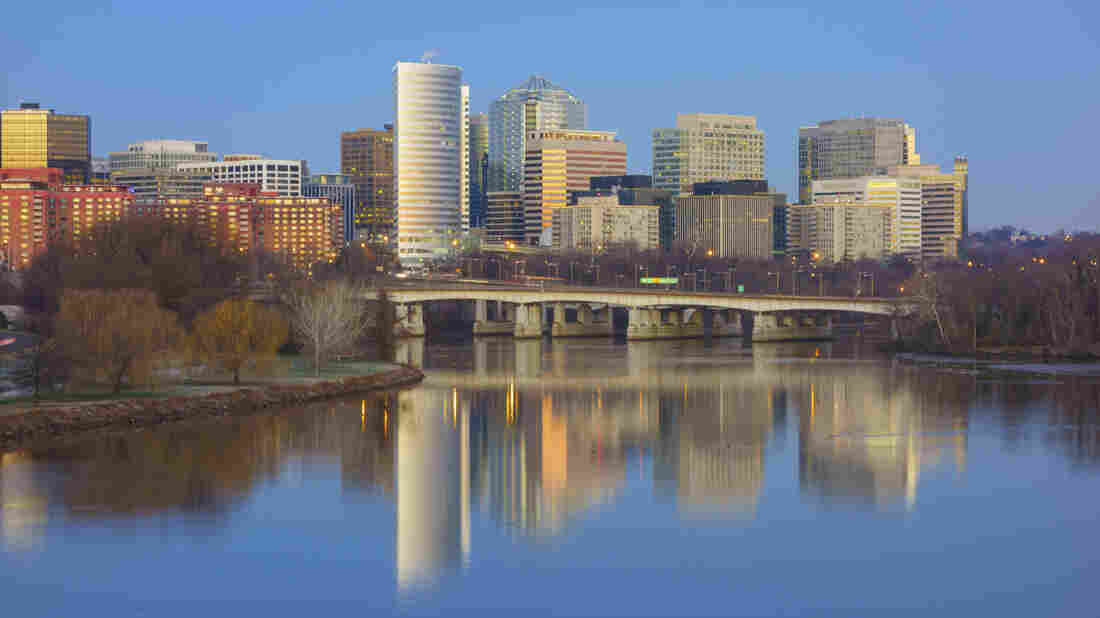 The Washington, D.C., suburb of Arlington, Va., was dubbed a top destination for millennials this year. Arpad Benedek/iStockphoto hide caption 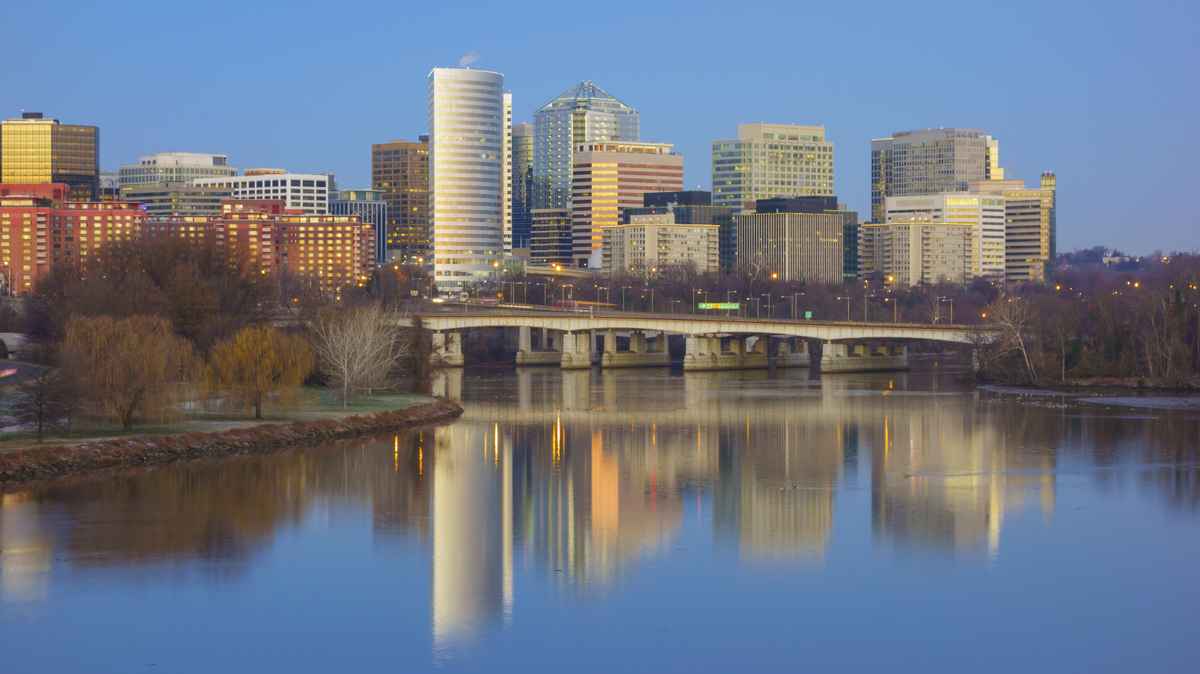 The Washington, D.C., suburb of Arlington, Va., was dubbed a top destination for millennials this year.

That's long been the storyline in small-town America, which for decades has bled citizens — especially young ones — to the glamorous big cities. One might have thought technology would stanch the flow, at least among millennials: With Wi-Fi and telecommuting, young people theoretically could dodge overpriced real estate and ugly commutes and opt instead for a spacious house with a big yard and a broadband connection.

But it turns out the millennial generation is only accelerating the demographic shift. In fact, this may be the most "bright lights, big city" generation in history. While the number of millennials is ticking slightly upward in small towns and rural areas, it's nothing compared with the growth of their numbers in suburbs and cities.

"At this point, the prognosis does not look good for much of small-town America," writes William H. Frey, a demographer at the Brookings Institution.

The kids aren't just flocking to the city proper, either, but to the metropolis writ large, including the fancier suburbs. The top destination for millennials is the Washington, D.C., suburb of Arlington, Va., where their ranks grew by a staggering 82 percent between 2007 and 2013. Arlington's median home sale price is $557,250, and of the 290 Arlington apartments listed on Zillow, only 10 would let you live alone for less than $1,200 a month.

An enterprising millennial with a flexible employer might hop across the Chesapeake Bay to the historic district of Cambridge, Md., (pop. 12,690) with a porch overlooking the Choptank River. With a thriving downtown and arts district, Cambridge was No. 10 on Livability's list of Best Small Towns in 2013. Homes go for $164,154, and a monthly $1,200 rental will get you a detached house or a 1,600-square-foot townhouse.

But affordable real estate and waterfront views don't have millennials biting. They continue "a multigenerational pattern of young adults preferring more expensive urban areas over lower-cost rural ones because the lifestyles and opportunities in such places make the extra burden of cost worth it," says Robert Lang, professor of urban growth and population dynamics at the University of Nevada, Las Vegas.

Which is to say: Getting to a big city — or at least near one — still has the smell of success.

"We don't all hail from small Midwestern towns, but most came from places where they felt limited — small-town Maine, suburban west Texas, California's Central Valley and the Inland Empire," wrote twentysomething Brittany Shoot of her friends and neighbors in the San Francisco Bay Area. "It's easy to find people who will sneeringly complain about how trapped they felt as teenagers."

Small towns will have to hustle to recruit and retain millennials, experts say. The American Planning Association urges local planners to mimic the appeal of city centers by creating "density." That means keeping the walkable neighborhoods and traditional town centers that millennials say is key to making a community a desirable place to live.

But without economic opportunity — that is, good jobs — the most charming downtown in the world can't attract permanent residents. Small towns may have to reinvent themselves, according to experts like Frey of the Brookings Institution.

But all is not lost. The numbers that point toward the decline of small towns also show a positive narrative for millennials, and perhaps a sunnier economic outlook than you'd expect. Notwithstanding student-loan debt and the stereotype of living in their parents' basements, a RealtyTrac analysis released in September showed that this generation is moving where the rents and mortgages are high. Arlington is just the tip of it.

From 2007 to 2013, the 10 counties that gained the most millennial residents had a median home price of $406,800. And the average population of those counties was 587,522 — a far cry from small-town living. Baby boomers filled out the other side of the equation by downsizing to counties with average populations of 261,232 and a median home price of $144,875.

So the best answer as to why millennials are moving away from smaller towns may be simple: because they can. And small towns will have to rev up their sales pitch to convince young adults that they can live not just cheaply but also well in the places that older generations called home.