Accessibility links
'Citizenfour' Follows The Snowden Story Without (Much) Grandstanding Documentarian Laura Poitras found herself deep inside the story of former NSA contractor Edward Snowden and his revelations about surveillance.

'Citizenfour' Follows The Snowden Story Without (Much) Grandstanding

'Citizenfour' Follows The Snowden Story Without (Much) Grandstanding 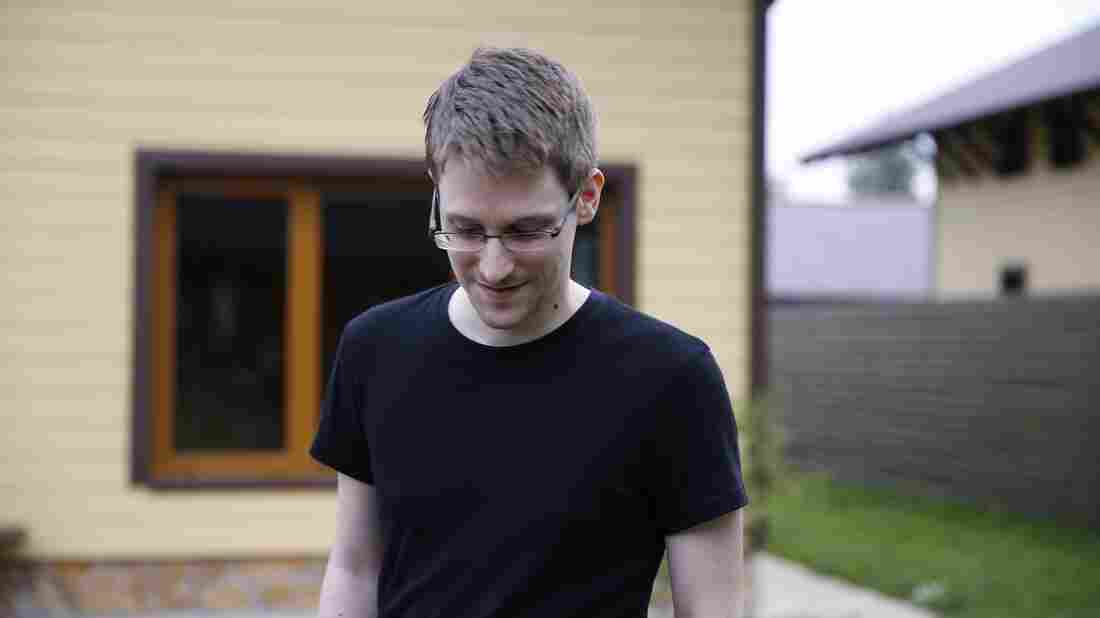 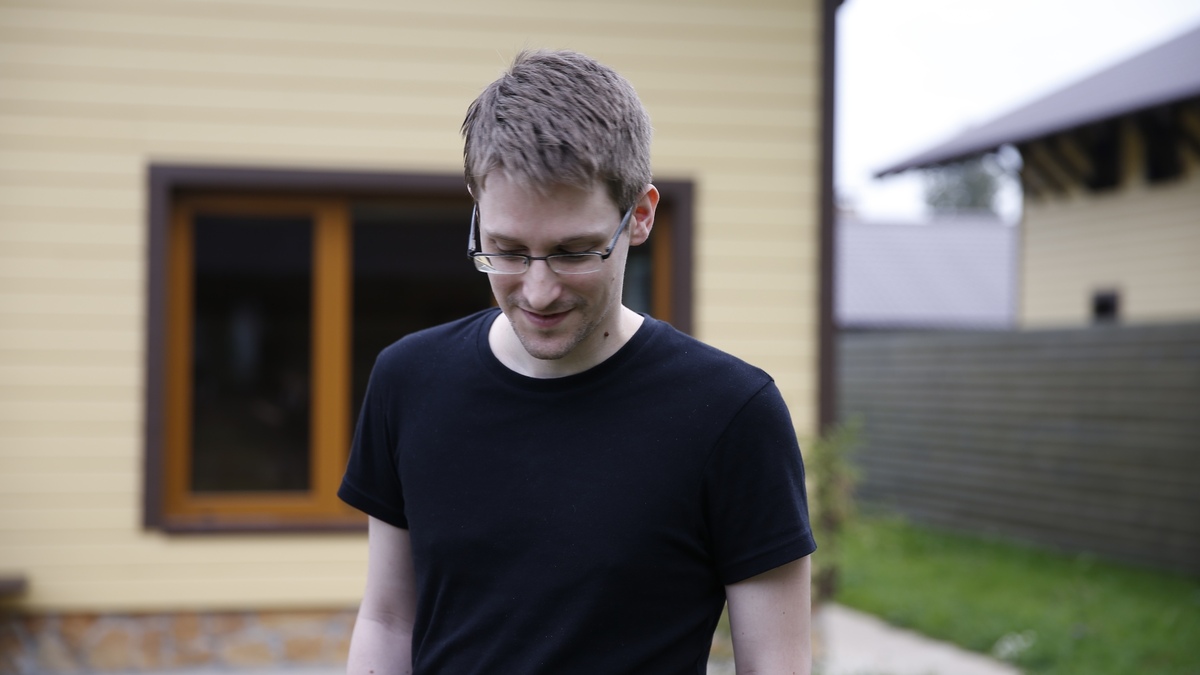 As a filmmaker, Laura Poitras is not a grandstander.

This seems worth pointing out because her documentaries deal with subjects of mass consequence, including her new Edward Snowden chronicle Citizenfour. If she wanted to preach, the matters at hand would allow for it. In her previous films My Country, My Country in 2006 and The Oath in 2010, Poitras chronicled the uncertain state of Iraq, multiple generations of jihadis in Yemen, and a terror suspect on trial at Guantanamo Bay. All these films are meant to encourage Americans to reckon with choices made in the War on Terror.

These projects and their consequences have become personal, and the lines between filmmaker and participant have blurred: She's said that she was stopped so many times by customs agents while entering the U.S. that she moved to Berlin. But she doesn't put herself onscreen. Instead, she presents her footage in deliberate, meditative fashion, and she eschews finger-wagging and easy morals — all of which distinguish her from just about every other current-affairs documentarian at work today.

Then again, Poitras has never had a subject as urgent or as familiar to the public as Snowden. The former National Security Agency contractor approached her in early 2013 — anonymously, over an encrypted Internet line — with his now-famous collection of documents demonstrating the reach and capability of U.S. government surveillance. He was looking for a journalist who could make them public, and the fact that he came to an art-house documentary filmmaker (after being unable to reach The Guardian's better-known civil-liberties columnist Glenn Greenwald) could be a sign that film buffs have surprising relevance in the real world.

Citizenfour, which Poitras is billing as the third in a trilogy of documentaries dealing with post-9/11 America, tracks how she came to meet and trust Snowden and become the holder of his secrets. (The title refers to the name Snowden gave himself in his first communication with Poitras.) Coming more than a year after the world first learned of the NSA's reach, the movie is too removed to function as breaking news, but it's too immediate and too intimate to unfold in the past tense with talking heads to put everything into a broader context. So Citizenfour serves a different purpose: a chance for Poitras to reorganize her Pulitzer Prize-winning story in her own medium and cinema verité style. It mostly works.

By now, the gist of the film is familiar. Poitras, bringing along Greenwald, traveled to Hong Kong in June 2013 to meet Snowden. This meeting takes up the bulk of the film, with the three figures — plus Ewen MacAskill, an investigative reporter from The Guardian — crammed into a beige hotel room as they urgently discuss matters of computer encryption. The room quickly goes from intimate to suffocating, with Snowden jammed into a corner chair or sprawled on his bed with a laptop, the camera inches from his face. The most memorable moment occurs when their talk is interrupted by a series of fire alarms, an incident that's funny because it plays so nicely into the film's pervading sense of paranoia.

Poitras uses the meetings as the focal point in a larger, complex tale of surveillance and secrecy across America, and ropes in William Binney, a former NSA cryptologist who became a whistleblower in 2002; the agency's data-collection facility under construction in Bluffsdale, Utah; and Guardian editors terrified of running articles implicating Britain's equivalent of the NSA. This surrounding material helps explain the importance of Snowden's information, but it doesn't necessarily validate Poitras' decision to include so much footage from their meeting in the final cut. She could have taken a cue from her own The Oath, which cut effortlessly from Yemen to Gitmo and back in order to communicate things unspoken about the difference between an ex-terrorist and a detainee.

Despite the conflict Poitras drums up over whether and when Snowden should reveal himself, the film feels downright anti-dramatic. It is paced laboriously and refuses to break up the hotel room with other action, and it seems to have no interest in the particulars of Snowden's escape to Moscow. Still, he's given some compelling new layers, as he alternates between the confident super-spy persona he adapts in his correspondences and palpable fear. With the camera so close, he becomes visibly frustrated when telling his journalist confidantes not to leave the same SD card in their laptops for days. "Pro tip," he says between nervous laughs, a moment more endearing than the numerous shots of him pacing his room or staring out his window. Greenwald, meanwhile, plays the courageous-crusader role Poitras denies herself. At several points in the film, he and Snowden simply talk at each other, each desperate to prove he agrees with the other's philosophy, in scenes that surely recall many columnists' house parties after 2 a.m.

As for genuinely new revelations, Citizenfour doesn't have many. A late snippet, which Poitras shot in a provocative, Rear Window-style voyeuristic fashion, reveals that Snowden's girlfriend has been living with him in Moscow for months. And, though a concluding Greenwald-Snowden meeting teases the existence of a second inside source, the camera obscures notes Greenwald rips up for security's sake — save certain tidbits about drones, already made public. From a cinematic perspective, it feels less like Poitras is protecting information and more like she's simply teasing us. ("Wouldn't you like to know what we found?") After spending the length of her film on Snowden's leaks, Poitras closes with an image of him reading someone else's information and saying, "Wow." The choice seems — well, like a rare bout of grandstanding.