Accessibility links
In 'Force Majeure,' Society Crumbles Under An Avalanche The wickedly funny Swedish black comedy follows a family after its patriarch makes a selfish, split-second decision in a time of crisis.

In 'Force Majeure,' Society Crumbles Under An Avalanche

In 'Force Majeure,' Society Crumbles Under An Avalanche 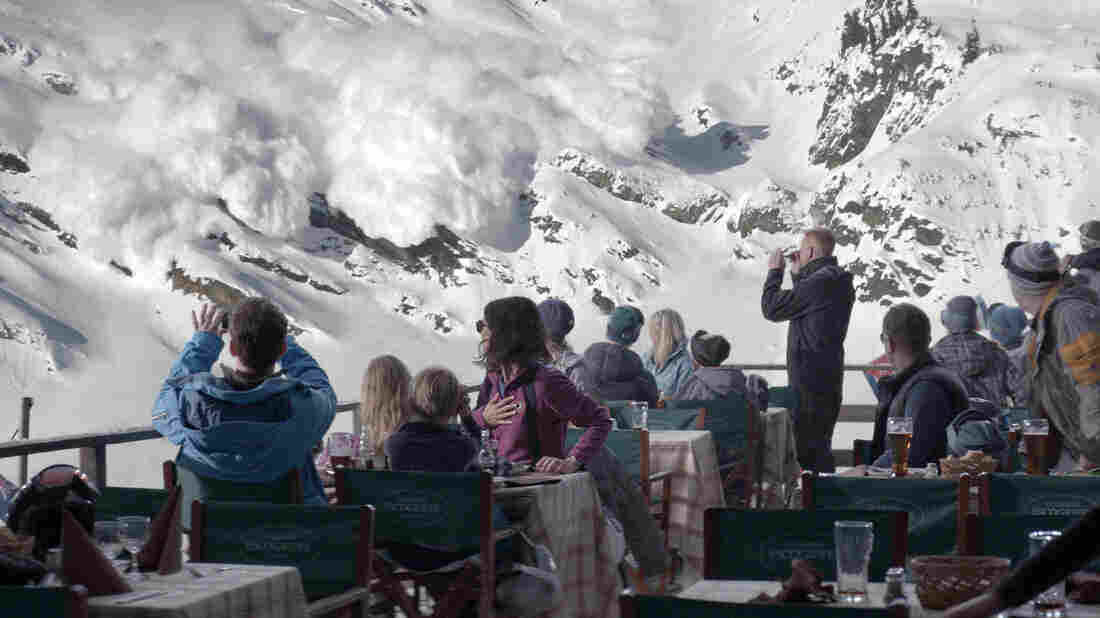 Force Majeure follows the aftermath of a split-second decision made by a father during an avalanche. Magnolia Pictures hide caption 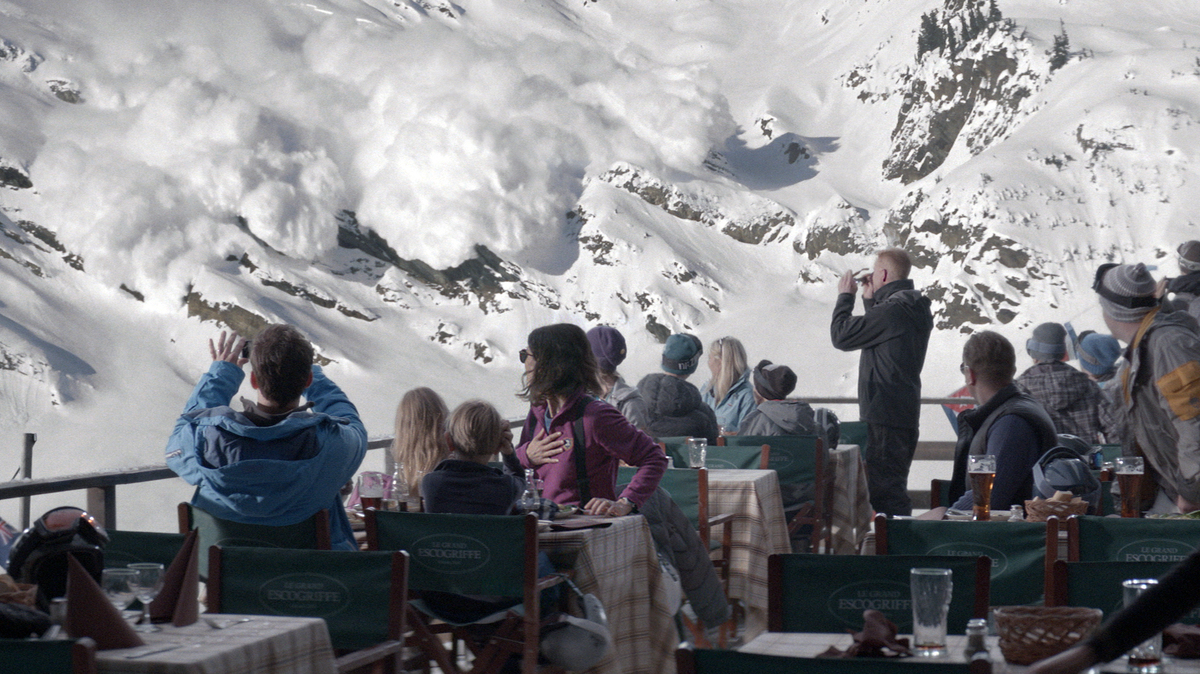 Force Majeure follows the aftermath of a split-second decision made by a father during an avalanche.

Off to the side of the wickedly funny Swedish black comedy Force Majeure lurks a minor but significant figure with a sour, slightly saturnine face. The man is a cleaner in a fancy French Alps ski hotel and he hardly says a word. But his wordless hovering inspires dread, nervous laughter or both. Which pretty much sums up Force Majeure's adroit shifts of tone, and quite possibly its director's take on the ways of the hip urban bourgeoisie.

Cleaners dig for dirt, and this expressionless snooper keeps popping up to intrude on the unraveling of a seemingly perfect couple. They're so wrapped up in their bickering efforts to restore equilibrium, they fail to notice that they've locked their two young children in a room with a creepy stranger who could pass for an ax murderer.

A successful businessman who seems equally pleased with his good looks and his cell phone, Tomas (Johannes Bah Kuhnke) has come to this pricy resort to relax with his trophy wife, Ebba (Lisa Loven Kingsli), and their two children. They make a sleek, perfect domestic unit in a perfect, smooth-running hotel, all clean lines and blond wood.

Well, forget that: Force Majeure is framed around the fast-moving degradation of the couple's week-long vacation, which heads south after a supposedly controlled explosion backfires, setting off an avalanche that bears down on the family's patio lunch. Instead of protecting his family, Tomas snatches up his phone and takes off. So much for alpha males, and it's not over yet.

Physically, everyone's fine, but a shocked Ebba can't stop repeating the story of her husband's escape to anyone who will listen, as well as some who'd rather not. The couple's unease quickly infects the friends who join them: a red-headed, hyper-masculine Viking type (Kristofer Hivju) who looks a bit like an escapee from the set of Brave, and his pert, much younger girlfriend (Fanni Metelius). Here, writer-director Ruben Ostlund pauses to poke more fun at patriarchy, but no one in this increasingly unpleasant, hapless crew gets off unscathed.

Ostlund is a gifted creator of malignant ambience, which he masterfully uses to keep his audience wound tight and unsure whether the payoff in catastrophe will be physical, emotional or both. He bathes us in pervasive unease (electric toothbrushes play a recurring role) rendered all the more sinister by a snowy backdrop of breathtaking blues and grays.

Of course, nature is no more authentic than anything else in this fiendishly contrived movie, in which natural beauty is CG-enhanced to the point of hysteria: The heavy silence is disturbed only by the soft swish of skis on pristine snow or the brittle chatter of ski-suited hotel guests seeking hookups. Those man-made explosions elicit jumps, but in no way prepare you for the feral misbehavior that disrupts this borderline fascistic milieu, only to disappear into white fog — then reappear for encores.

In one of the film most entertaining moments, an unhinged Tomas sinks to the floor and launches into a confession like a fearful 8-year-old. Yet Ostlund isn't just getting under the skin of a smug bourgeois marriage. Force Majeure is about the paper-thin fragility of civilization itself.

That's not a terribly original insight, but it's cunningly driven home by a crucial turn of the screw when a crowd of homeward-bound vacationers walks down a mountain in a kind of ecstatic silence, aware of precisely how much human frailty they share in common. Metaphorically speaking, one in particular has just been dragged from a very high horse. Let's just say that that person's consort is quite pleased.