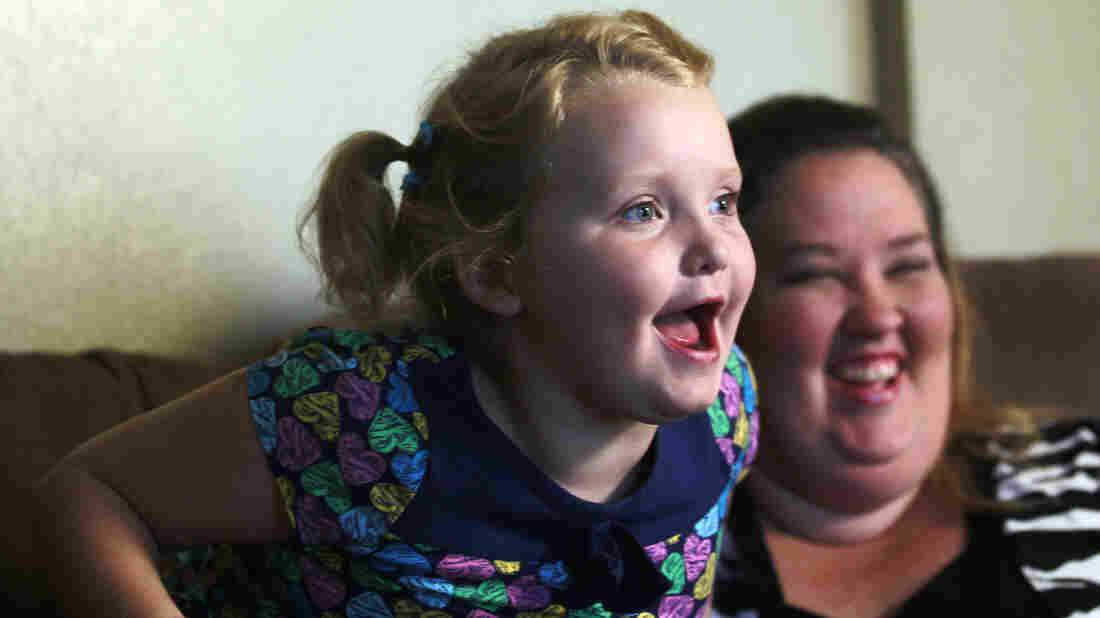 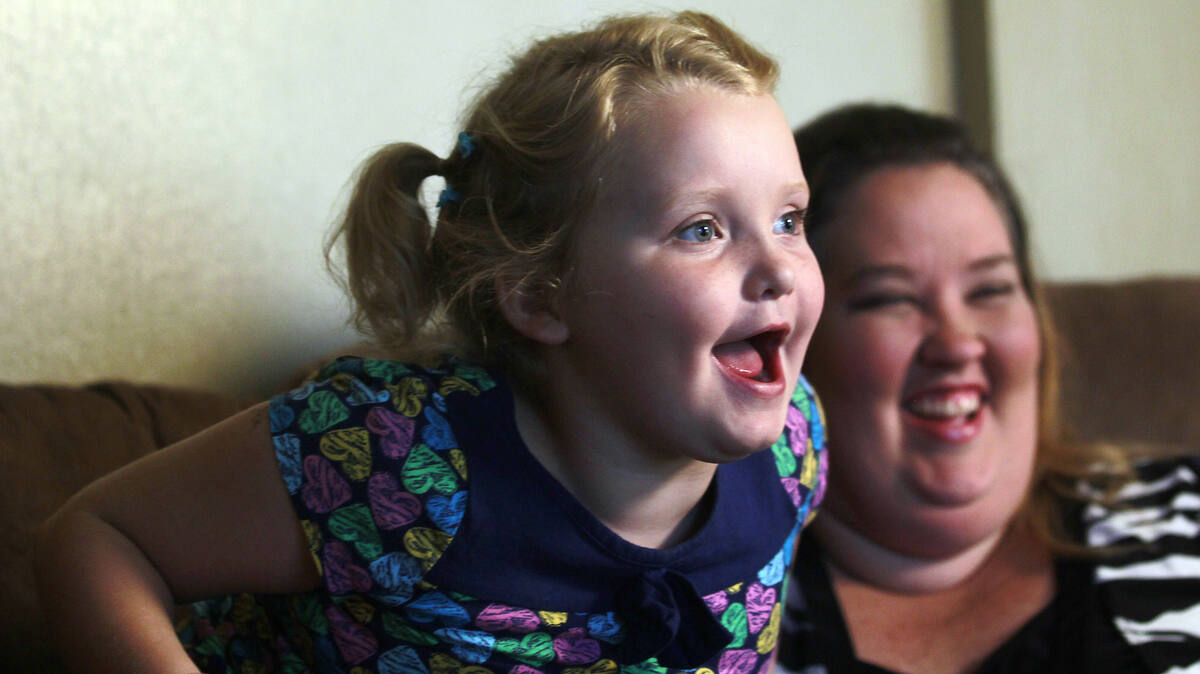 It's easy to slip into gloating mode, now that cable channel TLC has finally canceled a show so many of us critics have hated for so long: Here Comes Honey Boo Boo.

Shannon has denied the allegations, saying in a video on her Facebook page that "I have not seen that person in 10 years." But TMZ posted a photo it says depicts Shannon and the man, 53-year-old Mark McDaniel, recently hanging out with friends in a hotel room.

Days later, TMZ published another photo of McDaniel, Shannon and her youngest daughter "Honey Boo Boo" Thompson together, amid reports that McDaniel was convicted and jailed for molesting an older daughter of Shannon's a decade ago.

TLC on Friday issued a statement without addressing the allegations directly: "TLC has cancelled the series HERE COMES HONEY BOO BOO and ended all activities around the series, effective immediately. Supporting the health and welfare of these remarkable children is our only priority. TLC is faithfully committed to the children's ongoing comfort and well-being."

This is where you would typically insert lots of commentary referencing early questions of whether the show exploits its young star (it was developed as a spinoff of the child beauty pageant series Toddlers and Tiaras). Or you could note how such "hicksploitation TV" shows stereotype rural, Southern families with little regard for the impact of turning their lives into national punch lines.

And you could comment on how all the justifications from Mama June insisting participation in the show wouldn't seriously damage her daughter — echoed by TLC as it raked in the ratings, of course — feels bitterly hollow now.

But this is something we've seen in a less alarming way before. When Duck Dynasty star Phil Robertson let his inner homophobe fly in a GQ magazine interview, A&E suspended him, then unsuspended him and saw ratings plummet nearly 50 percent from the show's heights.

Bravo's Real Housewives franchise just saw two of its stars, Joe and Teresa Giudice, sent to prison on conspiracy and bankruptcy fraud charges, leading some critics to wonder whether such activities were connected to maintaining the wealthy lifestyle showcased on the program. (Bravo, of course, turned a post-sentencing interview into a TV special.)

Too often, it seems reality TV producers have been in the business of handing worldwide platforms to dubious people in questionable circumstances. They shrug off criticisms of their high-wire TV acts and cross their fingers, hopeful that their "stars" won't implode until — like the bitter divorce between Jon and Kate Plus 8 stars Jon and Kate Gosselin — their shows are already in decline. (Honey Boo Boo's recent ratings have also been lower than previous highs.)

According to TMZ, TLC has a season's worth of Honey Boo Boo episodes it is shelving. But the website also reported that Shannon was sneaking off during filming to spend time with McDaniel, raising questions about what the cable channel knew and whether it should have called off the series before allegations about this relationship were made public.

Often, the consequences for creating these kinds of TV shows can seem ephemeral and academic. But even if Shannon's denials about dating McDaniel are true, the entire episode has become national news in the most brutal way — possibly leaving vulnerable children and a fractured family in its wake.

Wonder if anyone will think of this when the next exploitative TV concept comes up?