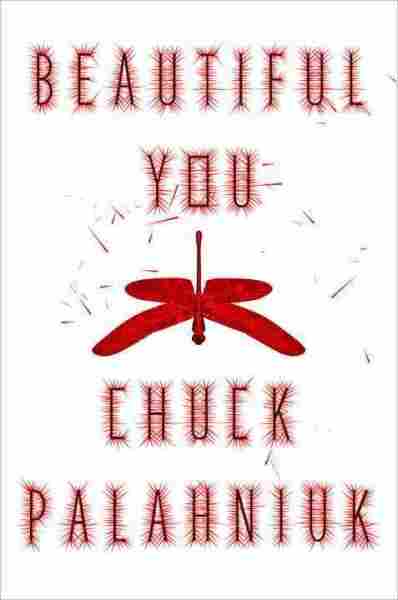 At first, I wanted to write this review of Chuck Palahniuk's new book, Beautiful You, as a letter. A lament, really, from a former fan and dedicated Palahniuk loyalist to the author who brought Fight Club to the page like he was writing in fire. Because I am a man, and because I was once a younger man, I loved Fight Club for its apocalyptic depiction of the wasteland of modern masculinity and its viciously smart skewering of consumer and service culture. I read Choke and liked it. Less than Fight Club, but still. Read Lullaby, too. And Rant and Haunted. And liked them all less than I did Choke.

But I wanted to tell Chuck that I'd maintained the faith. Even as more books came out (some of which I just plain skipped), he was, to me, still the guy who wrote Fight Club. And I went into Beautiful You like a lapsed Catholic wandering into a church after too long away, hoping to feel once more the old magic. The joy of connection.

Beautiful You is the story of Penny Harrigan and C. Linus Maxwell — known occasionally as "Climax-Well" for reasons that Palahniuk will never allow you to forget. Penny is a deliberately lazy caricature of a plain Midwestern girl who goes to New York to become a lawyer and live the promise of her skin-deep feminism. She's a little heavy. Eats too much ice cream. Can't pass the bar so is still fetching coffee at a high-powered Manhattan law firm. Loves shoes she can't afford. Blah blah Bridget-Jones-From-Omaha blah.

Maxwell is a tech billionaire, cold and robotic, known for serially dating actresses and politicians. He begins bland but slightly charming, ends bland but blandly evil. Bet you can guess what happens, right? He and Penny end up dating (kinda) because that's just what happens in everything from fairy tales to 50 Shades Of Grey. A Cinderella story but with a lowly legal associate and a tech billionaire. Satire!

But then things just get weird. And by "weird" I mean stupid. Everyone take a deep breath ...

Palahniuk's women are all single-minded: All they care about are the orgasms their husbands could never give them. And now that they can do it themselves — bringing themselves to multiple, occasionally coma-inducing, occasionally deadly climaxes impossible before Beautiful You — they abandon their careers, their families, their lives, and seek nothing but endless pleasure.

'Damned' Teens In Hell: A Condemned Coming Of Age

Palahniuk's men don't fare any better. All of them are at a loss without their wives and/or mothers. They wander the streets unshaven, unable to tie their own ties, desperate to find some woman to cook dinner for them.

And seriously, this only takes us to about the halfway point. I'm not even telling you about the 200-year-old sex witch who lives in a cave in the Himalayas like a cast-off character from an abandoned Tom Robbins novel, or the various rape scenes, or the nanobots, or the vagina lasers.

In defense of the book, I will say that it did gain a kind of manic, ridiculous, over-the-top energy in the final scene when Palahniuk, as though proving that everything before had been rationally restrained, just goes for broke with send-ups of fantasy novels, all fairy tales, apocalyptic fiction and courtroom dramas. There are flaming sex toys used like mortars, evil-genius monologues, a gasping death scene and more ironic exclamation points than I have ever witnessed used in one place.

But it was all too late. By that point, I just wanted the book to be over. And now I just can't write that letter — because with Beautiful You just a distasteful and thoroughly insulting cheap-shot memory, I can no longer make myself care enough about Chuck Palahniuk to bother.