Accessibility links
No Small Feat: The NBA's Shortest Player Never Gave Up At 5 foot 3, Muggsy Bogues holds the record as shortest player in NBA history. Criticism of his height started on the basketball courts of the Baltimore projects and continued well into his career. 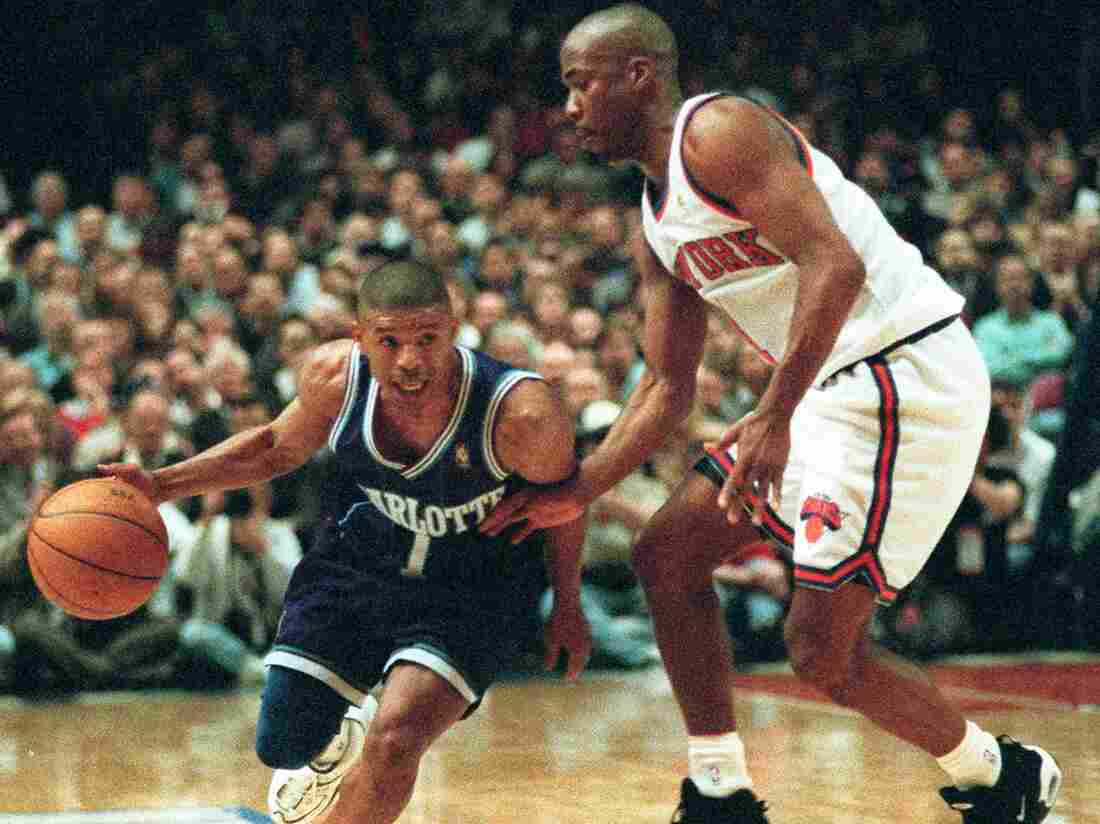 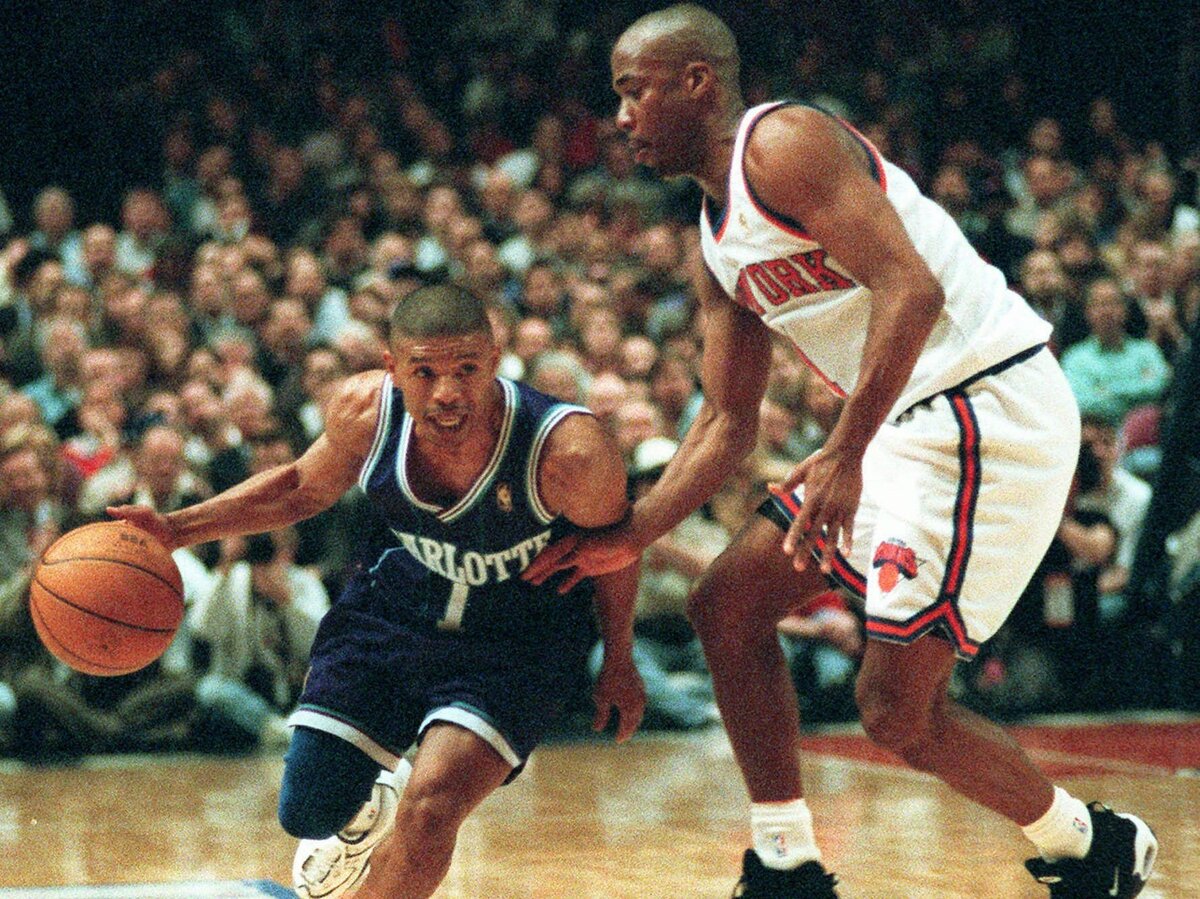 At 5 feet, 3 inches, Tyrone Bogues, better known as Muggsy Bogues, holds the record as the shortest player in NBA history.

He was drafted by the Washington Bullets in 1987, but he's best-known for playing with the Charlotte Hornets alongside Alonzo Mourning and Larry Johnson.

Bogues says he comes from a family of "5-footers," so when he stopped growing, it was no surprise.

"I always tell people, I think my mom had me when I was 5 feet, 3 inches" — I don't remember ever growing," Bogues says.

Raised in Baltimore's Lafayette projects, Bogues loved to play basketball — but he always had to prove himself. The other kids didn't take him seriously on the court, saying he was too short to play. 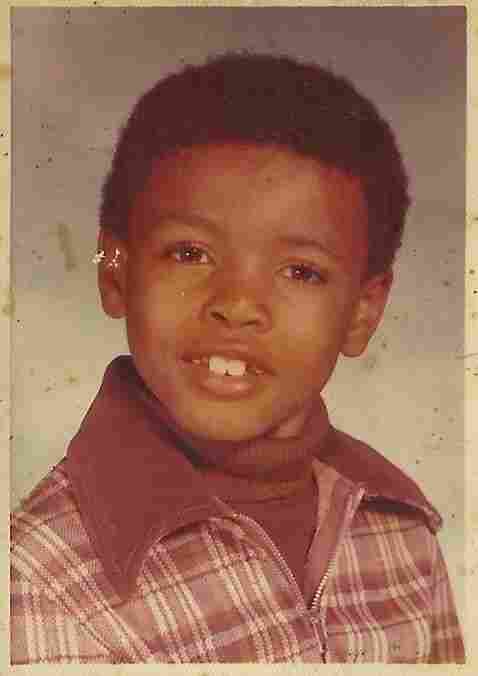 Tyrone Bogues had a passion for basketball at an early age. Growing up in Baltimore's Lafayette projects, he earned the nickname "Muggsy" for his scrappy, aggressive defense. Courtesy of Tyrone Bogues hide caption

"I was 'Little Ty,' 'Little Tyrone.' I always got this negative feedback from the game of basketball," he says. People told him he was wasting his time; he'd never play basketball. He remembers thinking, "Why were these people saying this? I know I could play."

When the team captains picked their players, Bogues was always left out.

"The game is being played and we got to sit over there and watch," he says. "You get tired of just watching."

So he and his friends found empty milk crates and cut the bottoms out to make baskets.

"We tied the milk crates on each end of the fence and we had our own milk crate basketball pickup game and it was a good time cause we could jump off the fence and dunk the basketball," he says. "You had to be creative in order to play and I wanted to play."

Even back then, Bogues was an aggressive defender.

"I had to play that way because I was small," he says. "A little kid that just was out there trying to create havoc, just trying to disrupt a lot of things."

That's when the older kids started to notice him.

"All of a sudden, little Muggsy started getting a little reputation in the neighborhood," he says.

Rolling With The Punches

Throughout his teenage years, Bogues continued to build that reputation on the court. He even became a star player on the Dunbar High School basketball team.

Yet he still overheard his skeptics in the crowd questioning his ability to play.

Luckily, not everyone saw it that way.

"Wake Forest came knocking on the door and I accepted that offer," he says. "It changed my life completely."

Still, his critics were relentless.

Even the commentators at games openly criticized Wake Forest for taking a chance on Bogues.

"[They would say] 'Why did they waste a four-year scholarship on a little kid that's only 5 foot 3, who can barely see over a table?' " Bogues says. "All this negativity started coming from so many directions."

It was almost too much to handle, but Bogues' talent was undeniable.

"We had the chance to play a national televised game against [North Carolina State University]," he says.

Finally, this was his chance to shine at Wake Forest. And it was one of his best games. 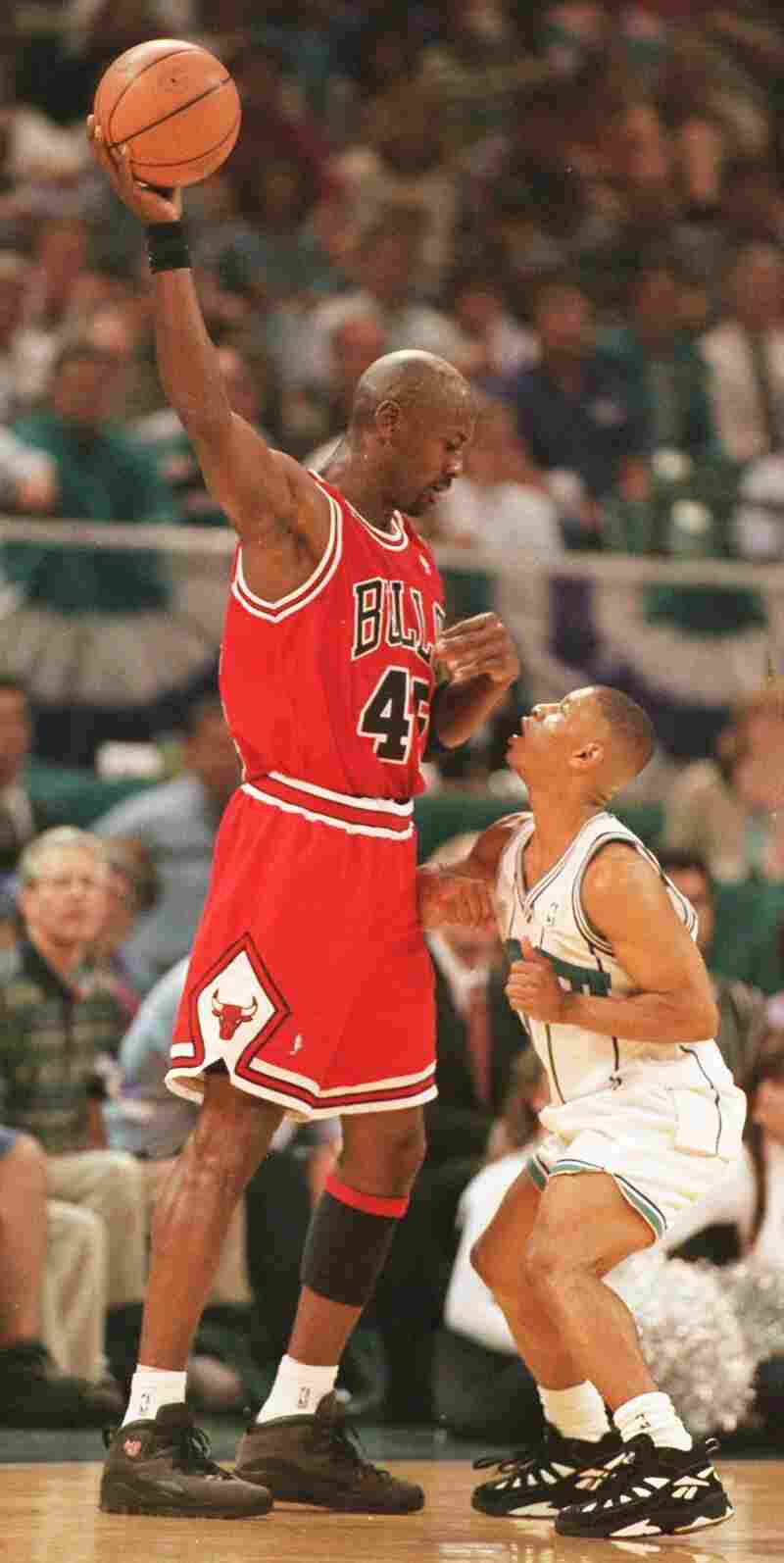 Chicago Bulls' Michael Jordan looks down on Muggsy Bogues during a game in 1995. Bogues, who stands 5 feet, 3 inches, is the shortest player in NBA history. Ruth Fremson/AP hide caption 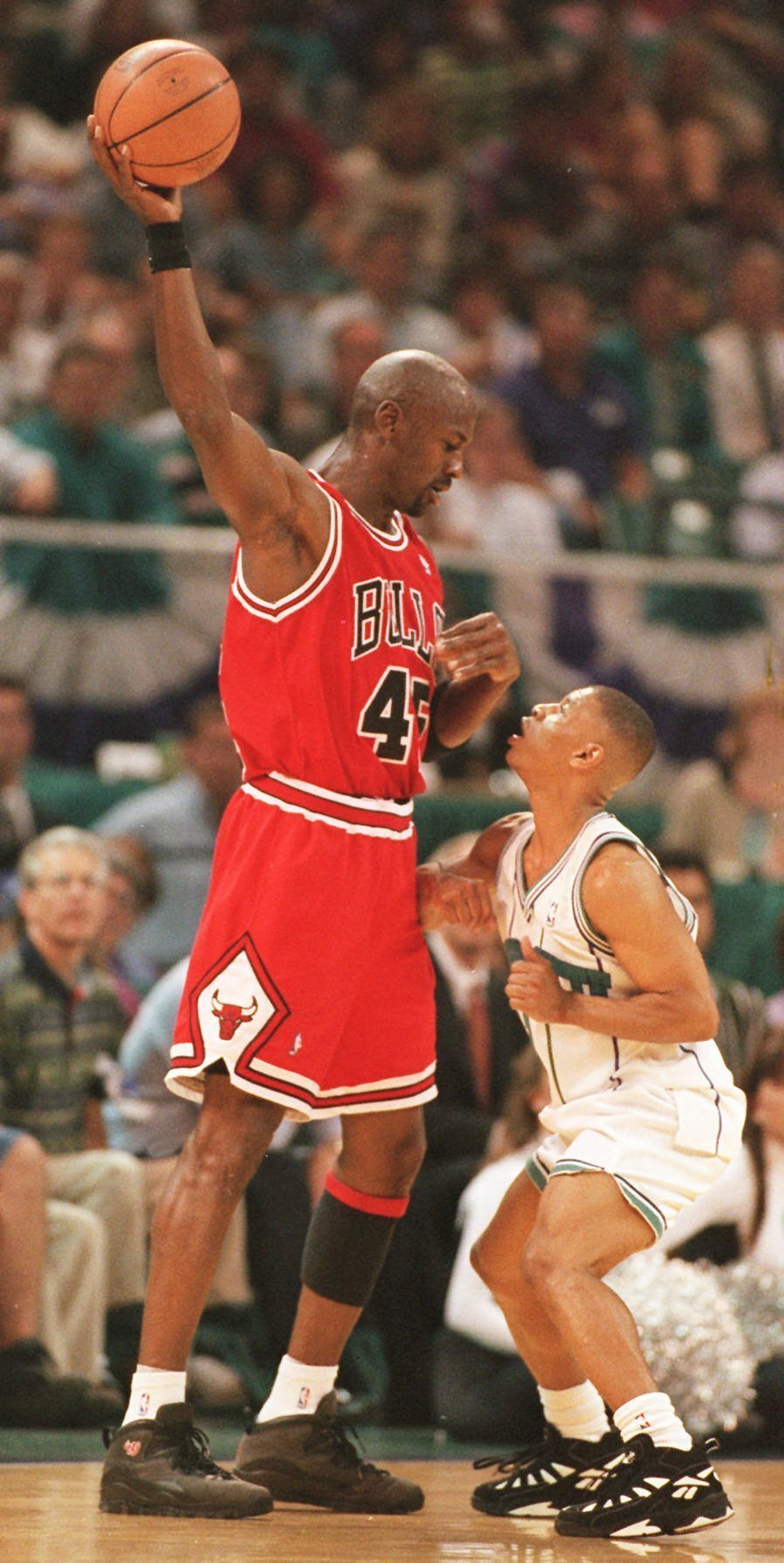 Chicago Bulls' Michael Jordan looks down on Muggsy Bogues during a game in 1995. Bogues, who stands 5 feet, 3 inches, is the shortest player in NBA history.

"I had 20 points, 10 assists," Bogues says. "From that moment on, I continued to keep building that reputation."

The stage was set for Bogues' professional career. By the time he graduated, he had a real shot at the NBA.

On the night of the 1987 NBA draft, Bogues was one of the many prospective players sitting in the crowd in New York. He had no idea what his future in basketball would look like.

"It felt like the whole world was lifted off your shoulders," Bogues says. "You felt like, 'I have arrived.' "

"All the naysayers, the people saying that you'll never [play]. Why are you even thinking about it? A guy my size wanting to pursue a game that was supposed to be meant for the big guys," Bogues says. "That was a special, special moment."