Accessibility links
First Listen: Deerhoof, 'La Isla Bonita' Deerhoof has always toyed with the whimsical, but its 12th album feels like its most playful work yet. More relaxed than its predecessors, it retains the long-running band's capacity to thrill. 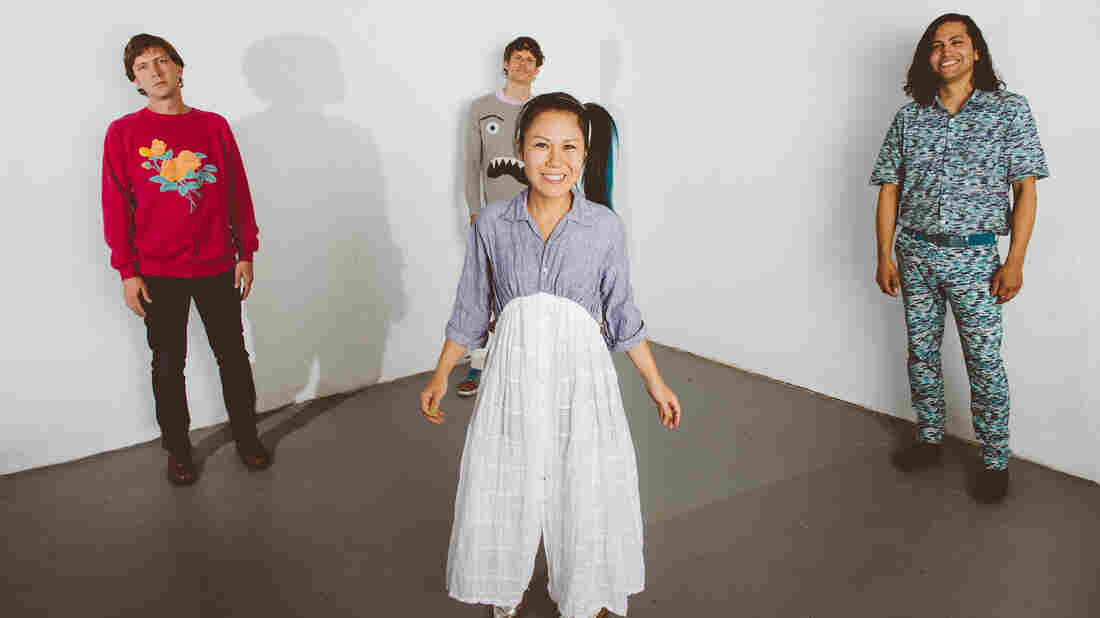 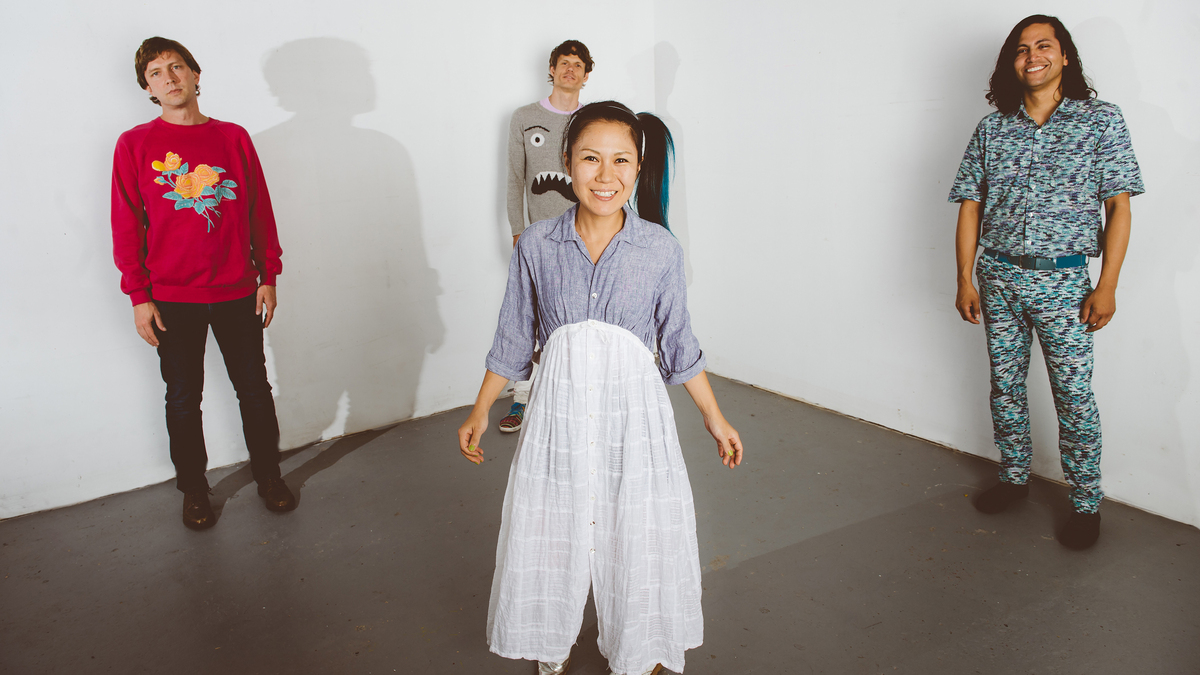 For 20 years, Deerhoof has found special and exciting ways to make you feel as if your head might explode. Between Satomi Matsuzaki's confounding lyrics, brittle screeches of bone-shattering guitar and Greg Saunier's spastic drumming, listening to Deerhoof can leave listeners reeling. As Saunier said recently, "The Deerhoof fan is a thrill-seeker."

On La Isla Bonita, its 12th album, Deerhoof abandons none of the thrills while still sounding more relaxed than ever. If much of the band's catalog has the power to overwhelm you like a colossal Thanksgiving feast, then La Isla Bonita is by comparison a tapas dinner of musical ideas. Bold guitar licks shoot in and out, never staying past their welcome, while Matsuzaki's vocal quips hang deliciously in the air. The shrill lead-guitar part in "Doom" sounds like a flock of dying birds singing "La Bamba," while the epic riff in "Exit Only" is a monolithic monster that comes ripping through headphones. In "Mirror Monster," Saunier adds gentle drums to help place the spotlight on an elegant bass solo.

Saunier has always been a manic drummer; when he performs, a shower of drumstick shrapnel erupts overhead, and he has a tendency to hit his kick drum so violently that the whole thing leaps forward. On La Isla Bonita, he reins in his unhinged fills and polyrhythmic spasms, opting instead to focus on satisfying, steady grooves that give these 10 songs a more controlled pace. By dialing down, he throws the occasional glorious freak-outs into sharp relief, like the out-of-left-field fireworks explosion of synchronized voice, drums and guitars in "Last Fad."

Deerhoof has always toyed with the whimsical, but La Isla Bonita feels like the band's most playful album yet. Recorded live in guitarist Ed Rodriguez's basement over the course of a week, it wonderfully exemplifies a band that still packs its music with surprises 20 years into its career. One of the biggest twists arrives at the very end of La Isla Bonita: The hypnotic bass line in "Oh Bummer" wouldn't sound out of place on Thriller. But in typical Deerhoof fashion, it doesn't stay still for long, and the album ends with an agonizing, extended shriek of feedback. Don't get too comfortable, Deerhoof seems to be saying. And with a big grin, no less.